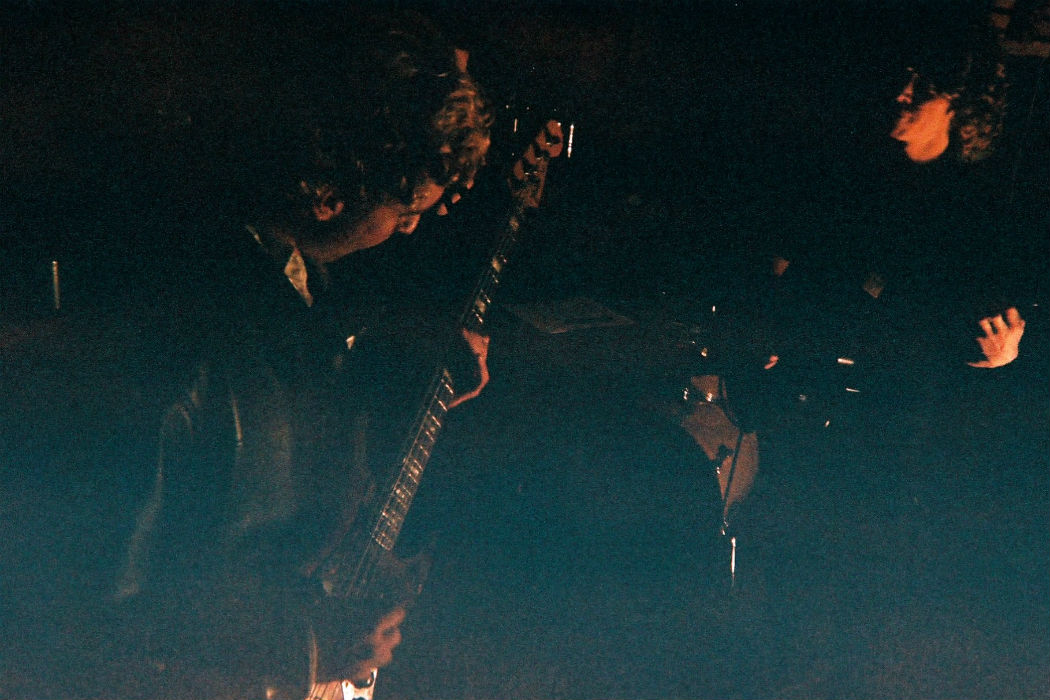 Tory Knowles is the multi-instrumentalist, songwriter, and producer behind Valuemart, a project Knowles states is “dedicated to reviving the goth and new wave scene using the recording techniques and strange energy of the 80’s”. We talked with Knowles to find out how he is reinventing a name previously associated exclusively with the Canadian supermarket chain and how he’s come up with his own dark sounds.

KALTBLUT: Can you tell me how this project was born? Where does the name come from?

Tory Knowles: Valuemart was born in my hazy, alcohol-fuelled travels around Indonesia. In my downtime, I would write this kind of dark lyrics about the strange dreams I was having every night. I began to create some rough demos on my laptop using old bass tracks I had recorded. I lived in Australia for a month after Indonesia, which is where Valuemart really came to fruition. It was a very dark time in my life, induced by cold, rainy weather and heavy alcoholism. I started to find comfort in the goth and post-punk music of the 80s and began to emulate the style. Eventually, I had this shitty sort of thrift store of demos, all very original, weird, and with a vintage kind of quality. So as a play on that, I came up with Valuemart. Discount D.I.Y goth hits.

KALTBLUT: What were your favourite moments that you can recall from that month in Australia?

Knowles: The surf was amazing the entire time, and two friends and I rented our first house just a few blocks from the beach. It’s a wild country and the ocean is so powerful – most of my memories are of getting washed onto the rocks at the break down the street from our house, or a close encounter we had with a great white shark. I hit it off with a local girl the first night I arrived also, and she drove me up and down long stretches of windswept coast which were insanely beautiful. Music wise – Australian pub rock is one of my favourite things in the world. It’s classic, raw, and hilarious, with no filter. And there’s always a mosh pit. Watch out for the slot machines in the pub though. I developed a terrible gambling addiction and blew through my money within a month. Unable to pay the rent, I bought a plane ticket on my credit card and flew straight home. I can’t wait to get back though. That’s definitely going to be a long stop on the world tour.

KALTBLUT: You mention many things you were attracted to in the past that heavily influence the project now. What kind of perception do you have on D.I.Y goth now?

Knowles: I didn’t know until after releasing my first album that other solo artists were making similar music. I’ve connected with a lot of great artists committed to the goth and post punk resurgence since then, and there’s so much talent right now, but I feel like the lo-fi qualities that come from D.I.Y really detract from the music. One of the best things about 80’s music is how well it was recorded, still retaining analog warmth but with brand new experimental sounds, synthesizers, and mastering techniques. In my opinion, with few exceptions (Ariel Pink for example), D.I.Y music is not a sustainable or profitable art form, but rather a poor man’s starting point to show off your songwriting capabilities for a chance at a record deal. I love listening to hidden lo-fi gems on occasion, but in reality, I’m listening to well produced, studio recordings most of the time. I’ve learned to mix, master, and produce to the best of my ability, and realized you can only get up to a sub-par quality when you still record in your mom’s garage with cheapo equipment. That said, there’s nothing as fun as having complete control over every second of your music. I take a lot of influence from Robert Smith on that note. You can tell he’s tortured when things don’t go exactly his way on an album or a music video, and I’m the same way.

KALTBLUT: Who are your favourite artists that you’re listening to lately?

As far as modern music goes, well, I’m always listening to Ariel Pink. I never get tired of his music. Also my friends Shameface and Blunites. They’ve helped me out a lot getting into playing live. And – Part Time, Black Marble, DIIV, Lebanon Hanover, and Velvet Condom.

KALTBLUT: What do you think of the modern post punk, dark wave, cold wave scene and how do you imagine you’ll find your place in it?

Knowles: To be honest about the modern scene, I really don’t know that much about it – only a few bands come to mind; She Past Away, Boy Harsher, Cabaret Nocturne, Lebanon Hanover for example. I’ve received a lot of attention from fans of those genres in South America and Europe though, and it’s such a cool feeling to be a part of something underground where everyone is so friendly and supportive. I had no idea how many people are dedicated to reviving the scene, using blogs, podcasts, and pirate radio stations. I have a feeling it’s going to go big, and I’m so glad to have a part in it.

KALTBLUT: What is the narrative behind “Blow”?

Knowles: It’s a look back to a few years ago when I was 18, using my fake ID to go to the local bars (the drinking age in America is 21). Cocaine was becoming a bad habit and I had just gotten out of my first post-high school relationship. I was lying about my age and picking up much older girls. The lyrics say the rest. Those years are a big blur, but they’re behind me now.
‘Blow’ is my attempt at capturing that energy.

KALTBLUT: Do you tend to share such honest, vulnerable glimpses into your dark past with your music? Is that how you prefer it to be?

Knowles: It’s not very often I get to tell anyone about the side of myself they haven’t seen. I feel it’s important to be honest as an individual – in these days of social media, everyone pretends to have perfect lives, leaving out the dark details which are a normal part of human existence. It’s not healthy. I prefer to lay everything on the table, so there’s no cards to hide once I’m in the spotlight. If i’m going to pursue a career in music, I want to go into it being uniquely myself – not as some stripped down, fake version.

KALTBLUT: Where are you based now? How is your current local music scene shaping your creative process?

Knowles: I live in Encinitas, California, a beach town about an hour south of Los Angeles. I was unaware of any music scene at all until Shameface, a four piece indie rock band from nearby Vista, reached out to me and asked to play a show together. Ever since then, I’ve come to find a thriving underground music scene, mostly consisting of house shows, which are so much fun and full of talent. I’ve found myself getting very competitive with these other bands, driving me to sit in my studio and write at least two to three songs a week. Sometimes I’ll sit for over eight hours, writing, recording, and mastering an entire song all in one day. Everyone is extremely supportive also, which is why I feel it’s so important when I get attention to direct some traffic their way as well.