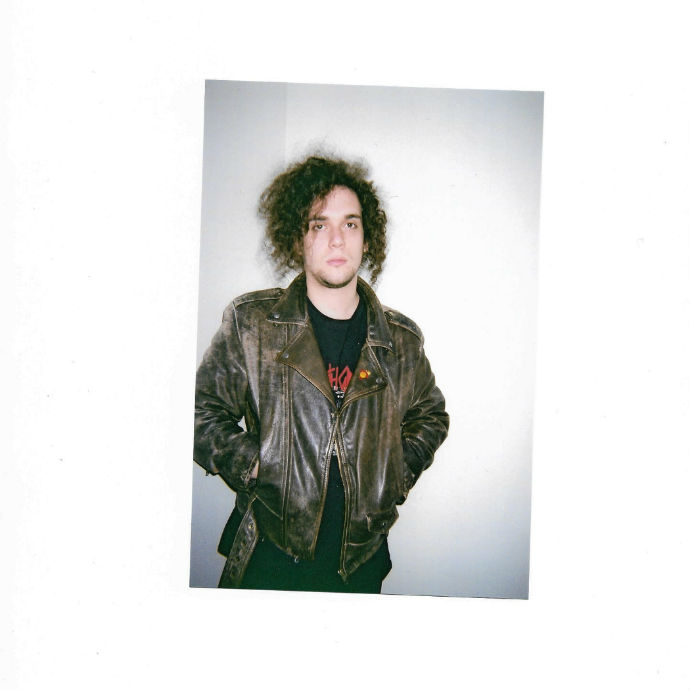 VEDA is the goth-pop project created by multi-instrumentalist Dominic Antonio Sepúlveda. The Birmingham, UK, based artist collects the sounds from Casiotone keyboards, jangly guitars, lo-fi drum machines and soft, honest vocals. There’s heavy influence from the post-industrial landscape of Birmingham, though VEDA is also looking over across the Atlantic for DIY culture motivations. His brand new EP, Sweetheart, is set to be released on April 1st. “5-HT” is the first release from the goth boy, which he describes as “a simple silly love song, dedicated to those things we love the most and keeps us going.” We had a quick chat with the multi-instrumentalist about the addictive new project.

KALTBLUT: Where does the name VEDA come from?

VEDA: To put it simply, it’s the last 4 letters of my name! I’m half Chilean – growing up in Birmingham, England, there’s not much of a latin community. As a result, I’ve spent my whole life listening to people pronouncing my surname incorrectly. So I thought I’d make it easy for them for my solo project and shorten it. (Also its pronounced ‘Vader’, like Darth Vader)

I write and produce all of the music myself. I always write the instrumentals first in my bedroom on my laptop and then record vocals isolated in my lock-up studio in b’ham city, which is situated in an old early 1900’s factory building, its hella un-legit and sometimes spooky, but it has a special vibe! I need the isolation when recording vocals, to feel comfortable and give an honest performance. (plus there’s no-one around to hear the always cringey first takes)

When it comes to writing, I’m not really directly influenced by any other artists in the sense I’d listen to something and try replicating it. I just work with what I have, which is a few cheap vintage synths/ drum machines, a Casiotone keyboard and a guitar. MIDI sequencing and stuff is way too complicated for me, so I just play everything live and record it in. The result is whatever sounds I come up with, I try not to overthink things.

The main musical idea for 5-HT came from the opening guitar chords. I was messing around with my guitar, I had my digitech whammy set on a harmony setting then I accidentally played those 2 chords. It’s all very simple and natural. The result was this really shimmery/ dreamy effect, that almost sounds like its underwater. This fed its way into the lyrical theme, as the sound made me imagine the steamy aroma of a fresh cup of coffee – kinda weird that my mind connected the two together, but sometimes you just gotta roll with it! 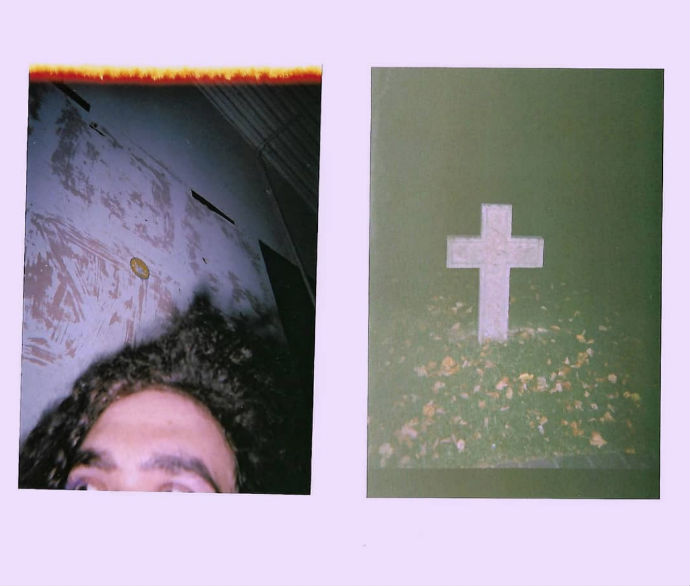 KALTBLUT: How did you find your studio space and what other unconventional locations have influenced this project?

VEDA: Finding studio space in Birmingham that you can rent on a long term basis can be quite tricky. It’s all word of mouth, which is actually quite weird considering we live in an age where everything is advertised online.  It’s kind of a scenario where you’ve got to be involved in the local music scene/ know a guy that knows a guy first, to become aware of available lock ups. It’s cool because they are always almost located in the old industrial areas of b’ham, in ex warehouses or factories. I like to think some of the essence of these historical buildings finds its way into my recordings.

KALTBLUT: Do you imagine you’ll work with other musicians in the future?

VEDA: I work with other musicians in the live aspect of the project. The line-up is always changing, mainly depending on who’s available. I’ve played as a full 4 piece band and sometimes it’s just me. This keeps things fresh and interesting, as I’m constantly working out ways to reimagine the songs live, depending on what I have to work with.

In terms of writing, I don’t see myself collaborating with anyone else in the near future. I’m happy with the way things are going now. I have a lot of material I’m working on, and it feels like a personal journey that’s constantly evolving and growing.

Before VEDA, I was in many different bands and was never satisfied with the outcome. I started VEDA as a project to realise by own creative vision. I saw the way scenes and genres were developing online, especially in lo-fi DIY music. I think it’s important to represent the time you are living in now, and not be completely nostalgic for times that have passed in music. I’d like to think that I could look back in like 20 years time and be like, ‘I was part of the online bedroom-pop scene’, as silly as that sounds.