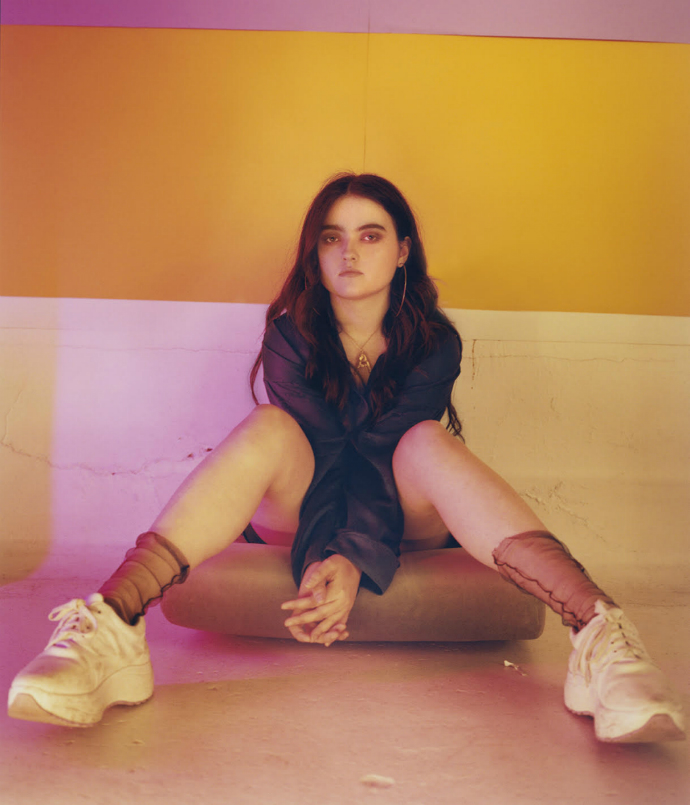 Alfreda’s latest release, “Girl of Our Dreams” provokes the modern question: what’s really going on behind all the glamorous social media feeds? “Nearly perfect in reality but a dream is a dream is a fantasy. She exists through a computer screen” The video is directed by Alex Forge and set between the all-too-familiar bedroom, behind the computer screen and the contrasting landscape of Portugal. Alfreda’s carefully curated online world slowly merges into her reality as she struggles to balance the two.

For a long time I was trying to perfect my online image, and I wanted to because everyone was, and then when I felt I got there, I soon realised I still had the same crushing insecurities as before. I thought that if people saw me a certain way, then I could also see myself that way, but I didn’t and I still don’t.

Alfreda is a singer/songwriter based between London and Berlin. While she now lives in London, she grew up in New York City, which is where her father, a respected poet and playwright encouraged her to start writing. In 2006, she and her family relocated to Sussex, where Alfreda began experimenting with music software and recording her own songs. At 16, she decided to make the move to London to pursue her dream. The next couple of years were spent writing and experimenting with different sounds with a producer, as well as getting a band together and playing live shows around the city.

After Alfreda’s longtime collaborator Craig Walker (Power of Dreams, Archive) introduced her to the Berlin music scene, she got to know many new producers and songwriters and now credits her time spent in the German capital for defining her style. Her music features appearances from musicians such as Tyler Pope (LCD Soundsystem) and Knox Chandler (Siouxsie and the Banshees), and she has been produced by Victor Van Vugt (Nick Cave, PJ Harvey) and Jan van Der Toorn (Outkast, Snoop Dogg, Bryan Adams).

‘Girl of Our Dreams’ is out now, you can stream/download it here