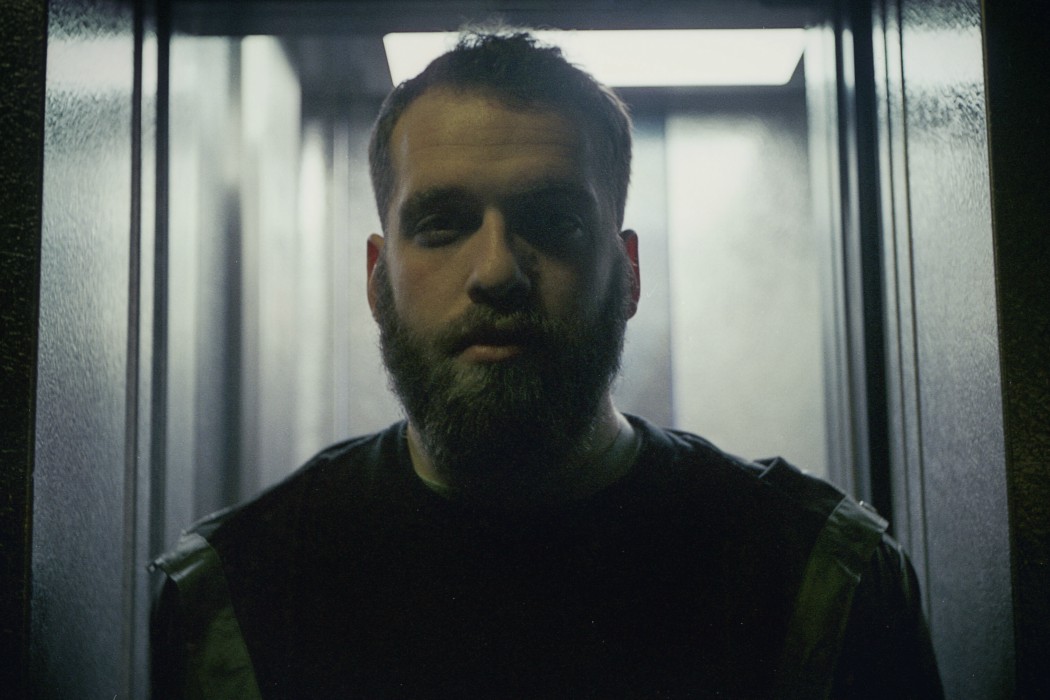 KALTBLUT has a treat in store for you this Monday – an exclusive premiere of  incomparable South London’s electronic voyager Bunki’s new video for Turn. A new four track extended play, Turn follows on from last year’s Bunki EP, and ‘The Day We Almost/I Never’ single. Released through Bunki’s own label, the artist-led Squareglass (which he co-founded in 2014), the EP showcases his uniquely emotive MIDI-based compositions. In four tracks he expresses a high dynamic range through his eerie and eclectic sonic textures, which are never static, always harbouring some kind of latent emotion whether it’s sentimental or sinister. It’s his uncommon ear for sparse yet breathing complex aural tones that has recently seen him lend a producer’s helping hand to the nocturnal pop of VV Brown and Leiik. This striking audiovisual journey follows the producer’s electric beats down a labyrinth of glitchy graphics, that fit Turn perfectly. We had a chat with Bunki himself to find out what inspired his ‘mysterious’ new video.

Throughout the Turn EP, Bunki creates the musical unheimilch – the phenomenon of being simultaneously attracted to an object yet challenged by its unfamiliarity. His musical dissonance leads you to a place of mental dissonance. On ‘Turn’, Bunki marks a space for himself as one of the capital’s most unique and resolutely indefinable young producers. His ambient world is always unsettled, but contained within it are familiar signposts – always leading you to places you think you may be able to understand, but dislocation is never far behind. Lead single ‘Daniel’ plays on the idea of sparseness. Its shifty muffled beats and disjointed rhythms build a tension that isn’t alleviated till the sliding bass line drops. It’s an abstract story, but it’s one that needs to be retold to us. It’s possible that Bunki will be the dis-embodiment of our times.

KALTBLUT: For those that are unfamiliar with you, tell us a bit about yourself and your music?
My name is Avi. I live in London. I make music under the name Bunki.

KALTBLUT:How has emerging as an artist in London shaped and developed your sound?
I’ve been living in Living and doing music in London for almost 5 years now, and it has definitely been massively instrumental in shaping my practice. Specifically the South East London music scene, which is just packed with great talent and inspiring music, and has been a key part of my life.

KALTBLUT: How did your collaborations with VV Brown and Leiik come about – and what are you looking for in artists you’re collaborating with?
I think the main thing is for both parties to be intrigued by one another. With VV for example we kind of knew each other, and we’re talking about working together for a long time before it actually happened, until suddenly it just happened really quickly when she started working on her last album. Leiik is a project that we’ve been working on over a longer period of time, and it’s a really exciting process, there is also some new material with Leiik coming soon which I’m very excited to put out.

KALTBLUT: What are some of the main influences and inspirations behind your sound and production?
My main passion has been to try and extract an expressive and moving character using a set of tools with a synthetic digital nature. This hybrid creates an interesting contrast, this dialogue between the somewhat organic sounding production, and the relatively harsh nature of the tools that are being used to create it, is always inspiring to me. As an electronic producer you have this incredible ability to melt together components that don’t coexist in other ways, and it has the potential to create very interesting results. People like Nicolas Jaar, and (Matthew) Herbert for example, are only a few of the many people who used this to create incredible works.

KALTBLUT: Tell us about your new release Turn, and how it has evolved from last years’ EP Bunki?
Bunki EP was the very first stepping stone of this project, and I was very aware of establishing a sonic identity, worked a lot with self restrictions, and was building my own set of techniques you could say. With Turn it was a lot more free flowing, and also happened really quickly. I guess this new EP is a bit more instinctive than the first one.

KALTBLUT: What was the creative process behind the lead single, ‘Daniel’?
My tracks almost always start with a harmonic progression, this is the main building block of my music. ‘Daniel’ specifically is about jealousy. This whole EP is about past experiences and fragmented memories, and ‘Daniel’ is just a name of a child that used to go to nursery with me, I don’t really know why, but I remember I was jealous about something to do with him.

KALTBLUT: What was the inspiration for the video to Turn and how does it tie into the 4 tracks?
The video for Turn was created by Crypt Thing, who’s an incredibly talented electronic musician and visual artist. It was created using a generative tool and I think the result fits the music perfectly. It gains momentum through repetition and micro changes, and slowly reveals mysterious scenery, which is in many ways working side by side with the musical experience.