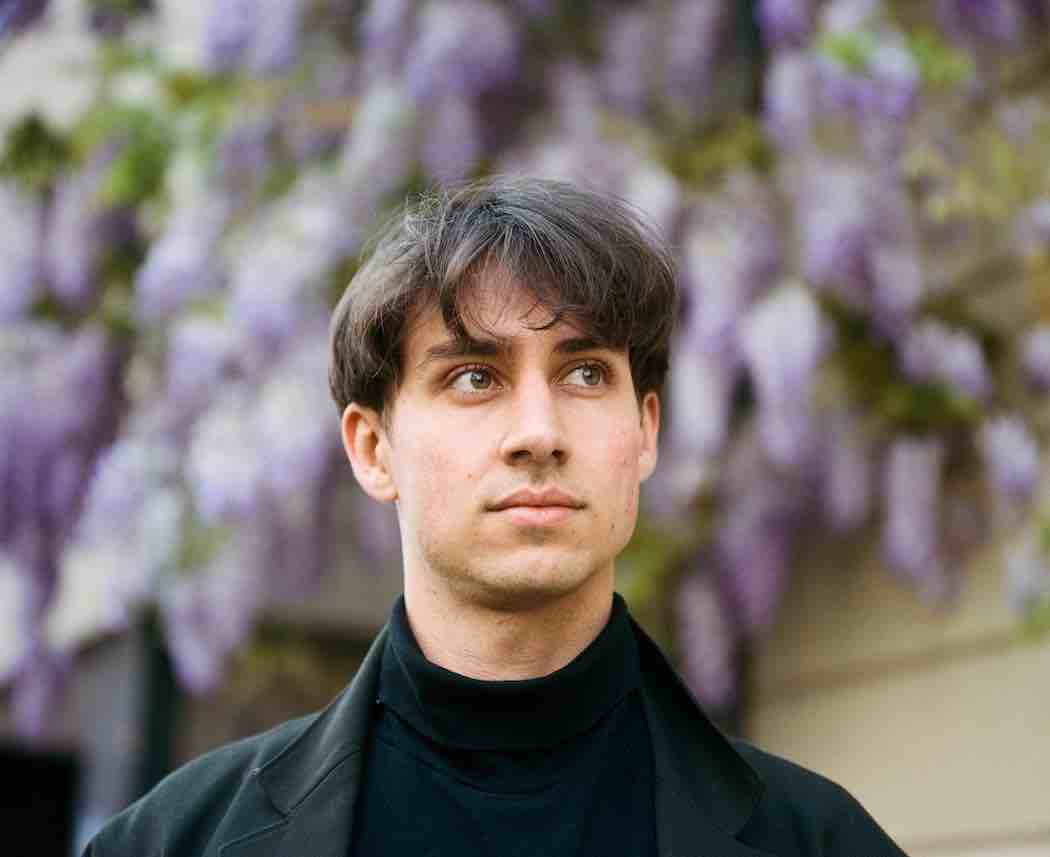 Capturing the eerily empty streets of Italy, Turin-based artist Jacopo Ficulle aids Audio Dope in escaping isolation for a few moments in the new video for ‘Meteor’. “It wasn’t planned to shoot a video for ‘Meteor’,” Audio Dope explains. “Luckily Jacopo listened to the new album while he was working on his Corona-lockdown project… ‘Meteor’ is this kind of track where I’m never sure if I produced it in order to be soft or raw. I guess in the end it’s both. Jacopo managed to capture this state in a very beautiful and subtle way.” In April 2020 Audio Dope released his second album Superlunary.

Video subtitles:
We’ll be trustworthy.
Our attention, no longer transient.

We have not chosen what is happening.
But how often we could, yet we have not?
Will this scare change us?
Perhaps.

What will we have saved it for,
the world outside our window?
Abandoned, quiet, scented.
And the sentimental horoscopes,
written on daisy petals in pencil,
will be reliable.

Therefore, afterwards,
even if deprived, we shall not say
it will be like starting from scratch.
– Written by Claudio Badii

Jacopo Ficulle says, “During this quarantine, I shot a video entirely from my building (except for female dancers and drone, shot just before the lockdown in February). While making post-production Superlunary came out and I loved it. So I used it as a soundtrack for my clip. Here in Italy, we’re close to Phase 2. We’re quite scared since we don’t know what it’s gonna be like. So I wanted to share it just before bigger preoccupation got hold of everybody’s mind. I had the chance to film dancers in empty squares just before the lockdown. Then I heard the first tracks from Superlunary and it all started to make sense. By adding the floating veil and filming the basement environment (which luckily I discovered in my building during the quarantine) I wanted to convey the feeling of simultaneous void and closure, with the menacing and supernatural element hanging over our heads – and below our feet – without us knowing.”

Audio Dope began his musical voyage crafting old-fashioned beats inspired by late 90’s hip-hop tracks. Subsequently discovering his passion for wider instrumentals, he carved out a unique musical vision, genre-hopping between trip-hop, down-tempo, electronica and lo-fi hip-hop. Releasing his debut EP ‘Solar’ in November 2015, Audio Dope made a name for himself featuring across Indie Shuffle, HillyDilly, Earmilk and receiving UK radio coverage from the BBC. In February 2018 Audio Dope released his eponymous debut-album on Majestic Casual Records, followed by the EP ‘Preserved’ in the same year. With his new releases, Audio Dope gained millions of listeners and streams around the world. Supporting world-class acts including Kaytranada, Maribou State and Odesza, the producer has also constructed a strong live portfolio, playing various festivals: Montreux Jazz, Zürich Openair and Openair Frauenfeld. Initially touring as a solo live act, he now performs with band elements, contributing further to his multifarious and progressive sound.