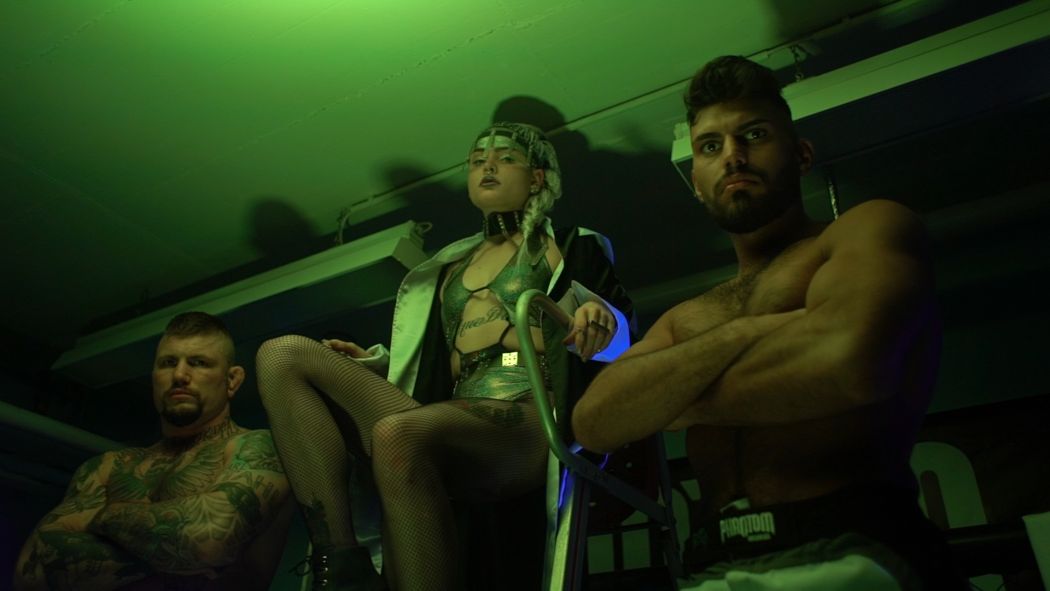 #EditorsPick! Catch Drella are back with their 3rd single “Payback’s A Bitch”. Known for a high energetic sound and exiting visual content – Catch Drella’s ‘Urban Future

Rave’ is defined to the max in this brand new track. Urban beats, deep basses, double time breaks and aggressive vocals. The impressive appearance of Catch Drella goes way beyond their shows, also in videos they take the next step while maintaining an independent DIY mentality. For the release of “Payback’s A Bitch” another explosive video was created. Cage fights, kidnapping, futuristic outfits and a Chihuahua with a shiny bullet necklace.

approach to music. Huge bass synths, hardcore drums and sick edgy vocals. Upgrading from their ghetto studio in Marzahn (Berlin), they recorded and mixed “Trouble” at the legendary Funkhaus Studios Berlin. Inspired by artists like The Prodigy, Photek and Twenty One Pilots, the duo is known for playing highly explosive live shows. Using vocals/drums/electronics and unique self made gear, they take their live performance to the next level.

With an in-your-face attitude and remarkable appearance, Catch Drella takes people on a trip with them! Their debut single ​“Trouble”​ and second single ​“Be My Trip”​ are available on all the major platforms including Spotify, Bandcamp and Itunes.