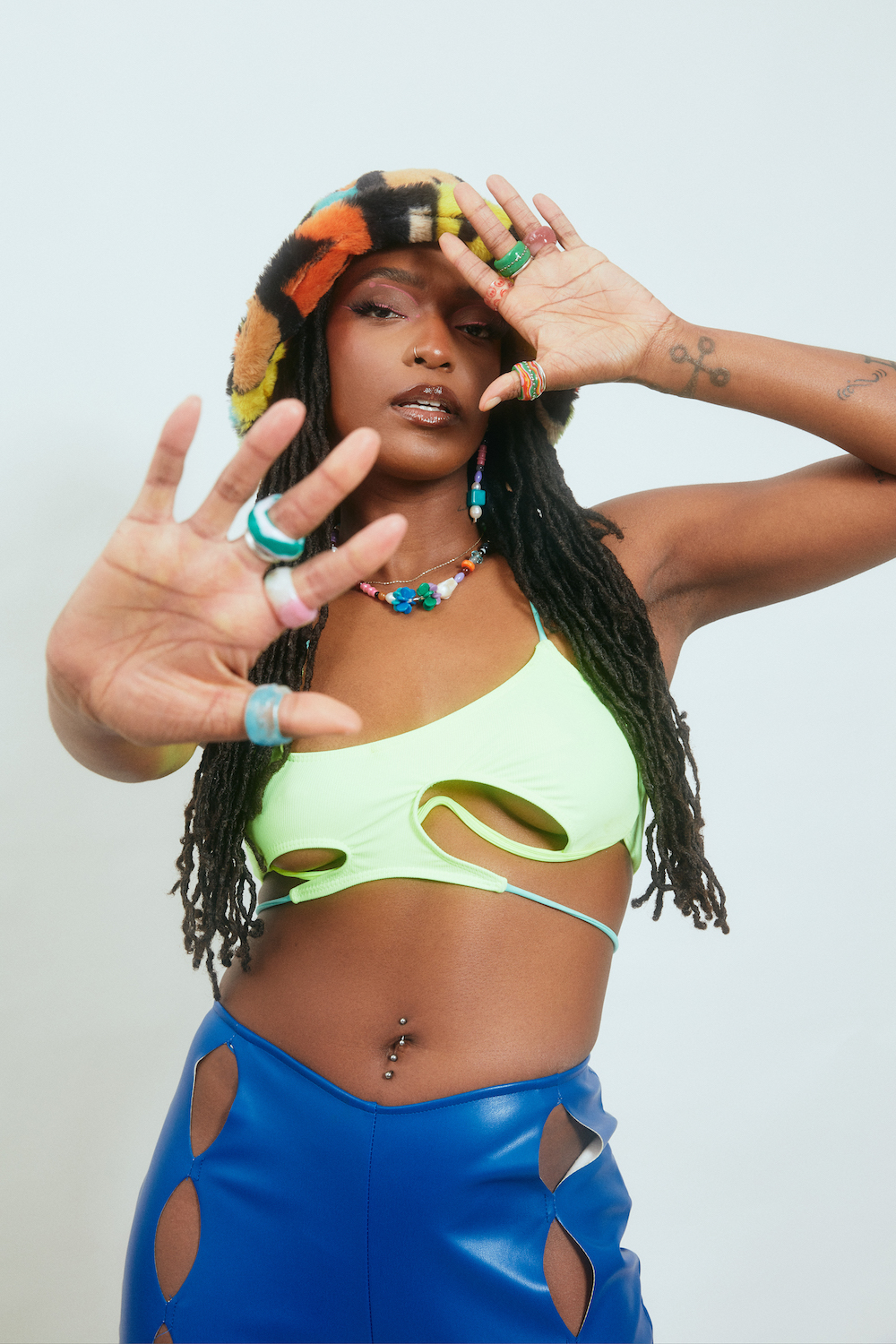 Returning with her sassy pop sheen to prowl over the R&B scene, DEJA releases her latest single ‘Boom Boom Bah’. Loaded with radiating hip beats and audacious elation, ‘Boom Boom Bah’ is a sass-soaked single. “Even though all the women in my bloodline were, I was not blessed with ample booty. In my family, this has been a running joke for as long as I can remember! Mama blessed me with no nyash, Still every single man want that. ‘Boom Boom Bah’ pays homage to my mama and our heritage but in the most lighthearted way. I’ve written ballads about my love for my mother but I wanted this one to make her smile and shake body!”

‘BOOM BOOM BAH’ is a visual experience celebrating women and the natural magnetic energy they harness. DEJA’s fearless spirit draws us into her world of power, glamour and panache; we explore elements of sisterhood and the importance of loving yourself for who you are. DEJA and I wanted to create an elevated take on her and her girls at the nail salon living their best lives – representing the new generation of women who are unapologetic and take the lead.

Originally from Solihull, Birmingham, DEJA now resides in West London to pursue her career in music. Having grown up surrounded by a family of music enthusiasts, the singer has cherished music for as long as she can remember, sourcing inspiration from a variety of RnB and Soul icons including Stevie Wonder, Destiny’s Child, Aaliyah and Usher from a young age.

Beginning her journey at 14, DEJA began singing, writing and performing as well as taking to stages for her school talent shows – music was a second language for this bourgeoning artist from the very beginning.

Now in her 20’s and having crafted her sound into her distinct brand of Pop infused RnB, DEJA has gained the recognition of The Jacksons, Emeli Sandé, Macklemore, Etta Bond and Ady Suleiman to name a few, having been personally selected to open their shows on the basis of her undisputed talent.