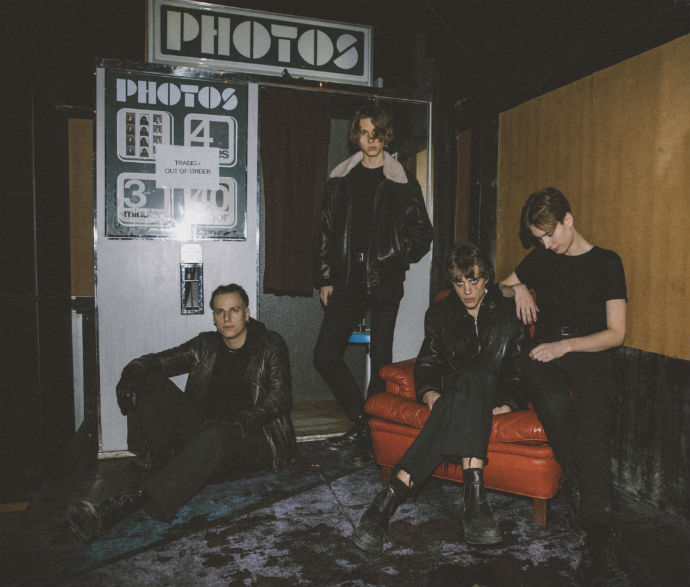 Within moments of meeting Delagoon this past summer in Berlin, we talked about death. The Stockholm-based musicians have a certain way about them. Though there’s an obvious darkness and fascination with gloomy subjects, it all still felt playful. This shared group persona carries through their work. This is seen especially with their latest release for “Somehow, a “Dr. Caligari’s Cabinet”-inspired music video in collaboration with Jonatan Södergren and Nora Cederin. Filmed in a massive church in Stockholm called Engelbrektskyrkan, Delagoon and company have created visuals captivating enough to treat this as a spooky short film meant to consume over and over again. “We were a group of friends alone in this huge church at night, free to do what we wanted.”

The director, Södergren, talked on how the video came to be: “Some of us watched the film Dr. Caligari’s Cabinet at a friend’s house. Inspired by that movie we wanted to do something akin to a classic horror video. Some other inspirations are Scooby Doo and the work of Francis Bacon. We wanted to do something that was both scary and whimsical at the same time.”

Delagoon’s next hometown show is November 6th and they’re currently working on the next album.