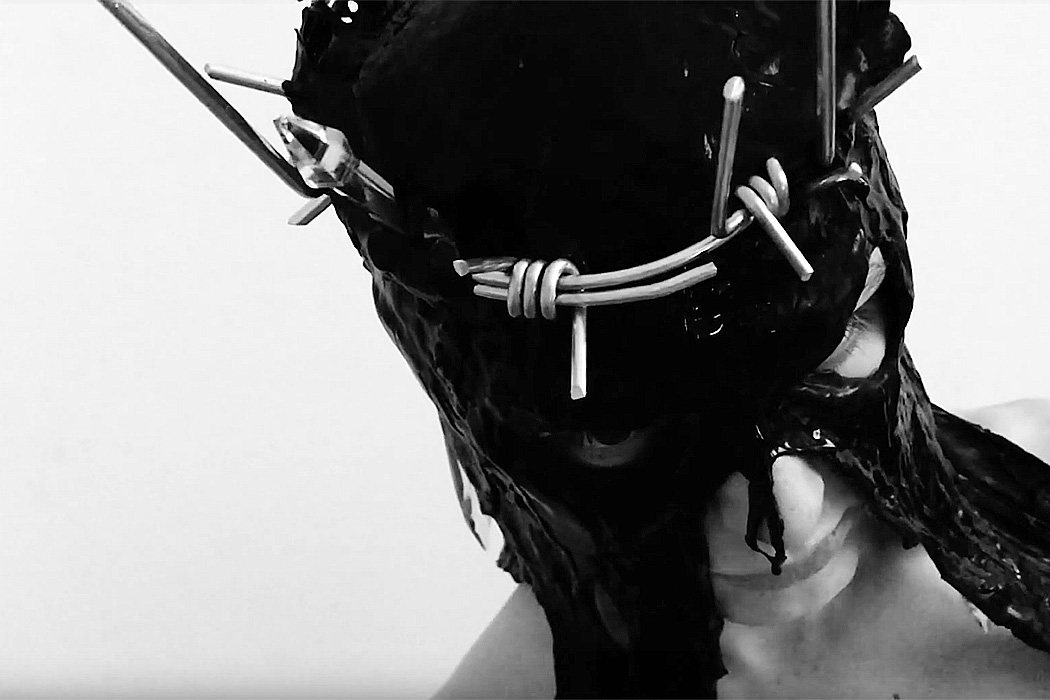 May I introduce you to Berlin-based artist Ghost, I and his first video JAPANESE BLACK INK, taken from his debut album. JAPANESE BLACK INK is a song and video meant to set the tone and define the universe of Ghost, I, and serves as a manifesto for his art. It is not forced into a pop format or length but stays true to the very first improvisation upon which it is based.

Ghost, I is a singer/songwriter, rapper and producer living in Berlin. His sound is honest and emotional, melancholic yet often uplifting. He style flows and evolves throughout the theatrical performance, creating a dreamy fairytale universe where time dissolves.

His DIY approach to art and music is punk fed on hip hop, gospel music, and literature. His references come from 1960s pop songs, post-punk via his parents’ love of the genre, and modern avant-garde artists such as Yung Lean and Kanye West.

Today in Berlin he is working on developing his collective project NO START NO END, making music videos, planning performances, and preparing his debut album to be released this year.

Working hard in the studio ???

“Thank you to Highwaychild for the mask. Thank you to Joseph Wolfgang Ohlert for providing the location (P7 Gallery). Thank you to Markus Alexander Voigt for the great help.”