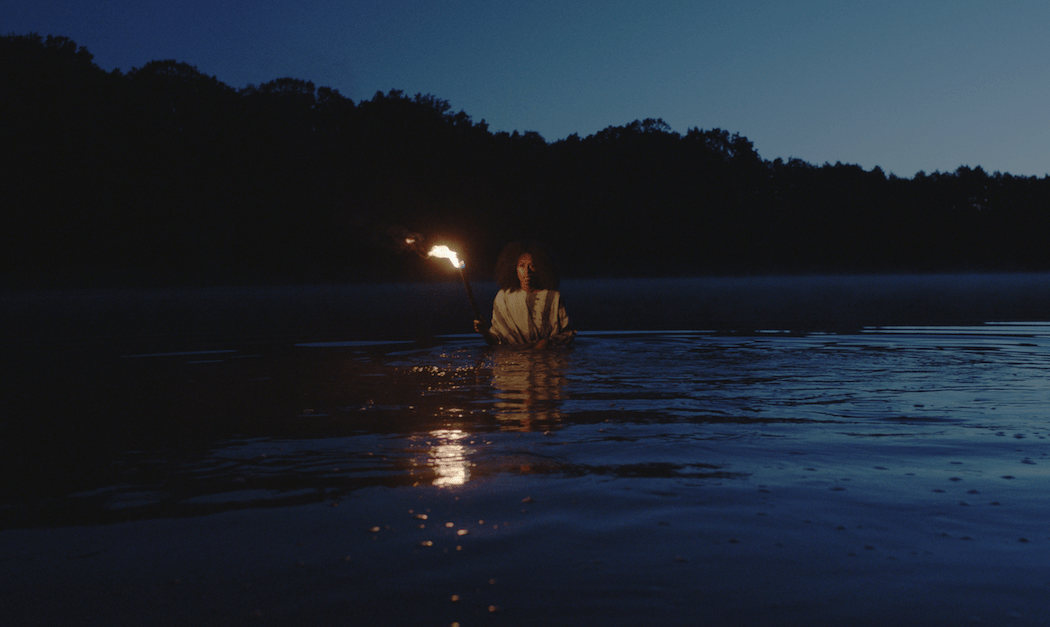 Video Premiere: May – ‘Islands and Waves’

Berlin-based singer May announces her 4-track debut EP When Mercury Fades, out November 27th via May The Muse Records/ AWAL, with the beautiful single and video for ‘Islands and Waves’. May’s first EP is a deeply personal attempt to blend her unique personal story with the day-to-day city life of living in Berlin in 2020. “When I listened to ‘Islands and Waves’ for the first time, I immediately felt a strong vibe of emotional growth, of changing perspective on your inner self,” says director Director Felix Havelka. “That’s why we came up with the concept of showing transition in the video: from the open calm waters, when everything still seems to be alright and in place – to a more and more claustrophobic, dark environment only lit by a burning fire, that grows throughout the way. To add to the feeling, we shot the main take as a reverse shot: May was walking and doing everything backwards and we would reverse it in post. We shot back in July in the outer area of Berlin at a hidden lake. We shot at very early sunrise so the whole video would have a natural transition of light as well, leaving us with only very little time to get it shot – the whole video was done in about 6 hours from 2 am to 8 am.”

“I was born in the army barracks – in Bad Nauheim – since my dad was a GI. My parents separated when I was one year old, and when I was five, we moved to the German/French-speaking part of Belgium,” explains May, whose real name is Désirée Dorothy Mishoe. “You could say I belong almost everywhere, and nowhere.”

Although May grew up singing, there were some setbacks on her path to the vocal booth: “Yeah, I actually got kicked out of a choir once because my voice wouldn’t ‘fit in'”, the singer explains with a chuckle. Once she got out of her teens, she really started to discover the different dimensions of her voice. Eventually signing a publishing deal with BMG in 2018, May’s been previously co-writing and recording with Chefket, Robot Koch, and Parra For Cuva, to name a few.

For her upcoming solo EP, May returned to the studio with trusted mate Matthew Kent, an old friend she’d met some 10 years ago (on her “very first day in a music studio”). “The entire EP is inspired by nature vs nurture, really, figuring out how I fit into my surroundings” May explains. “Islands and Waves” is a mesmerizing, stripped-down piano piece at first, eventually opens up and drifts on with percussive offshoots – creating a magical undertow that suggests wanderlust, a strong desire to break free. Whereas the laid-back R&B trickle of “Private Show” is pure temptation, an intimate take on falling in love (to the music), and “just being a woman.” “Mercury” reveals her darker, cosmic side with burning lungs and rim-shots fired. And finally “Seconds” is the one hazy exception, a “super personal,” free-form love song born “from a different state of mind.”

Intricate and idiosyncratic like her trademark wild hair (“I gave up trying to tame it. I just go with the flow now.”), May’s new songs arrive without any protective shield. Snapshots of quiet storms you can’t see, they nevertheless come with an incredibly strong gravitational pull…