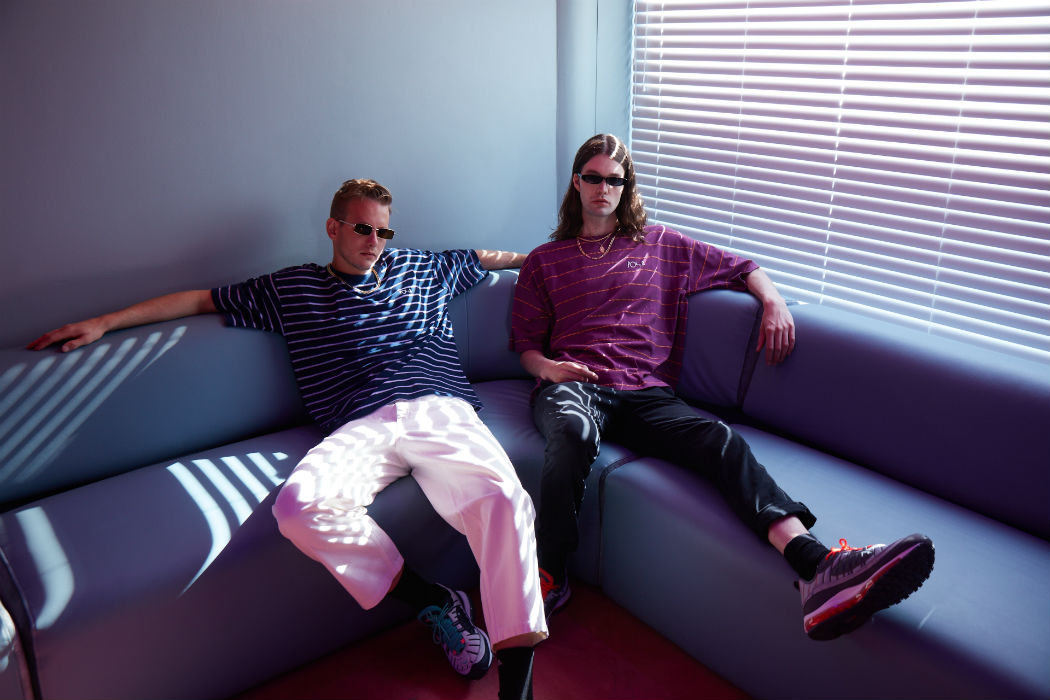 Psychoplasmics, the passion project of Icelandic rap-electronic legends Lord Pusswhip and Alfreð Drexler, release trippy VHS visuals for ‘De Pijp’ co-produced Bngrboy. After making an unexpected sleeper hit in the underground realms of SoundCloud and YouTube with the 2014 song “101 Reykjavík”, the duo have been taking the Icelandic music scene by storm with their explosive instrumental blend of heavy new hip-hop and futuristic dance floor ambitions. After moving to Berlin in 2016, the pair of age-old best friends soaked up the clubby music scene of the city and finally had the arsenal necessary for a high-octane first project. We caught up with Psychoplasmics to chat about their love for horror movies, the story behind the video for ‘De Pijp’ and plans for this year.

How would you describe Psychoplasmics and the Psychoplasmics sound?
A blend of heavy new hip-hop and futuristic dance floor ambitions, consisting of various organic instruments, samples and digital processing. A sonic journey through the wormhole of smooth and hard music, new and old, seen through the kaleidoscope of two millennials that grew up in the digital age after experiencing the fading tail end of the analogue generation.

Where does the name Psychoplasmics come from?
It comes from the late ‘70s horror film ‘The Brood’ and describes a made-up psychological technique.

Can you tell us what fuels you and your music, particularly your lyricism?
We want to put hyper-strong memories in a time capsule, like Proust’s madeleine moment. An ode to life seen through the looking glass of modern digital music making. 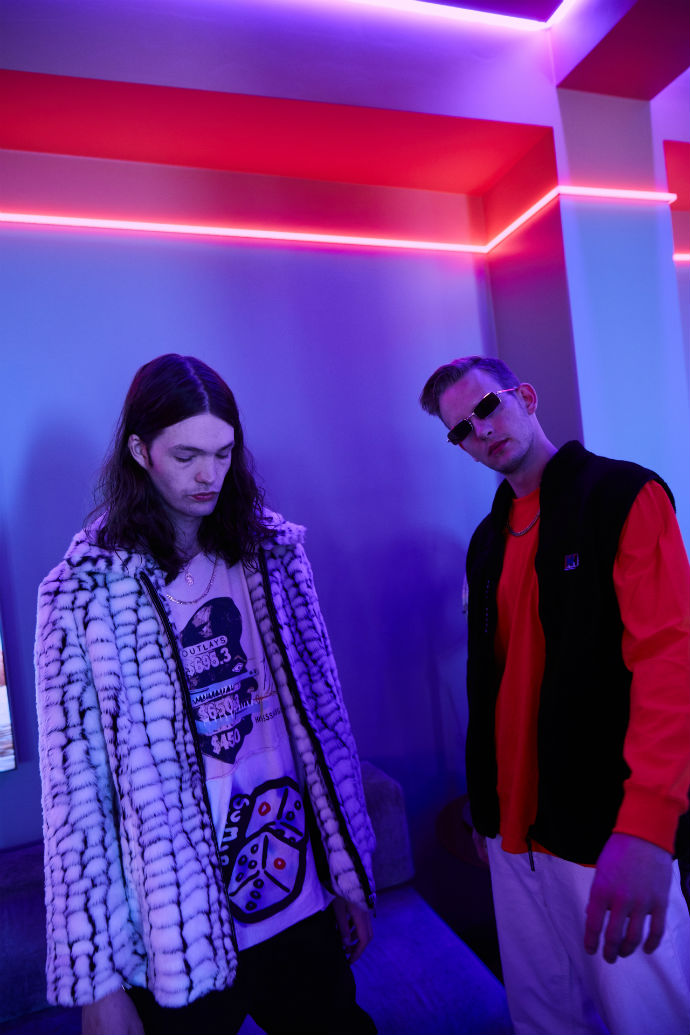 What is the music scene like in Iceland? Are there any emerging artists you would recommend?
It’s small but energetic. Some artists we recommend are Countess Malaise, Bleachkid, Húni, Dadykewl, Drengur.

When you first started making music you made punk music, how did you start making the music that you do now? Does punk still have any influence on it?
We were immersed in all sorts of extreme and alternative music and the most exciting music at the time was the new wave of internet-based rap and electronic music. Punk definitely still has an influence in terms of its DIY mentality, ferocity and energy.

You’ve used horror movie samples in some of your tracks, why is that? What is it about horror movies that you like?
We grew up with horror movies, especially Pusswhip, Alfred could never sleep well after watching them back in the day. The soundtracks of old horror movies are just something we love, maybe because it brings us back to that long-gone age of murky VHS aesthetics.

Where else do you look for samples to use in your music? Do you use samples to add further narrative to your tracks?
Everything can be sampled really, so we’re always looking out for cool sounds, whether it’s in the media we consume or sounds in our immediate environment. We definitely like to think of samples in a narrative way to help form the whole. 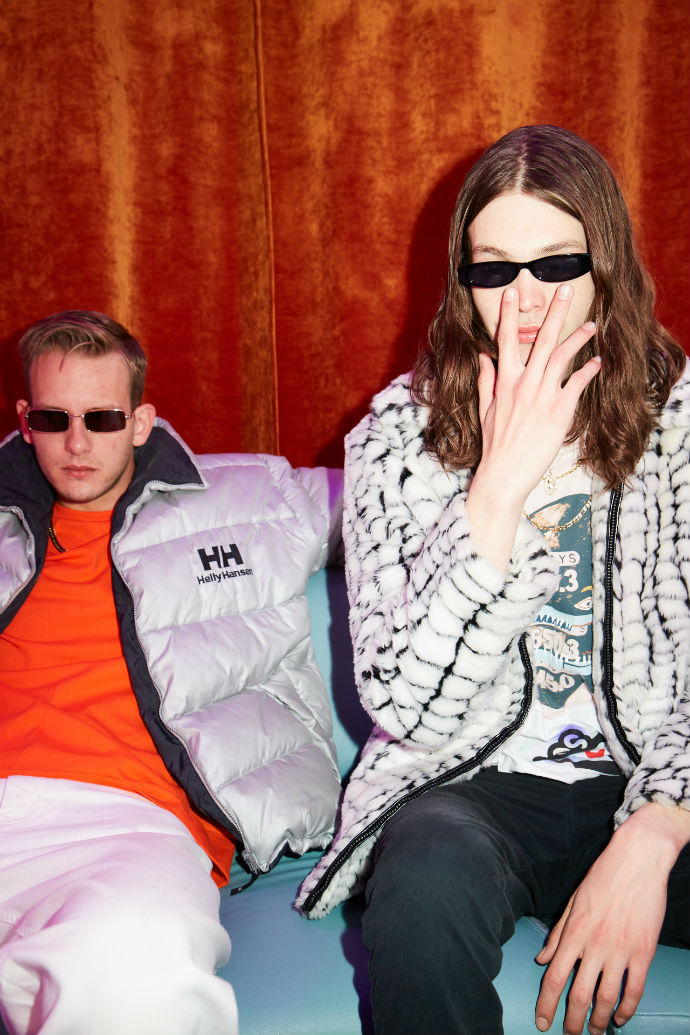 What is the concept for the ‘De Pijp’ video and what was the creative process?
For the De Pijp video, I got hold of an old VHS tape from the ’90s made by my brother Þórarinn Ingi Jónsson and his friends at the time when they were teenagers. It consists of short films and animation made by them back in the day, which I edited to fit the track. We thought it was very appropriate for the album’s ’90s analogue aesthetic as well as the personal vibe since it’s very much a familial affair. My brother has often acted as an artistic advisor for my work in the past. The video for De Pijp is also quite political. The video depicts a group of men in monkey costumes playing games with the world map, causing havoc and destruction. Henry Kissinger is still alive! Imagine that?

Psychoplasmics are on this earth to show the other weird kids out there that it’s okay to be weird? … What do Psychoplasmics have planned this year to take this mission further?
Yes, weird kids rule the world now but it wasn’t always like that. We already have a high-octane arsenal of new tracks ready for our next release as well as other collaborations, including a track incidentally called ‘Weird’ (‘Skrýtinn’) with the young Reykjavík rapper Bleachkid, that we mentioned earlier. We’ve also started doing concerts and are looking for artists to remix tracks from our recently released debut.