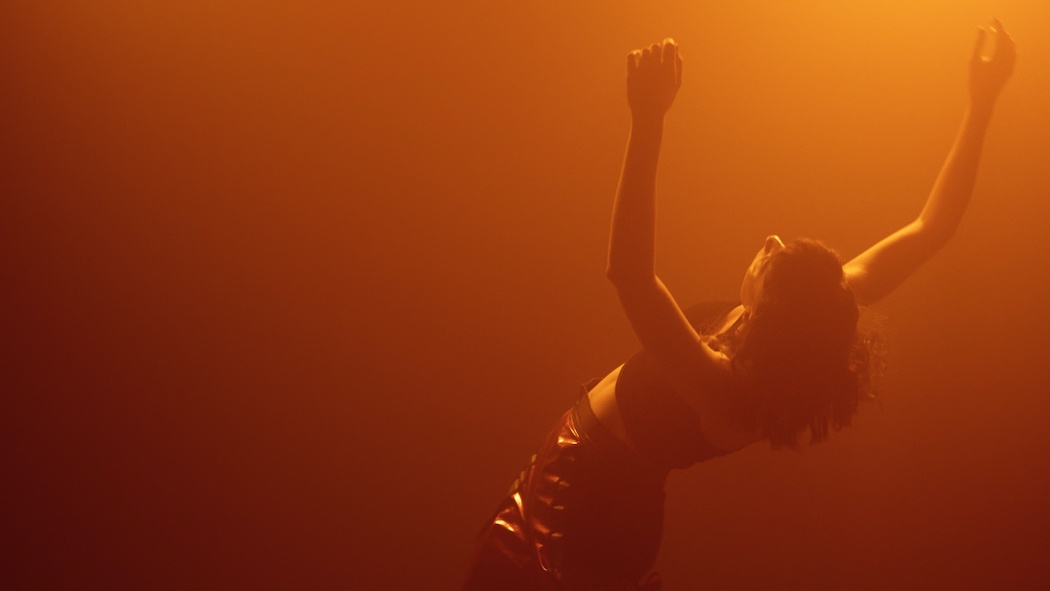 Producer, sound designer, DJ, and performer Zoë Mc Pherson reveals visuals for ‘Tenace’, taken from her new album States of Fugue. “We chose this track to be the visual representation of States of Fugue’s rhythmical essence,” says Zoë. “‘Tenace’ is also a logical bridge between the album release and our new AV live show which we were going to premiere and tour this April 2020 but had to postpone due to the world pandemic.” For the video, the Berlin-based artist worked with film director, multimedia artist and motion graphics designer Alessandra Leone. “The video concept Alessandra Leone proposed to me was an interesting challenge, fitting with the track’s engagement to persistence: relentlessly dancing yourself out,” Zoë continues. “Moving different parts with the consciousness of the whole human body, exploring physical textures, fighting energetically with the issues you face, syncing with our inner body, finding (new) ways (out), letting go, getting closer to your body language, whatever it is, without any concession. It is a way to gather forces and face challenges in real life such as (and not limited to) when Tenace’s music was written. The track’s addictive rhythm and vocal insistence is a motivation and way to empower yourself, shift, persist, accept uncertainty and move deeper in all directions.”

Director Alessandra Leone on the video: “Drawing on the track’s relentless rhythms, the music video is raw, spontaneous and personal. The idea is simple: the intimate act of dancing (on your own), and letting yourself get carried away. Maybe as a sort of reset button? A way to go through your struggle? dancing it out, allowing yourself to be in flux. Without filter. I challenged Zoë with this concept, and she totally embraced it. The result is direct and straightforward. This way, it becomes an invitation to loosen ourselves: open up and let the sounds flow, bottom to top, without overthinking.

The music video was produced while we were also brainstorming about the new AV live show, which is why there’s a strong presence of stage lighting ideas. The first scene is set against an infinity background of vivid colours, it is soft and smooth, then we are in a dark pool with few sharp gritty beams, similar to searchlights. We end with RGB pure diode lasers, threads of concentrated pure light cutting into darkness whose beams are so intense and thick, they feel like tangible thin volumes. In a way, one could see a sort of narrative of lighting quality/environment viscosity and thickness, where each mood stands for a stage of the inner emotional development.

Zoë’s insistently moving presence is restless. She sways between calibrated body motion in repetition and more frantic movement where her body raves and releases, driven by an inner force, or by the circular cracking sound, or both. The camera’s position grants us a view over it, half-way between wide-angled contemplation and subjectivity. This makes the video, in the end, open to your interpretation.”