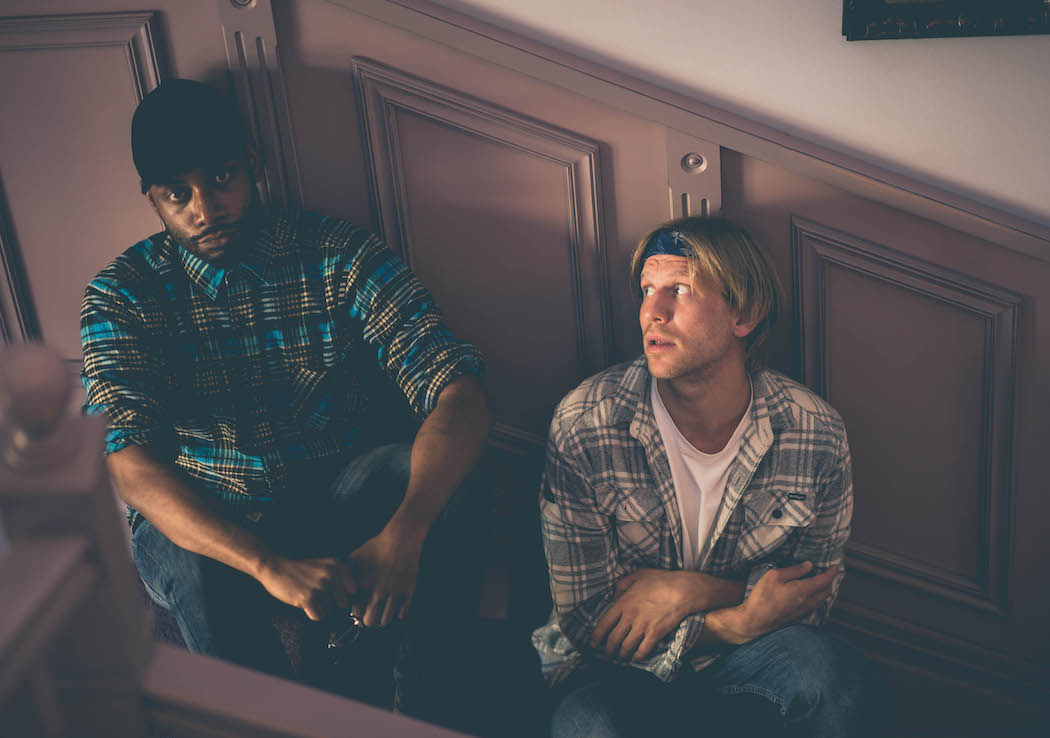 Ivan Dorn and Seven Davis Jr unearth their formidable debut collaborative release. Titled Ivan Dorn x Seven Davis Jr (live) the four-track EP is out now as a video and on audio streaming services. It was recorded when Seven Davis Jr – who is a singer, producer, songwriter best known for his astounding LP Universes; out via Ninja Tune – flew from his home in California to Kiev to finish making a studio release with Ukraine artist Ivan Dorn.

To record, the duo – with Dorn’s bandmate multi-instrumentalist Sura Tomasian in-tow – took to the atmospheric environs of Kiev Natural History museum and performed behind closed doors. Read the Clash premiere

They’re remarkably tight-knit for collaborators who’ve only just got in the studio together for the first time: it’s chemistry usually only achievable after years of working together.

Sonically, they draw on genres they share a love of – jazz, house, soul, dub and beyond – and remould them to let the music feel familiar yet futuristic at the same time.

Davis Jr, who sticks to keys in the video, echoes this sentiment about the distinctive feel of the music in his inspired statement:

“You never really know what good things will happen in your life. That’s why I’m grateful to have an open mind. Otherwise how else would this project have happened? A Ukrainian and African American collaborating on an EP together. The music I think is very different, in a good way. With the coronavirus and quarantines happening I’m very glad we are sharing this live concert. Something new for the new world we are now living in.”

Asked about his side of the story, Ivan Dorn says:

Is Tropical Get a Little Fruity on their European Tour

“One day I bought a Seven Davis Jr vinyl in Amoeba Music in LA, then I bought another and fell in love with his unique sound! I also found his playlist on Apple Music and most of the tracks were totally in my music taste, so I realised that we’re kindred spirits. I was inspired by the idea of working with him and so I contacted him through Instagram. He was surprised – of course, it looks strange. But I detailed who I am and shared my single ‘Afrika’. After that, he understood me and understood I was serious! I asked him about his plans for the following month – incidentally he had free time so I flew over to LA! And that’s when the real magic happened. Within seconds it felt as if I’d known him a lifetime. We easily made three songs together during the session and met in Kiev later for more songs.”

“When we were thinking about the release and how we see it we had no doubt that it had to be a live presentation so Gena Trunov (film director, Dornabanda) directed a shoot in the National Museum of Natural History in Kiev. When we got sound from this shoot back we were in love with it and decided to release some live versions (video and audio) first and then a studio EP. So, Ladies and Gentlemen, please welcome this unique collaboration with the great singer and producer, Seven Davis Jr. Don’t miss the studio recordings soon!”