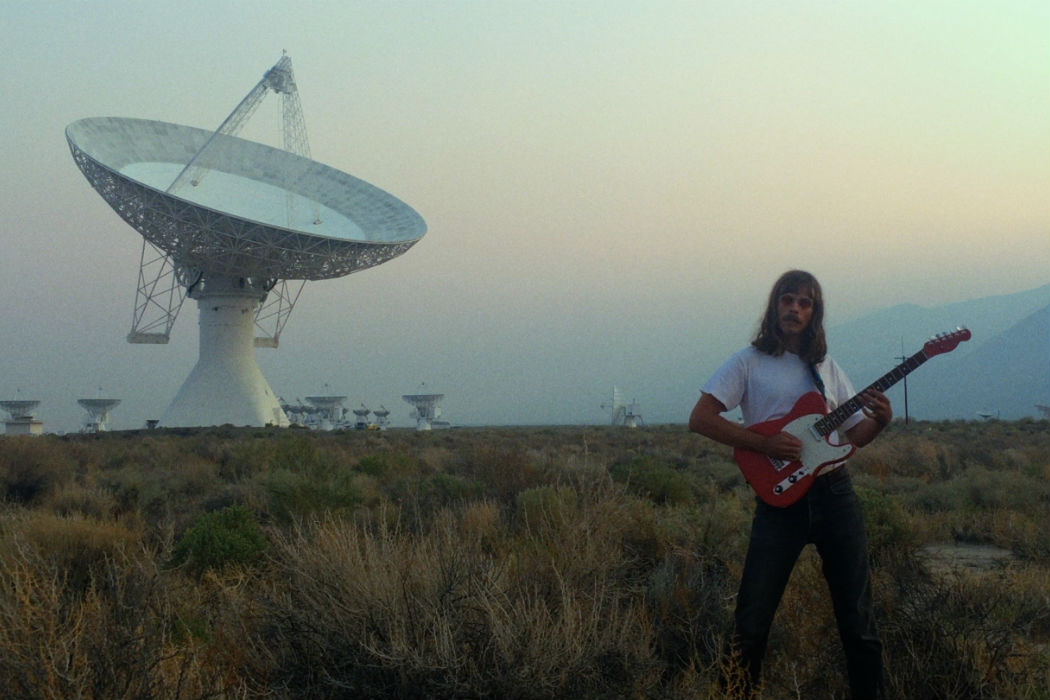 World Brain shares his ode to high-speed internet through “Network”

Lucas Ufo, also known as WORLD BRAIN, humbly finds the romantic potential of digital technology while preserving a specific era within the music he creates. Often invoking a 1980’s atmosphere, his latest release “Network”, is the perfect introduction to new listeners or an addictive continuation for adoring fans. Its three-minute guitar solo impersonates WiFi signals and awe-inspiring scenery keeps you guessing about where Ufo will turn up next. To break down the inspiration behind it all and find out what’s to come next, we had a quick chat with the artist during his current tour through Italy with his other project, Fenster.

KALTBLUT Magazine: Can you tell us about the narrative behind both the single and the video?

WORLD BRAIN: I wanted to make a high-power shred-guitar rock tune in honour of high-speed internet. After all, music is bits of data in the air, just like WiFi… In the video, I kind of play the role of a router, sending data to different and remote locations.

KALTBLUT Magazine: What other connections are you inspired by, specifically those that make their way into your music?

WORLD BRAIN: Interactions between people through the filter of the internet are fascinating and also really really weird (for instance: emojis). but “naturally”, I am also inspired by our connections to IRL things and beings. natural networks such as forests and groups of migrating birds are far more developed and complex than Airdrop.

KALTBLUT Magazine: How did you decide on the locations and the vision behind this video?

WORLD BRAIN: I went on a trip to the desert of California, on my own, after googling “the 10 most beautiful unknown places in California” and it did take me to really insane looking locations, like the Trona pinnacles or the Owens Valley Radio Observatory. Then, for the needs of my video, I decided to go “inside the heart of the devil” and went to check out the facebook and Google HQ in Silicon Valley. After that, I shot more things in and around Berlin, including this horse sequence:), with the help of two friends Damien and JJ.

KALTBLUT Magazine: Why the horse, and what is its name?

WORLD BRAIN: There is this part in the music that, from the start, had a medieval touch to it, and I really was into the idea to hang out with a horse. so I made a post on facebook asking for recommendations, and I ended up meeting this horse fella named Sierra.

KALTBLUT Magazine: What is the best network name you’ve ever discovered?

WORLD BRAIN: Well, I’m in Italy at the moment, and yesterday I encountered a network called “martin router king”. … :/

not giving any judgement on this, just giving you this fact like it is.

KALTBLUT Magazine: Do you have upcoming tour dates or another release on the way?

WORLD BRAIN: What can listeners look forward to with World Brain? My album ‘Peer 2 Peer’ will be out on April 12th on Mansion & Millions on vinyl, and this summer Burger Records will release a tape. There will be tour dates announced soon for April and May. And, other videos are in the pipes for you guys :)