« As above, so below ». A paraphrase from the ancient Emerald Tablet, perpetuated in alchemist doctrines throughout the Middle Ages, that encapsulates the idea of this first collection. Presented during the new moon of October, ASQUIN SS22 opened with a mystical door, from which models emerged as if they were divine entities, all of them showing us their individual power and strength. 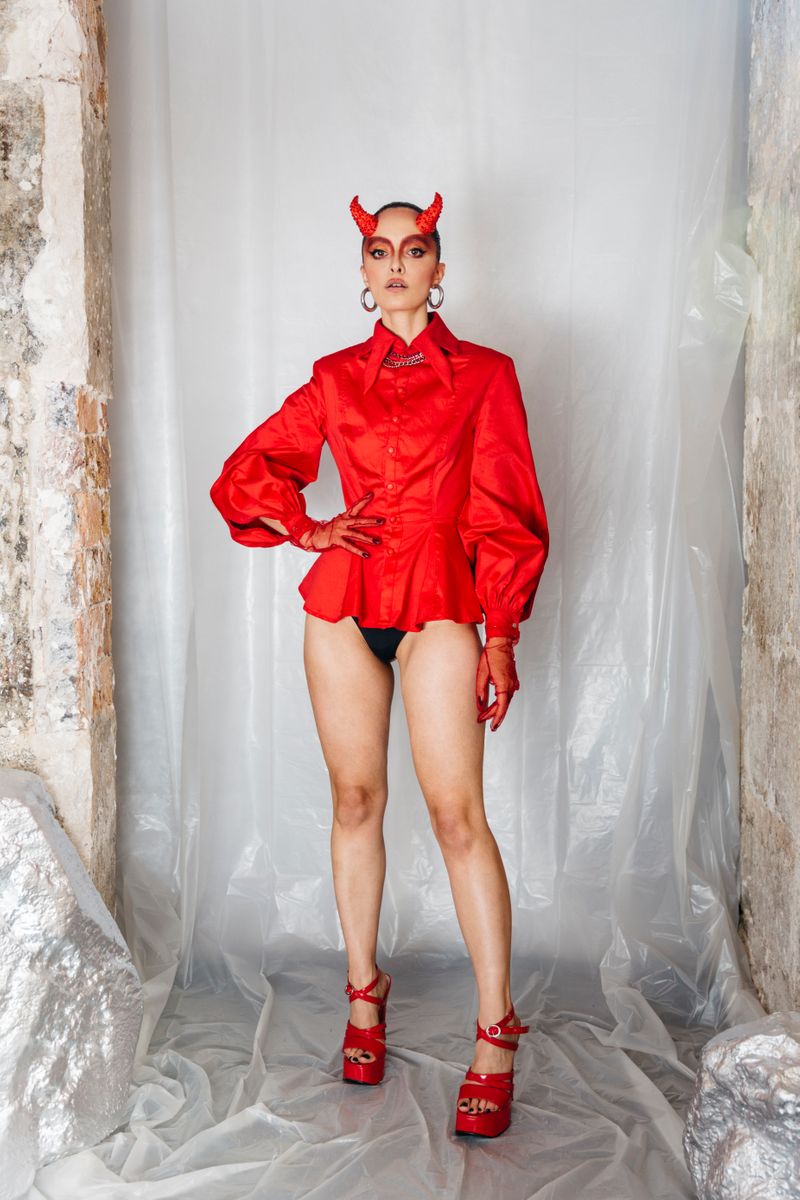 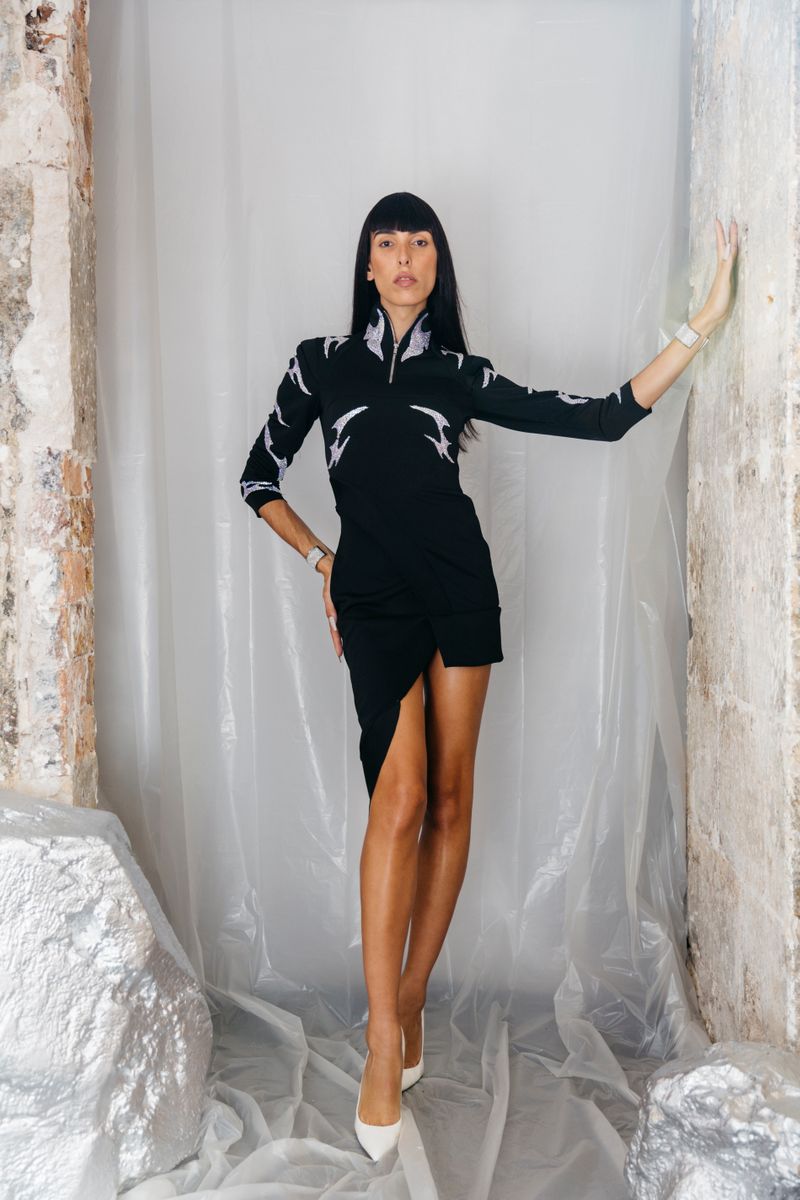 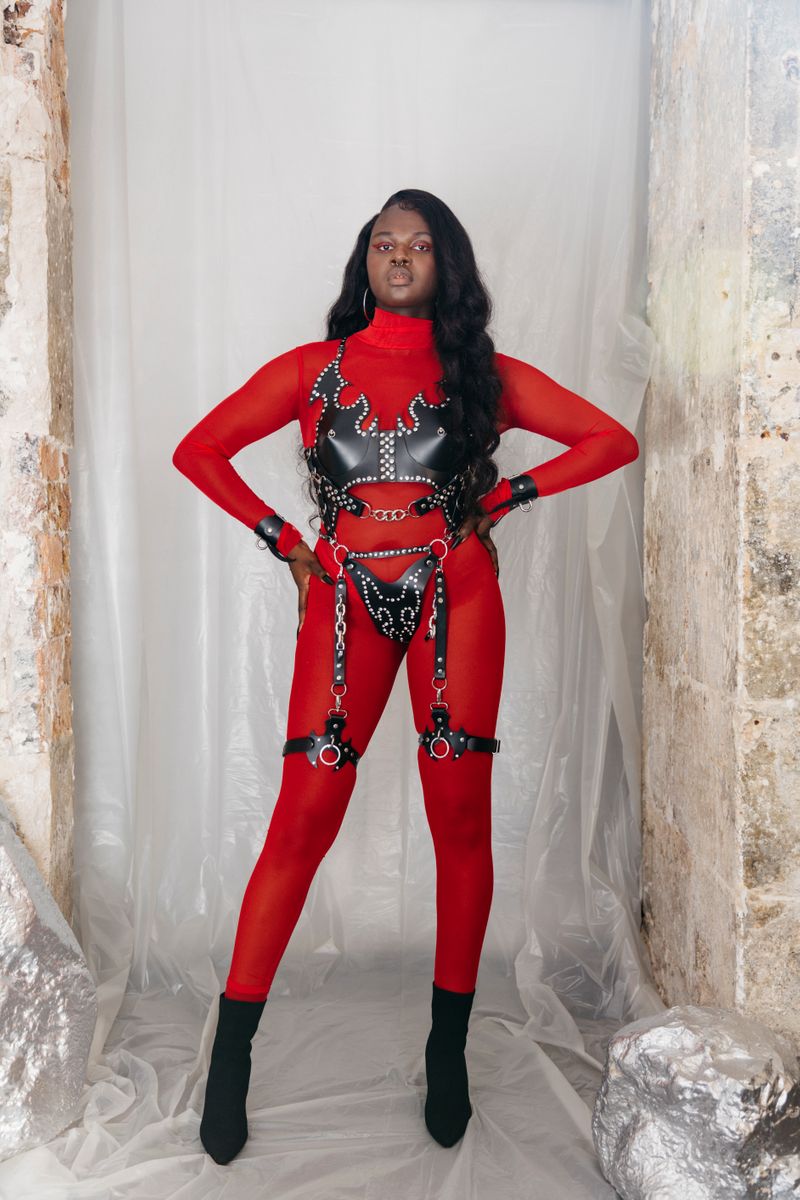 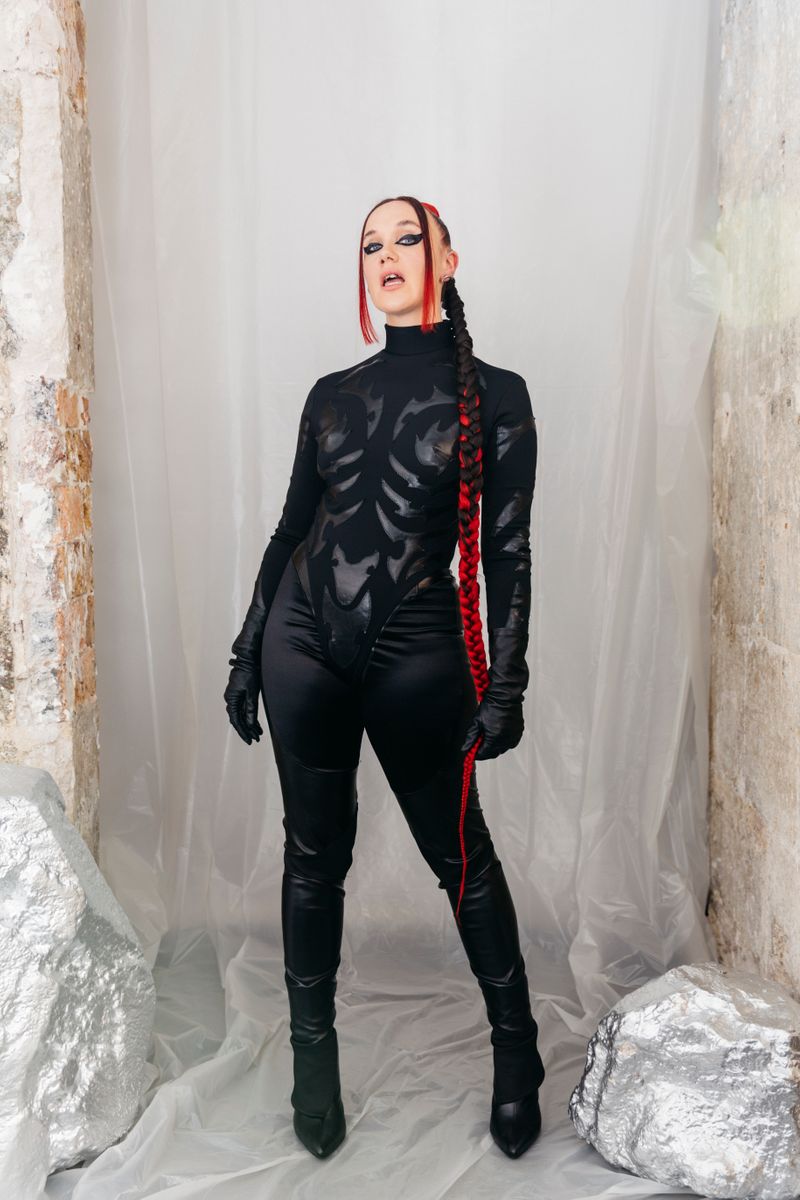 From battle gear to evening gowns, from glistening crystals to hardcore faux leathers, the entirety of the collection is smartly handcrafted to reveal all the different sides of the ASQUIN silhouette. Colours carefully chosen to depict the four elements, a concept linked to most alchemist ideas, but always twisted to the unexpected, creating an explosive palette on which acid turquoises, bloody reds and deep blues contrast with sexy shades of black and beige. Unique shapes oscillate between revealing the entire naked body and covering it with flowy volumes. 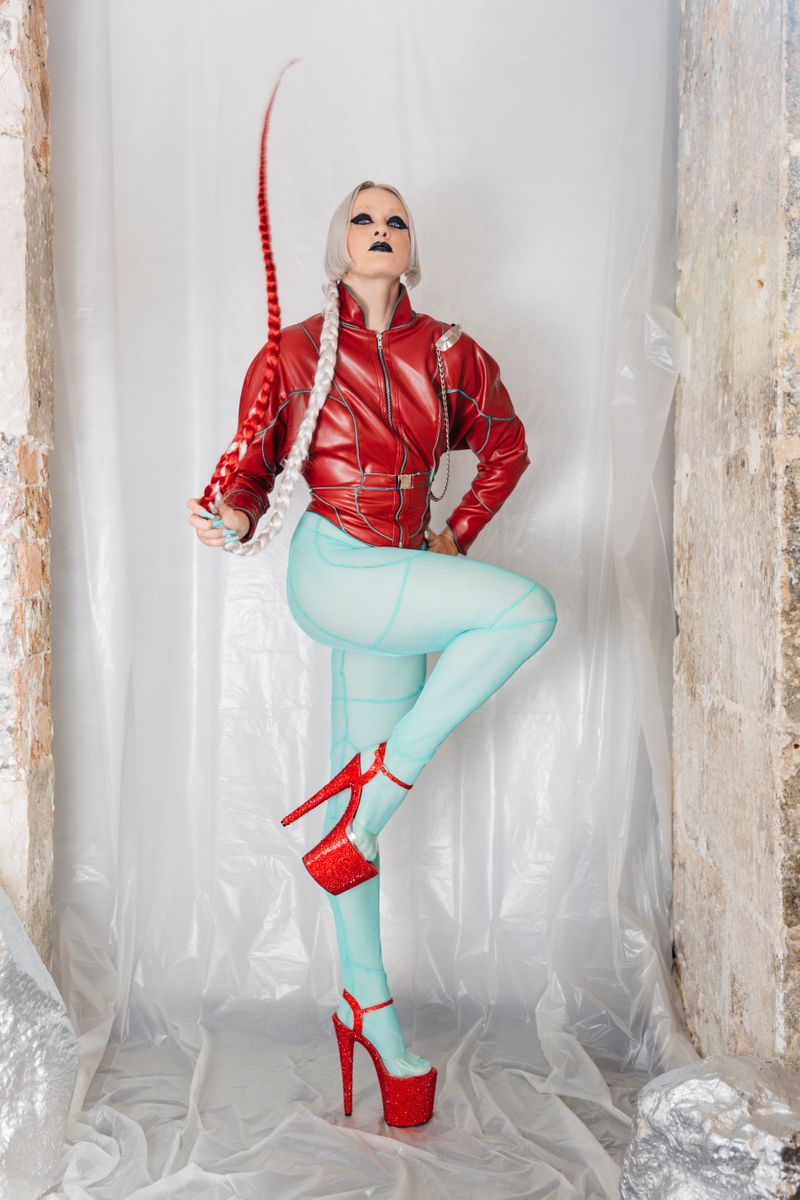 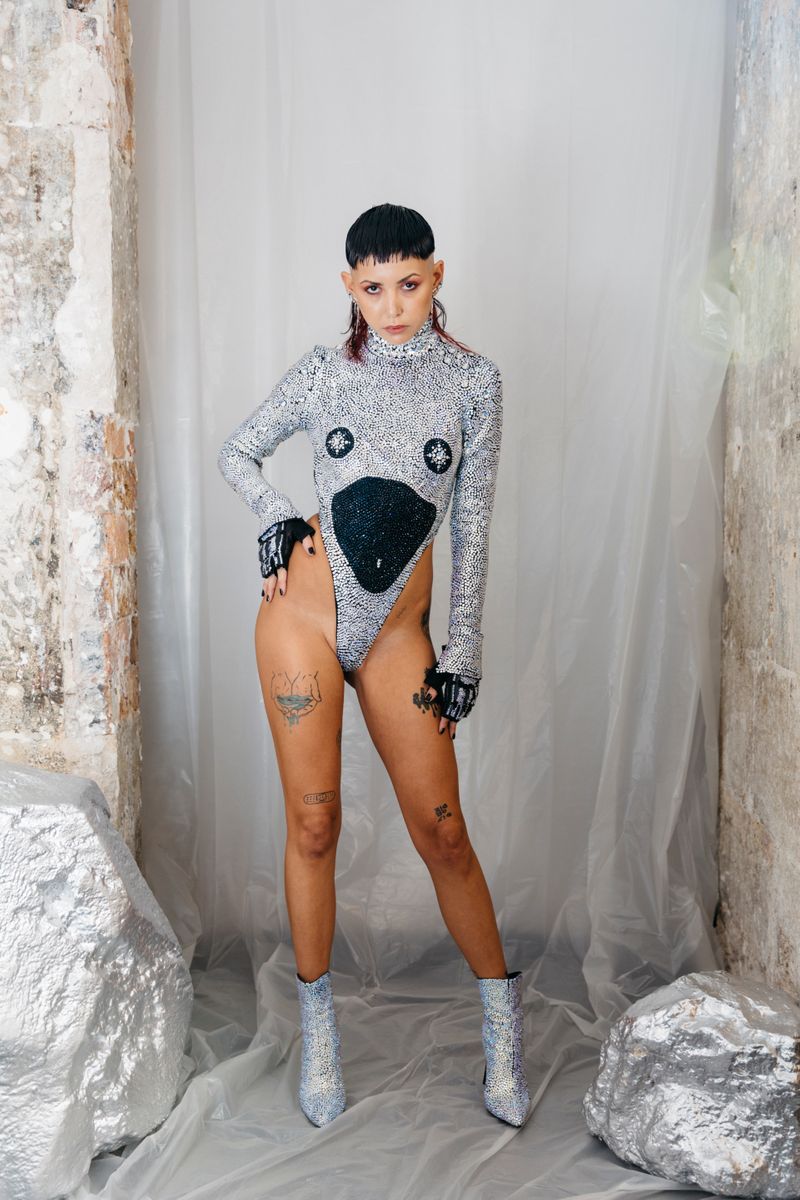 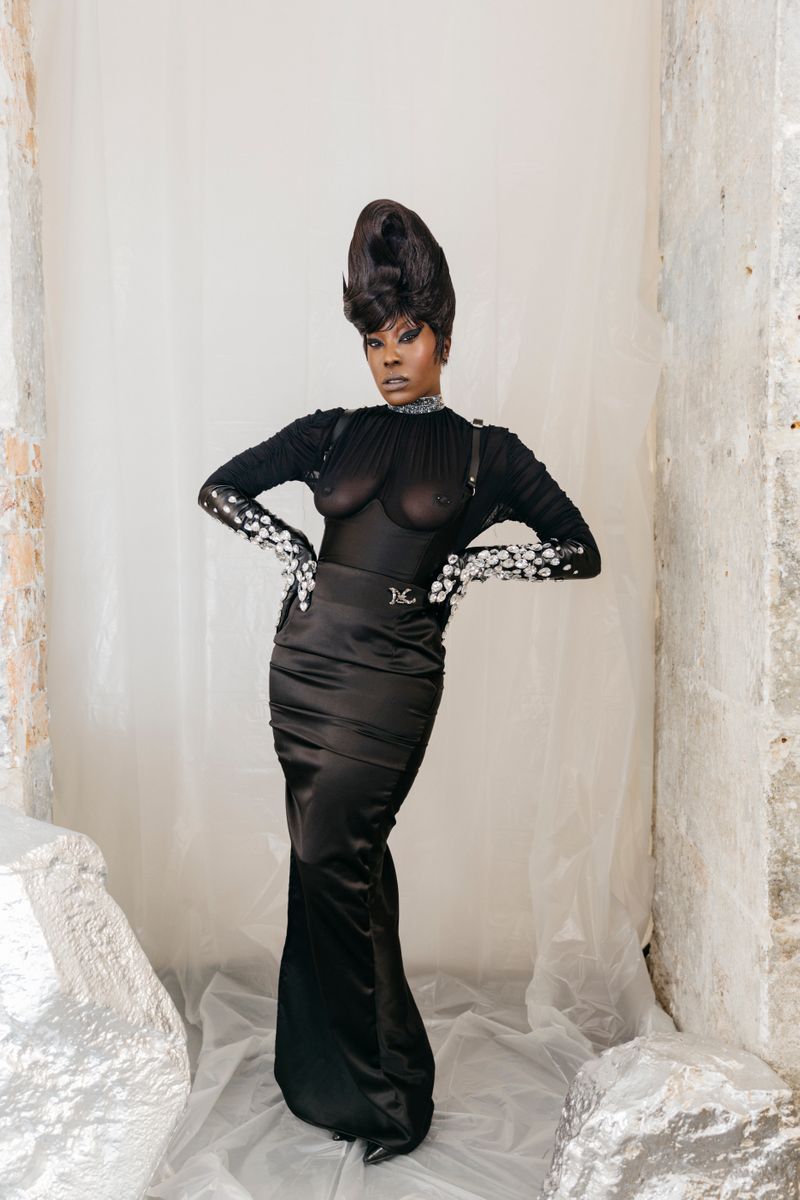 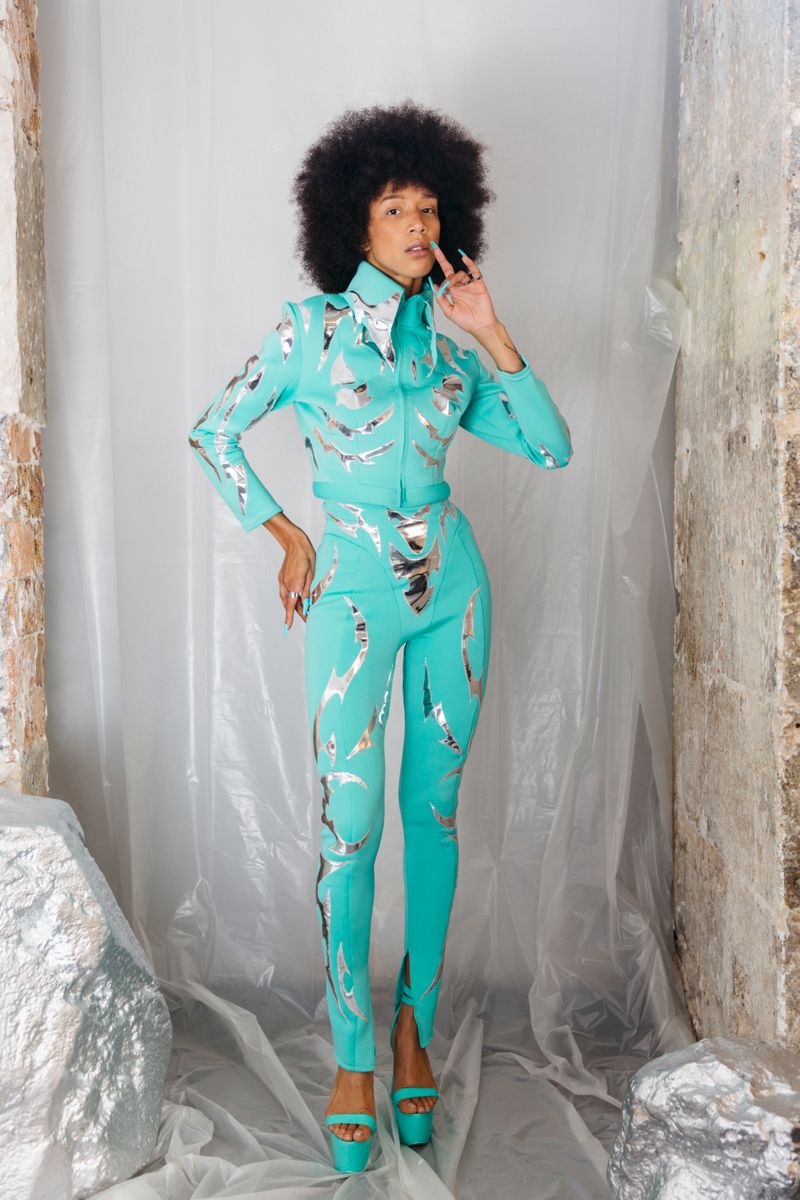 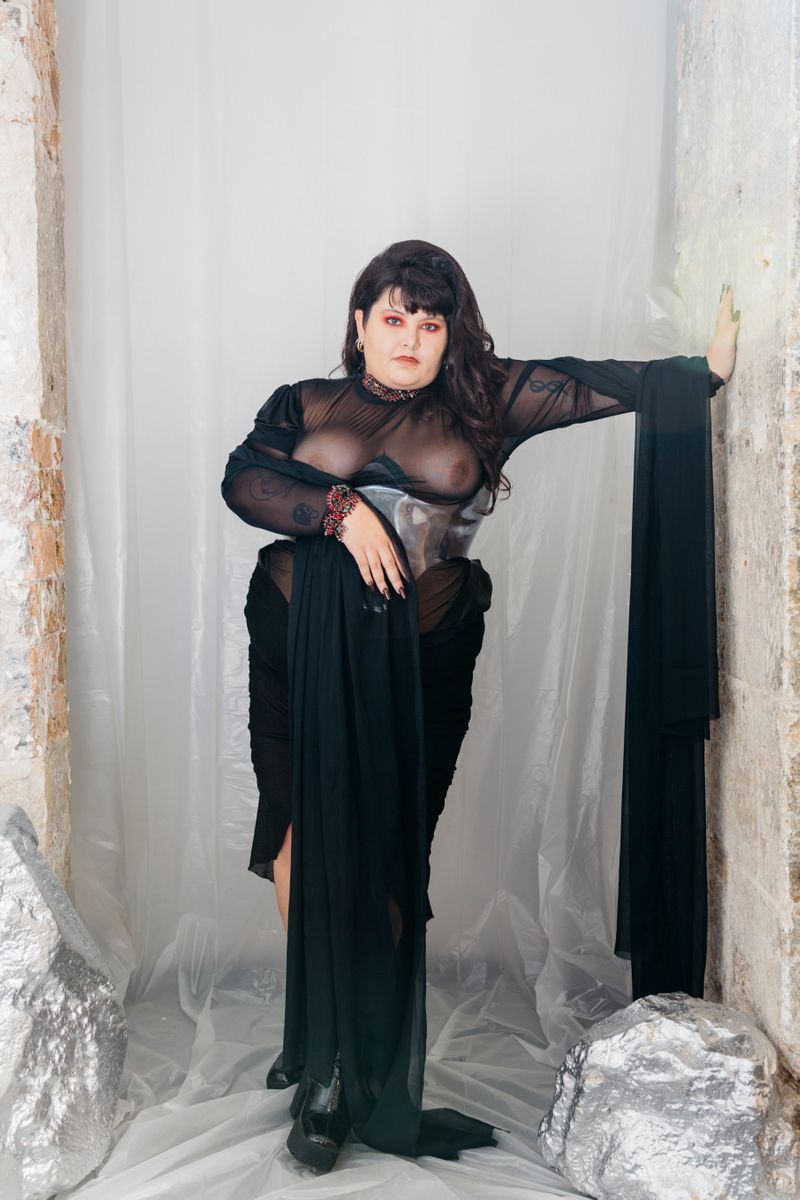 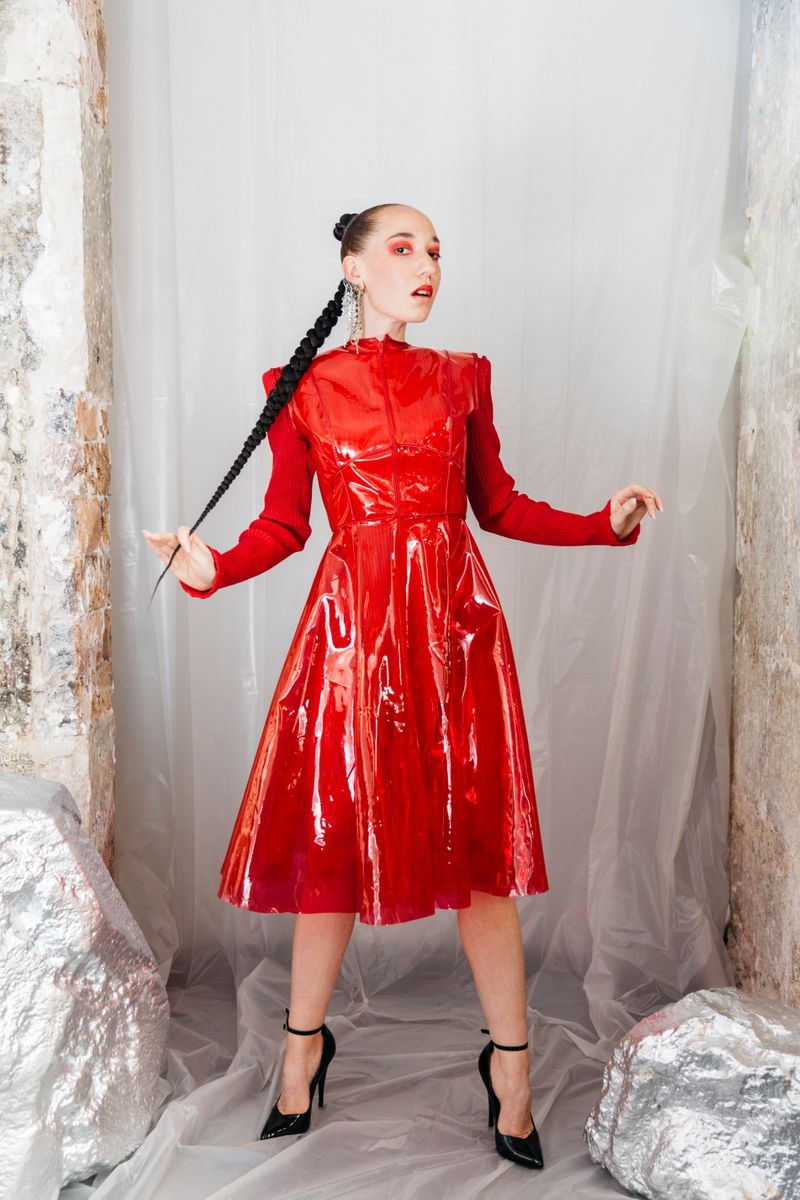 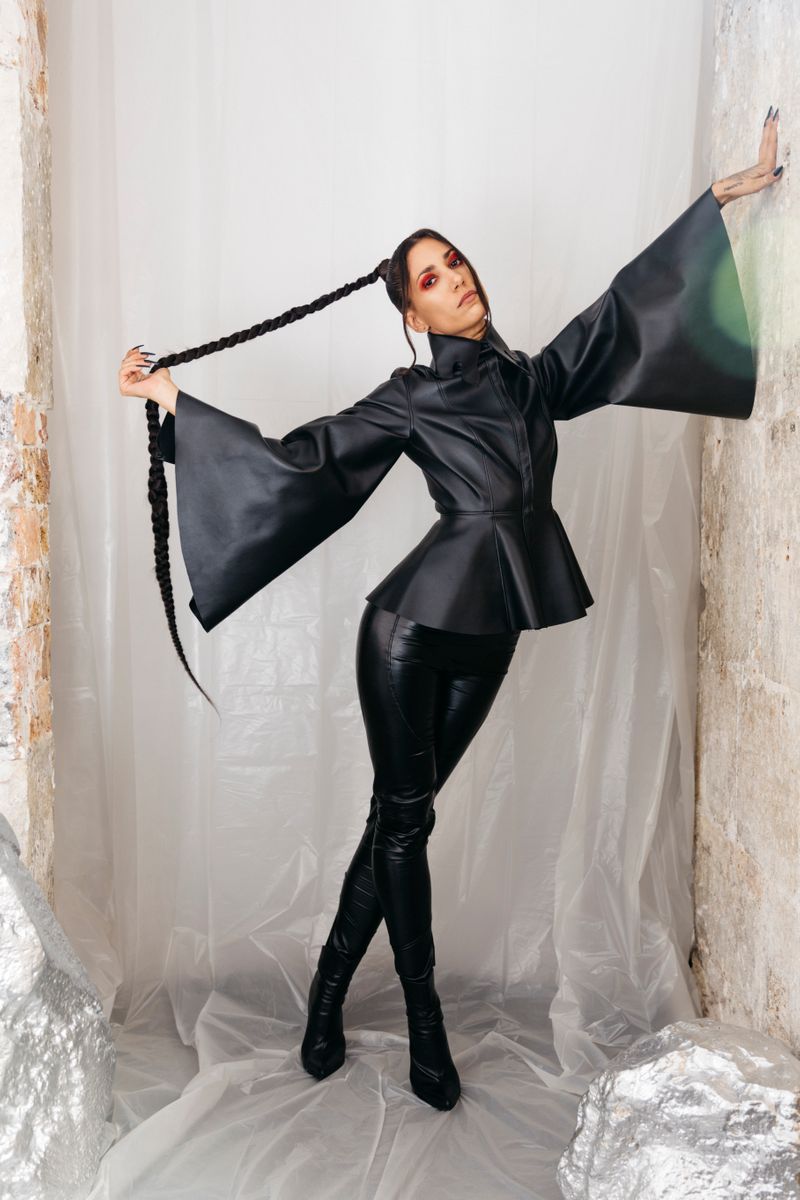 By displaying this modern pantheon, ASQUIN offers a range of styles embracing individuality and singularity. Meant to shine just as bright during day and night, the garments are a middle finger to preconceived ideas of trends and inappropriateness.

Born in 2019, ASQUIN is an independant label, going back and forth between ready-to-wear and performance wear, destined to those who wish to infuse their daily lives with onirism. 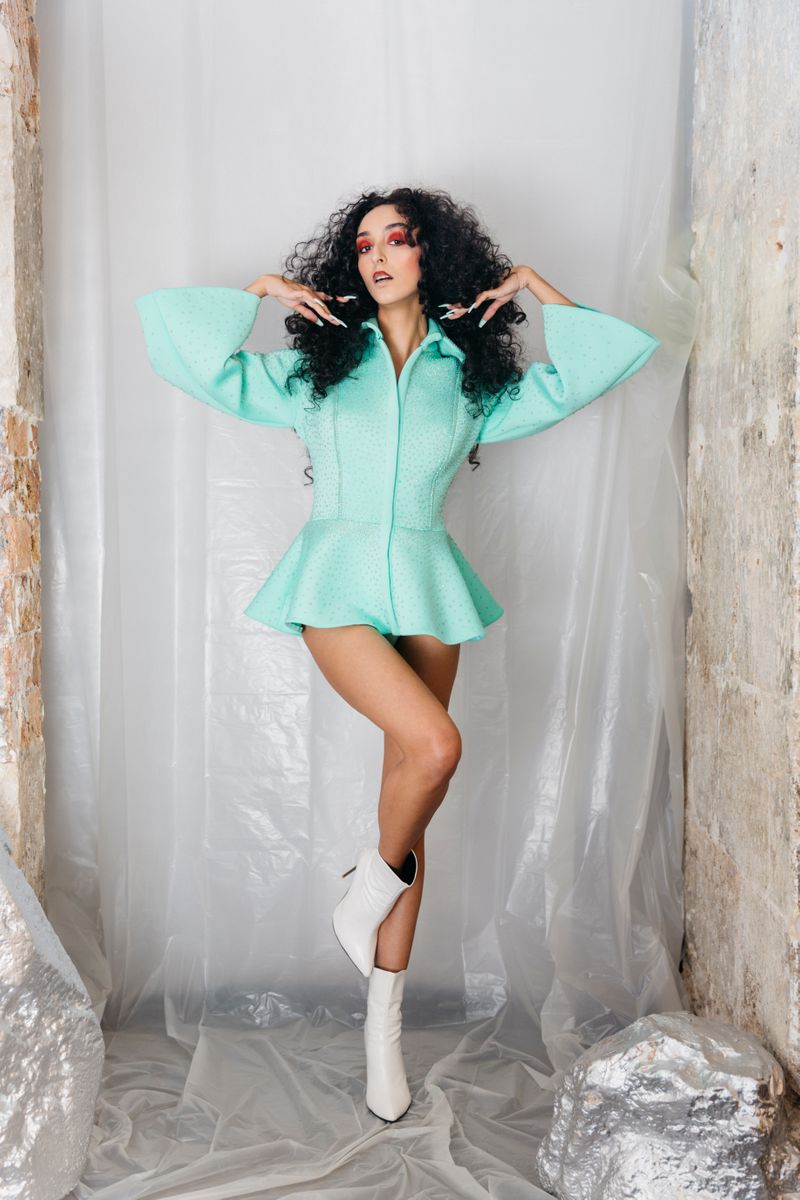 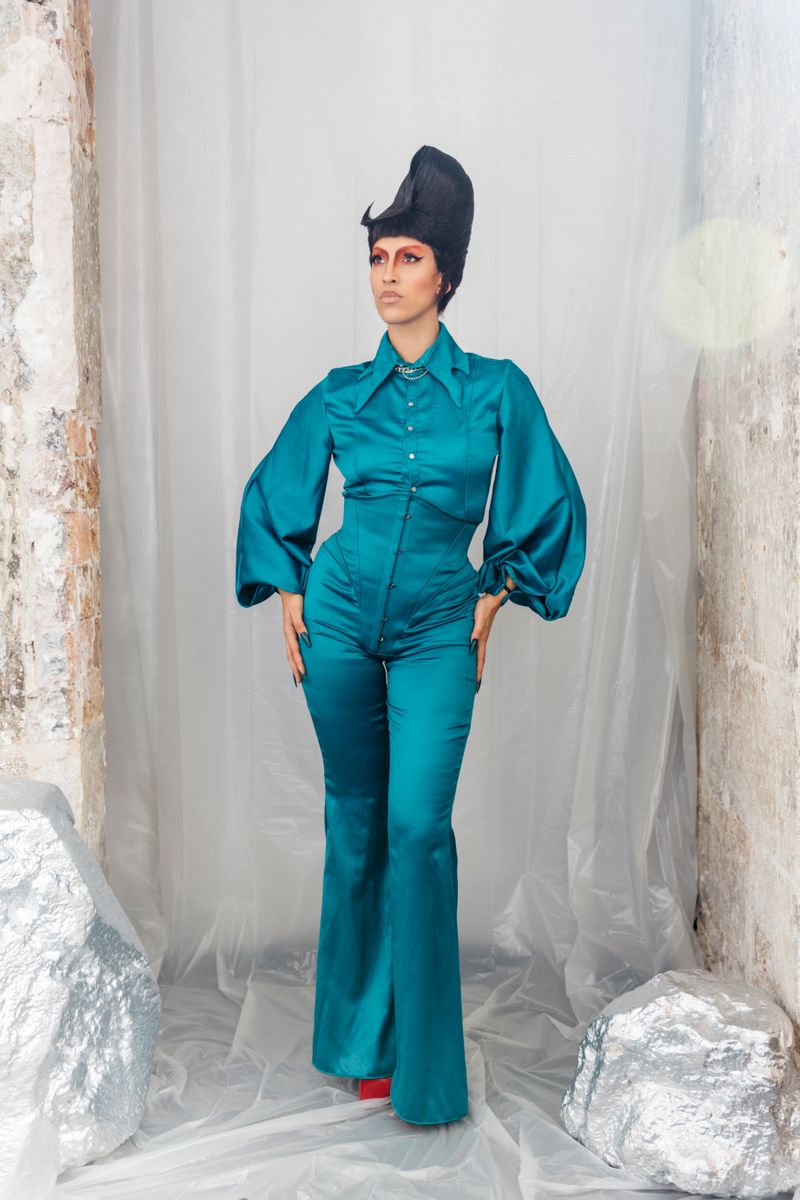 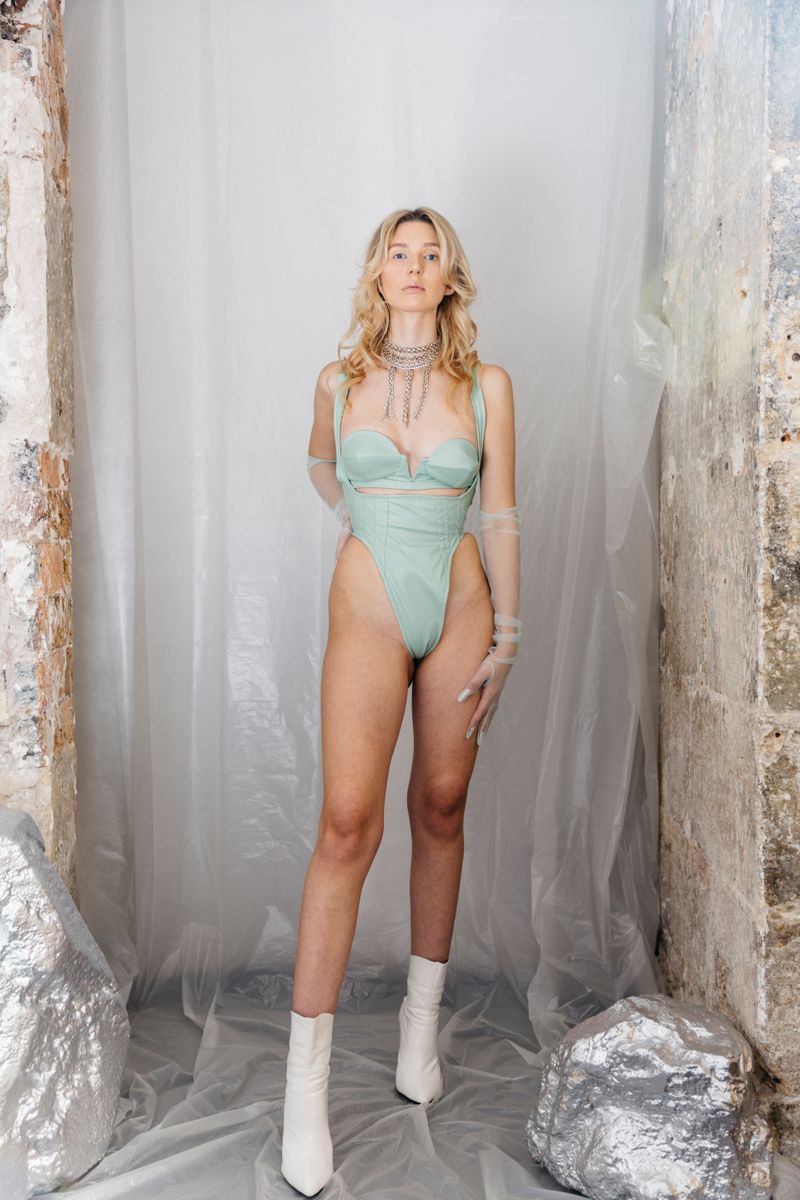 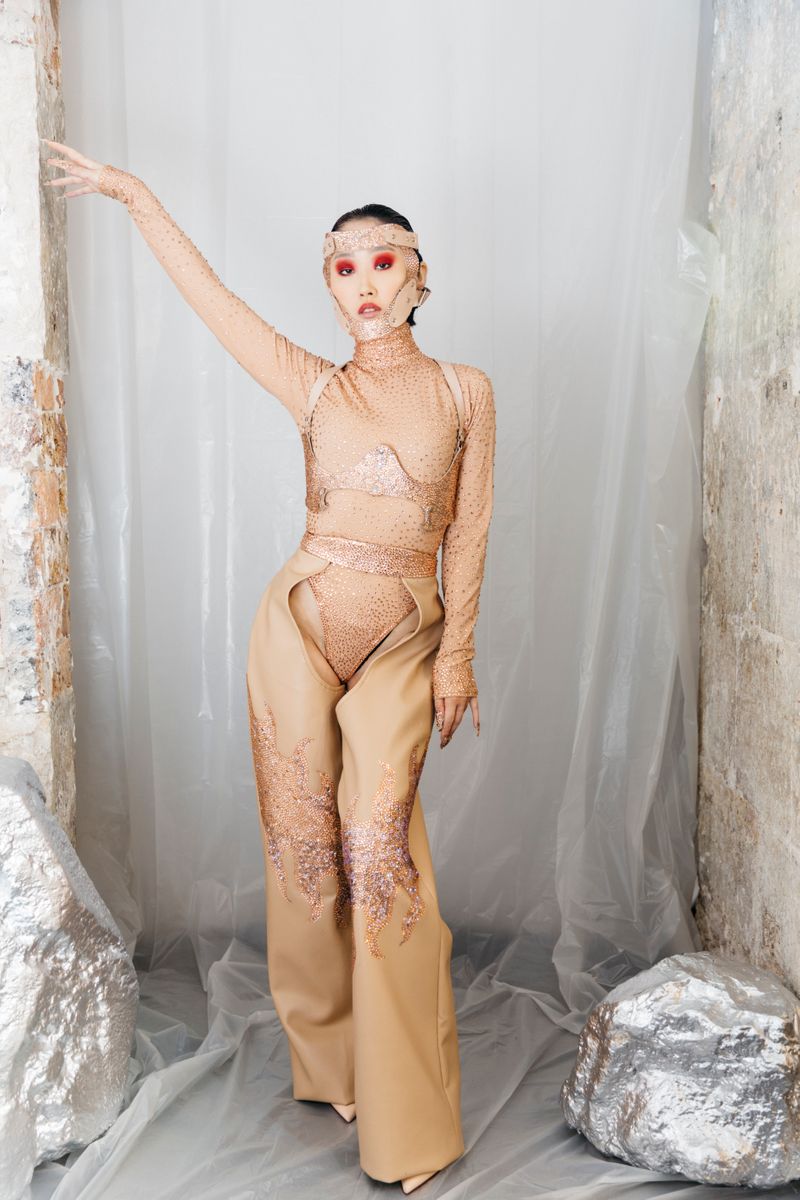 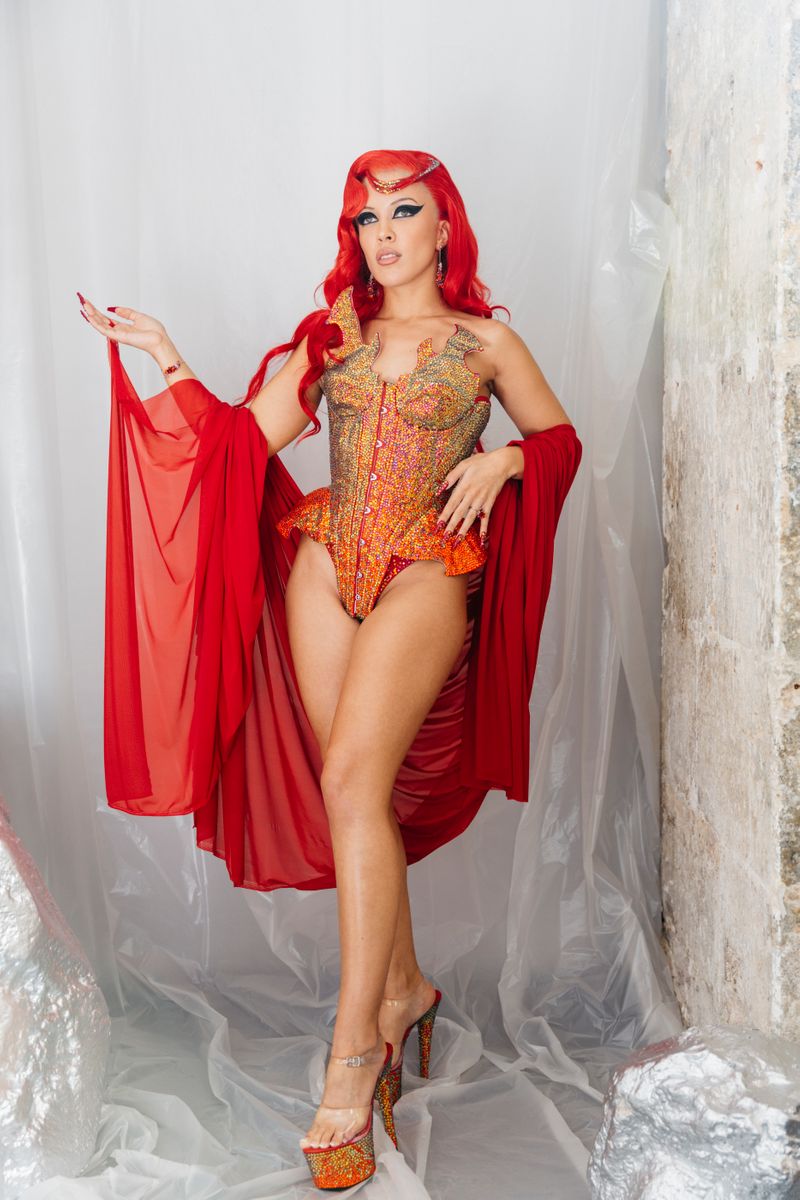 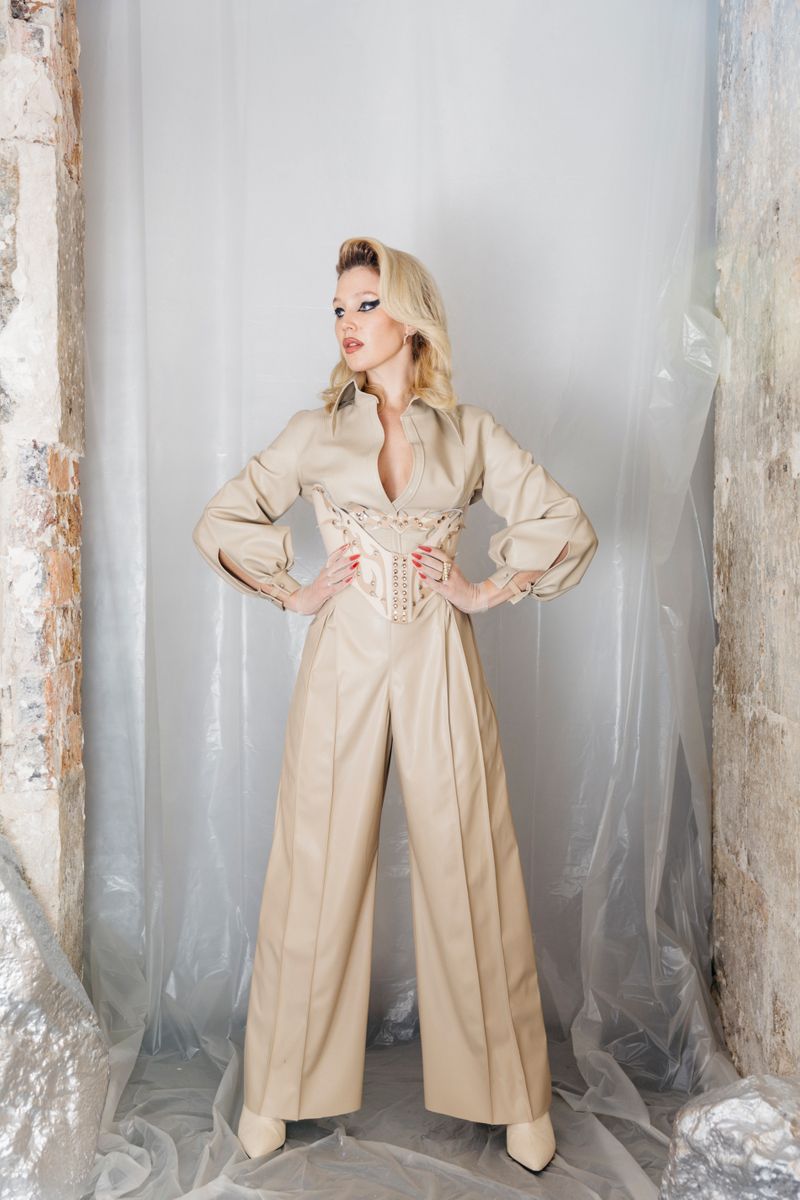 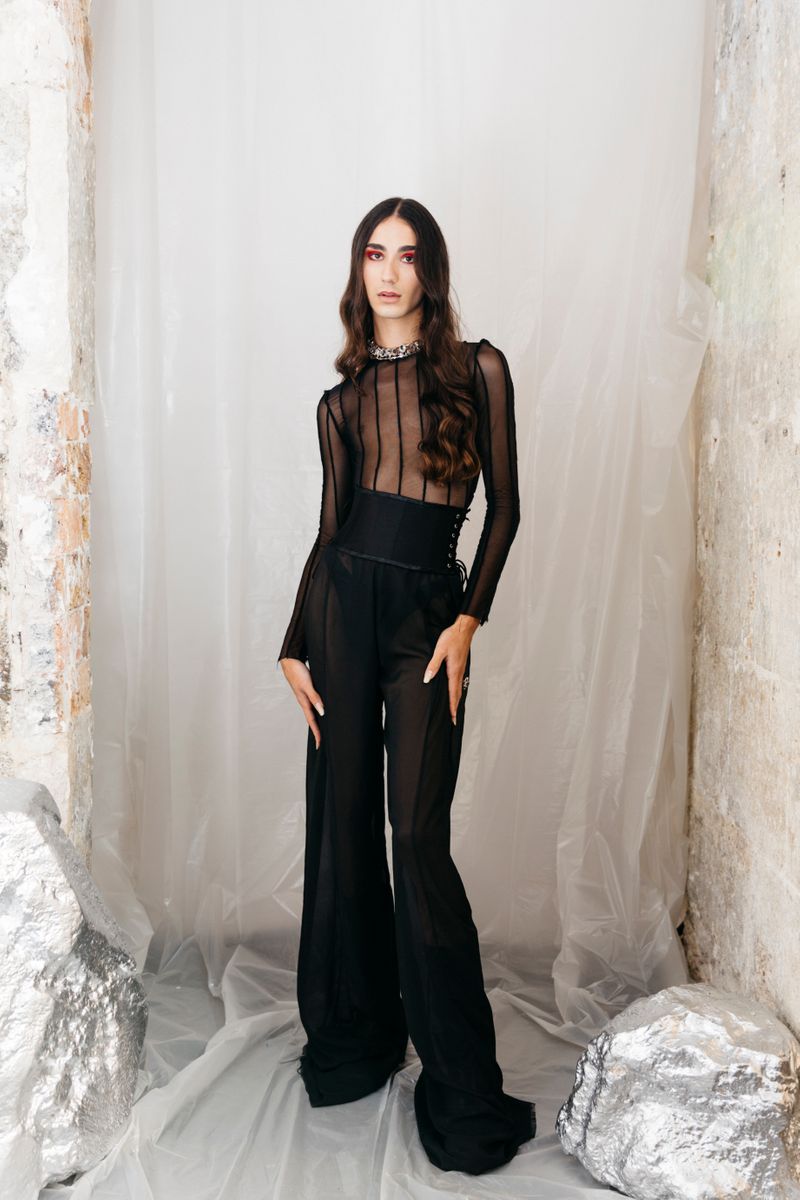 “Entirely crafted in our Parisian atelier, and primarily using upcycled and reused materials, our pieces are a door towards a fantasmagorical world, between mythological artefacts, relics from the golden age of Hollywood showgirls, and 70’S sci-fi. ASQUIN develops a theatrical world, and is destined to an informed audience, hungry for underground culture and anticonformism.”

Almost as a millitant statement, the ASQUIN silhouette is profoundly feminist, intrepid and warrior-like : a true armour to face the oppressions of the world.

With numerous collaborations involving the worlds of music and entertainment, as well as an international clientele, ASQUIN is constantly growing, and aspires to give each customer a glimpse of their own lyrical, retro-futuristic odyssey. 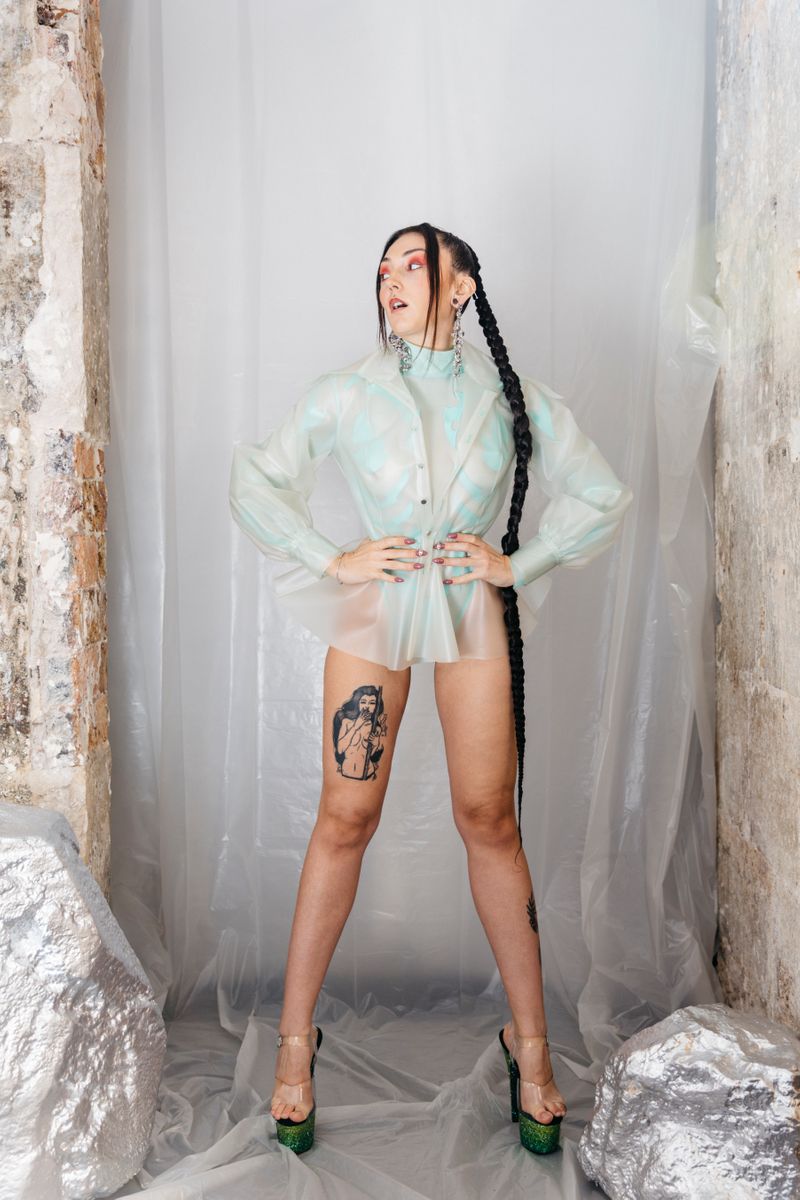 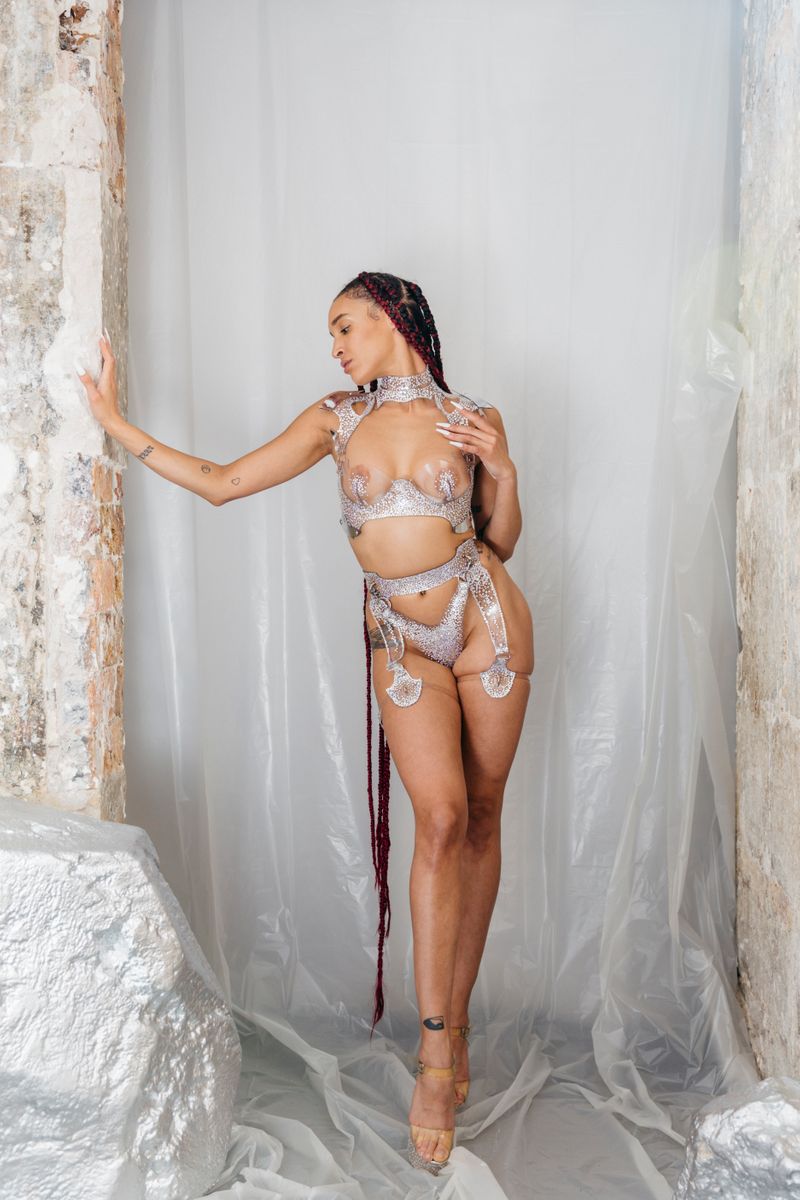 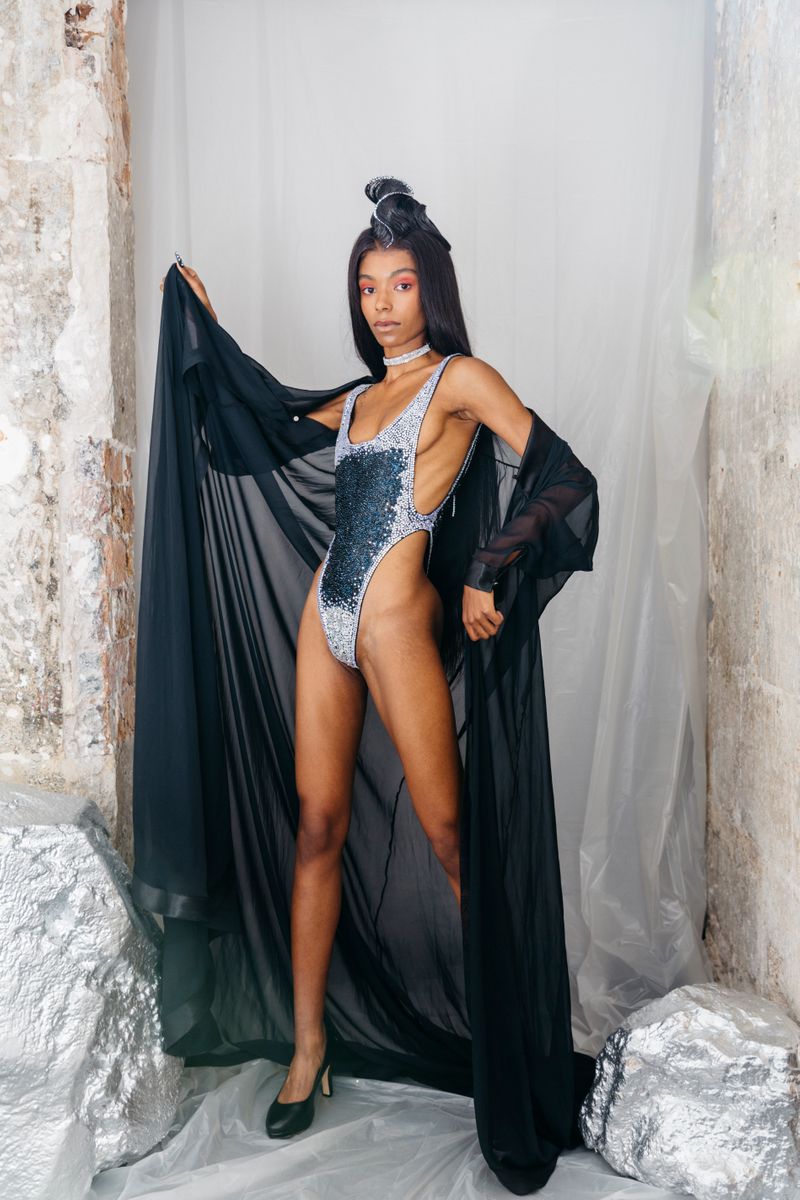 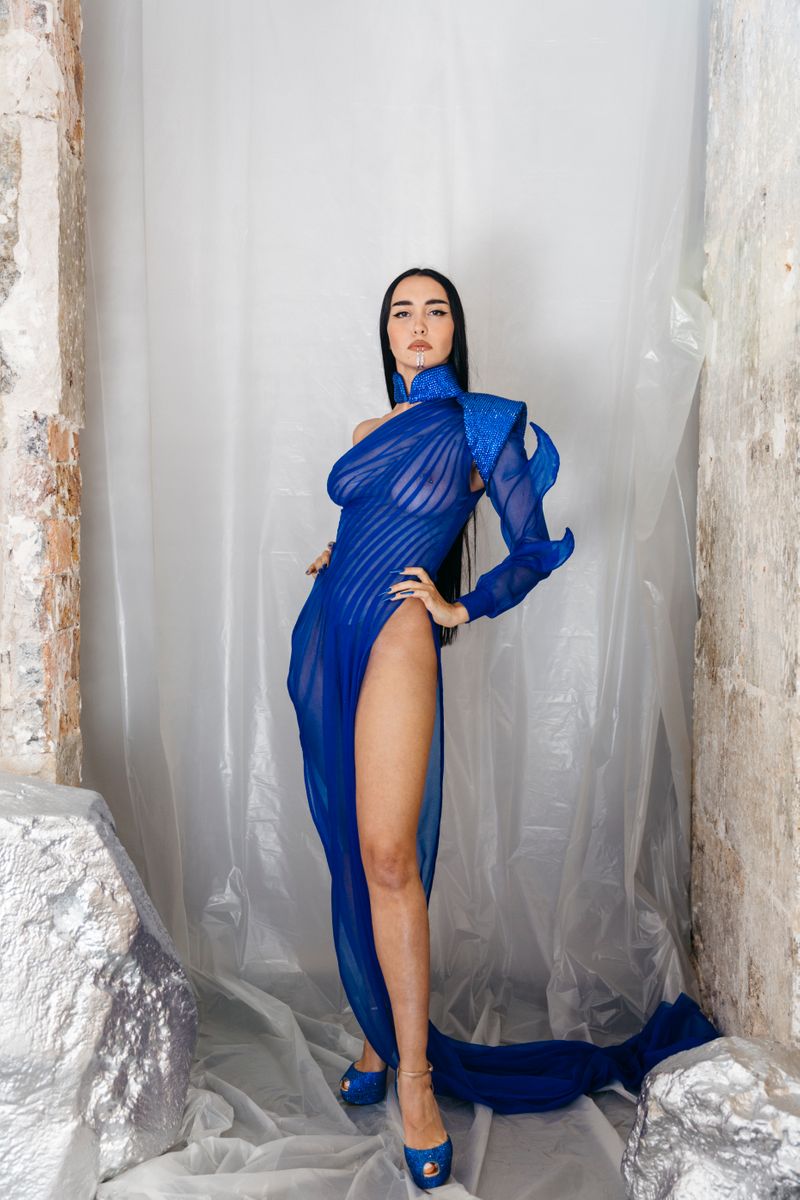 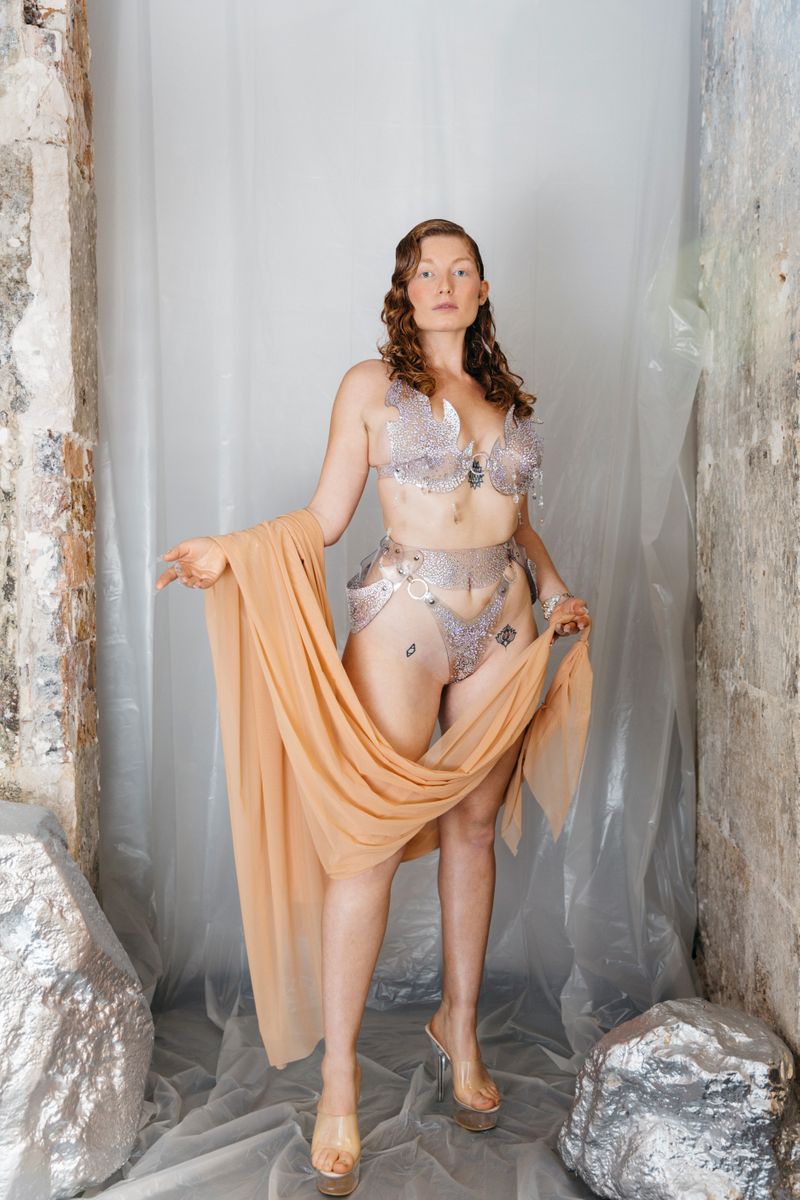 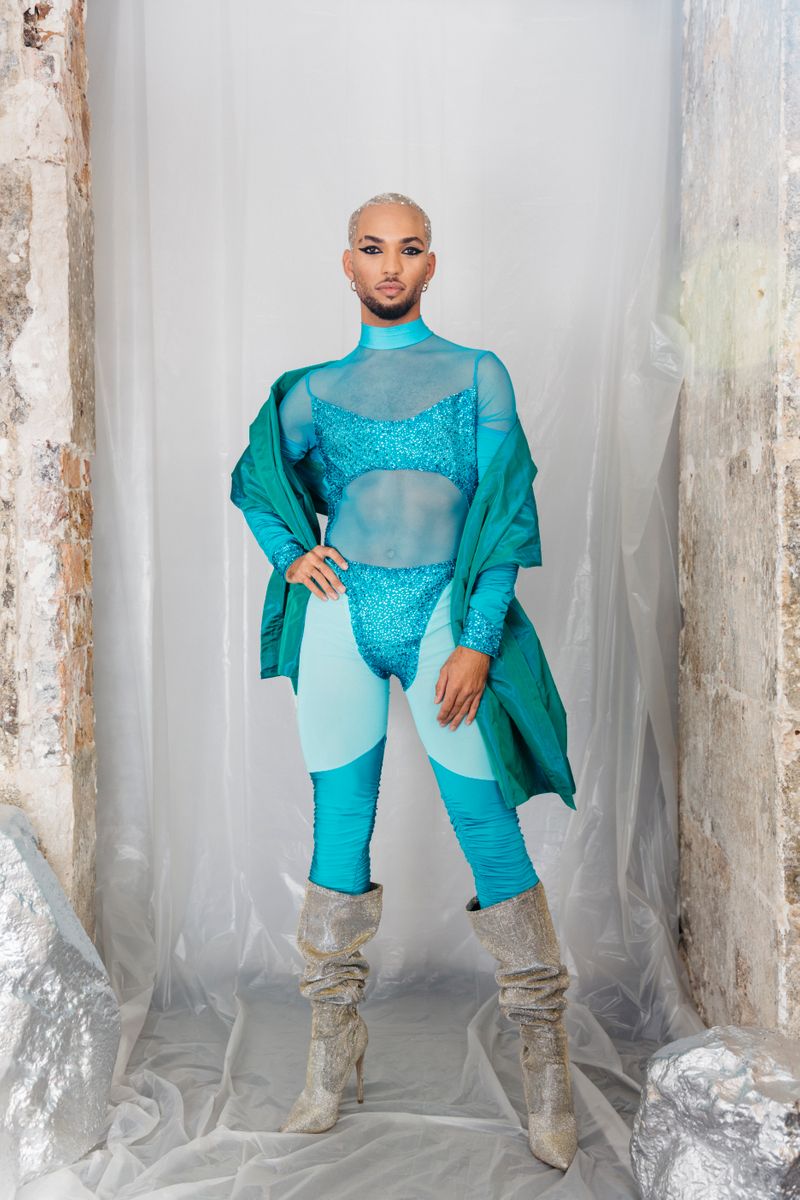