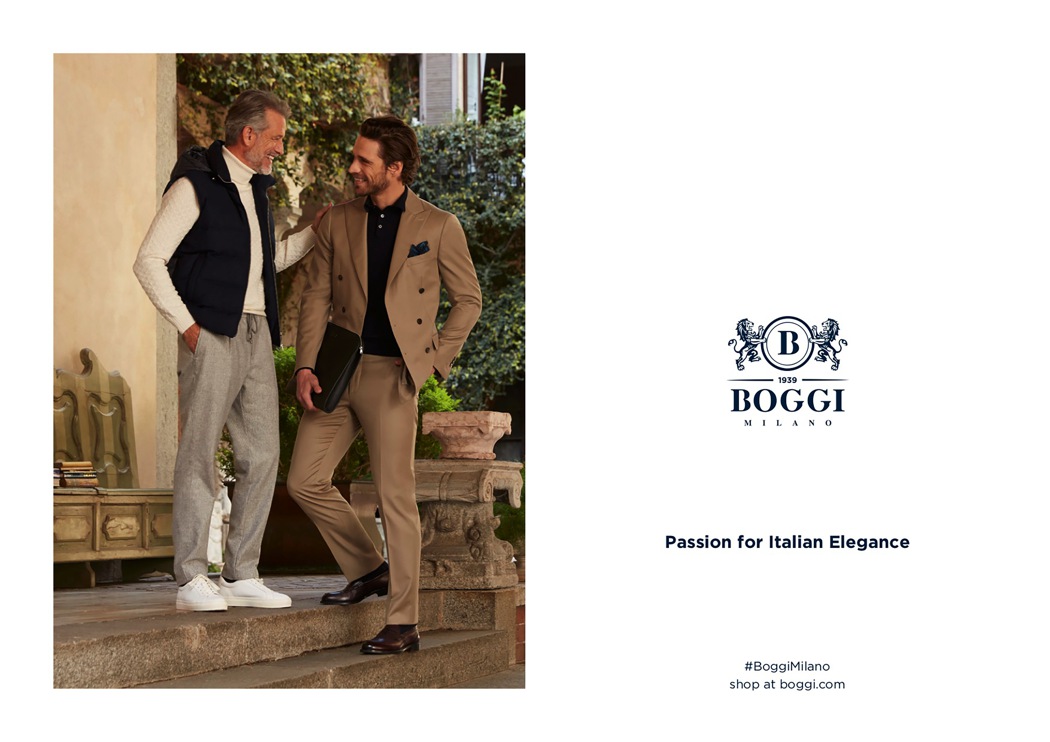 The long-established Milanese brand reveals to the world the secrets of the great city of Milan, telling stories of life set in its courtyards, interpreted by real courtly men, the protagonists of the new advertising Fall-Winter 2019 campaign, shot by Toni Thorimbert.

Boggi Milano, the menswear brand founded in 1939, an expression of Italian excellence at an international level, is about to launch a new and original chapter of the campaign dedicated to the contemporary man, continuing a story which began last season.

Courtyard stories. After the SS19 campaign which presented some of the most iconic places of the capital of Italian fashion, the FW19 Boggi Milano campaign reveals the courtyards of Milan, going to the heart of the cultural, social and architectural fabric of the city.

One of a kind: the Boggi Milano man. The new Cosmopolitan Businessman is at the centre of the campaign. He is not only a businessman but also a kind and courteous man in the purest sense of the word. A generous, cordial and friendly man, but also a man who is capable, involved, cultivated and self-confident. With strong roots, he has his feet firmly in the present and he looks to the future. An inspired man, a father, son, friend, husband or boyfriend.

Shot in Milan, the birthplace of the brand and the capital of men’s fashion, the Fall-Winter 2019 campaign by Boggi Milano is made up of fascinating cinematographic pictures, which relate the protagonists’ emotions day by day. Four kind men who interpret, thanks to the skill of the renowned Toni Thorimbert, four chapters in a day full of events and emotions.

Legacy. A family visit of father and son. Intimacy and personal stories.

Waiting for love. A romantic date with the woman of his life. Excitement for the wait and desire.

The Milan you don’t expect. This season as well, Boggi Milano decides to pay tribute to its home city. Unexplored corners, private theatres where personal stories, both ordinary and extraordinary, unfold. They are the courtyards of Milan’s buildings, real stages for stories of life. Almost invisible from the street, usually hidden behind huge doors, stone walls or iron gates. Hidden gems, an integral part of the city’s heritage.

Passion for Italian Elegance. The campaign presents the main elements of the Fall-Winter 2019 collection: tech-tailoring, layering and premium fabrics. Boggi Milano embraces masculine elegance and innovation, which is shown in the use of the materials but also in the offer of a relaxed wardrobe which favours layering and versatile pieces, for both formal occasions and leisure time.