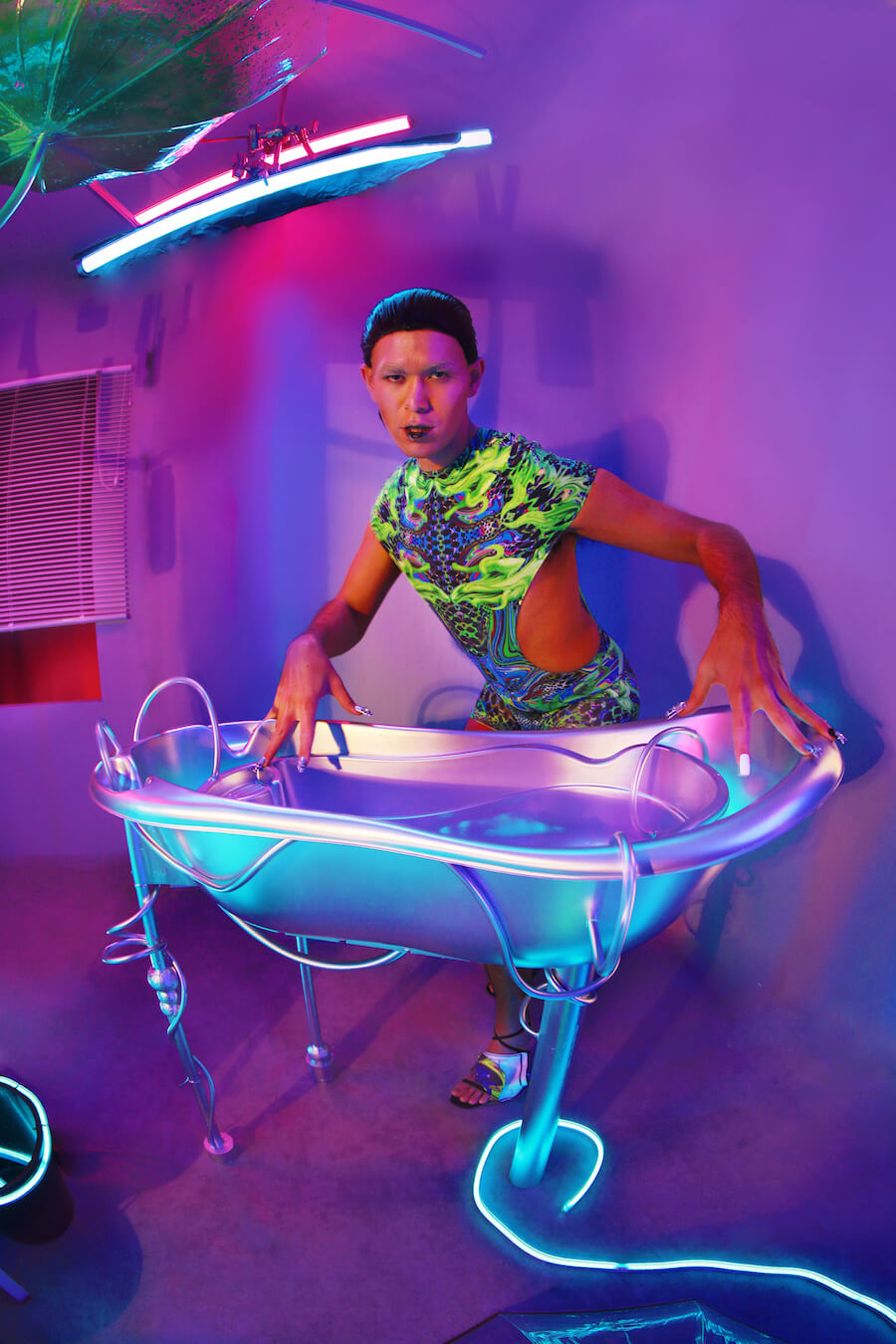 ‘AL(LY)IEN’ is the latest collection of Austrian native and London-based eco-futurist fashion designer CHRISTOPH RITTER STUDIO, which was showcased during the Autumn/Winter 2021 Mercedes-Benz Fashion Week Russia. 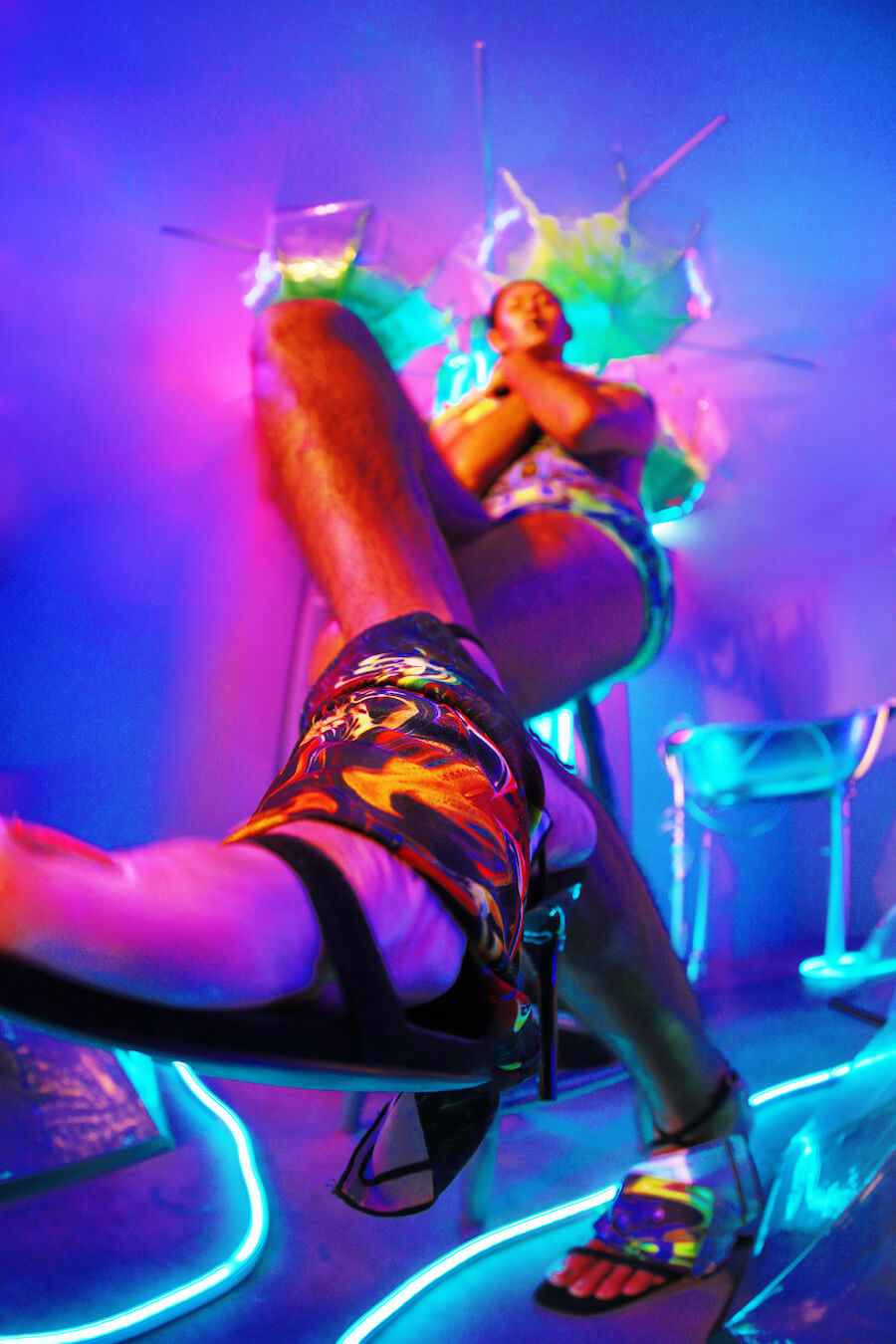 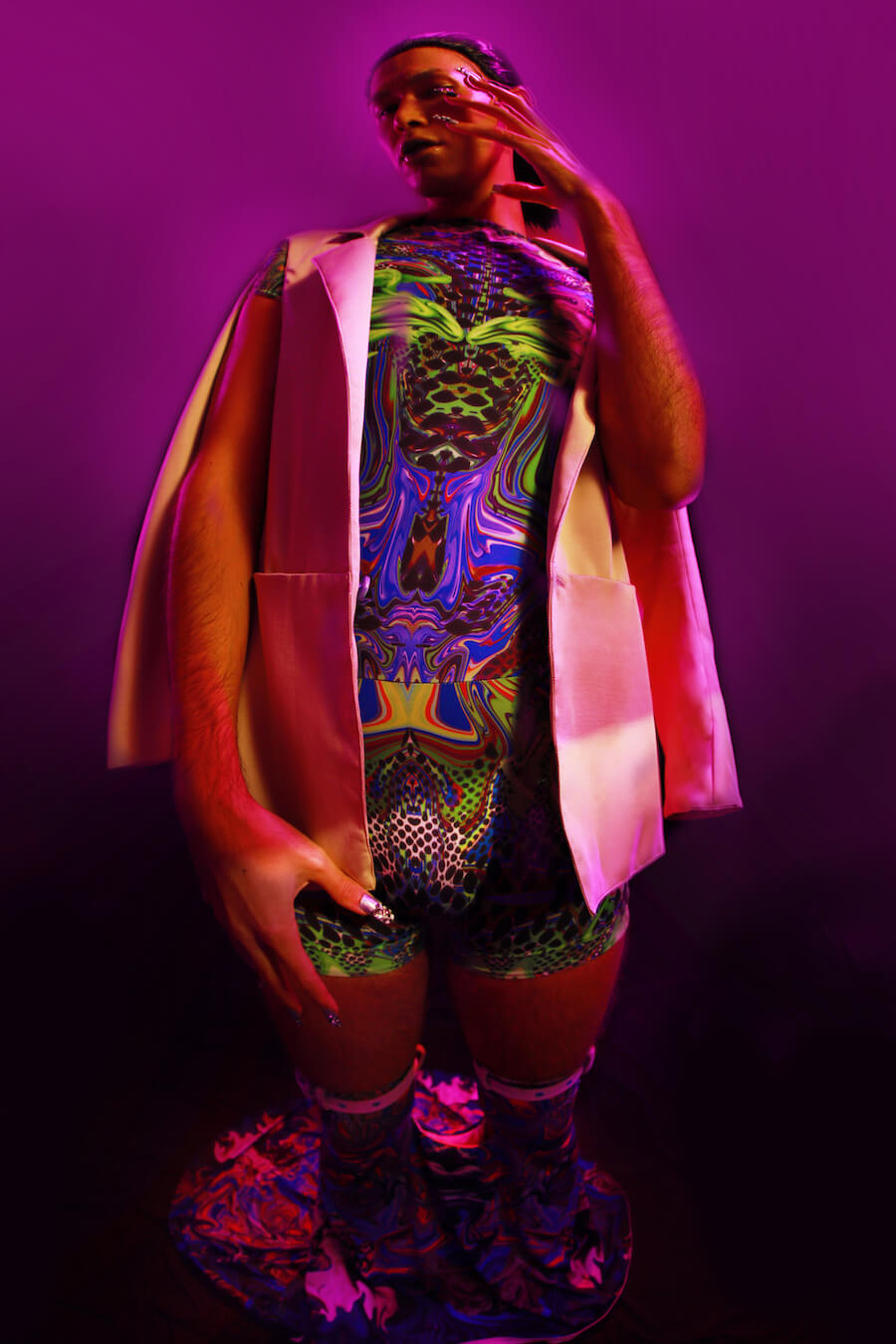 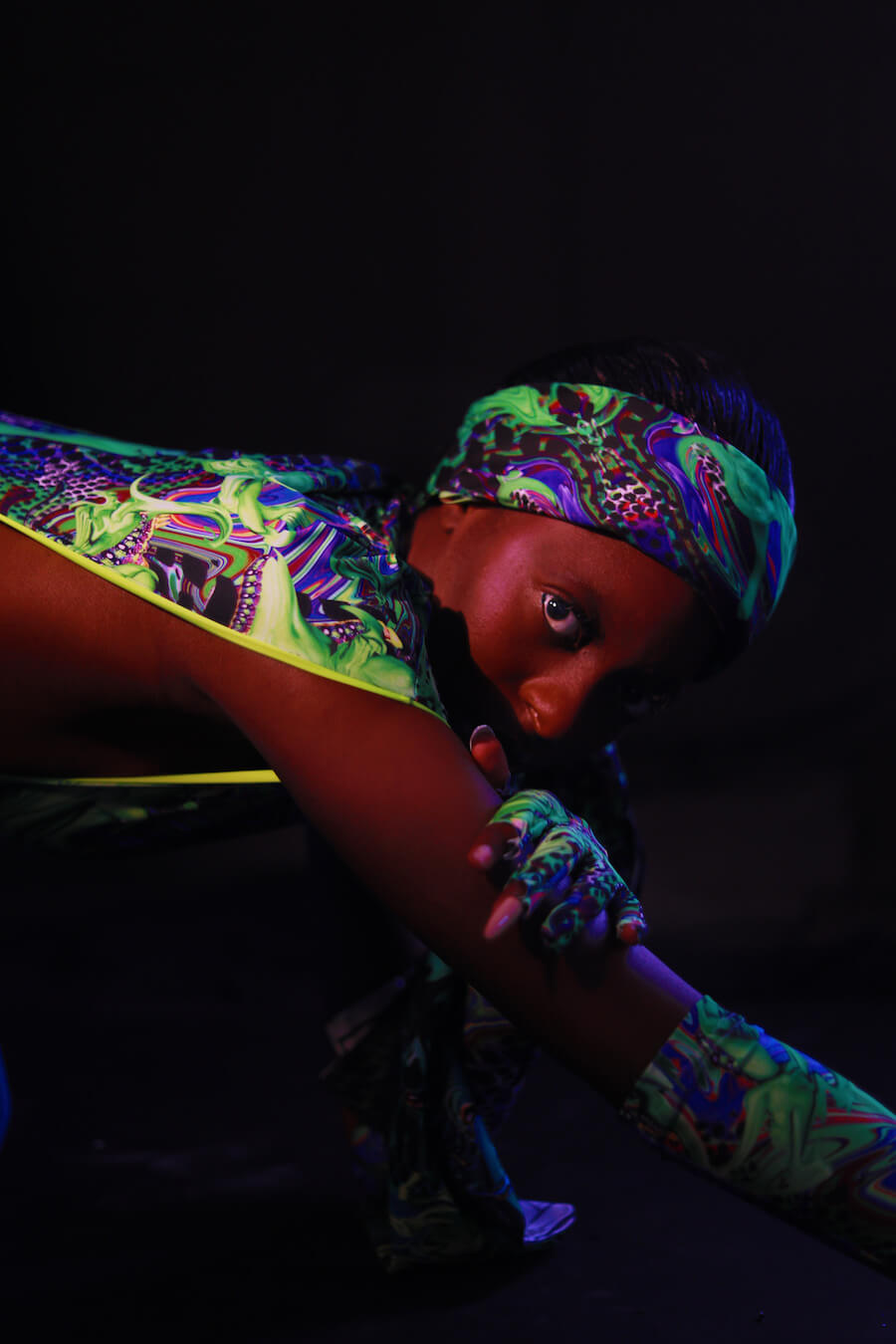 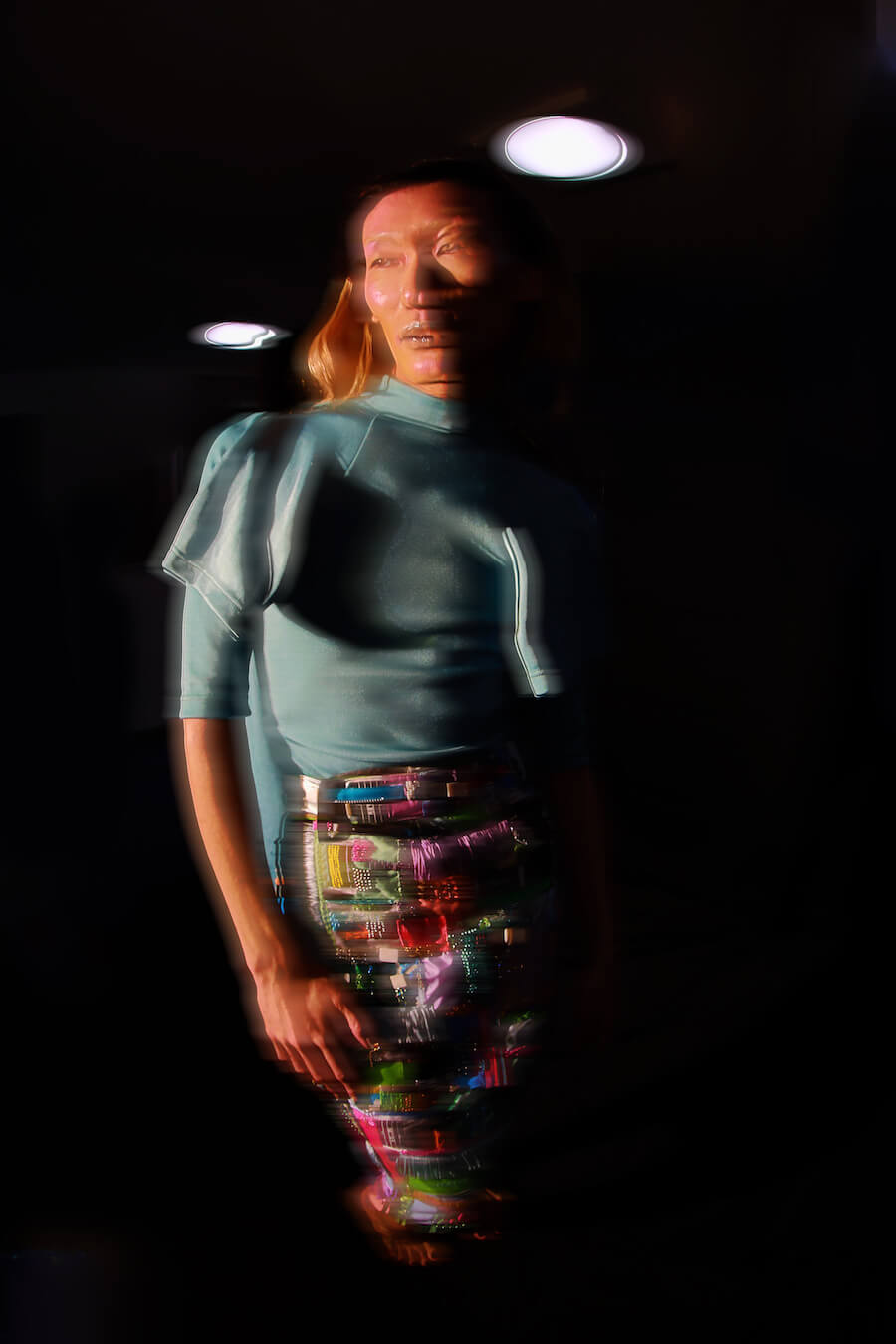 Conceived, developed, and produced during the pandemic with the limitations of several lockdowns, the collection is presented as a fashion film, which is set in an ambiguously utopian/dystopian future. In a world where pollution has led clothing factories to shut down, four beautiful ‘AL(LY)IENS’ are getting ready for the night by creating fashion out of toxic slime in their living room labs – a futuristic interpretation of sustainable creation. 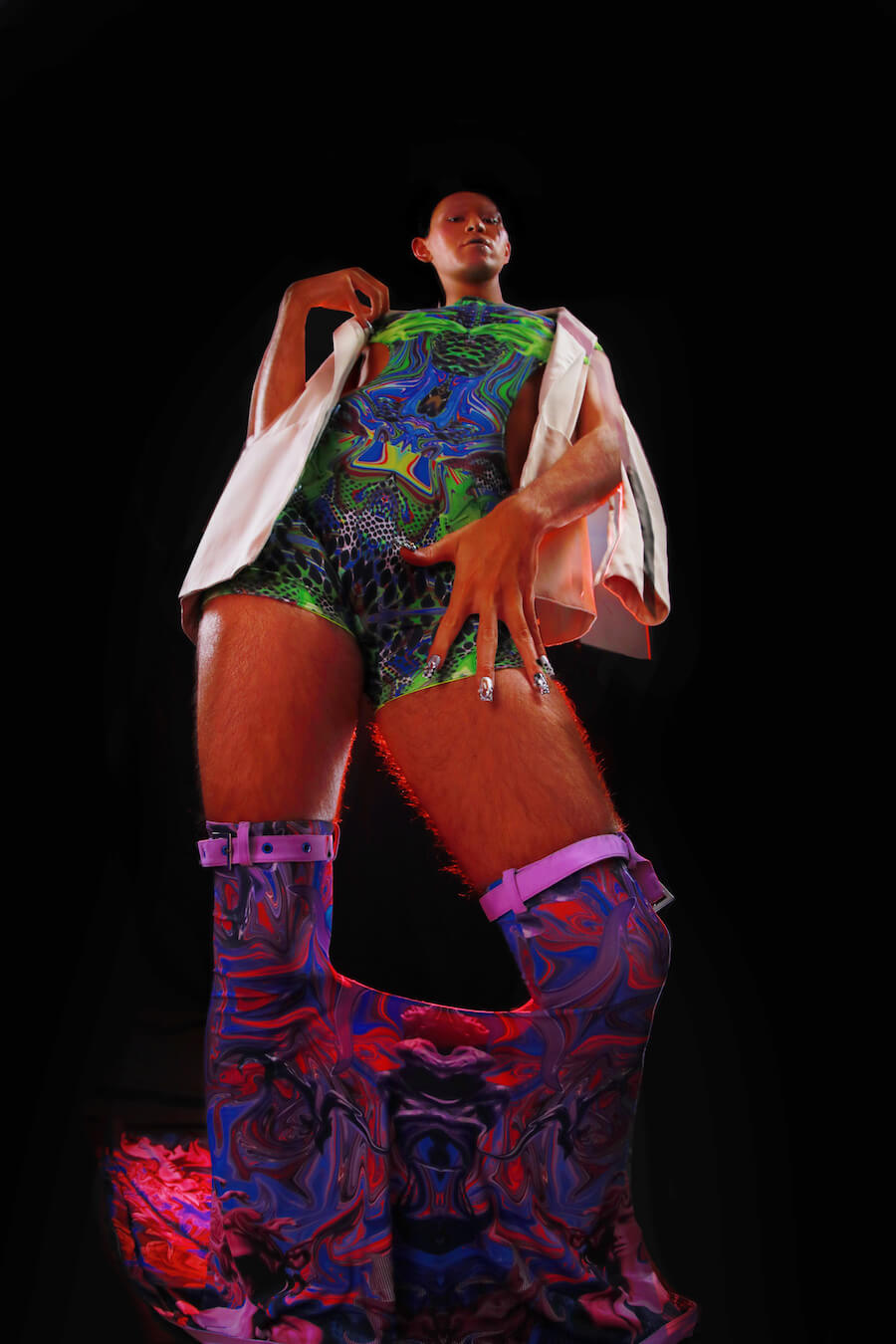 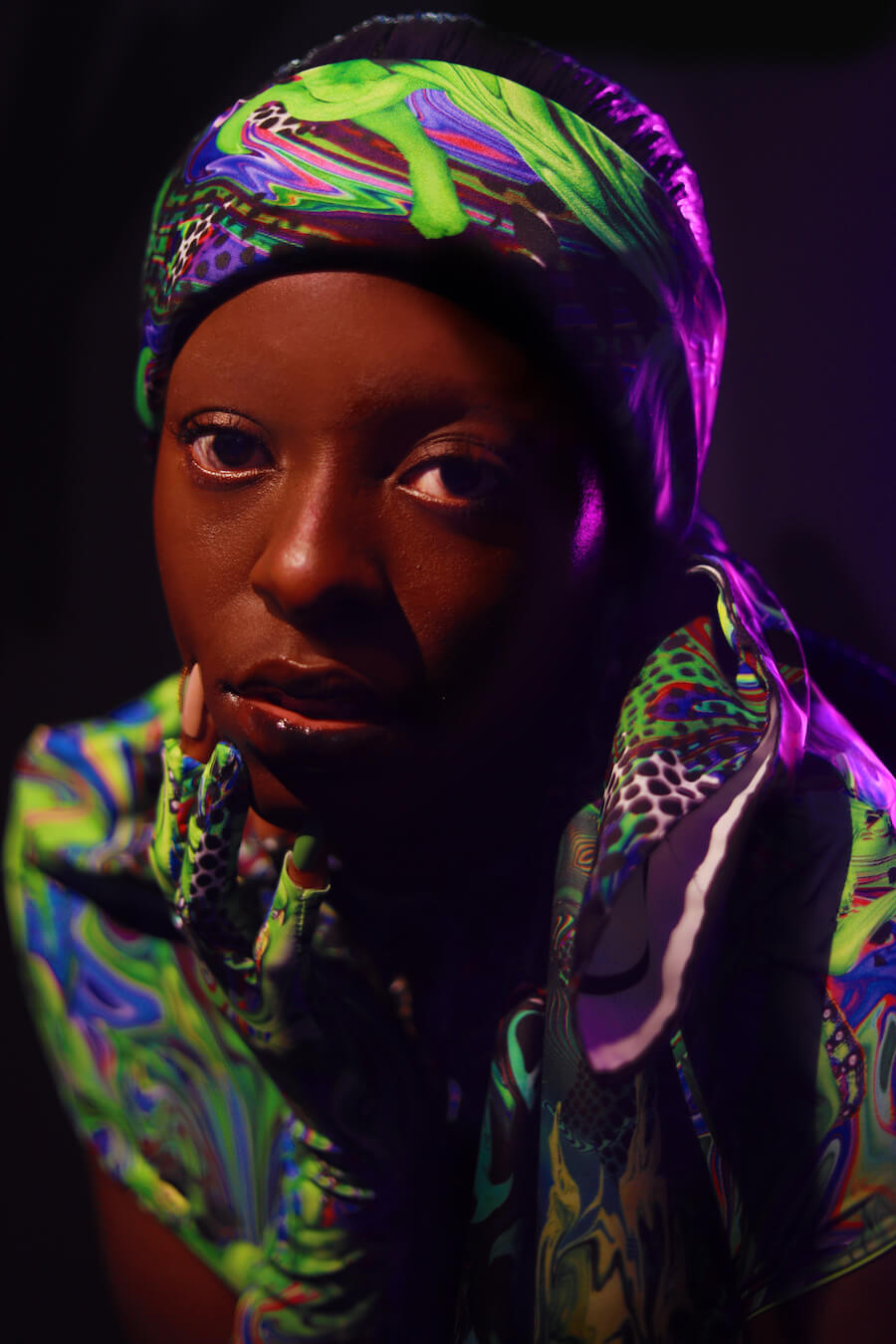 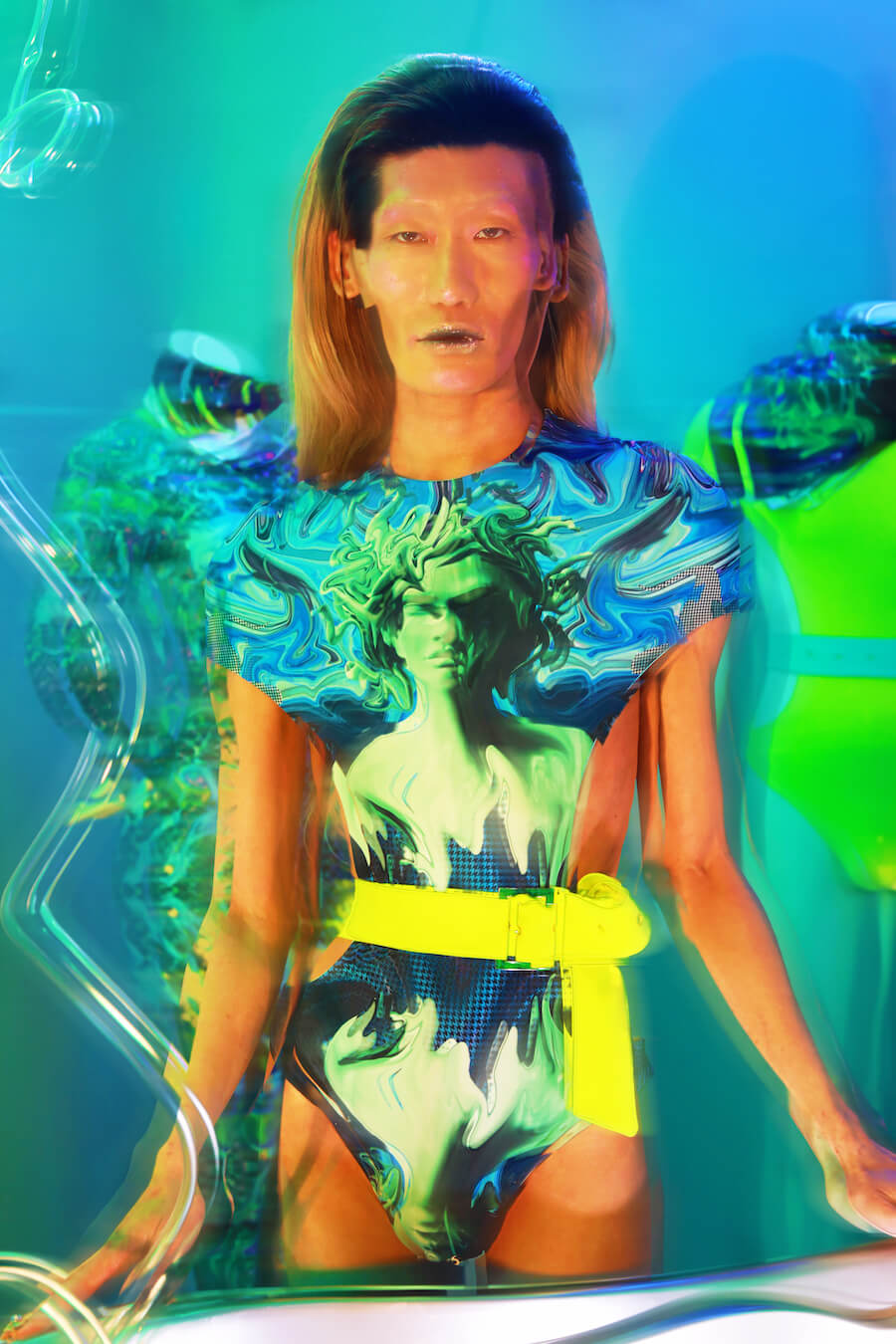 ‘AL(LY)IEN’ is a collection of future artifacts that deal with the Eurocentric alienation and appropriation of non-western beauty ideals. Developed during the pandemic, a major focus lies on overcoming borders and separations by building an inclusive digital community that pushes the limits of luxury and glamour. The shapes are hyper-feminine, subversive, and offer a futuristic point of view on womenswear. Applying traditional handicrafts used in Austria, such as embroidery and beading, and juxtaposing it with digital textile design has created alienesque semi-couture pieces reminiscent of an early Thierry Mugler.

In accordance with the designer’s ethos, all the pieces were fashioned from dead-stock, recycled materials, as well as Tencel – a fabric that is regenerated from wood pulp and cotton waste. The jersey pieces are made from Regenesis Polyester, derived from recycled plastic bottles and Econyl – a type of Nylon that is entirely made from recycled fishing nets, which were discarded into the ocean. 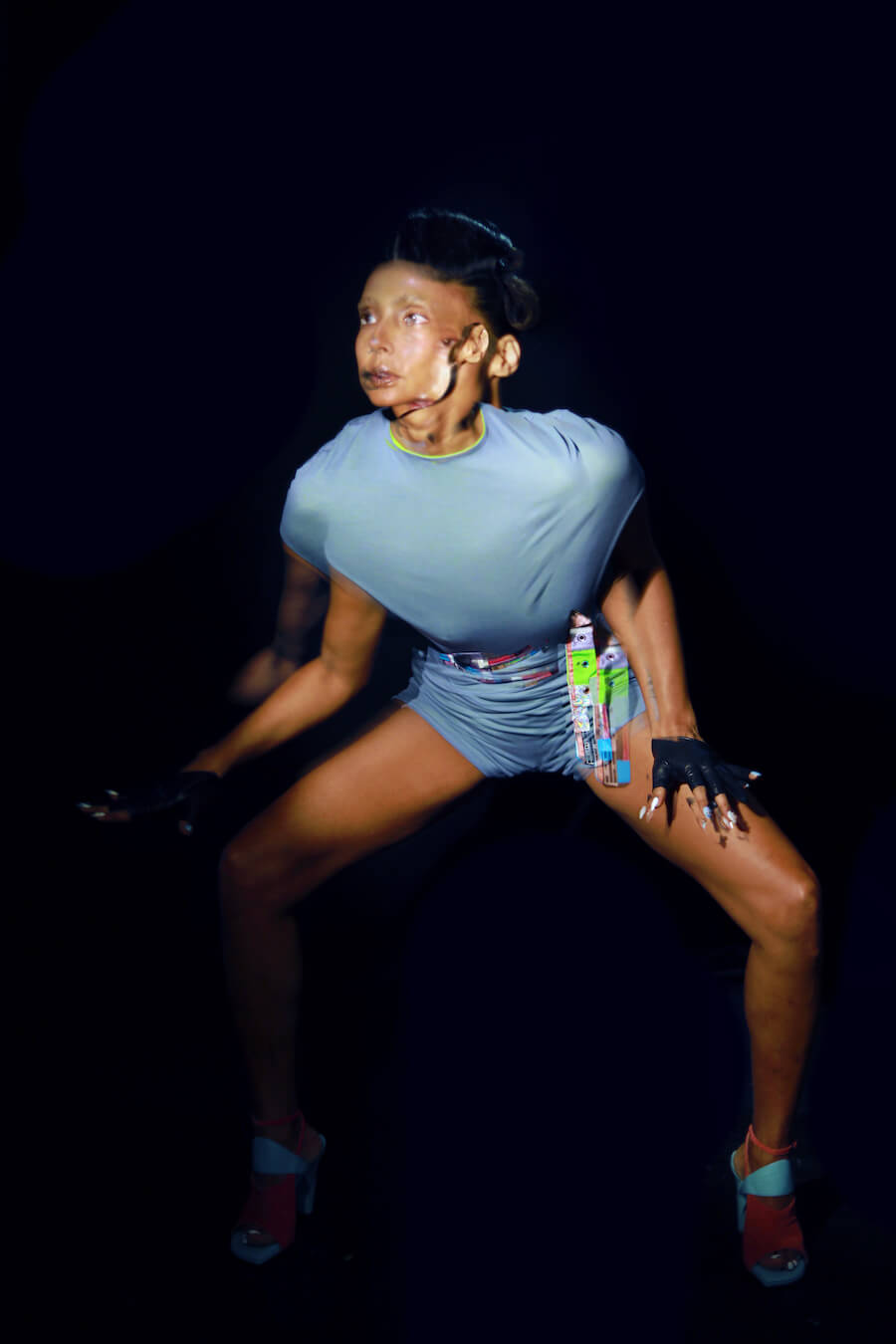 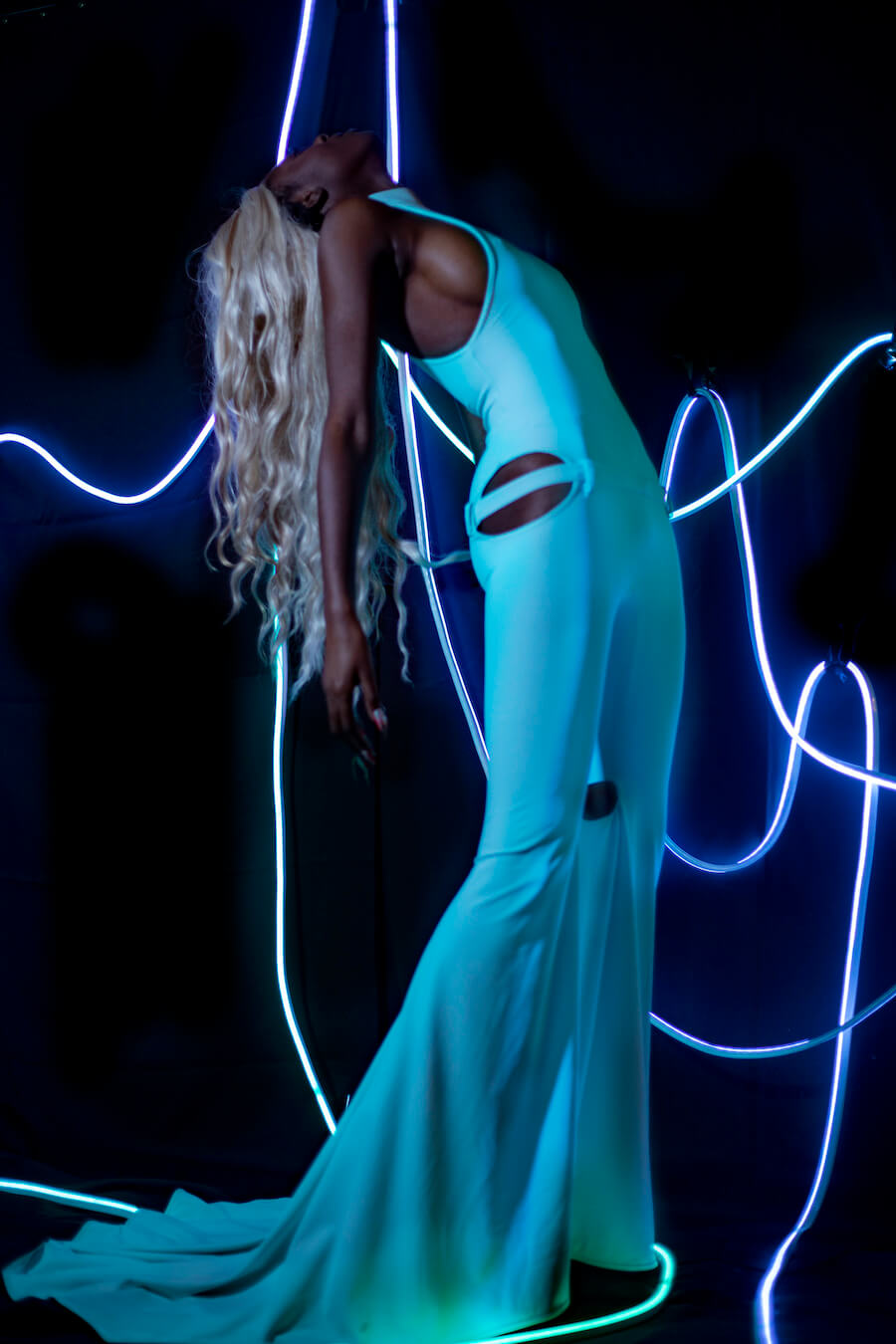 By collaborating with artists, designers, scientific researchers, and activists across the globe, the pieces have been designed to be inclusive, fitting various body shapes, CIS, and transgender bodies alike with the mission to overcome the alienation of any kind.

CHRISTOPH RITTER STUDIO is a London-based fashion design label with the mission to push glamorous clubwear into the age of sustainable, ethical, and transparent creation. Having studied at the Royal Academy of Fine Arts Antwerp, Polimoda in Florence, and Central Saint Martins in London, Ritter’s design approach is about border-crossing collaborations that connect creatives from all over the world in order to challenge the status quo. Using exclusively discarded, recycled and sustainably engineered materials, their collections offer a unique and innovative glimpse into a subversive future of glamorous dressmaking. www.christophritter.studio 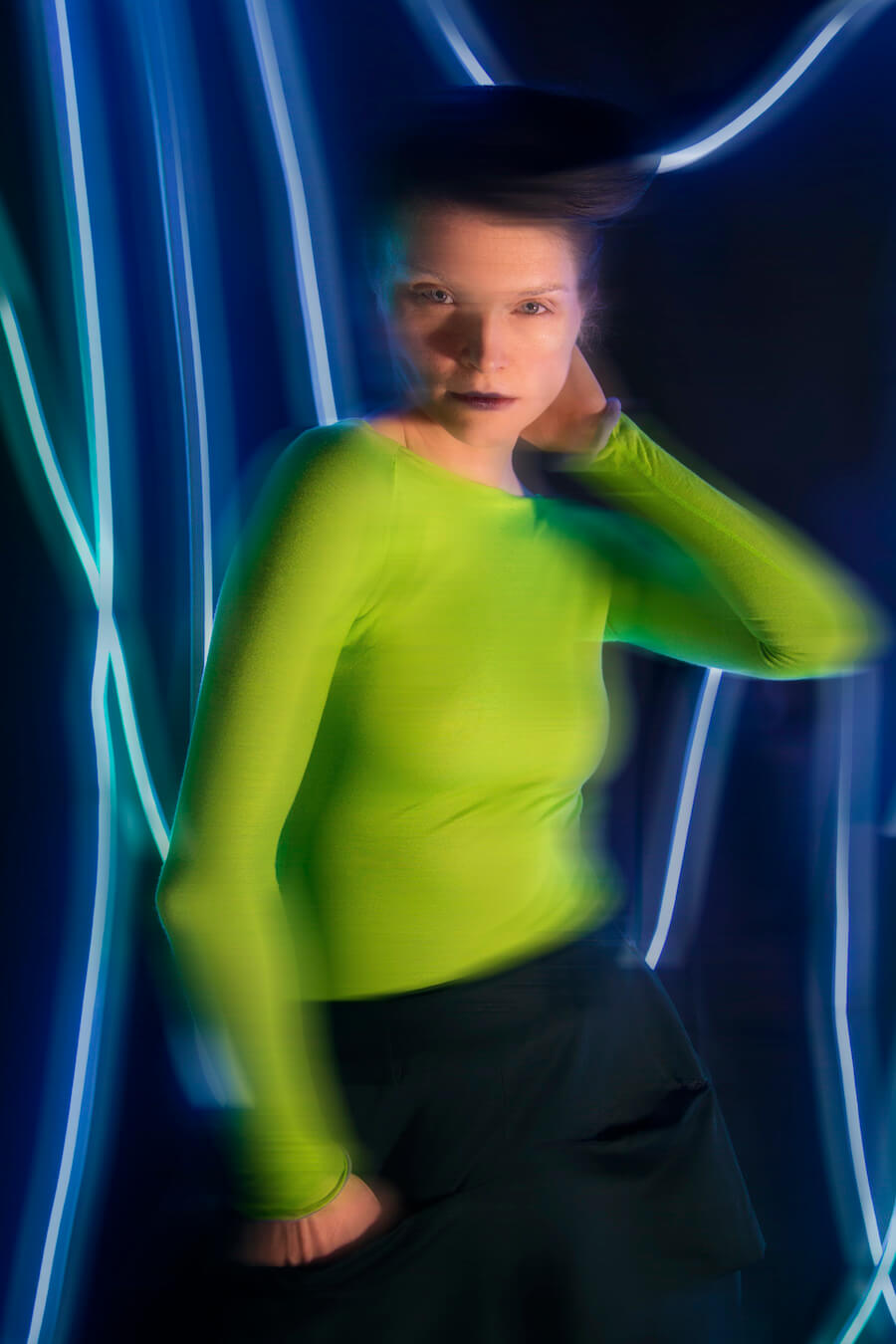 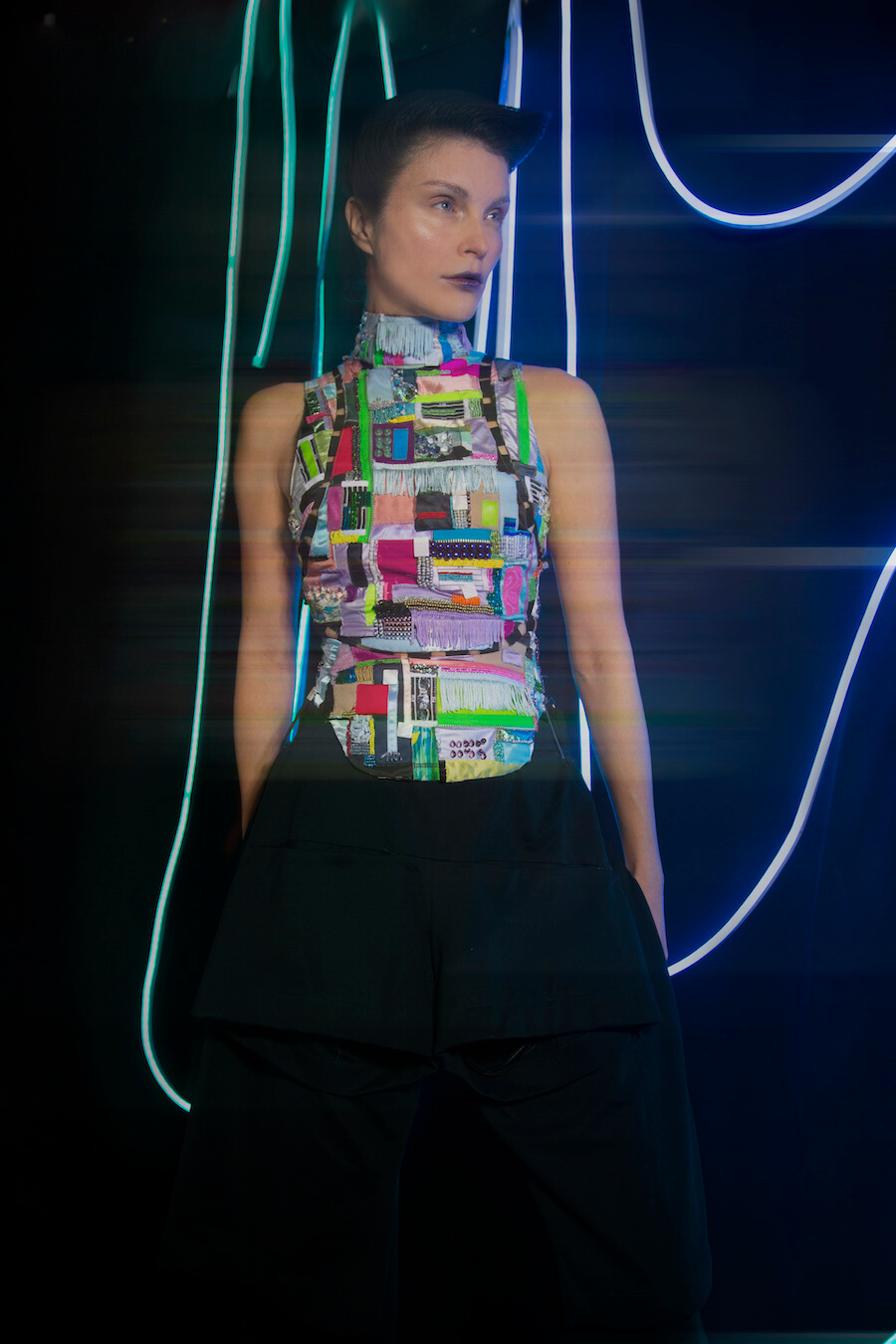