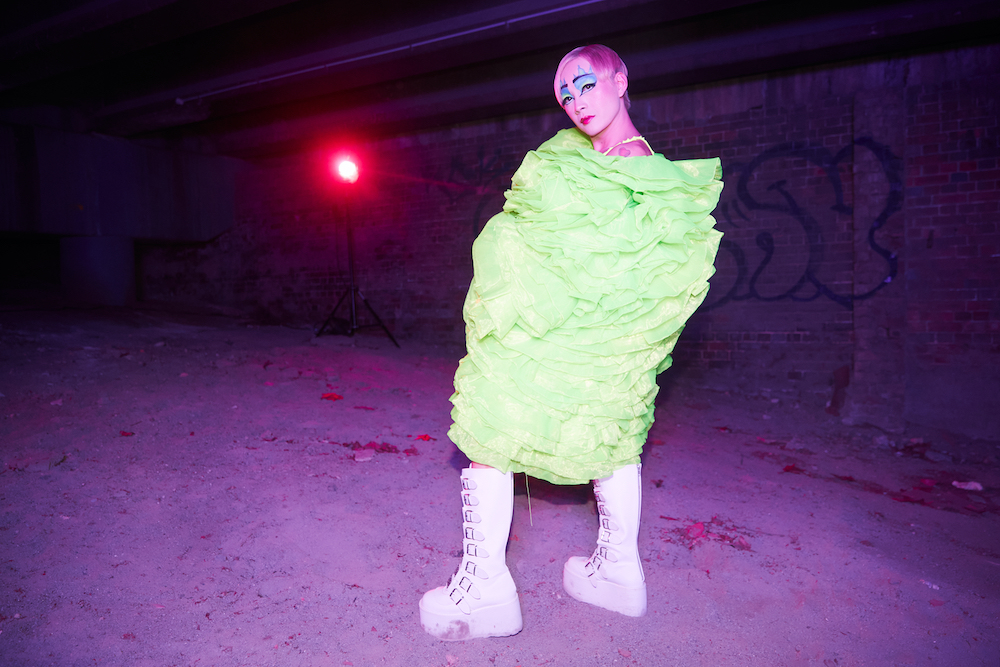 The music video for “We Can’t Forget” includes an inspiring cast of emerging QTPOC artists that Dyan helped foster as the founder of Worship Queer Collective, and was filmed at The Powerhouse Museum where Dyan is currently completing his residency as one of the Generations Music Fellows mentored by Astral People.

‘We Can’t Forget’ is about rejection and heartbreak and how those feelings never truly leave. It is also about finding comfort in the community.

Musician, performance artist and DJ, Dyan Tai has emerged from the humble stages of the underground cabaret scene; and now evolved into an electronic artist and recognised as a QTPOC trailblazer in the LGBTQI+ community. His commitment to his music and community has seen him nominated for an ACON Honour Award in “Arts and Entertainment” and the 2022 Inner West Council Citizen of The Year Award where he received special recognition for his dedication to the QTPOC community.

Also featured in the “Chinese Australian” episode of the award-winning ABC show “You Can’t Ask That” (Season 6), his music and activism continue to centre around his upbringing in conservative Malaysia. His major strength has been his dedication to using his platform to raise visibility for the Queer Asian community as the founder of Worship Queer Collective; which has recently been selected to participate in the highly coveted official Sydney World Pride 2023 Program alongside a documentary in the making by award-winning Asian Australian director and filmmaker Pauline Chan.

Mindy Meng Wang is a versatile Chinese/Australian composer and world-leading contemporary Guzheng performing artist. She is a pioneer in bringing the Guzheng (ancient Chinese harp) into many Western genres such as experimental, jazz, electronic and pop. In the UK, she collaborated with high-profile artists like Gorillaz and has performed at venues like the O2 Arena and Barbican Centre in London.

Locally, Mindy performs regularly at festivals such as OzAsia, Mona Foma, Dark Mofo, TEDx Sydney, and AsiaTOPA. Her collaborators include Regurgitator, Tim Shiel, Paul Grabowsky and Deborah Cheetham, AAO, Orchestra Victoria, and MSO among others. Recently, she won “The Best Musician” of Music Victoria Awards and “the 40 Under 40: Most Influential Asian-Australian Awards”. Mindy is also the artist in residence at Melbourne Recital Centre this year as the first ever musician who plays a non-western instrument.

‘We Can’t Forget’ is now out on all streaming platforms; followed by an EP release entitled ‘Empress’ in Nov 2022 supported by CreateNSW