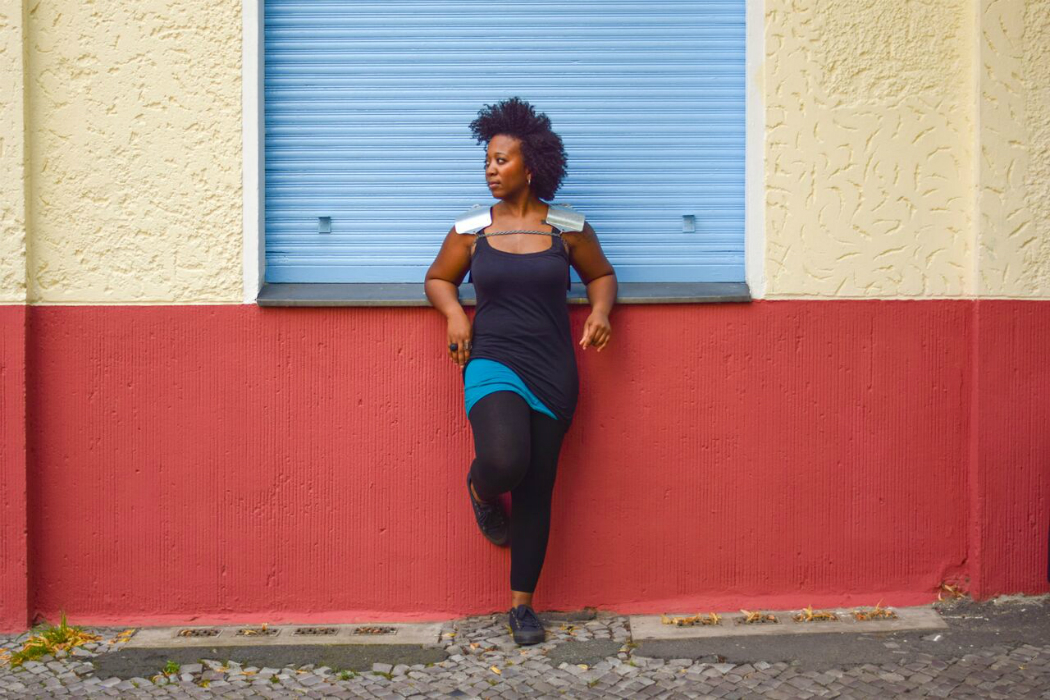 ‘Moves’ is taken from the stunning split LP ‘Time and Space’ by Berlin-based musician Sky Deep. A strong figure in the LGBT scene, curator of five day Berlin festival Reclaim The Beats Festival and member of Berlin collective female:pressure, the diversity of Sky Deep’s experience and skills can be heard now through her debut solo album. Split into two parts, ‘Time and Space’ encompasses all genres, styles, eras and life that have influenced Sky throughout her musical journey over the past 20 years. Although she’s mostly DJ’ing house music and techno, with breaks and sometimes bass, her sets are often infused with flavours of Funk, HipHop and Rock, all while exploring her black US heritage and philosophy on human existence through her own musical creations which are driven with her voice, guitar work and electronics. We had to hear more from Sky on what has driven her through two rather impressive decades. So hit play on ‘Moves’ and read on below.

KALTBLUT: Tell us about your time in female:pressure – What experiences you’ve had being there and who you’ve met along the way
Sky Deep: My time with female:pressure has been and continues to be magical. The membership is so supportive of each other and I am constantly inspired by the work that the different ladies are doing. It seems at almost every gig or music event, I am running into a few people from the network. I love that I get to meet new people so often. I have directly gotten opportunities or support via passionate members such as Bella Cuts, Kaltés Valeria from Signal Deluxe, the head of Coméme and Sandra Passaro. There are so many connections, it would feel unfair to try and name them all because I might accidentally miss someones name. Another fun collaboration on an EP project was with La Fraicheur. But I have met and collaborated with several with production tips, radio show, volunteering at f:p related events and social times.

KALTBLUT: What was it like curating Reclaim The Beats Festival? What does this event represent?
Sky Deep: Reclaim the Beats represents the foundations of most forms of popular music and is meant to remind people of the origins OR educate those that don’t know. I feel it is important to remind people of colour of their role as inventors in the music world so they can continue to feel free in creating ALL genres of music in an empowered way. In some cases, the way the music industry media presents genres like Electronics music or Rock would make it seem that people of colour had zero OR an extremely small role in this type of music. For many years the media has continued to honour the legends but somehow access and opportunities for continued generations have been limited OR pigeonholed into the “urban” categories. Most of the largest parties, festivals, label rosters and music charts are influenced by these societal structures that erase or silence relevant POC and Queer artists. Reclaim the Beats is important to give these marginalised artists “a seat at the table” and a chance for the rest of the world to learn about this point of view while experiencing music magic through 5 days of festival.

KALTBLUT: Any other current projects or mentions that we should know about
I am also teaching a master class as a studio session at Ableton Loop Summit Nov 5-6. During the summit on Nov 5 I will also join in a conversation with Perera Elsewhere on Berlin Community Radio.

‘Time and Space Pt.1′ is out November 10th on Reveller Records