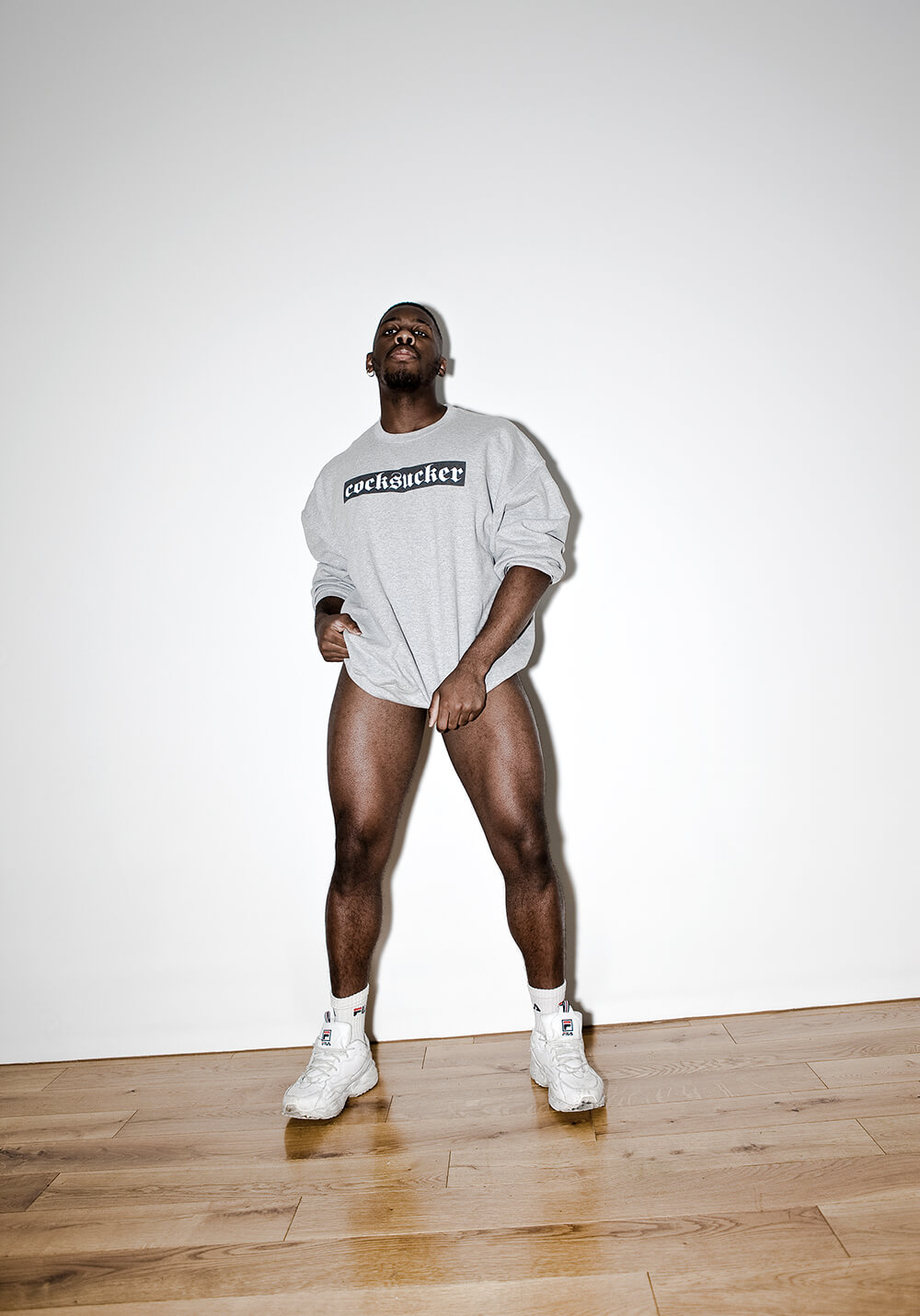 Studio P–P is a German / Swedish artist and real-life couple based in Berlin. They make work that examines ideas around queer identity, as well as body- and sex-positivity. @studiop_p 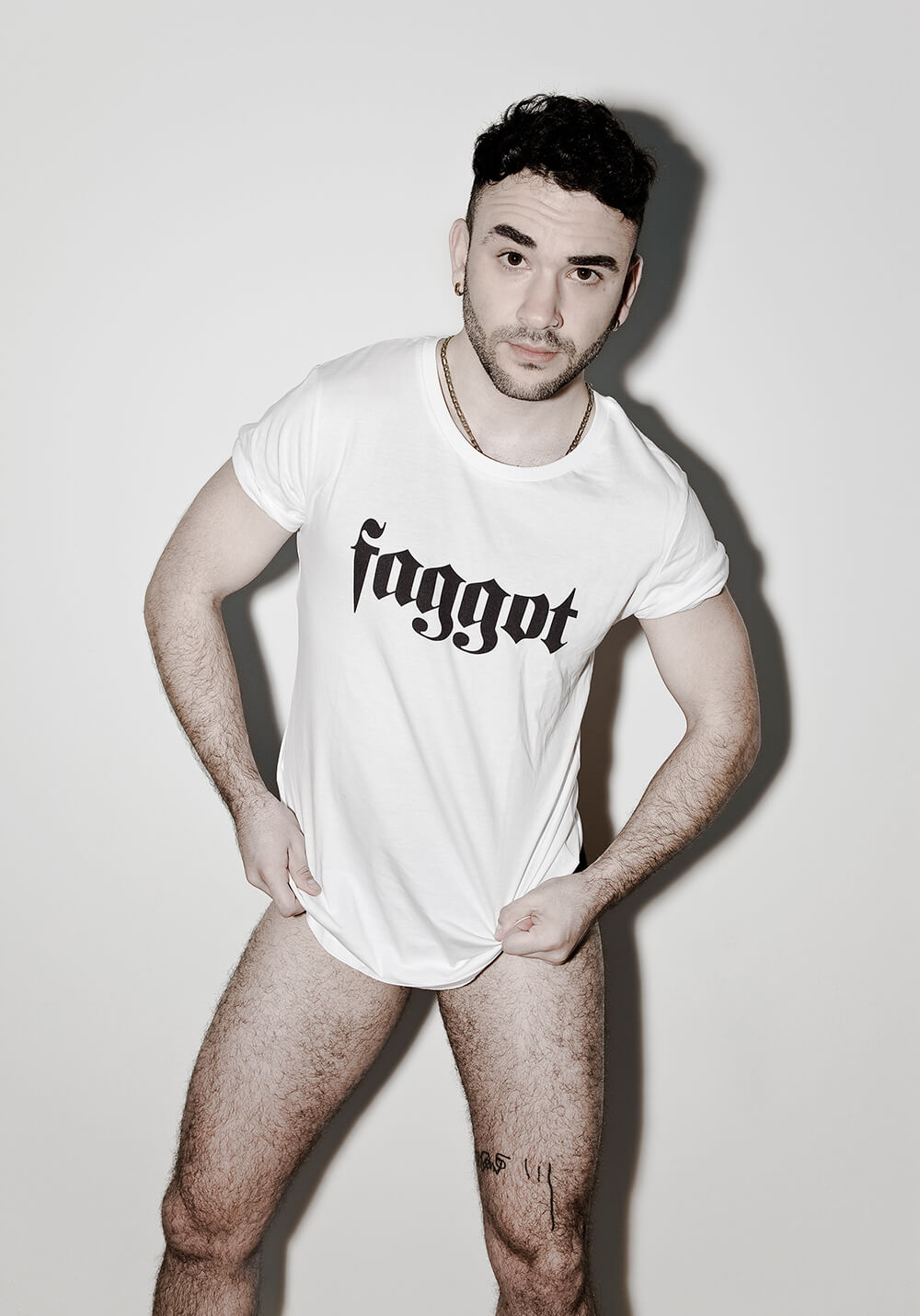 Their first garment collection ever for summer 2020 is named Grotesque. Comfy queer streetwear that celebrates the freaks, all the lovely misfits and non-normative princes, princesses and gender creative royalties within the LGBTQ+ community. 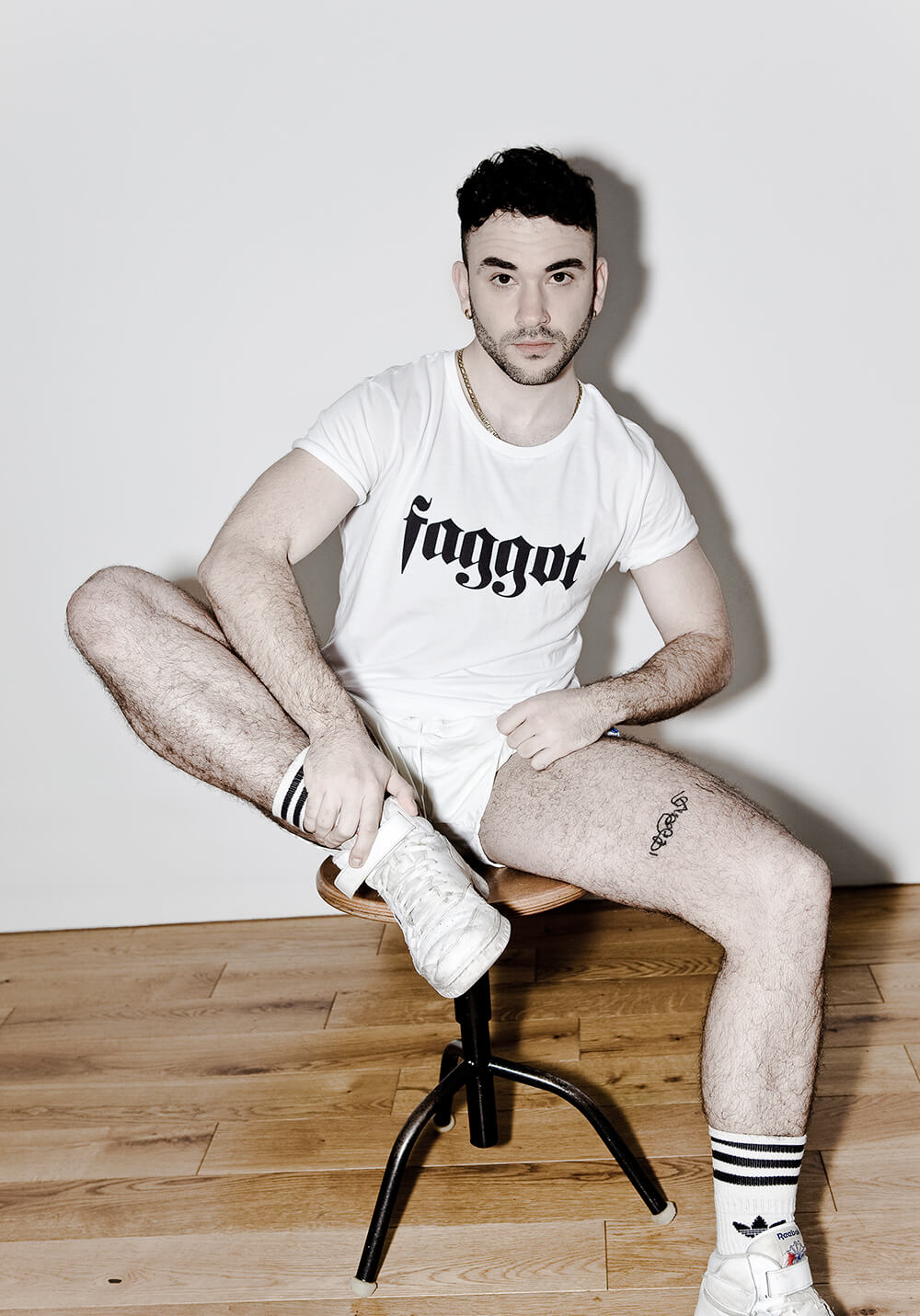 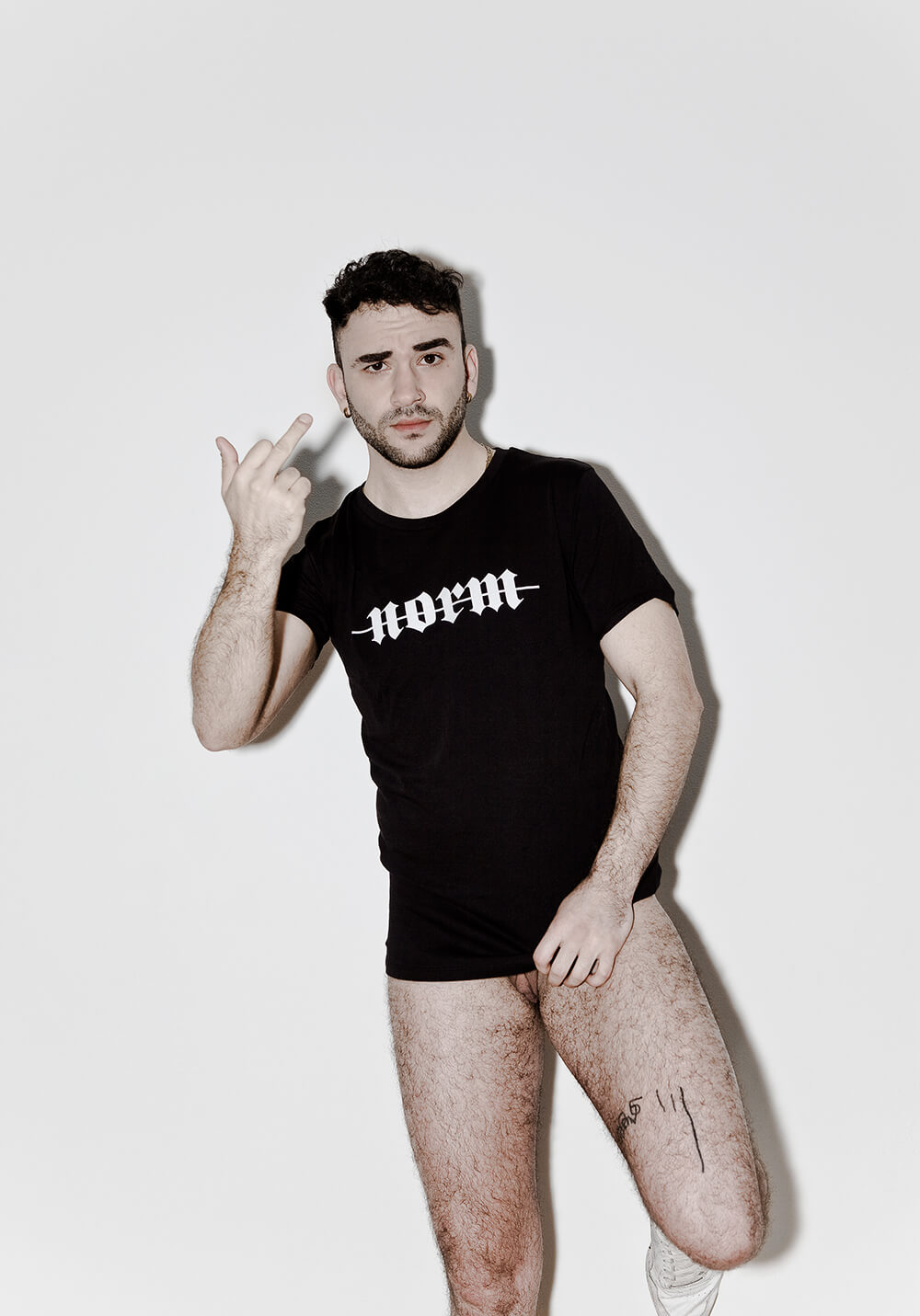 Be disruptive and unapologetically reclaim your rightful spot in the public space. But most importantly – be you.

Grotesque
/ɡrə(ʊ)ˈtɛsk/
1.) Visual Art Genre
Since at least the 18th century Italy grotesque has been used as a
general adjective for the strange, mysterious, magnificent, fantastic,
hideous, ugly, incongruous, unpleasant, or disgusting and has been
used to describe weird shapes and distorted forms.
2.) adjective
– comically or repulsively ugly or distorted.
3.) noun
– a very ugly or comically distorted figure or image.
– a family of 19th-century sans serif typefaces. 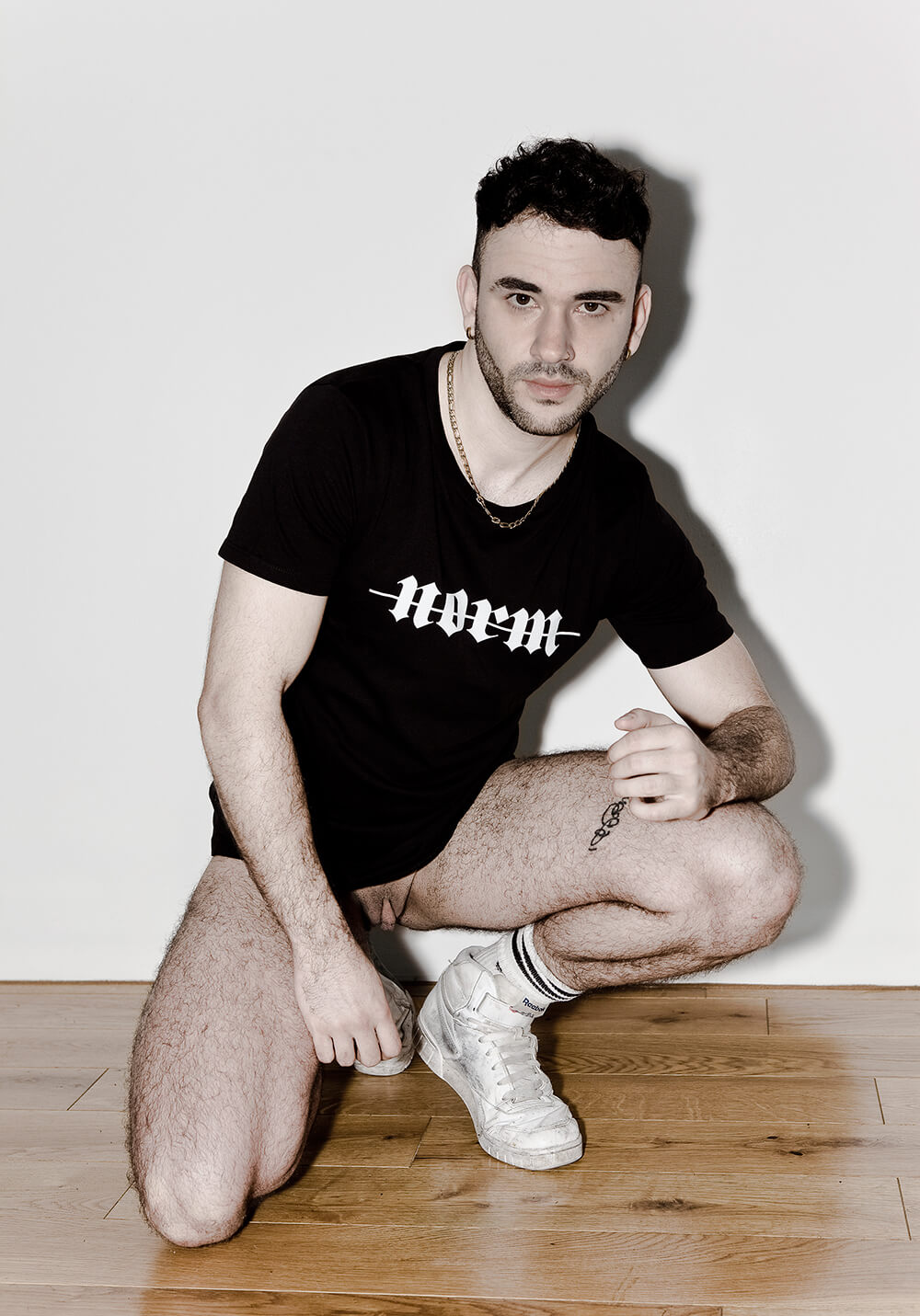 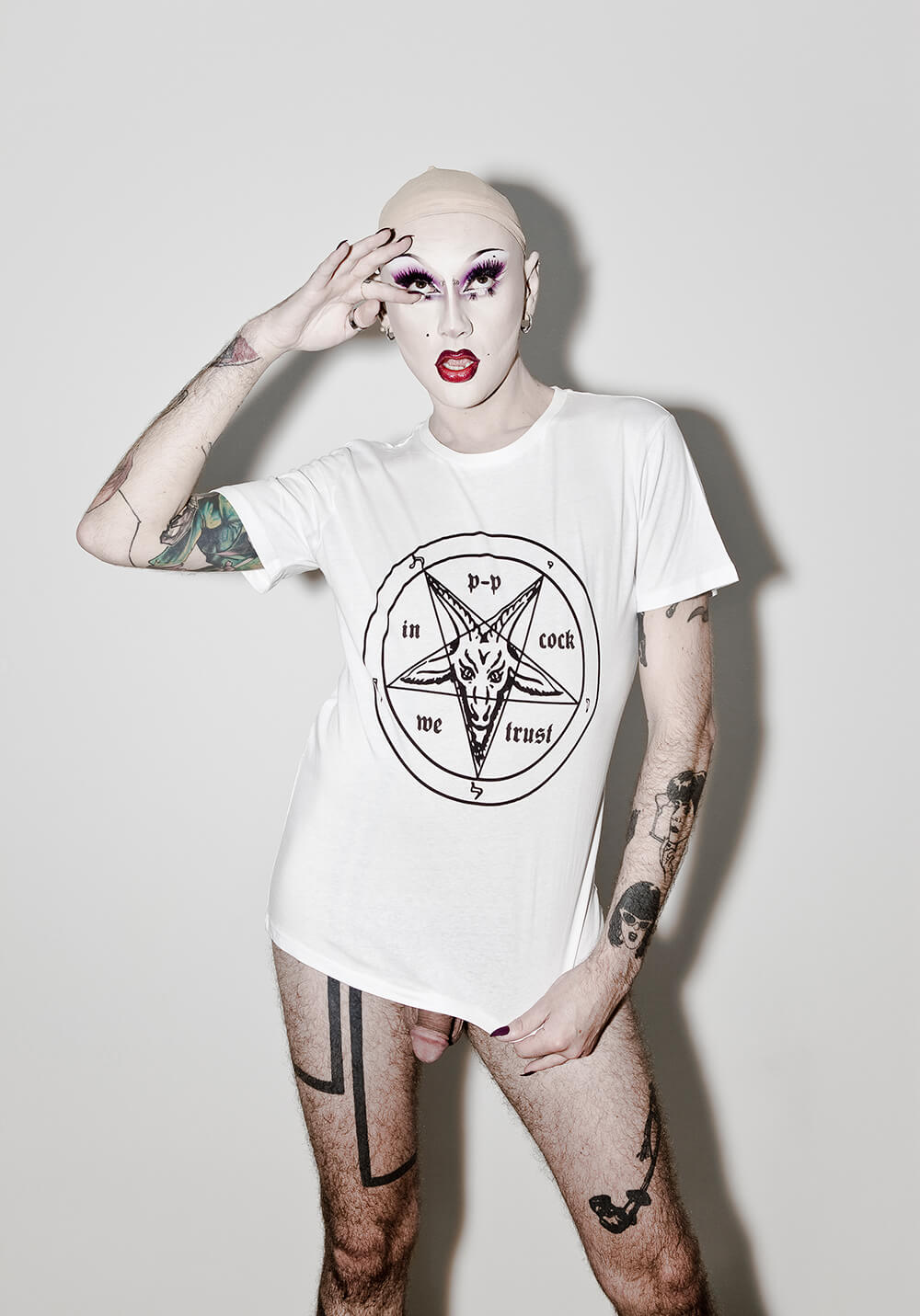 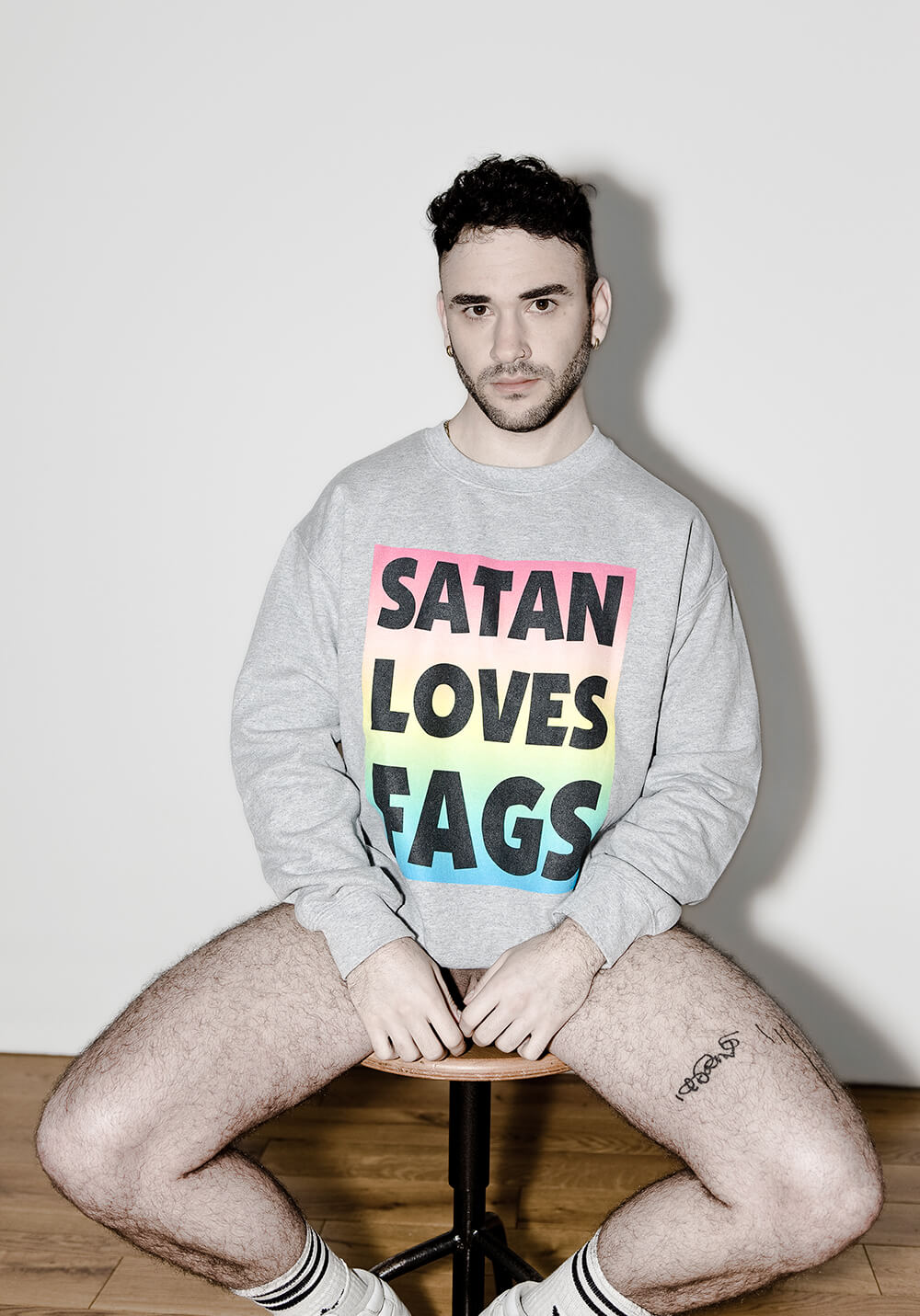 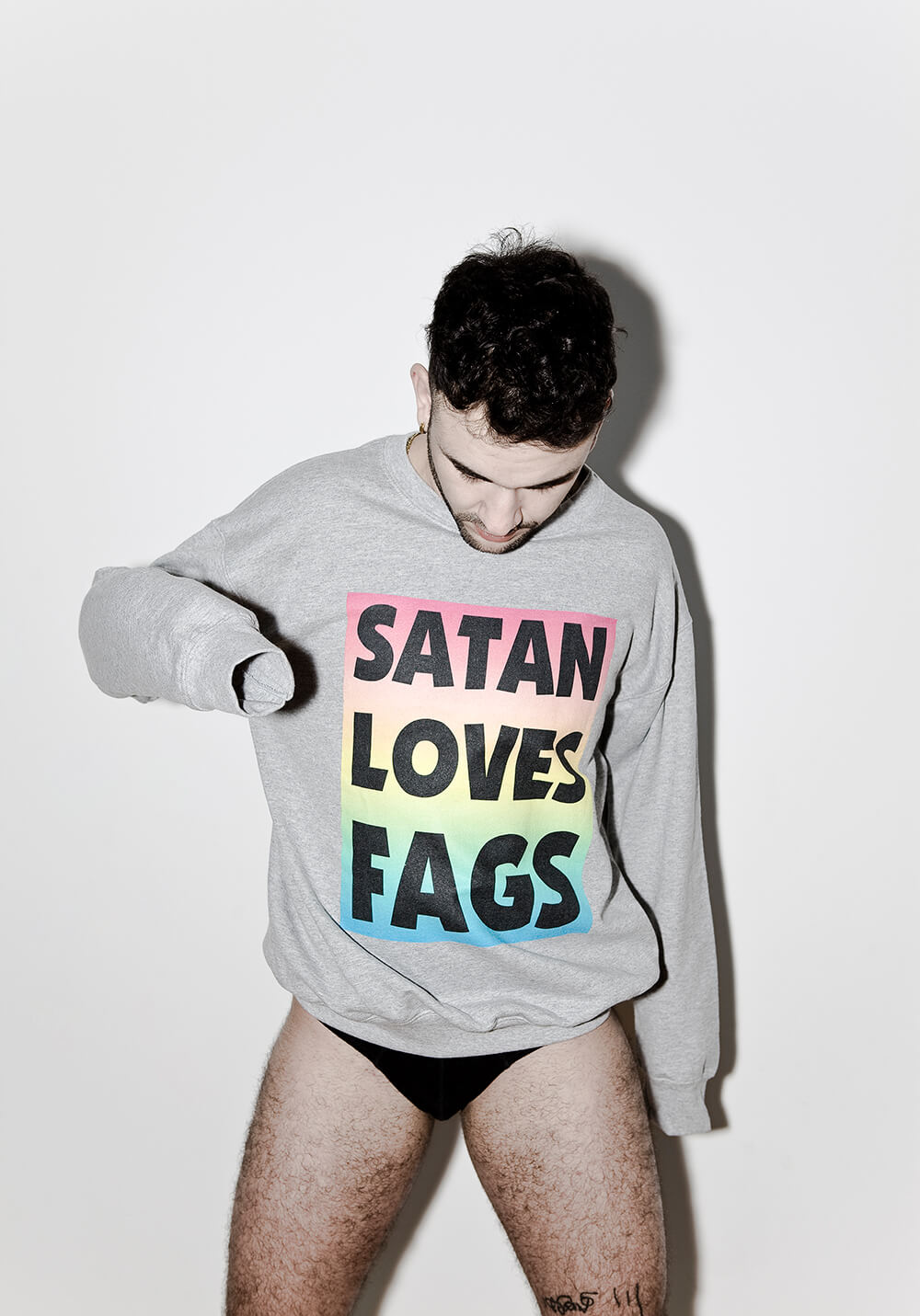 The main idea behind all our work is to try to mess with cis-heteronormativity. We live in challenging times, although things have gotten better for a lot of people from the LGBTQ+ -community we still have a long way to go when it comes to the rights of trans and gender non-conforming folks.
Since about a year back a lot of us are experiencing major censorship issues on Social Media. Instagram and Facebook actively try to shame us into invisibility and several of our friends have been erased on their channels, it’s really frustrating. During pride month every other company slaps a rainbow on their products, but let’s be honest companies don’t really give a shit about LGBTQ+ folks when at the same time queer voices and bodies are being censored, silenced and shamed on their platforms.
This situation highlights the need for our work to continue to be seen uncensored. We intend to be part of a larger community and support each other in the fight against censorship and erasure and celebrate each other and hold those accountable who appropriate our spaces without doing anything for us. 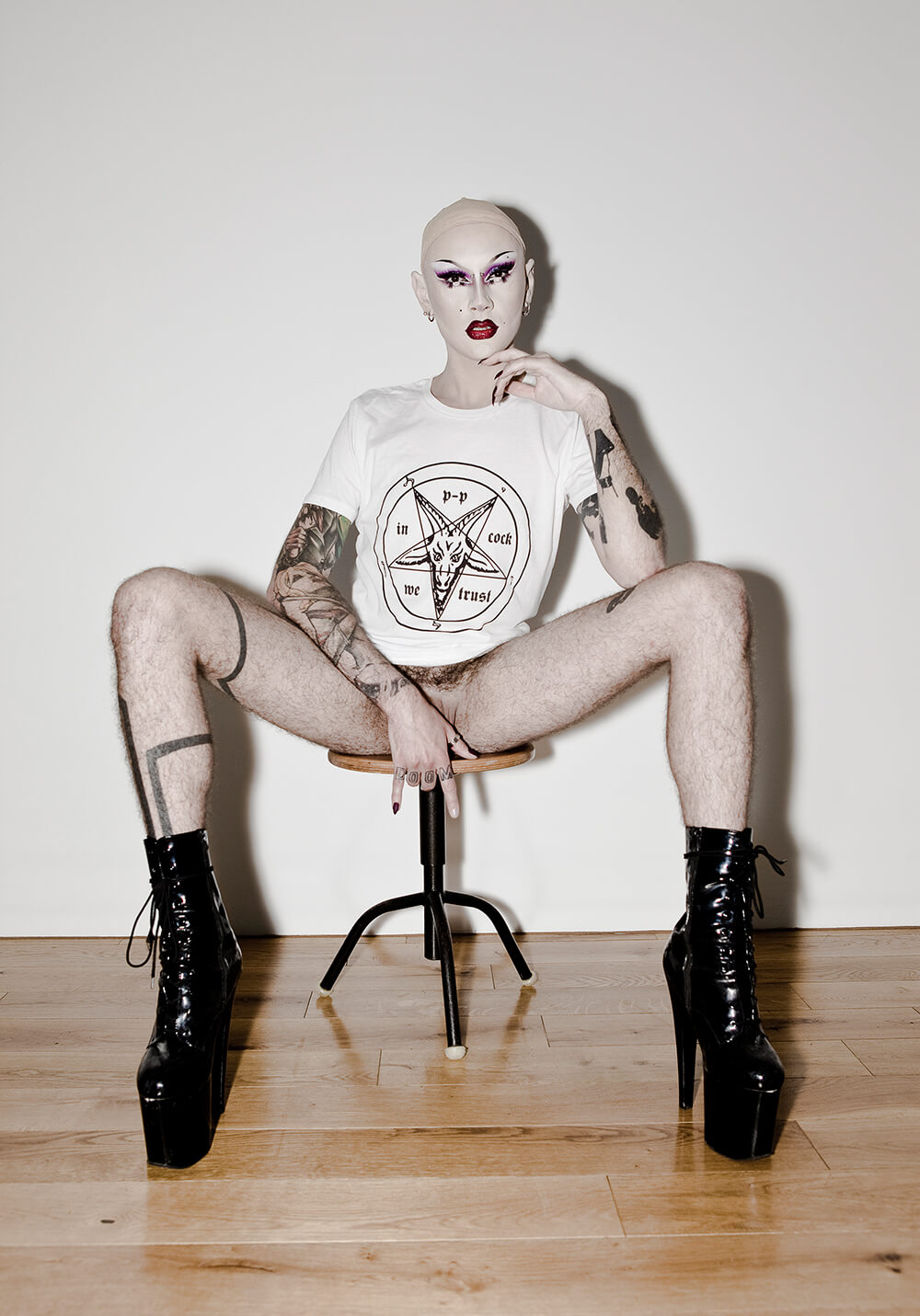 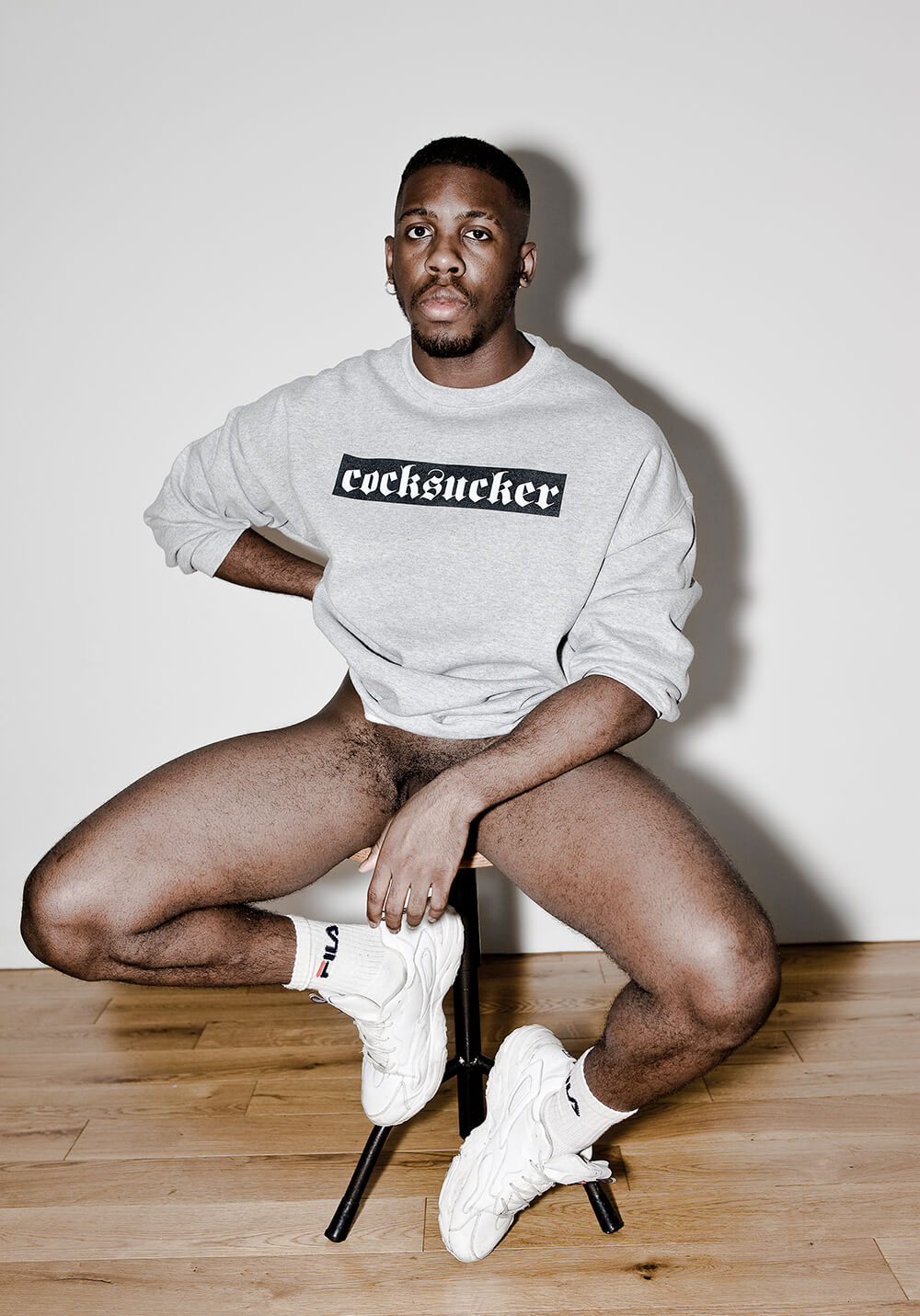 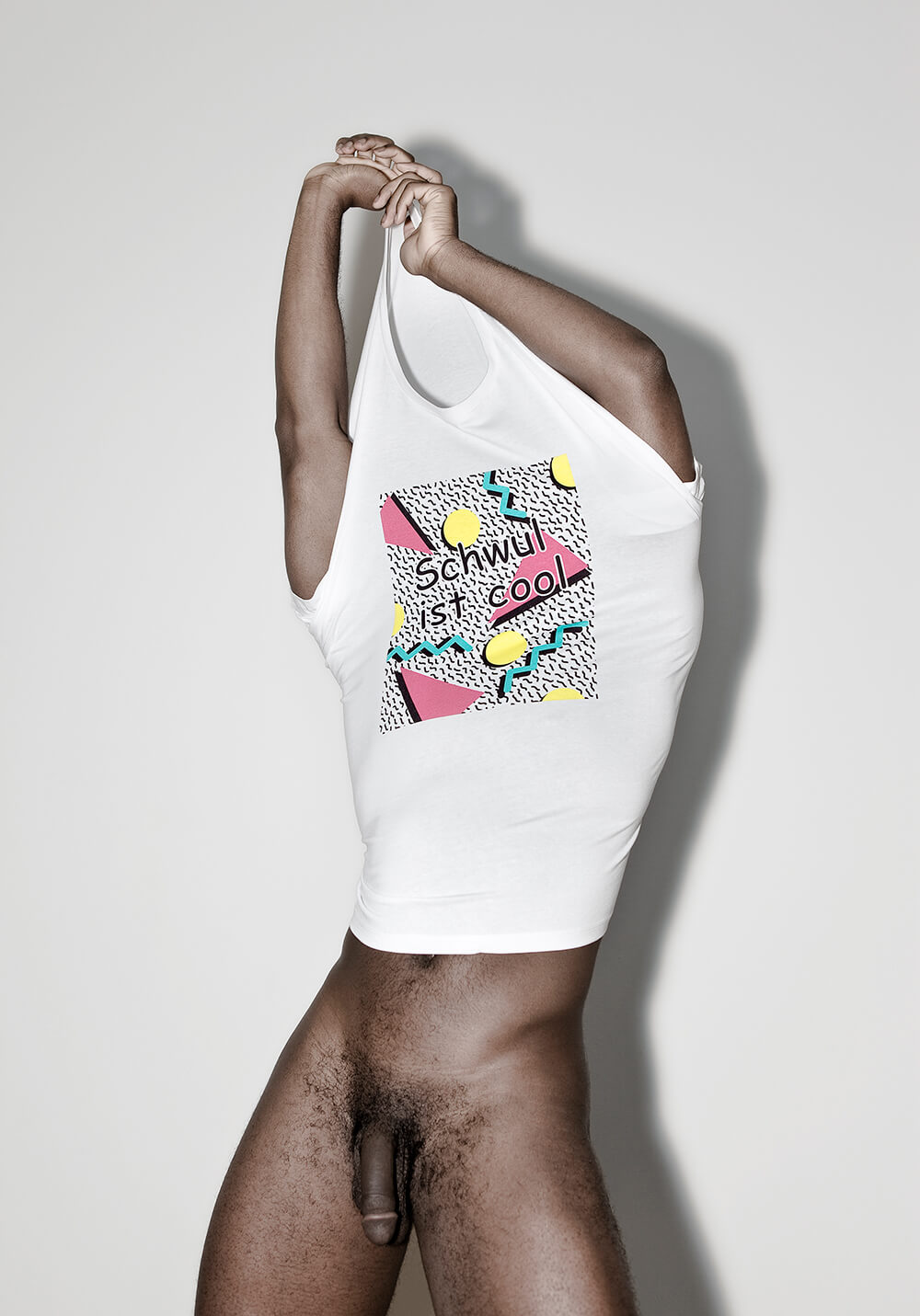 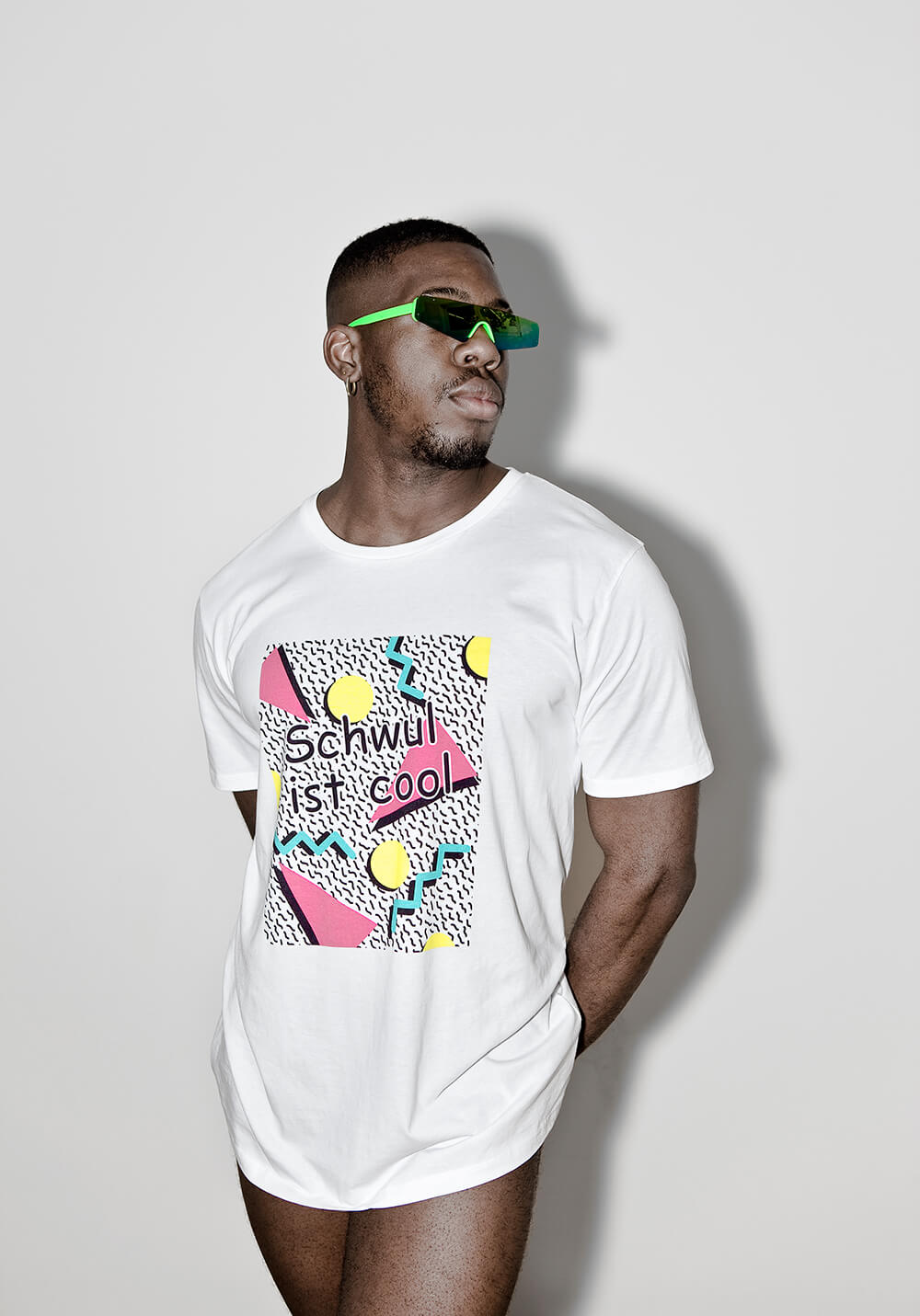 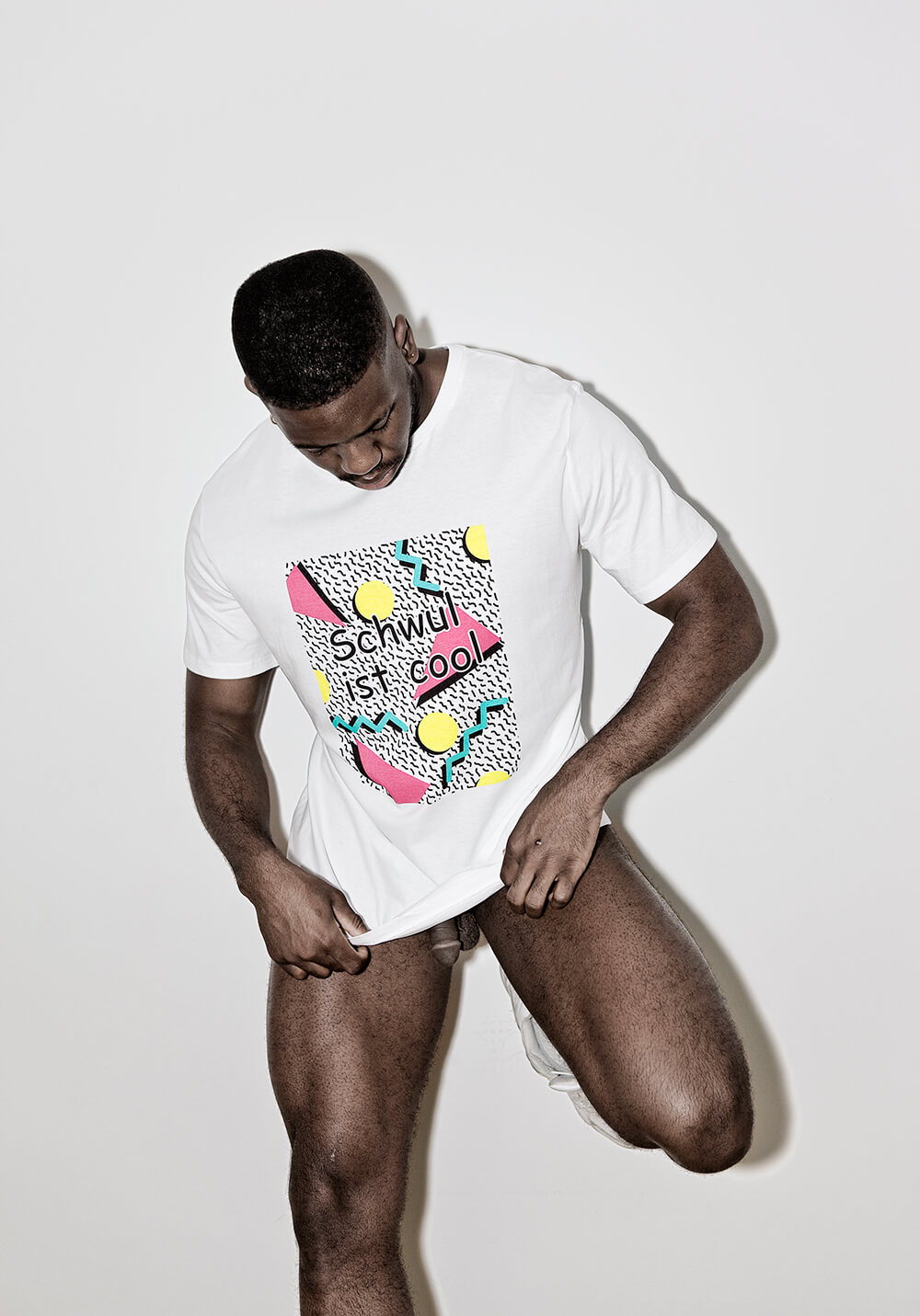 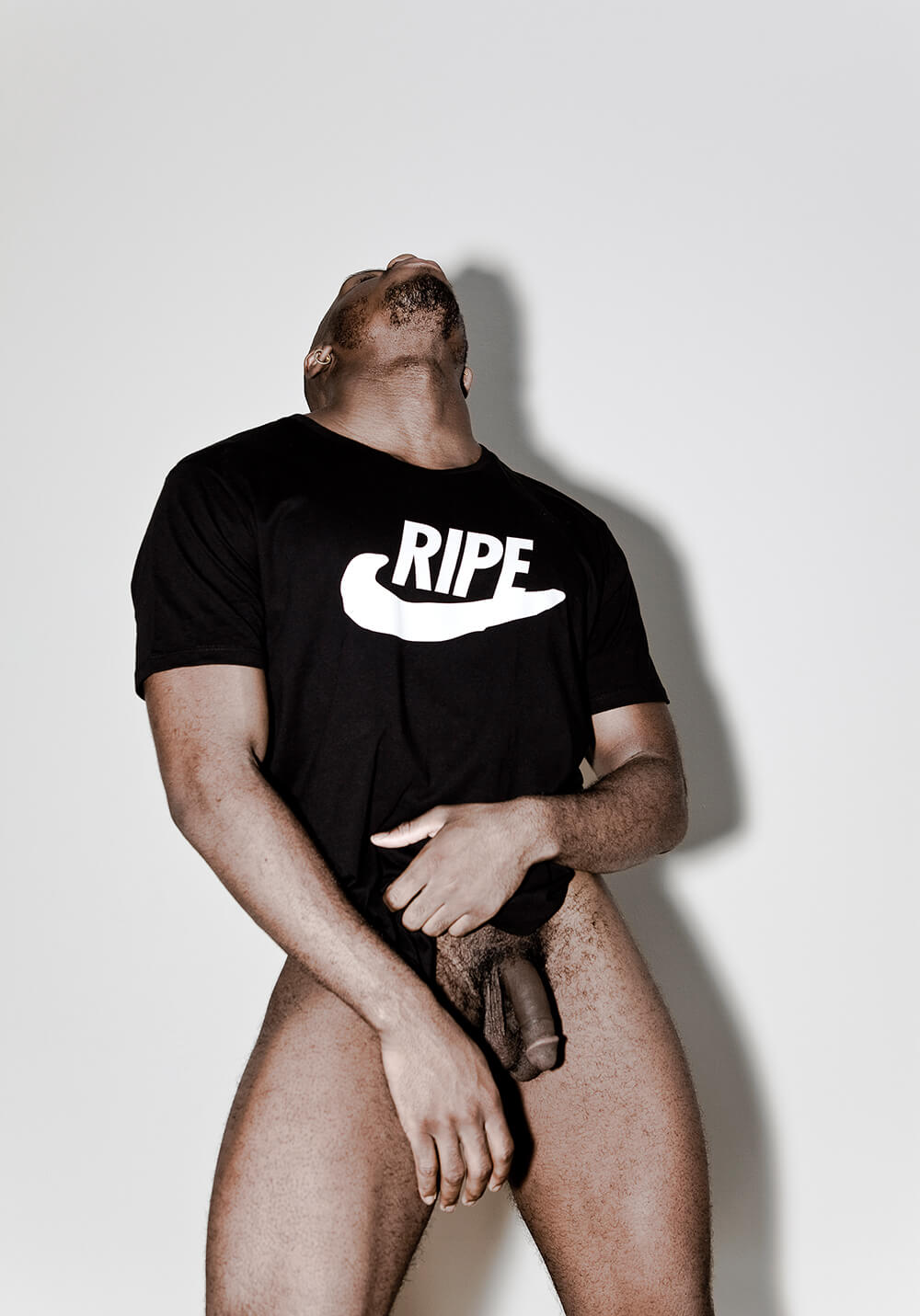 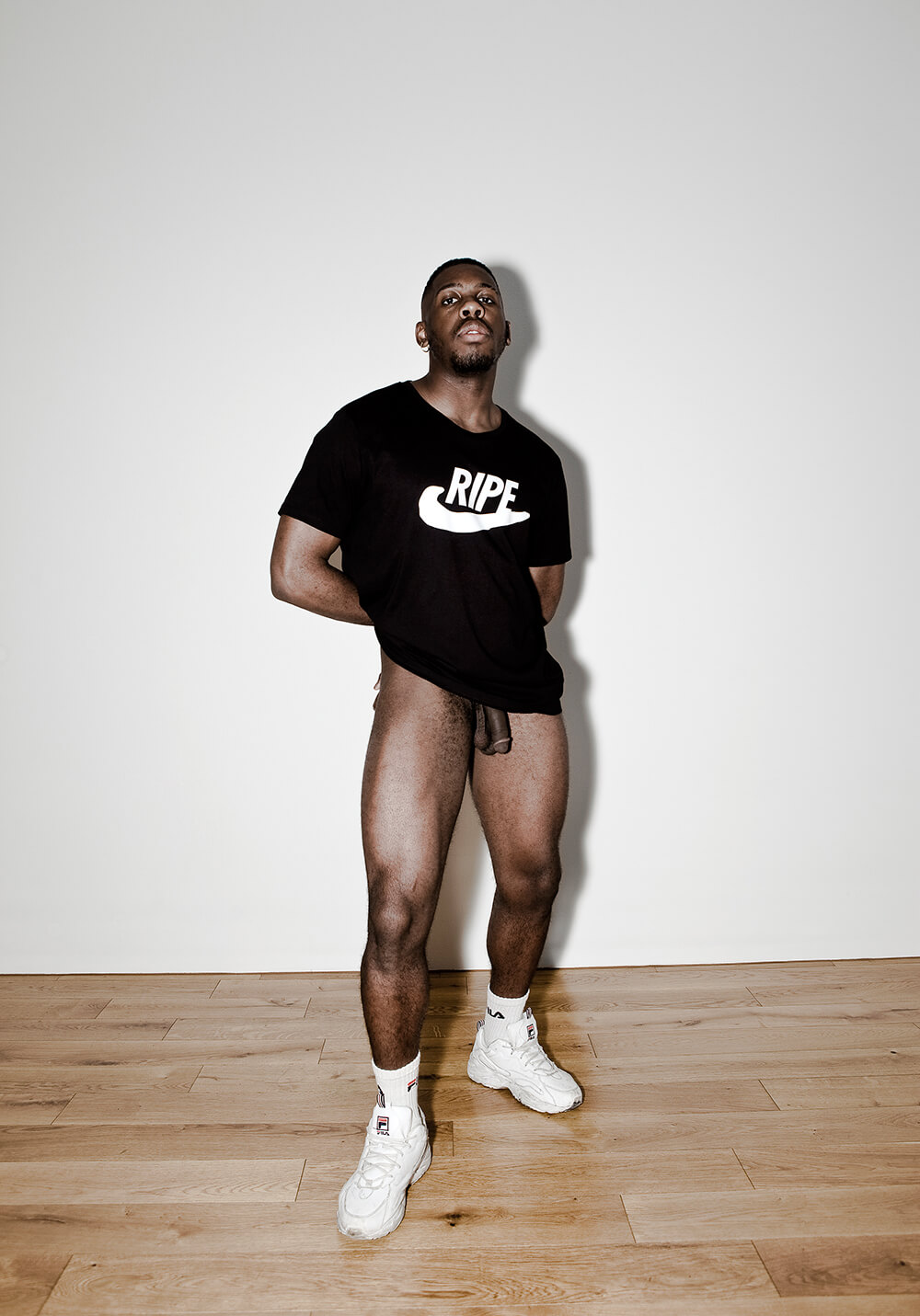 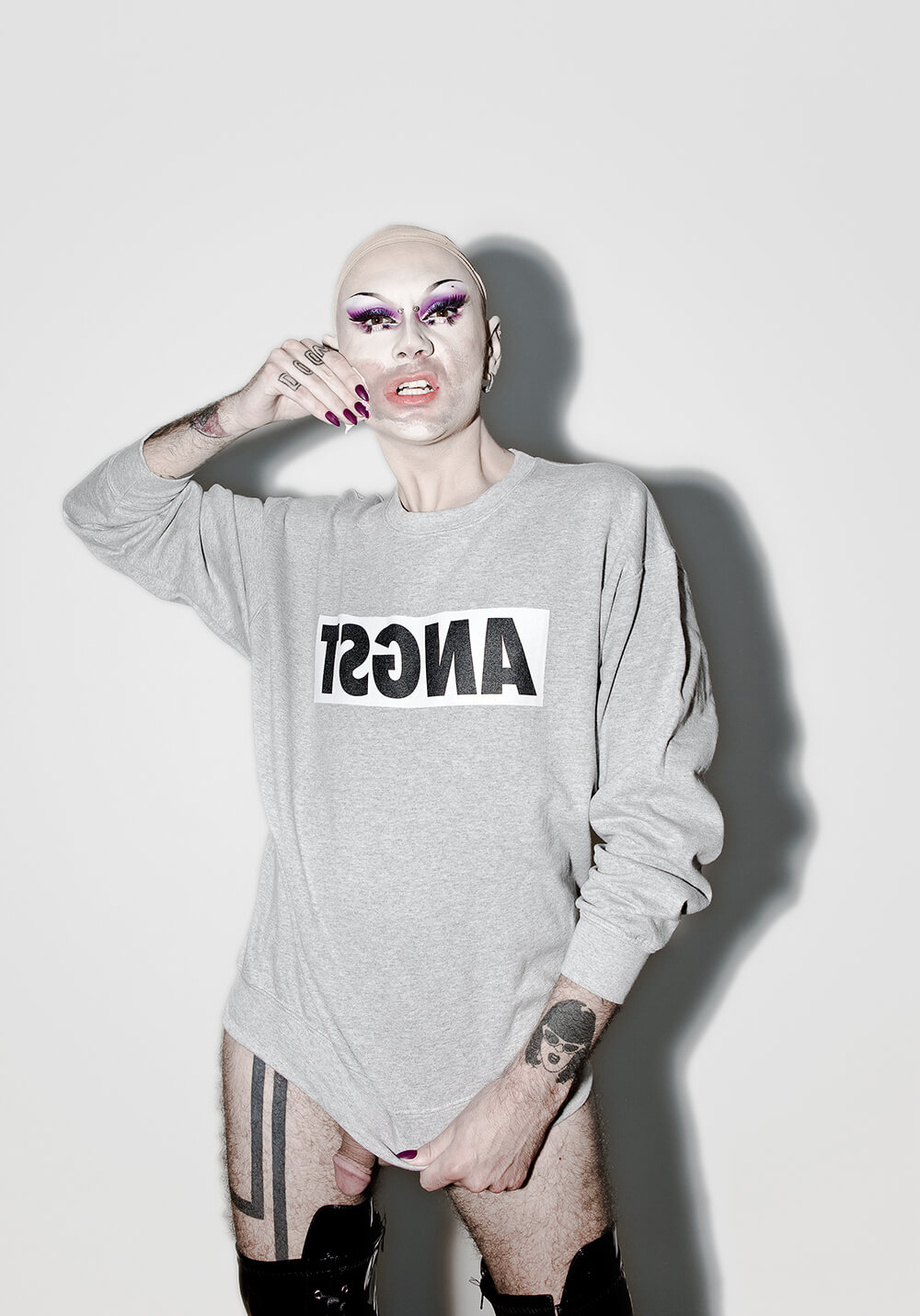 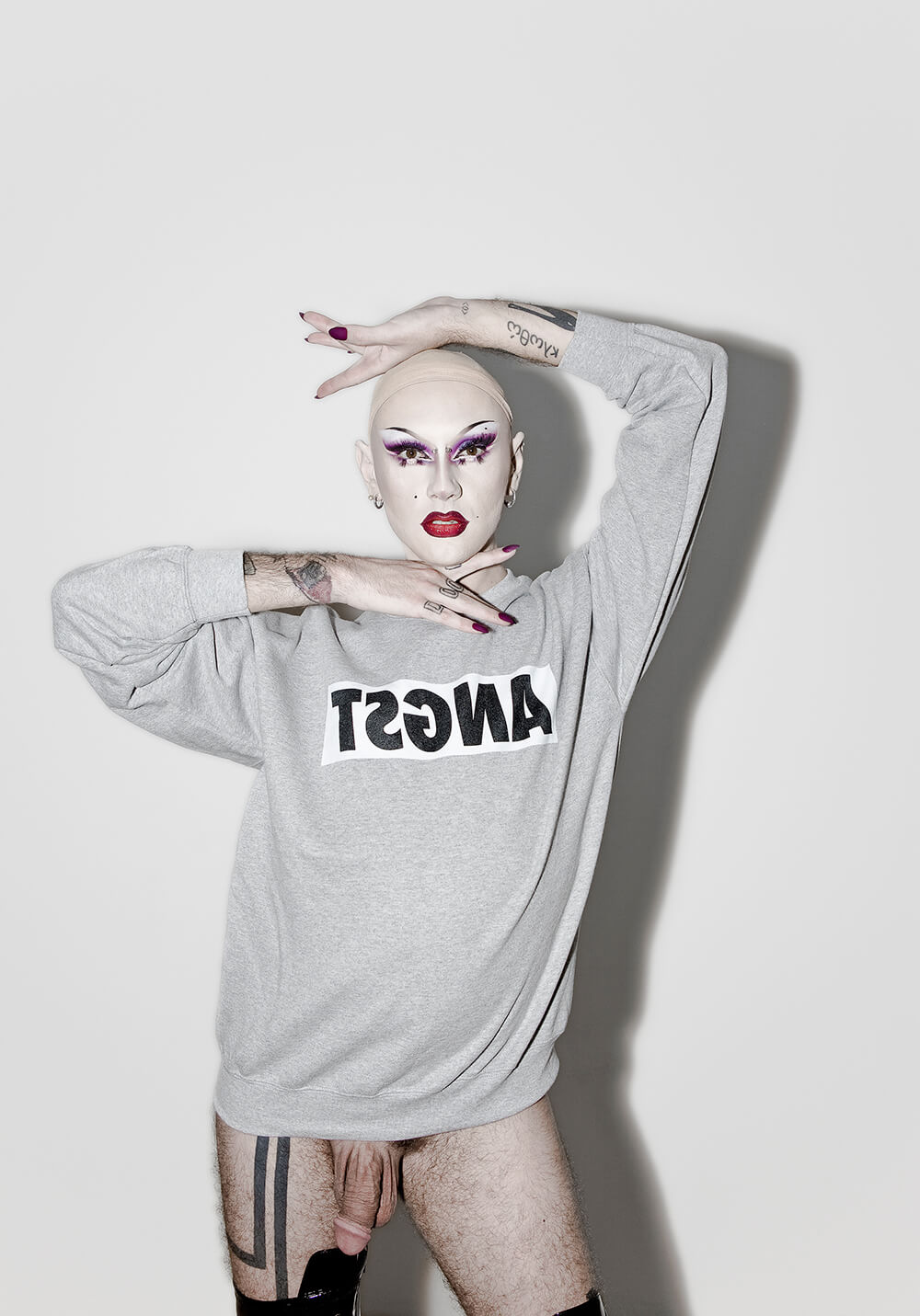 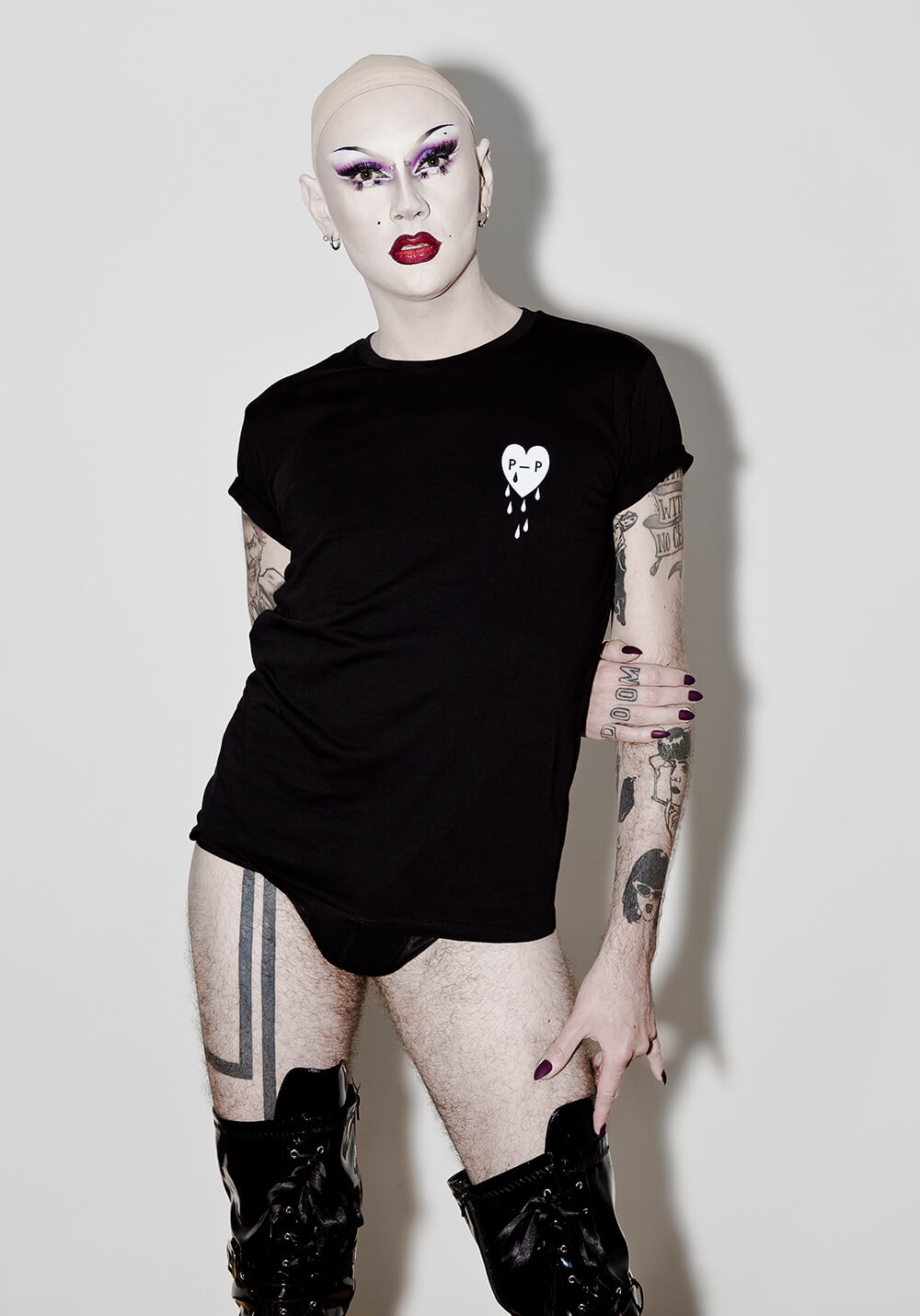 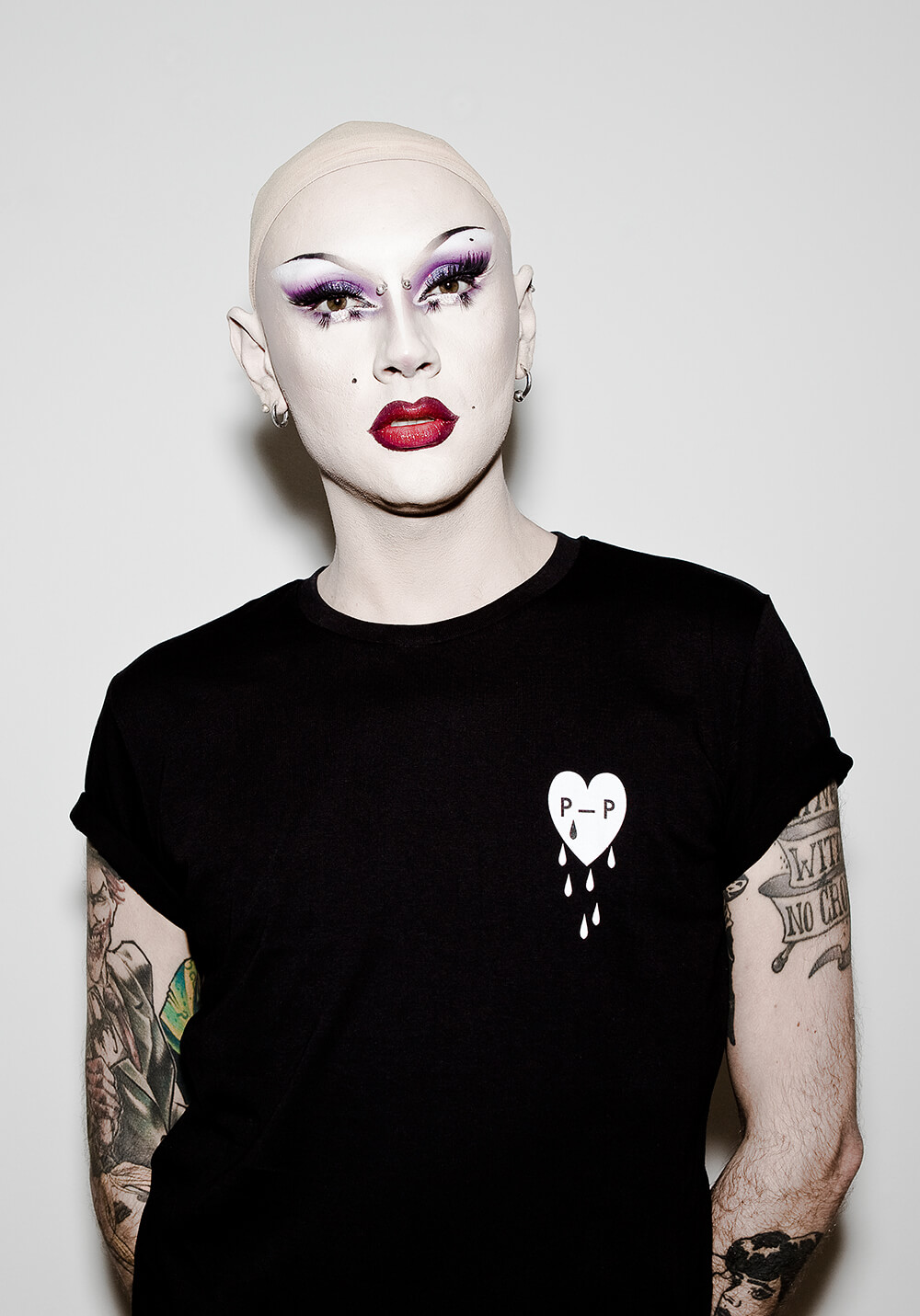 Working on your New Year’s Resolutions? Sign up for The Inner Circle!