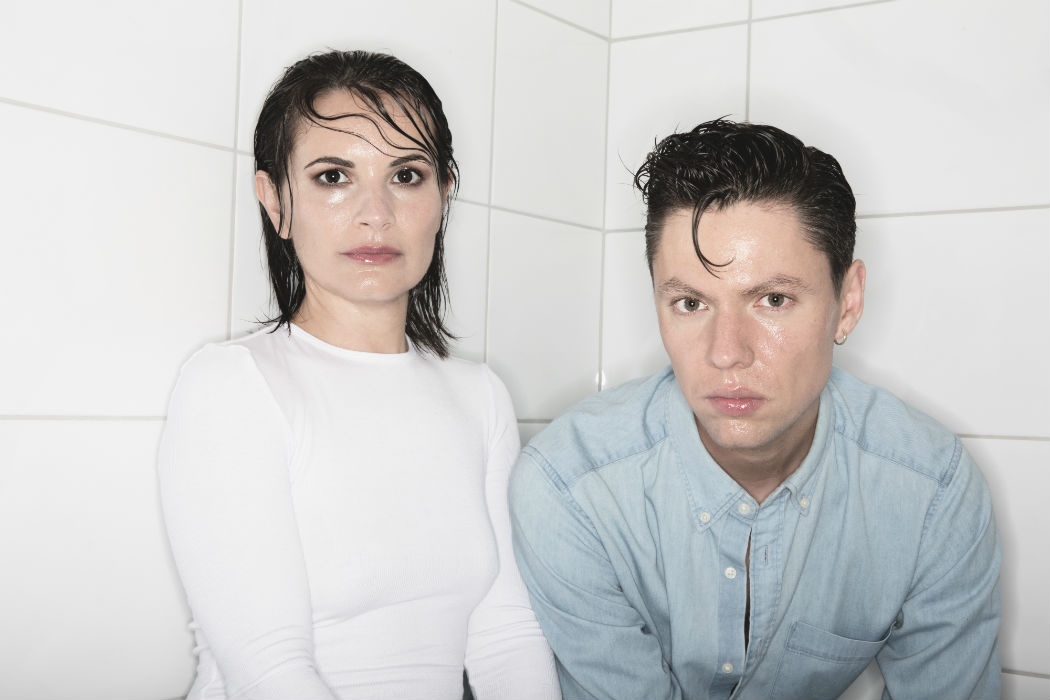 After releasing a string of singles that ricocheted through the blogosphere, caught a series of rewinds on the likes of BBC 1 Radio, and spread virally across the most sought after playlists on Spotify, TRUE are finally ready to release their debut LP. The opus is aptly entitled ‘Wrapped in Air’ and the group is finally bearing it all; musically stripped down to its bare, beautiful idiosyncrasies. The record is a work of meticulous subtlety, one that goes down lightly on the first listen, but unravels its hidden meanings and secret musical passages over time. We caught up with Dani and Rico to chat about their upcoming release and get their top 5 most influential tracks.

KALTBLUT: How would you describe the process of writing this record?
Dani: It went from really easy and just fun to quite stressful, because we had a deadline for the album and in the end it got a little bit tight. We started with just some crappy iPhone sketches by either me or Rico sometimes, or we were jamming in our studio. You know, the fun part.
Rico: It was a great journey. For me it was special because I’ve spent 6 months in New York and worked on the material there. I also recorded bass and horns with great musicians in Brooklyn. When I got back we didn’t have too much time left to record the vocals and finish everything. It was intense but great!

KALTBLUT: Looking back on it / listening back to the record how does it feel, what do you hear?
Dani: It’s like giving birth to a child. Once you hold it in your hands you forget how hard the process was and you’re just happy and in love with it.
Rico: Because we finished it really last minute, now that it’s out it’s still fresh to us and I’m still happy with it.

KALTBLUT: What would you want people to walk away with after listening to this record?
Rico: With the record, on CD and vinyl, haha.
Dani: Yes, they should get the feeling, “Oh my god I want to listen to it again and again.”
Rico: I would like them to be touched, surprised and excited.

Rico: She’s one of the most inspiring artists for me. How can you not be inspired by her?! She creates this feeling of floating, these bent and curved beats, the use of space in her music, it’s incredible. On this song I noticed the placing of the bassdrum, which creates this special feeling. Normally you’d play it on the downbeat but here it often comes a sixteenth or eighth note before or after. We did a similar thing on our song ‘For Myself“.
Dani: Her voice is so fragile and airy on top of these hard beats, but still so confident. That was definitely something I was going for on the record.

Rico: The horns on this one! So great! When I was working on the horn arrangement for ‘The Difference’ with trumpet player Sean Smith he said he could imagine some MJ “Jam“ horns. Really short, staccato horns, that aren’t loud and sound almost like synth horns.
Dani: Also his incredible groove in everything he does, every word, every breathing noise, the phrasing…

Dani: I just love RnB vocals and these sugary vocal harmonies and choirs! After I heard NAO I knew I wanted to bring this back to our songs again, even if the 90s are over, I don’t care if anybody thinks it’s too sweet.
Rico: Yeah and Dani is really great with harmonies! I love it too.

Rico: When I was in New York, one day I had this song in my head. I love this groove and the chorus is great too. I wanted to do something similar and that’s when I made the song ‘The Difference’. When I listen to it now it really is very different, but this was the inspiration. The song was even called Mos Def before it had a title.
Dani: I didn’t even know that. Now I actually see some similarity in the beat.

Rico: Also a huge inspiration in general. This overcompressed sound is really something I haven’t heard before. In our first mixes we tried to go in this direction, but then it didn’t really work. ‘The Difference’ is probably most inspired by him, especially the bassline.
Dani: I love his cover of ‘Crush’ by Jennifer Paige. But to be honest, I don’t hate the original either….

‘Wrapped in Air’ will be released 23rd September via Mouthwatering Records, pre-order it here