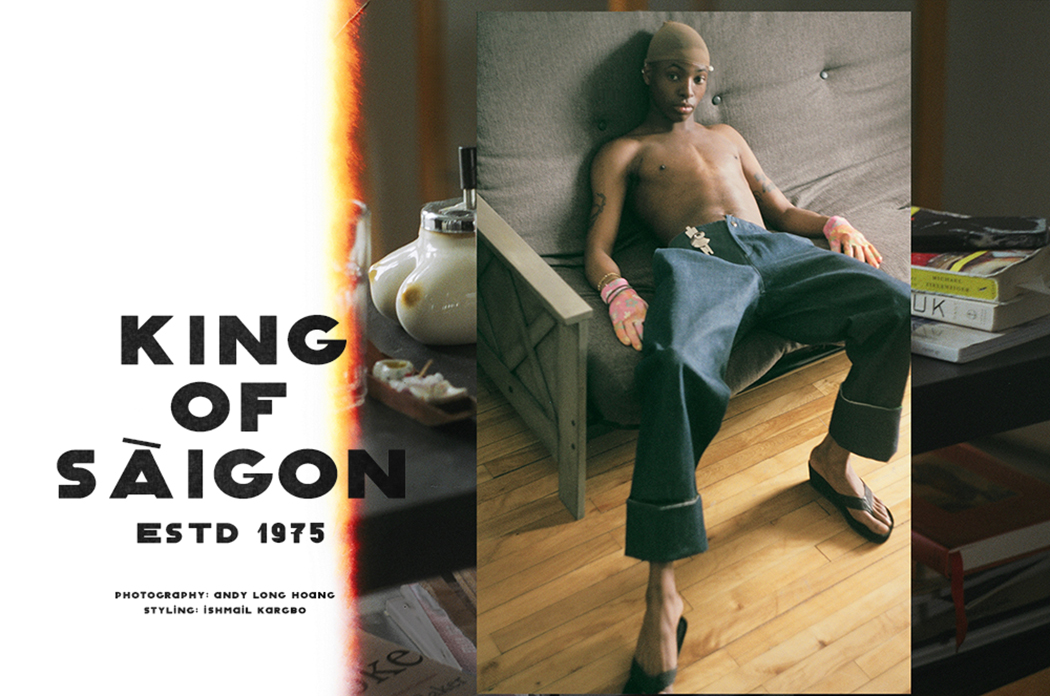 King Of Saigon by Andy Long

A KALTBLUT exclusive menswear editorial. Photography by Andy Long Hoang. Model is Dietrich Furst. Styled by Ishmail Kargb using WRKDEPT, GUCCI, COS, Maison Martin Margiela, All Saints, Lacoste amongst others. Andy Long Hoang is a Vietnamese photographer now live and work in Montreal. Andy is also the founder and creative director of unisex brand WRKDEPT. King of Saigon is a reminiscing of the images of a faded American golden age during the 60s, which was the last time that the city was called Saigon before the US pulled out of the Vietnam War and it was renamed Ho Chi Minh City. It’s also a glamorous reference because under the French occupation of colonial Vietnam, Saigon was once called “La Perle de l’Extrême-Orient”.