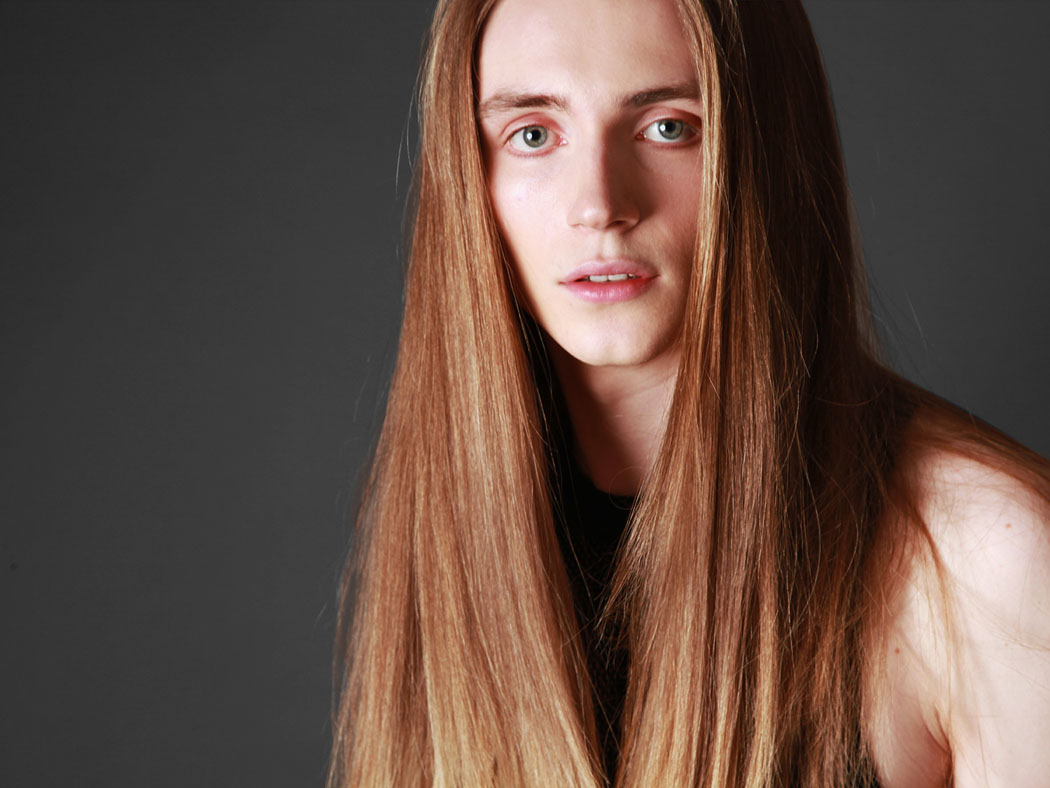 This Week we cant get enough of Conor Skilbeck, signed to D1 Models. Best known for his beautiful long hair and his relaxed 90’s persona. If you read fashion publications such as Dazed & Confused, Arena Homme and Wonderland you might of spotted Conor modelling in high fashion editorials. With this being said we think Conor has everything it takes to be a huge start of the future and thats why we made him this weeks Model of London.

How were you discovered: I was scouted when I was 14, just two doors up from my house in East London. It was a bit unexpected, I had my head phones in and just assumed someone wanted the time, it was a bit of a shock when they started talking about modelling.

What has been the high light to you career so far: I think probably the most fun I have had was doing a show for Puma at there head office in Germany.  It had a bit of everything, dancers, pro skateboarders, and a really impressive skipping group. All in all it was a fun couple of days. Also being scouted outside Topshop on Oxford street, which had been a personal ambition of mine since I started modelling.

Whats the funniest thing a clients asked you to: I have been to a few bizarre castings over the years. I have been asked to act like I’m swinging on a chandelier,  to do something surprising (which I was terrible at. In retrospect I should of walked out of the casting which I am sure would of been somewhat of a surprise, but unfortunately I only thought of that on my way back home), and probably funniest of all, to dance in just my boxers while being filmed. Safe to say its one of the more awkward things i have ever done and it wasn’t helped by the fact I had no idea I was going to have to do anything remotely like that prior to the casting.

Whats your dream booking: I would say a Calvin Klein underwear campaign. Who doesn’t want to plastered everywhere in just their boxers.

Who’s your favourite fashion icon: To be honest I don’t really follow fashion in that way. I couldn’t name an icon who I look to for fashion advice. I would just say that I spend an inappropriate amount of time asking my friends and girlfriend if I look good in something, what they think about the fit of my jeans and which coloured coat I should wear.

Whats the best piece of advice you were ever given: Don’t drink and drive, don’t smoke and fly. Two sage bits of advice from a loving cousin. Unfortunately i haven’t learn to drive of fly yet, so i haven’t been able to follow them.

What item of clothing could you not live without: Well all of its pretty important. If i was only allowed one, for dignities sake it would have to be underwear. But I imagine that not quiet the answer you were looking for. If hard pressed i would say my pair of black Nike Janoski’s, they go with anything, and in my opinion look pretty good.

How do you keep fit: I have been rock climbing since i was 11, and is probably the reason I’m not even weaker and un-athletic than i already am. I also play a lot of football, but I play in goal so i suppose that doesn’t really count.

Whats you favourite food: Its impossible to choose! If pushed i would say thai, but i cant be anymore specific than that, its all so good, especially the starters. Also waffles.

What was the last music track you listened too: I am big into disco, so the last song I listened to was the new CHIC track, i’ll be there. I was reasonably impressed. It wont make it into my list if favourite songs ever, but if it came on in a club i would throw some serious shapes.

What do you do to let your hair down: Several things, but probably most relaxing is dancing inappropriately in my kitchen, which includes spending ages trying to learn to moonwalk. Seeing as its pretty easy to see in, I’m sure my neighbours think i am pretty weird, and awful at dancing.

Whats the best thing about being you: I dont think there is anything especially special about me apart from my ability to make a damn fine christmas dinner, but I am privileged enough to live with some great people (and Eric) and have a lovely and beautiful girlfriend (I hope she sees this so i can get some browny points!).

If you were an animal what would you be: I have had this discussion with my housemates regularly, which often ends pretty heated. I always go house cat. Its the perfect life, you can sleep all you want, there is easy access to all the food you need, a warm house and all the attention you want.