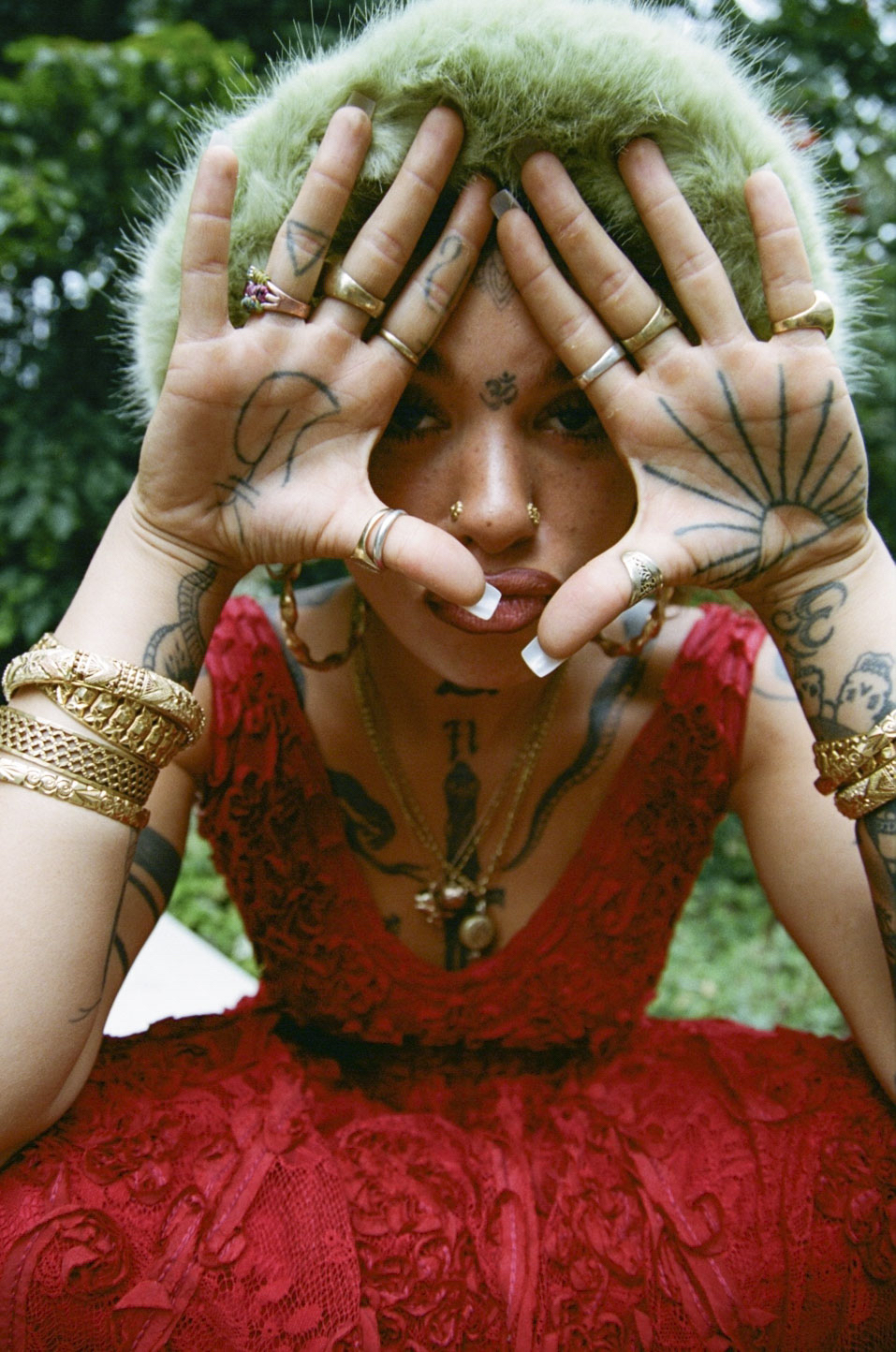 ‘Mr. Sun (miss da sun)’ continues to document Greentea Peng’s strong sense of spirituality, chronicling the bustle of inner city life and the centring influence of the songs title subject. Of the theme she puts it simply; “”I get used to the clouds in London Town but I always miss my man”. Old-soul vocals are met with a twinkling electronic production (courtesy of frequent collaborator Earbuds, who has also worked closely with slowthai) that incorporates jazzy sax lines and blissful moments of birdsong as Peng hypnotically chants and coaxes. The accompanying video, directed by rising talent Felix Brady, is a psych-tinged trip of colour bursts and urban landscapes juxtaposing the majesty of nature.

Greentea Peng’s cosmic, gauzy, low-lit R&B weaves elements of break beat, neo-soul and reggae, anchored by a languid voice which nods to the likes of Sade, Jill Scott and Erykah Badu, all filtered through a purple haze. The singer is dark and light, half soul-searcher and half wise-cracker. In a constant explorative state, she is honest and frank, her inner battles channelled through the rhythms and flows of her music. Her energy beams bright whether she’s touching on darker matters or happier moments. Visually, Peng is a living, breathing piece of art – effortlessly cutting the figure of a true British original. So much so, Vivienne Westwood street cast her for her recent ‘Youth Is Revolting’ cover of Dazed.

As a live performer Peng has supported the inimitable, kindred soul Neneh Cherry, played a mesmerising Boiler Room and recently shared a stage with the likes of Migos, Bad Bunny and Flohio at Smash x Stadion in Stockholm, alongside buzzed sets this summer at Big Dada in Belgium, Latitude and more. To celebrate the release of “RISING” she plays a headline show at Brixton’s intimate jazz club Hootananny in November and will be playing BBC Introducing’s Roundhouse Rising and Boiler Room Festival next month.