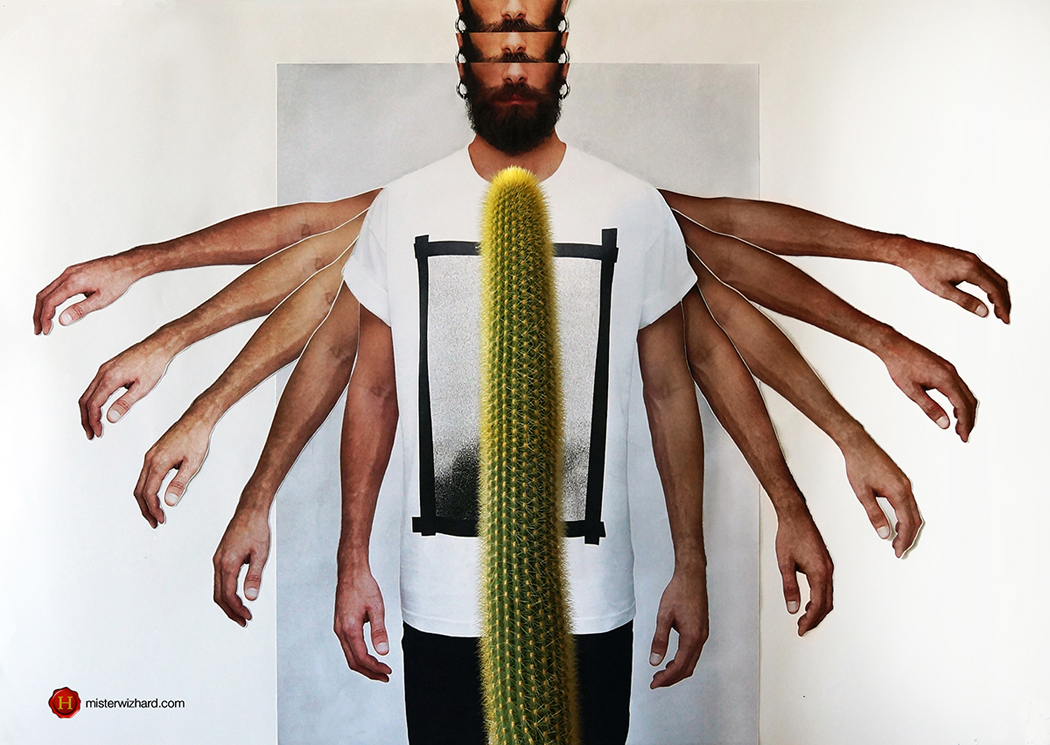 Mr. WizHard: a project about beauty, pornography and social acceptance by Davide Bazzerla. A designer and visual researcher, with a wide background into fashion. Mr. Wizhard is a project born out from the web’s iconic realm and it brings back onto the t-shirt (the public garment par excellence) the most individually intimate and socially censurable visions. 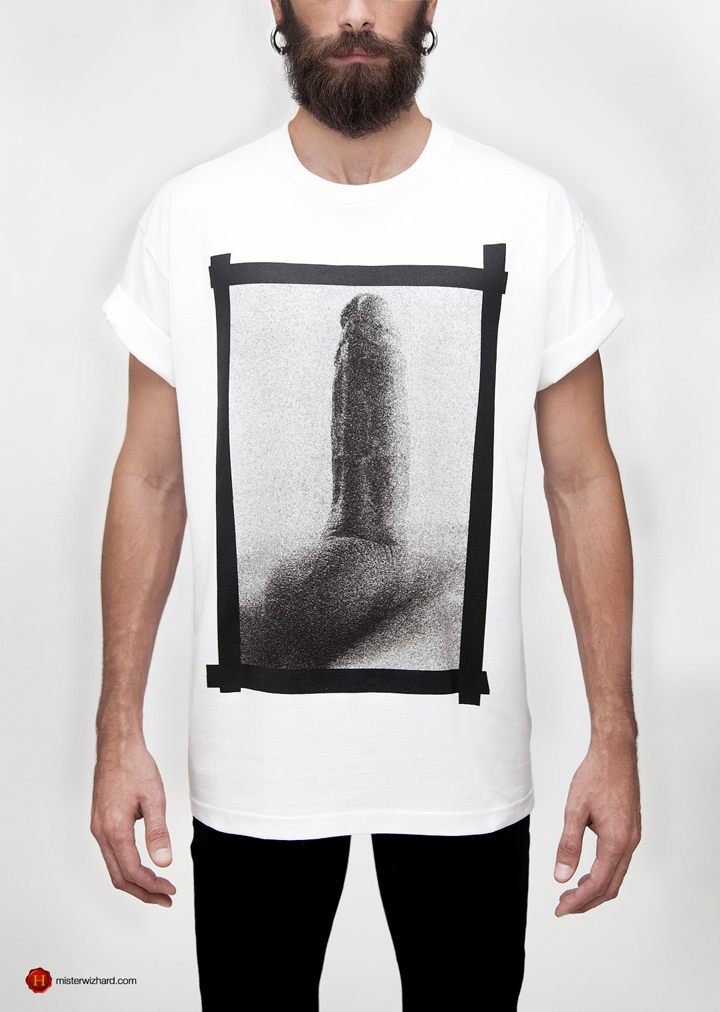 Although the social order is built on sexual repression, the penis’ size ancestrally recalls a time when it was seen as symbol of good wish and fortune – thus it was worth attraction and attention. The matter of the size affects not only those who don’t feel comfortable with their own but the society as a whole, as the penis’ size puts under discussion the social order based on the power of totally dressed individuals. 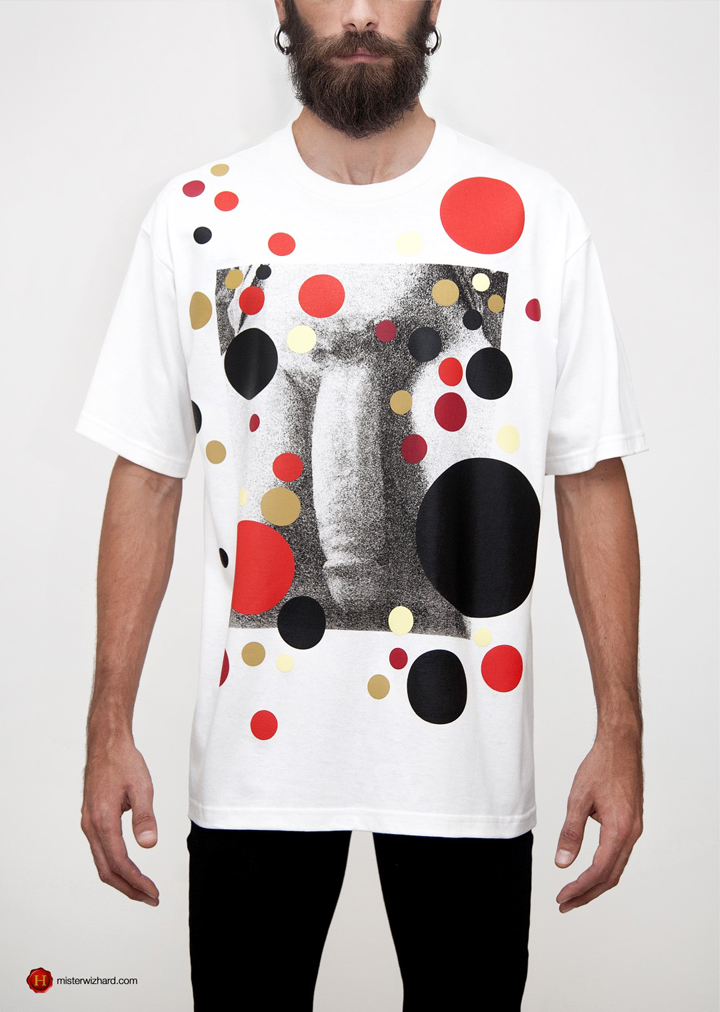 This project is also about pornography, censorship and beauty. 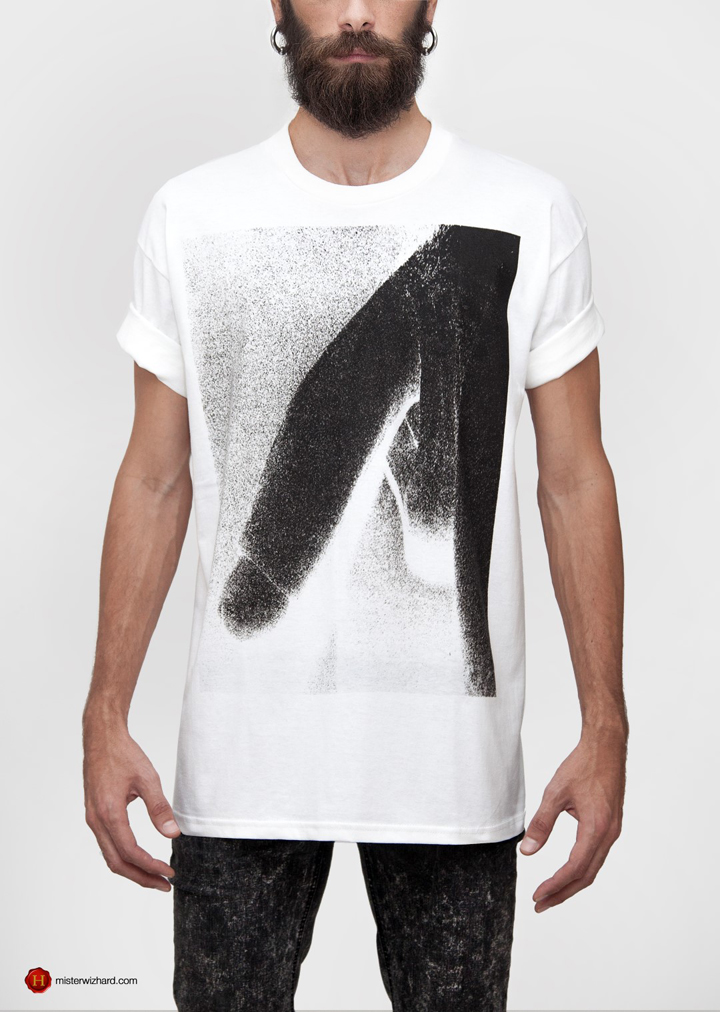 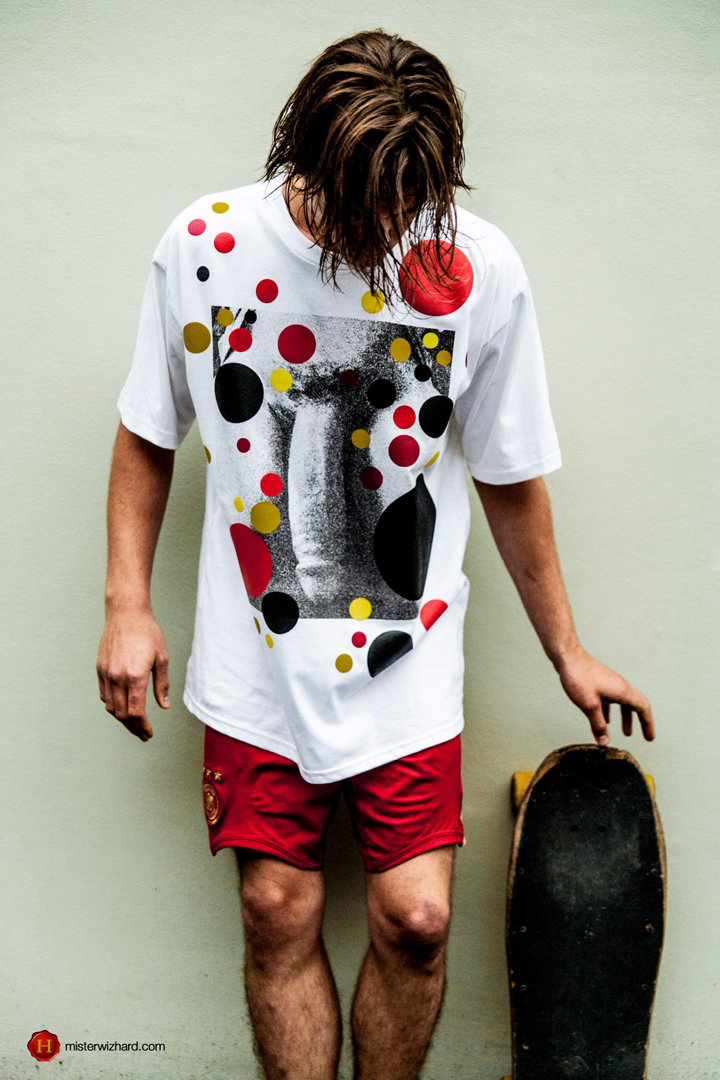 Pornography is the realm of sexual representations. Can a penis by itself, in its solo standing, be considered as pornography? Here it lacks the context and the act itself: it is depicted as an anatomical evidence, both hard or soft, working more on suggestion than on instruction.

Censorship is the filter society allows to our imagination. As adults, we don’t need anybody screening anything for us. There is neither any threat in showing the image of an extra large penis, nor the intention of offending anybody.  Nevertheless, my suggestion is never wearing these t-shirts in front of minors or any public situations where it is likely to be some minors, i.e. people under 18 years of age. This could be considered as a sexual offence. 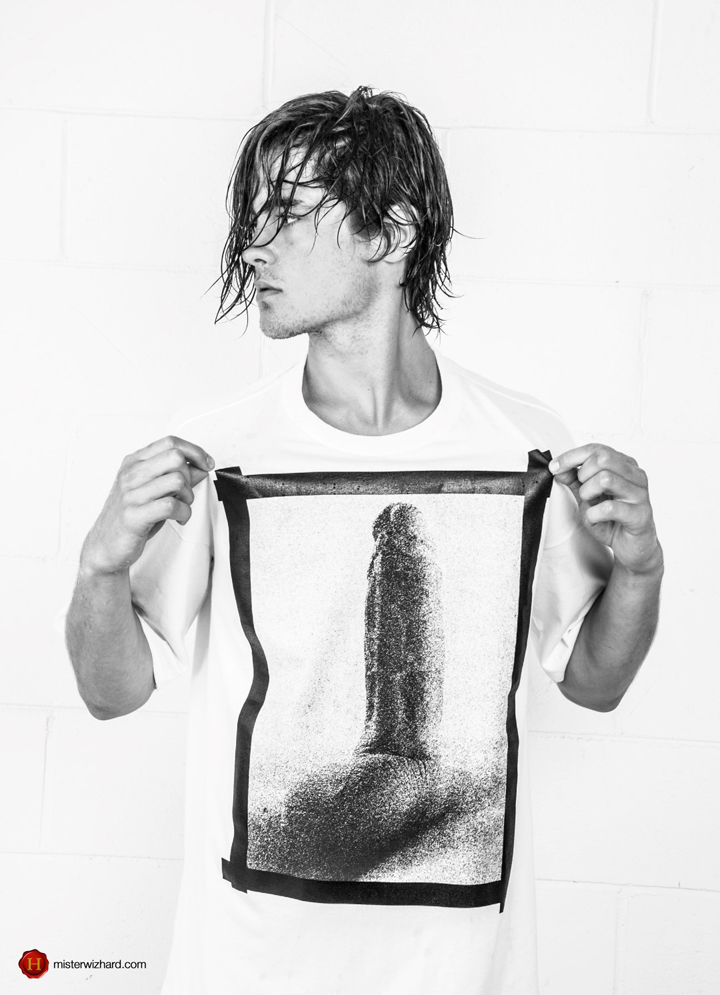 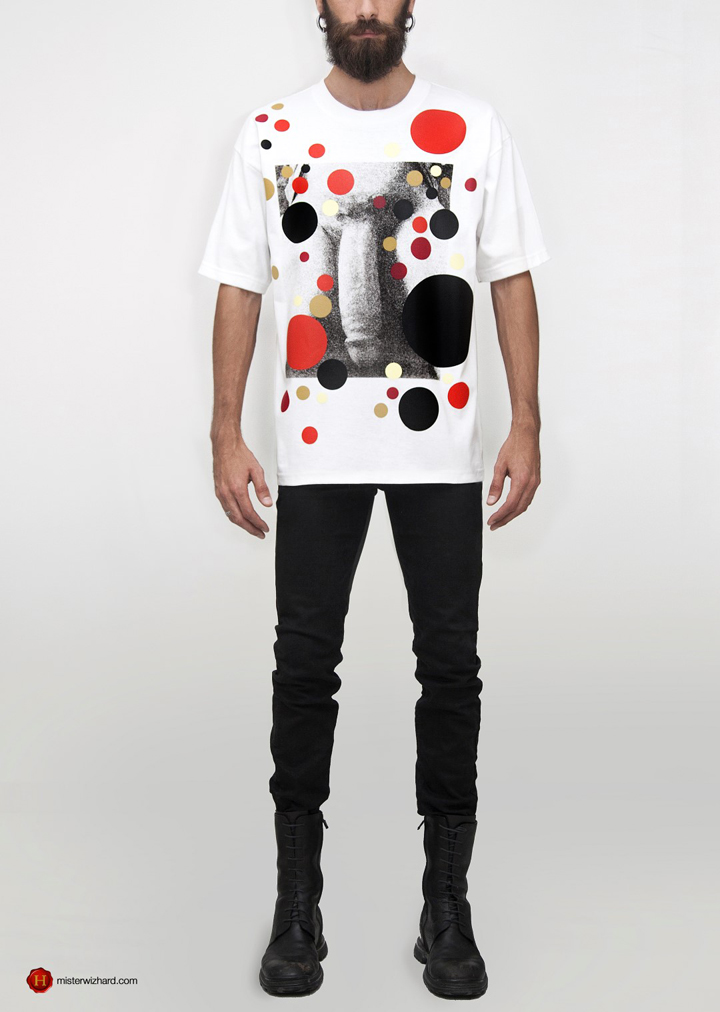 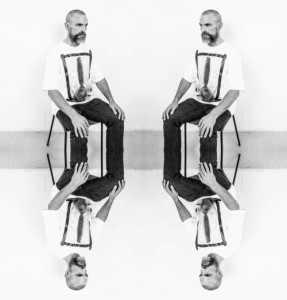 Beauty is crystal-clear. Undoubtedly a well built male genital has an innate beauty, same as for those primitive representations of the Mother Earth with their huge and multiple breasts. It is innocently naked and proudly erected, something we would like to own, to belong to, to play with.”