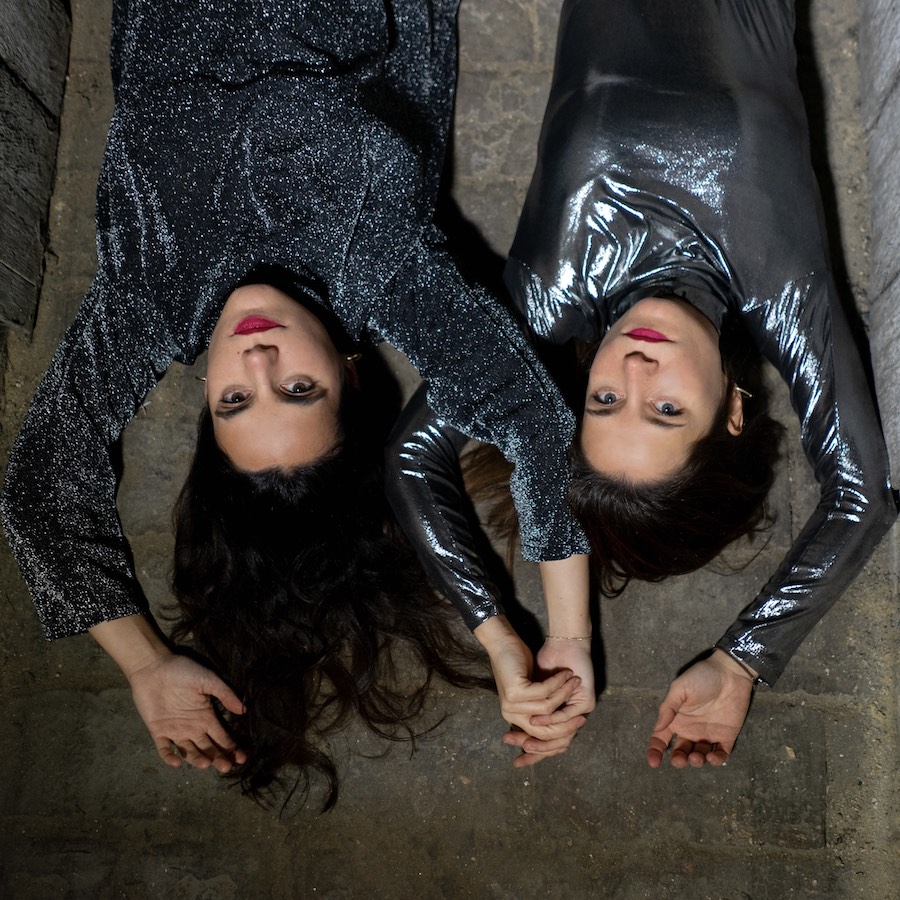 What to do if you are stuck on a Greek beach without a lift instead of dancing at the local village festival? The cousins ​​Hannah and Laura Breitfuss took refuge in retsina and playful word association chains. Their first song was born and the idiosyncratic band name came from this session: Cousines like Shit.

So the band’s music is characterized by experimenting with language, and the contrast between nonsense and message. A text is created in the cut-up process of a supposedly random string of words, one song was even left entirely to the word suggestions of the mobile phone auto-correction. The next one, however, will perhaps be devoted to a critical examination of a specific topic again without metaphors and beating about the bush. Unpredictability and helplessness in the audience are definitely taken into account and desired. The sound is also unruly and refuses to be pigeonholed. Sometimes you think you’re hearing something like Nico or Moldy Peaches, Cousines like Shit call it Avant-trash themselves. As with their first appearance on the Greek beach, they still use every opportunity for a spontaneous concert, be it on vacation in front of puzzled strangers or in their hometown of Vienna, where they can often be found in art galleries.

Young and Online is Cousines like Shit’s debut single for Seayou Records. The song is a portrait of Generation Y and, with its march-like melancholy, hits the pulse of the online age. In the light of the pandemic, Young and Online unfold its full meaning and impact, as technology is both a blessing and a curse.