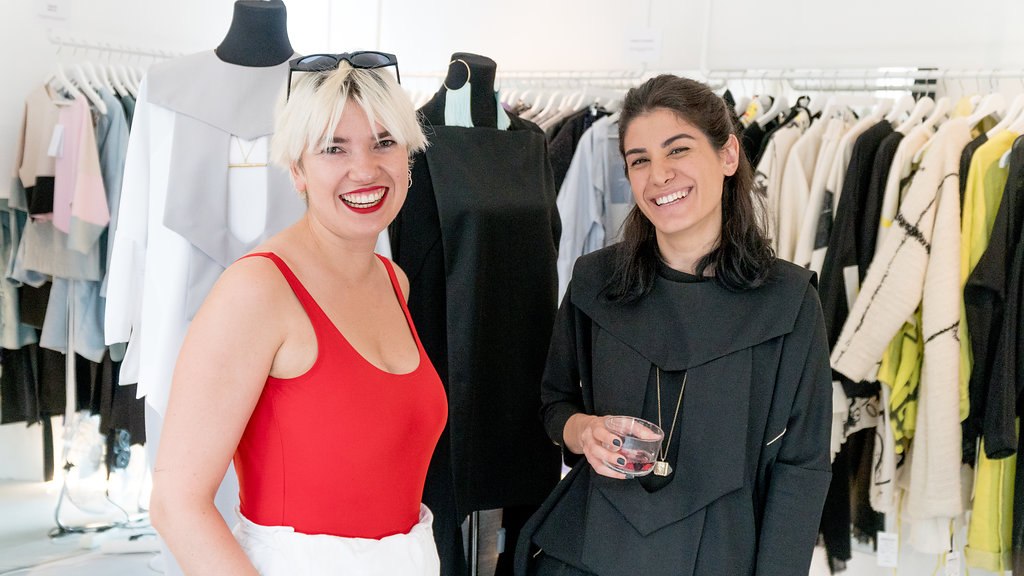 Last Friday STUDIO183 presented Arigatorosian clothing studio X Reza Nadimi at their store in Berlin-Mitte. Ariga Torosian is an Iranian-Armenian fashion designer who was born in Iran. She studied graphics before immigrating to Armenia, where she graduated from Yerevan Fine Art Academy in Fashion Design and Illustration. After returning to Iran, she began designing and creating for an Iranian clothing line which she co-founded in 2013. Due to her studies, Ariga Torosian’s work is mainly based on Graphics.

Reza Nadimi, fashion designer from Tehran, reflects on his inner self and thoughts which are a product of the world surrounding him, and with the knowledge of these inner reflections for his sketches, he creates his own self portraits using different fabrics as his canvas.

Designers represented by: Sugar Collective
Many thanks to our sponsors; Michelberger’s Fountain of Youth