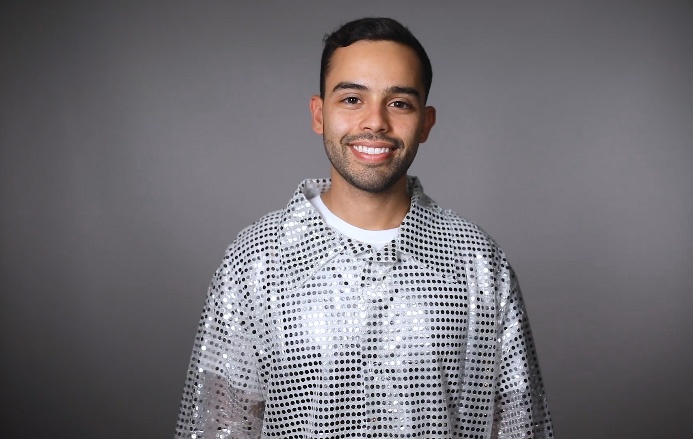 Poker is the ultimate test of skill, tactics and nerve that rewards only the very best of players. For the uninitiated, getting your head around the long list of convoluted poker terms can feel like a gargantuan task. Every pro worth their salt knows their poker terms inside out though and can execute multiple complex strategies at the drop of a hat.

Professionals, therefore, try to eke out even the smallest advantages possible at the table, including their choice of clothing. You might think that poker attire is a trivial matter, but to the very best players, a good outfit is a critical component of a successful career.

With that in mind, let’s look at some of the best poker ensembles that could give you the advantage at the table.

At the very top levels of the game, poker often comes down to psychology and nerve. This is something that Chris Moneymaker highlighted perfectly in 2003 when he bluffed his way to the WSOP title against seasoned card shark Sammy Farha.

The reason that Moneymaker’s bluff was so effective was the element of surprise. Going into the tournament, Moneymaker was a complete unknown, having only previously played poker in his spare time away from his full-time job as an accountant.

Unfortunately the element of surprise is no longer effective when you become a household name. In order to cultivate that air of authority and awe that Moneymaker had when he played that famous hand in 2003, professionals have to explore other avenues.

That’s why players like Marcel ‘The Flying Dutchman’ Luske dress to impress. In almost every game that he plays, Luske is suited and booted in an impressive three-piece suit.

It’s a sartorial choice that has helped to make him more formidable in the eyes of his opponents. Judging by his total career earnings so far of over $5 million, it is a choice that has fared him well.

Poker pro Marcel Luske gains the psychological advantage over his opponents by dressing to impress, even when he opts for a casual suit like this without a tie

A well-cut suit may be impressive but is unquestionably one of the least comfortable outfits you can wear during a long-haul game of poker.

Some players, like 43-year-old American Phil Ivey, prioritise comfort over appearance at the table. Ivey, who has raked in over $30 million in career earnings can often be seen slouched at the table with hood up or a baseball cap furrowing his brow.

Whilst Ivey is obviously a great pro who is more than capable of working out his opponents, it is clear that he pays more attention to himself and his own playing environment than the actions of others.

By dressing comfortably, Ivey is doing his utmost to minimize outside distractions and instead focus on his own game. It’s a logical choice when you consider the fact that many games can stretch on into the wee small hours.

Is There Anything, In Particular, I Should Be Wearing?

There are no hard and fast rules for what you should and should not be wearing at the poker table. There are, however, a few items of clothing that could be seen as vitally important to your ongoing poker success…

Acclaimed English playwright William Shakespeare once wrote, “The eyes are the window to the soul”, and he was right. Whilst it may be possible to sit on your hands and hide your excitement when you are dealt a good hand, it is impossible to stop your eyes lighting up.

In a tense, high-stakes game, your every move and action at the table will be observed and scrutinised by all of your opponents. If you are sitting on a winning hand, you do not want your fellow players to know.

That’s why so many of the world’s best players take to the table with a pair of sunglasses. Practically it may not be a great choice as most games are played in ambient lit rooms.

However, by wearing sunglasses you will give yourself an edge when your back is against the wall and the line between winning and losing is blurred by psychology and nerve.

Poker is a game that requires players to be present, mindful and fully-focused from the first hand right through to the last. You will often hear pros describing how they ‘get in the zone’ and put all their distractions out of their mind.

This is easier said than done though, and whilst you may not always be able to maintain your own concentration, you can ruin that of your opponents.

Choosing a vibrantly patterned shirt or bright and distracting coloured clothing can be of real benefit in tight games. If you want your opponent’s mind to be drawn away from the game at hand, wear something that will stand-out and distract them from their own cards.

So What Is The Ultimate Poker Outfit?

Objectively there is no one outfit that will improve your fortunes at the poker table, otherwise, every single player would be wearing the same clothes! Subjectivity is the key, you must, therefore, strike the balance between an outfit that will impact your opponents at the same time as making you as comfortable as possible.

With that in mind, pick something that suits your needs, but don’t be afraid to tinker and take inspiration from the pros.