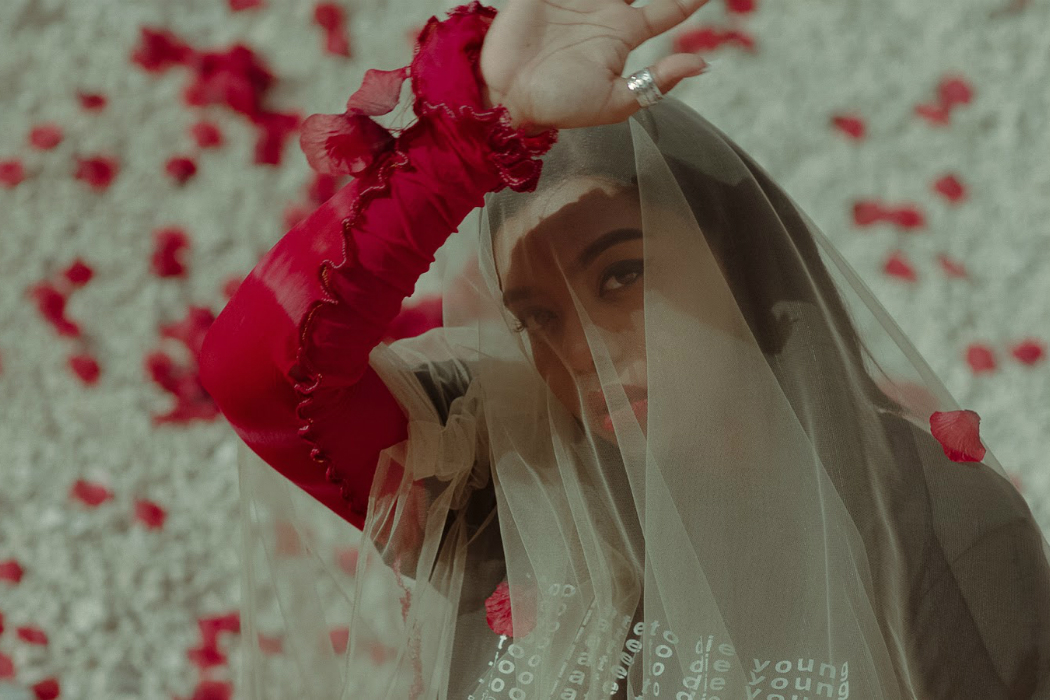 It’s that glorious time of the week again where you get to watch our top 5 favourite finds on the World Wide Web! Mating Ritual explore human connections, Rukhsana Merrise places human nature under the microscope, Gyles Bartle opens up into his late night reflections, Ebony Bones expands on censorship, and La Luz get pretty wavy.

LA-based duo Mating Ritual have dropped ‘Stop Making Sense’ the lead single from their sophomore album ‘Light Myself On Fire’. Having already unleashed the snarling single ‘Light Myself On Fire’ the band have pushed on with the harmonised, cavernous, synth-driven pop tour de force of ‘Stop Making Sense’. It nods to stadium-sized ambitions while maintaining an unbroken independent spirit. The band are currently touring the US with Penguin Prison and are lining up UK shows for the autumn.

West London’s Rukhsana Merrise announces a headline show at Omeara on July 18th and reveals a new music video for ‘Die In Vain’ featuring British rapper and visual artist Kojey Radical, out now via Communion Records. The video see’s Rukhsana team up with young London designer A Sai Ta (and his label ASAI). Known for his work at The Row and Kanye West’s Yeezy, and for dressing the likes of Solange, Kelela and Erykah Badu.

Electronic producer and rapper Gyles Bartle announces the release of his debut single, ‘You’. Hailing from Greenwich in South East London, ’You’ showcases the young producer’s sound with influences across the board jumping from downtempo hip-hop to trap, all in a genre-defying, future-facing way. At the age of 20, Gyles has already accumulated a considerable following through his production work alone, also releasing music under his production guise Gylzey. The release of ‘You’ takes him out of his comfort zone to challenge bigger goals as a solo artist.

Ebony Bones secures her status at the forefront of genre-bending avant-garde on new album Nephilim. The London-born producer/singer/songwriter’s forthcoming fourth release is out July 20th on her own label 1984 Records, and today she reveals the title track and breathtaking accompanying video. The manic, soaring piece combining orchestral elements with Bones’ signature hard-hitting beats is paired with a cinematic clip filmed in the Swiss Alps that marks Bones’ directorial debut. Four tracks on the album, “Nephilim” included feature Bones in tight collaboration with the Beijing Philharmonic Orchestra, who perform her compositions.

Los Angeles has often been described as a “dream factory”–both a mecca where dreamers converge to pursue long-held aspirations, and a topography of hallucinogenic contradictions: enchanting tangerine sunsets diffused by smog, crystal-clutching spiritualists mingling with deep-pocketed narcissists, rows of scenic palms competing with garish billboards for commuters’ attention. It was against this backdrop that the four members of La Luz–singer/guitarist Shana Cleveland, drummer Marian Li Pino, keyboardist Alice Sandahl, and bassist Lena Simon–conceived of Floating Features, the band’s third studio album. For this, their most ambitious release yet, La Luz consulted landscapes both physical and psychological. References to dreams abound on Floating Features, with “Mean Dream” unsurprisingly mimicking dream state imagery.