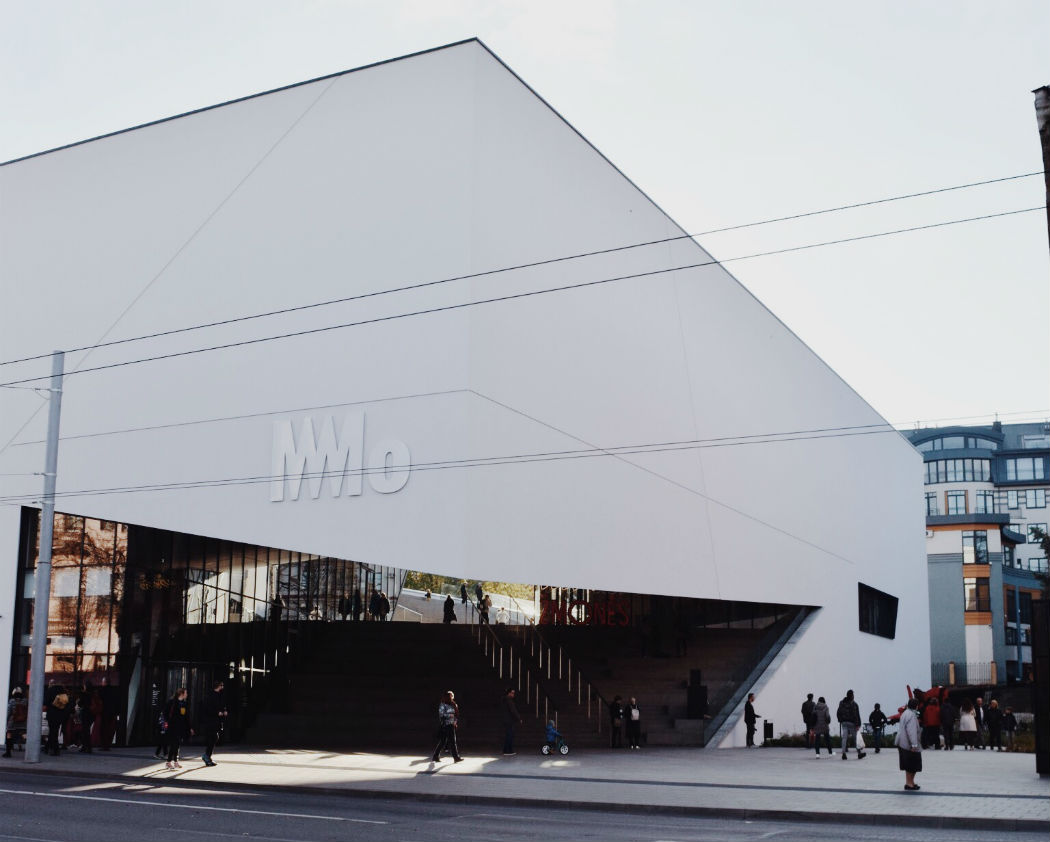 Last month, KALTBLUT had the privilege of venturing into the Baltic landscape and being one of the first to experience the opening of Vilnius, Lithuania’s brand new modern art museum and exciting addition to the international art scene: the MO.  Once only a private collection, the MO was founded by Danguole and Viktoras Butkus and is now the largest private museum in Lithuania. The MO opened its doors to the public on October 18th, with an estimated 5,000 works of contemporary Lithuanian artists from the 1960s to the present. Opening weekend was packed full of exciting events, including a talk given by the internationally-known architect who played a major role in the design, Daniel Libeskind.

In conversation with the museum’s director, Milda Ivanauskiene shared with us her experience in preparing for the opening weekend, revealed what attendees can expect in the near future, and explained the context of the collection.

“When we first tried to build the museum, we had different plots of land in the city and were already tired of local architectural companies competing. The meeting with Libeskind was actually accidental during a time where he was visiting Vilnius and doing a lecture where Viktoras Butkus was also participating. Butkus was introduced to Libeskind, they talked about how Butkus needed a museum, Libeskind made a sketch and that was it!“

The museum sits on the former site of the legendary Lietuva Cinema, the first modern cinema built in Lithuania who screened arthouse films during the last era of its existence. Ivanauskiene explains the reasoning behind the choice in location, “the building was already closed in 2005 so it was shabby and the area was completely abandoned. Butkas bought the plot of land in 2015 after ten years of it standing closed. It was announced that the place would be turned into a cultural space and the museum would be built. It was widely accepted because [it was better] than building apartments or shops. This is our public space.”

Its inaugural exhibition, entitled “All Art Is About Us”, was curated by Professor Raminta Jurėnaitė. Focusing on “challenging audiences to take in the works of art both from their own personal perspective and through the broader prism of Lithuanian national identity”, the collection involves the Lithuanian historical experience. This courageously encompasses the post-war period, the Soviet thaw, the stagnation of the Brezhnev years, the relief that came with Perestroika, the Sąjūdis independence movement, the restoration of the Lithuanian State, as well as the rapid changes and new challenges that exist.

KALTBLUT wanted to dive into how the curation included the underrepresented in the art world, specifically female-identifying, people of colour, and non-binary artists. Ivanauskiene told us that currently, Lithuania is still a very homogeneous society, with 80% of the population Lithuanian, Russian and Polish descent, without very much diversity outside of that.

Ivanauskiene stated, “We stayed under the Soviet regime for 50 years, and must admit, Lithuania in the first ten years after gaining independence was not a very rich country. There was not a long tradition of people coming from all over the world to have a nicer living. Everyone was emigrating rather than immigrating. We have 250 Lithuanian artists represented in the collection, so it’s a big number for this little country. In the future, we’ll see how society changes and how the collection could develop.”

In walking through the collection, wandering its wide open spaces and soaring down the iconic spiral staircase, we left inspired and excited to see the history of this space progress, diversify and give locals a place to admire what they’ve accomplished through decades of occupation. The current collection communicates not only a detailed narrative of each artist’s experience but the country’s proud independence and struggles to preserve their collective story.

Special thanks to Gintarė Kavaliūnaitė (Go Vilnius) for accommodating and introducing us to fascinating people around the city, and Milda Ivanauskiene (MO Muziejus) for the conversation on the past, present, and future of the museum.