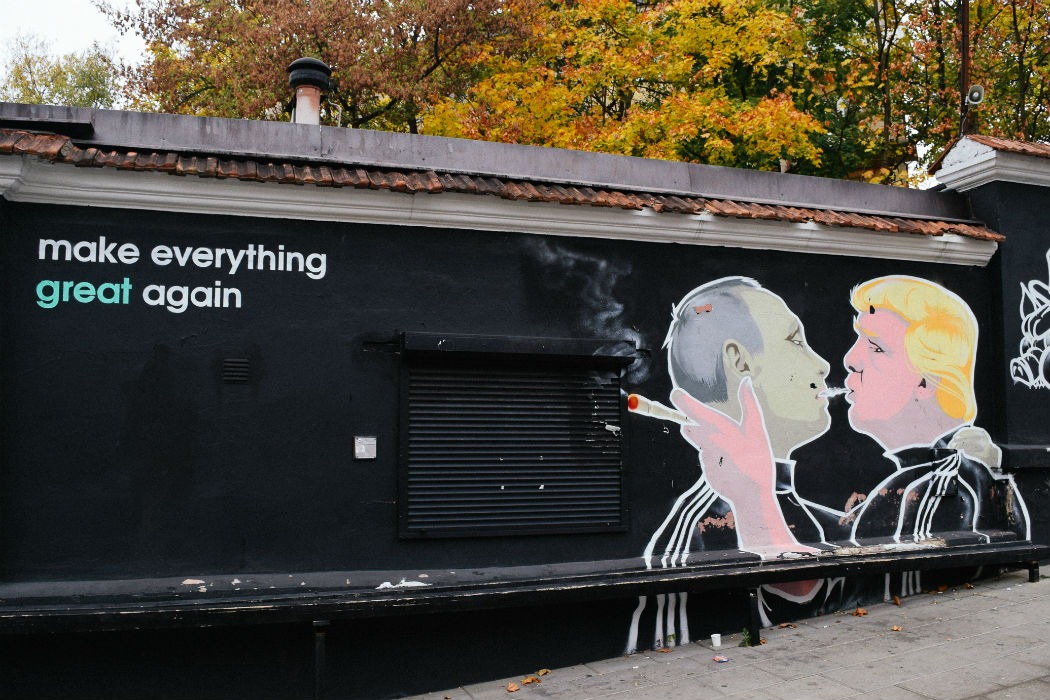 Vilnius, Lithuania has been recently spotlighted for younger travel seekers and tourists specifically interested in the alternative. KALTBLUT got to wander the dynamic city for a weekend around the opening of the city’s modern art museum, though the times we spent getting to know the few characters who crossed our path and simultaneously indulge in incredible local cuisine was just as fulfilling. Read on to find out about our favourite spots in the “G-spot of Europe”.

HISTORY/YOUTH CULTURE
Lina of Global Leaders guided us through the city and through the independent district of Užupis.

Her perspective on the city spanned her entire life, having attended high school during the Soviet Union occupation and university in the early independent times. Lina acknowledged how historically significant those moments were in just a short amount of time. 2018 marked 100 years of the country’s independence and our guide reflected on this era as having, “so many majestic moments, participating and defending the country”.

Dominykas Cze is a defining character for both the young and the old in Vilnius. Dom shakes up the city through his alternative markets and the provocative restaurant, Keule Ruke, that he previously co-owned which exhibits the internationally known mural of Trump sharing a smoke with Putin. He’s simply attracted to authenticity, characters who have a passion for what they spend their life doing. A DIY community.

“Now we are working on a project where we are occupying an abandoned park in front of the Hales market. Our plan is to open an experimental craft beer bar, an eating spot inside a greenhouse where food would come from a Vietnamese food truck and also make an art installation in collaboration with the artist Oskaras Gudas. For the cultural program of the park, we will be working with local underground and DIY music scene coordinators. We are pushing for the creation of an incubator that would support social businesses located in the railway station area.

Now the main goal is to start building a community from DIY grassroots [stand point] here in Vilnius. It’s important to push for less regulation so that these initiatives would be considered as social businesses. Illegal raves shouldn’t be punished but accepted as a part of [our] city’s cultural fingerprint. It’s important to mediate dialogue between institutions and these initiatives in order to create a fruitful collaboration.”

Dom introduced us to our favourite bar in the city, PERONAS, which operates directly next to a train station and feels like the end of the world. We ventured through Halės Turgus, the historical market hall and found ourselves in a packed experimental beer and food complex to try new sours late into the evening.

“These are really old places that are now being occupied by the new generation and being rediscovered by the people of Vilnius.”

FOOD/DRINK
We not only managed to find amazing food and drinks but somehow decided to consume it all in one evening. Our first destination was BeerHouse & CraftKitchen, a Lithuanian beer bar that maximizes experience through themed rooms, a full food menu and an impressive tap list. We met with Asta, who manages guest relations and is the only female beer sommelier in Lithuania and across the Baltics. Asta took us through their seasonal menu and limited edition beers on tap, including the schnitzel burger, which was only around for Oktoberfest and nearly destroyed us in the best way. We also had a Lithuanian food lesson through their appetizer sampler focused on traditional dishes, which included zeppelins, potato pancakes and handmade pork dumplings.

D’eco, a family-run restaurant with an emphasis on a local and sustainable menu was next on our list for the evening. The history behind the family running the lovely restaurant is quite interesting. Art deco is the family’s favourite style, which is unique because Vilnius was occupied by Poland during the Art Deco era. Aesthetically speaking, the style was severely lacking in the city before the restaurant came to be.

David Brumberg was our host and revealed that while the family was originally from NYC, they had been living a somewhat nomadic lifestyle for over a decade. The Brumbergs moved around America, Europe and the Middle East, with every place having its own influence on their outlook on food in the modern age. The family arrived in Vilnius in the summer of 2014 and first opened the doors of D’eco in December 2016.

David shared, “As we have been an organic family for over two decades, we wanted our place to make not only a positive impact for ourselves and our guests but for our planet itself. By supporting these local ecological farmers and suppliers, we feel that we’re doing our part for the continued success of sustainable practices, and we are delighted to see that since our restaurant has begun, more and more sustainable-minded businesses are popping up around the country. We support anyone who decides to work in a cleaner and environmentally friendlier manner, by happily sharing any of our produce and beverage suppliers with our colleagues. Because at the end of the day by buying organic, you support the mitigation of climate change, protect the environment, promote animal welfare and farmer profitability.

The original idea that started D’eco was to have an organic restaurant that not only embodied our family’s favourite artistic and architectural movement but a place that would serve real food that heals people instead of just filling them up while showcasing the incredible quality organic produce that local Lithuanian farmers have at their disposal. What people at times fail to realise in this day and age is the fact that we as humans require real food, thus requiring a seasonal diet. This being especially apparent in Lithuania due to the extreme seasonal shifts here.”

Make sure to try the family’s favourite dessert: lemon meringue.

Thanks again to the Go Vilnius team, Ryanair and to everyone who was so hospitable during our visit!