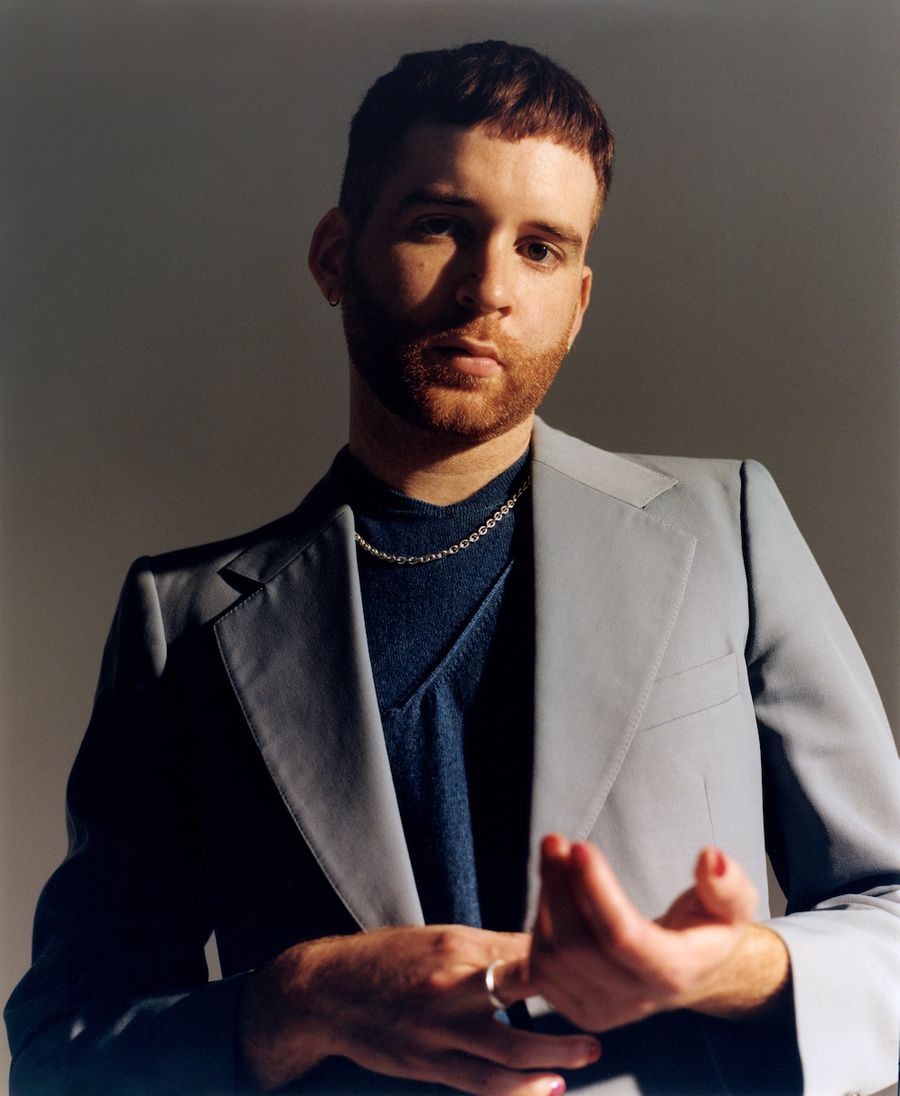 Berlin-based artist Blush Wilson returns with another Sweatmother directed gem for the latest single ‘Dance Under the Ashes’. “With ‘Dance Under the Ashes,’ I wanted to make a song that was about pure pleasure — something that you blast at top volume to the point where your ears ring afterward,” explains Blush. “So much of my music veers toward the dark and melancholic, and I wanted to show another side of myself, the side that craves sugary, joyful, gratifying pop that you can enjoy on a physical and immediate level.” The music flips the classic video trope of “two strangers falling in love” by centering two trans/non-binary performers, Ailo Ribas and Fopk Attema, a trans 4 trans couple based in London. “It was important to depict the beauty of my friends, who rarely get the chance to see themselves as active agents of their own desire in mass media,” says Sweatmother

Blush Wilson is taking pop music in a bold, queer direction. The Berlin-based singer, producer, and songwriter has a sleek and twisted pop sound that truly sets him apart. Born and raised in Orange County, California, Blush Wilson grew up playing classical piano, singing in church choir, and studying opera. It wasn’t until he teamed up with producer Roni Pop that he started experimenting with electronic music, culminating in an EP through their project ADORE ADORE with lead single “Heal Myself.”

In 2016, Blush Wilson moved to Berlin to develop his solo project and define his individual sound, and Blush’s upcoming debut LP “Fever” marks the end of this 4-year period of development and transformation. Through his experiences in Berlin’s queer scene, Blush has crafted a unique queer utopia through the genre of experimental pop. Blush Wilson’s music channels artists such as Kelela, Sam Smith, Christine and the Queens, and James Blake. He combines infectious vocal hooks with dark, warped production to create a singular, explosive pop sound that explores the freedom of desire. With his forthcoming debut album, Blush Wilson is poised to become one of the most exciting new voices in queer pop music.

Sweatmother is a filmmaker and artist whose work centers queerness, identity politics and representations of otherness. Their directorial debut short film Soft Exits showed at the ONCA gallery, where it received the Top Ten Moving Image Artists award for the Brighton Photo Fringe Biennial. Their documentary short, Other Voices, was selected by the BBC New Creatives Program, where it premiered on BBC channel 4 broadcast and BBC iPlayer.

They have spoken on panels and shown their work at LSFF, DAZED, ICA, CINEMQ Underground Film Festival, Glastonbury, Clio Awards and Fringe! Film Festival. Recently they were commissioned by the ICA to create a film for k-punk 2021: post capitalist desire, a program in honor of Mark Fisher. Their practice stems from DIY underground scenes – they are an artist resident for INFERNO, and the creator of the Otherness Archive: a visual archive documenting queer pioneers, as well as a space for contemporary filmmakers.

Sweatmother will be going on their first United Kingdom tour with musician Aya, kicking off in London at Space 289 November 18th.