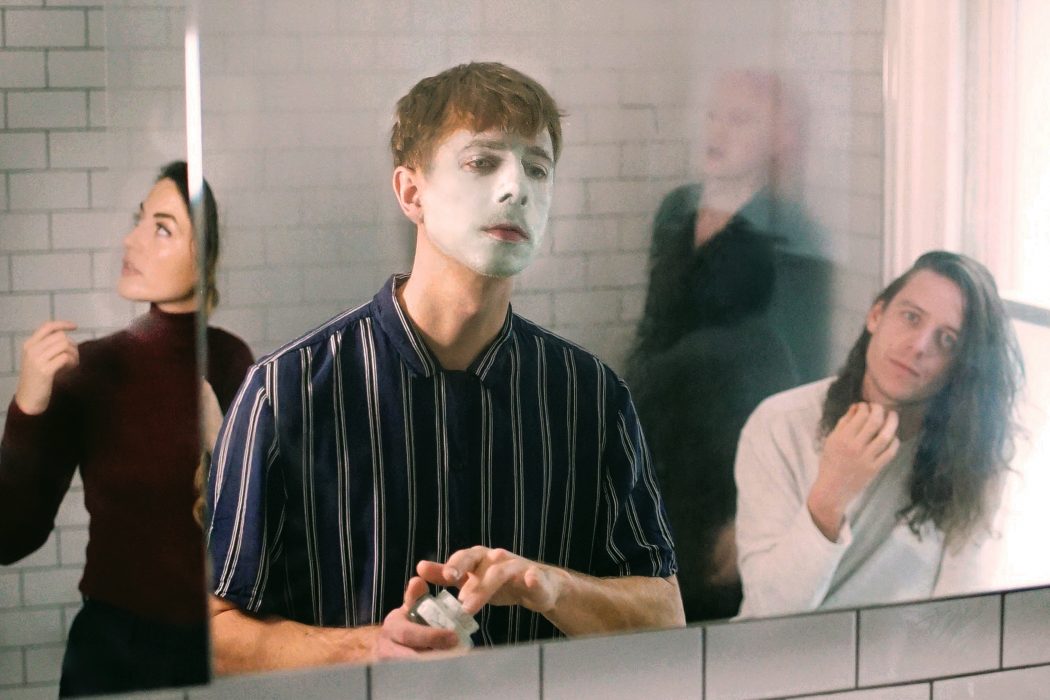 Londoners CHILDCARE find their inner peace through self-care (and lots of spinning) in their latest visuals for ‘Sugarcane’. A slinky number with a reggaeton twang and chanty vibe, the single sings of an ill-lit and lurid relationship – a juxtaposed piece of darkness in the otherwise wellness-centred ‘Wabi-Sabi‘ album. Singer Ed Cares explains, “‘Sugarcane’ is one of the few modern songs to reference one of my favourite American-Chinese dishes – the almighty Ciao Mein, Sugarcane is about exploring a more delicious, greasier version of yourself.” I don’t normally condone cults, but this one could potentially do wonders for your glutes.

The video is directed by Maxim Kelly (FEWS, Palace, Zola Blood) who added, “I’ve been chronicling the life-altering work that CHILDCARE and their Get Well Soon program do. Therefore, I came to the project as an experienced advocate of the system. Childcare contacted me for the footage I had filmed and we re-edited it collectively. We focused primarily on the spinning and circular rotation work since we agreed this was the most profound and visual facet of the work. What you’re seeing unfold is the movement identified with all matter from the vastest galaxy to the teeniest atom.”

CHILDCARE were formed by Ed Cares, formerly one of west London’s most in-demand male nannies. Ed enlisted local musicians Emma Topolski (bass/vocals), Rich Le Gate (guitar) and Glyn Daniels (drums) to complete the group and they performed their ﬁrst shows together at Reading and Leeds festival in 2016. Their skewed, softcore psych has gained them eager fans across the continent, extensive BBC Radio 1 and 6 Music support and wide-spread online coverage from the likes of The Line of Best Fit, Wonderland, Clash, DIY and Indie shuﬄe to name but a few. The CHILDCARE ‘Wabi-Sabi’ album was released on May 31st via Get Well Soon. The Band will perform a series of headline shows and festivals throughout 2019 including Latitude, Reading and Leeds.