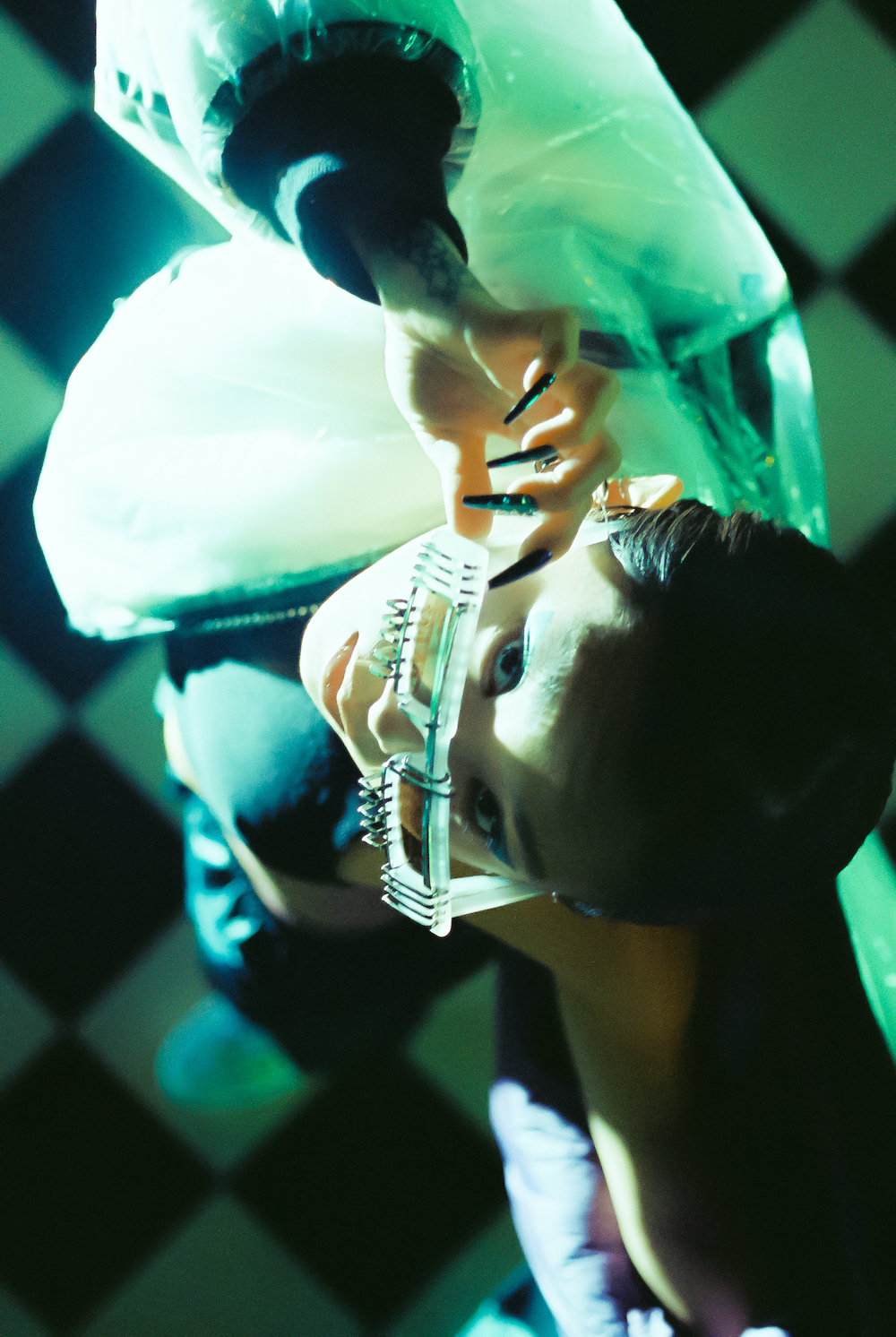 Enyang Ha enlists the help of experimental artist Synthtati for her latest visuals for the single ‘1997’, taken from the EP of the same name. “1997 is the opener of this EP,” she explains on the single. “The song narrates my memory of a day as a child in that year. I sing in my mother tongue Korean. “You are happy as you are without that clothes. You are happy as you are without that hair.” I grew up in culture that I had to wear short hair in ponytail and a modest uniform to cover my body and to go to school. It took me a long time to claim the power and joy in expressing myself with my look, with my identity, status and background. I want my message to be subtly delivered to my audience that they are happy as they are, that they have all the gifts in their life to transform into what they actually want.” Synthtati continues, “The video lets you travel through womb-like installation full of spontaneously gathered and impulsively curated treasures, representing the notion of a strong dream-like evocation occurring on autumn 1997.”

Enyang Ha native to Korea is a 9 year transplant to Berlin, the music producer and mastering engineer uses a wide breadth of experimental techniques to create the music in her first EP with a label “1997”. This EP sees her collaborating with System Records by Julien Bracht. Having mastered some of the most innovative releases of this decade for Amnesia Scanner and Arca this EP is without a doubt the beginning of something that pushes the boundary of music beyond the current scope. A well traveled person from having lived in Japan, Korea and the USA as a teenager Enyang emigrated to Berlin in her twenties to tap into a new scene and sound unique to the city. Since then she has been intimately involved in the experimental music scene having performed at CTM festival in January of 2021. Serendipity found Enyang in Berlin and it was this city that transformed her passion for music and took her on a new path, one which would expose her to some of the most cutting edge artists of the world. Having worked intimately with the releases of some of the most experimental artists of our time, Enyang’s own musical sensibility and need for experimentation aligns closely with the roster of her impressive clientele.

Driven by a need to express the inherent beauty within the unusual, different or other she uses recordings of her own body’s movements and functions to create a unique sound palette. These recordings become the musical apparatus Enyang uses to compose her tracks. Through the digitisation of her body she is able to transform the sound of her pelvis into a baseline, quite literally making the core of her physical body the foundation of her musical form. In the same way the snapping of an ear become high hats, or an elbow becomes a textured sound hidden in the composition of the track. By metabolising the sounds of her body she is able to build these tracks organically, even through the use of modular synthesizers there remains an intimacy to the EP. 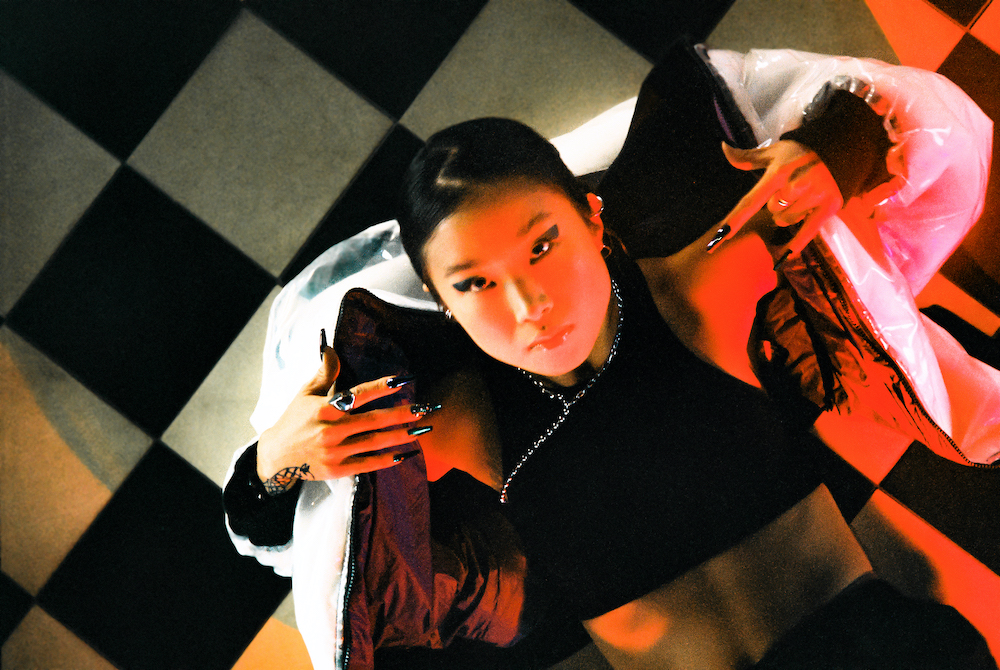 The EP “1997” contains three tracks, the title track is a tightly composed five minutes of whispering vocals floating in and out of focus. An almost biographical take on her music this song uses lyrics in her native Korean to narrate a time gone, full of childhood memories of Korea and filled with the contrast between personal nostalgia and the immediacy of the world around. With “1997” nostalgia is a source of comfort, a time past but not forgotten. The lyrics describe the untangling of youth to become the person you were destined to be, free of restriction and constraint the track is optimistic in tone. In “Safe Nation” however, people are constantly being pushed to the brink, chaos has become an almost accepted part of life, and that normalisation of heightened emotions is explored. 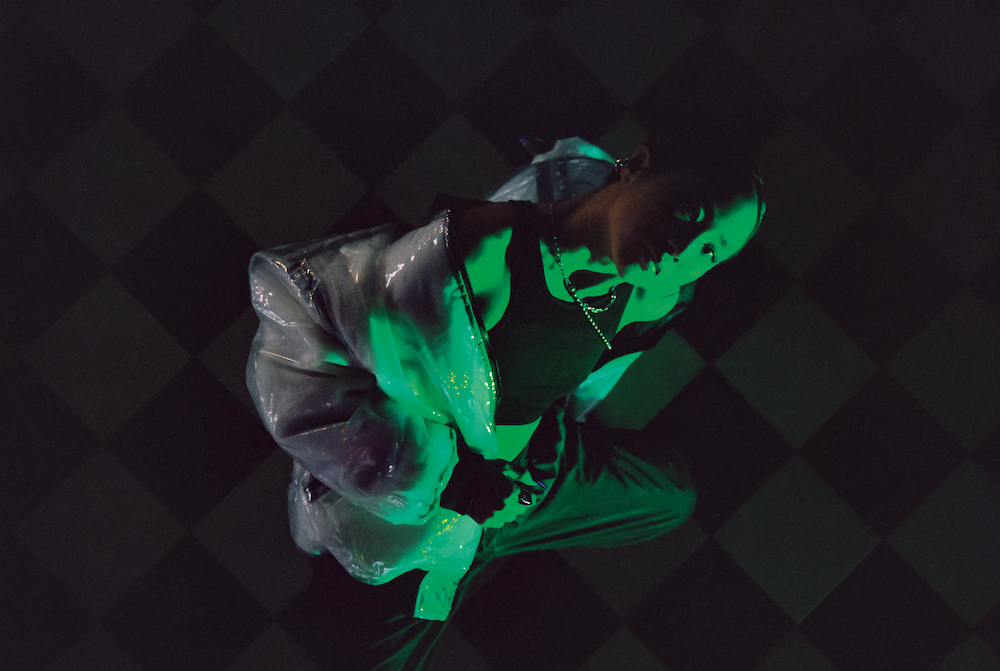 Here the abrasive modular sounds feel almost internal, like the inner dialogue of a synthesizer or the voice we all have inside our heads, difficult to place but impossible to ignore. “Safe Nation” illuminates the struggle of the modern world by creating a metaphorical space of safety. Including traces of her own personal history, English vocals on this track could be mistaken for the Korean on the previous title track, this global span to Enyang’s music making is one of the most unique aspects to her body of work. In this EP multilingual singing takes on an amorphous quality floating in and out of recognition like a dream, feeling familiar and distant at the same time. The closing track “Kitten Play” blends rhythm and compositions unique to Korean music. Using deconstructed song structure the beat races like a heart pumping blood, the grinding modular sounds are wielded expertly, straddling the line between chaos and harmony.

1997 is out now on System Records: https://enyangha.lnk.to/1997
Enyang Ha’s solo debut album will be released in the beginning of 2022