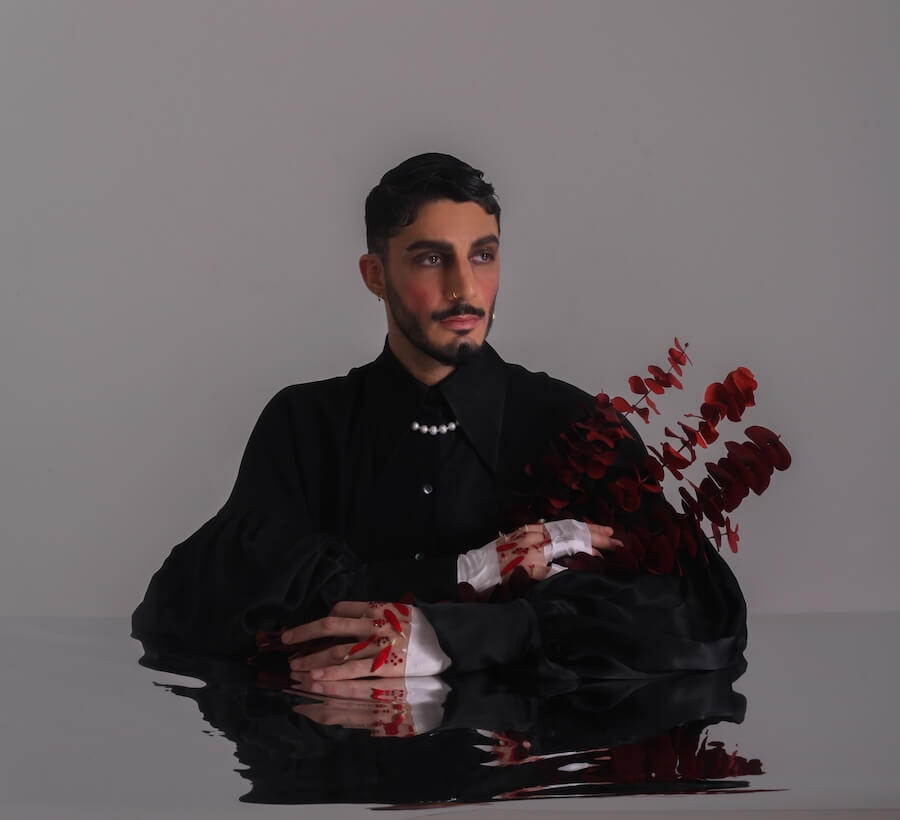 GESS releases a new video for ‘Dignity’ featuring London based musician SXMSON. The video shows GESS being treated by a sinister psychiatrist/1920s inspired asylum doctor who is using various methods to send GESS into the darkest, most tormented parts of his mind.  There he’s confronted by isolation, mania, manipulation; all metaphors for the emotions felt in an unhealthy relationship.  All photos by Derrick Lee @steakfries

Dignity is a story of sacrifice. It’s about being so blinded by the toxicity that you’re willing to give up your Dignity to be with a partner that is clearly wrong for you.

An IV bag filled with roses is administered into my hand to represent a sort of artificial romance being forced onto me. It’s poison disguised as passion and affection. The doctor is filling the role of the toxic partner manipulating the other

The video was shot at FD Studios in Downtown LA. Directed by Aaron Adrian with the help of his crew – all students from the NY Film Academy in LA who volunteered their time.