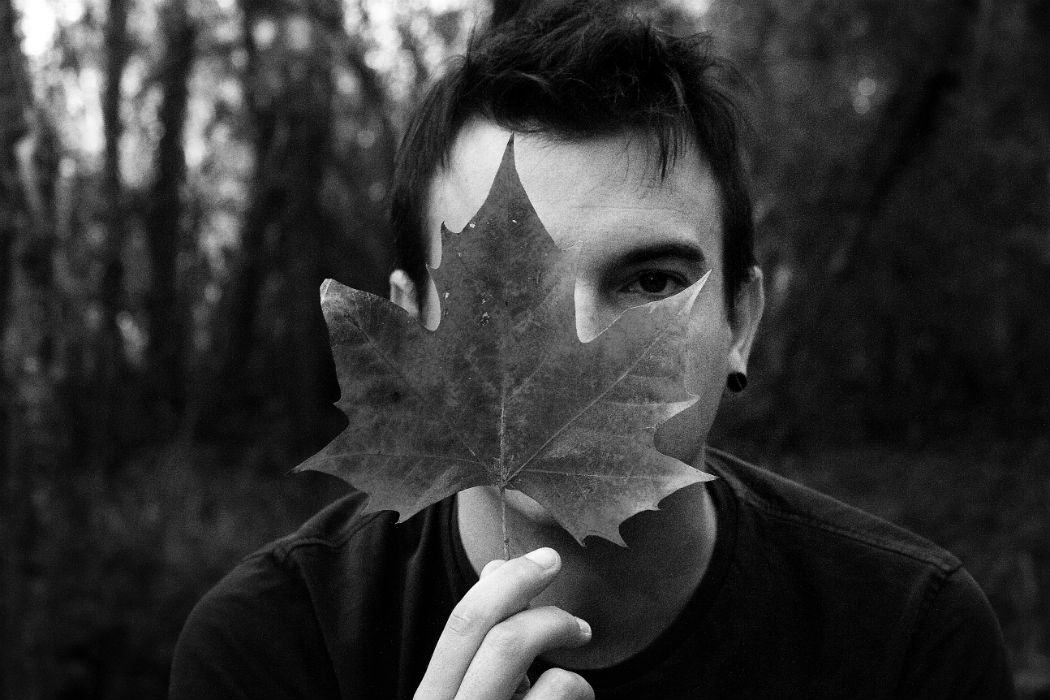 ‘Reversed’ is the fourth album from French composer and sound designer Franck Zaragoza and his ever-expressive Ocoeur nom de plume. “Au coeur” translated into English is simple: “to the heart”. With each release his output has become more personal by interjecting emotions in a way that is neither heavy on melancholy or unpleasantly overwrought, but often reflecting an artful playfulness. Today we premiere the stunning new video for ‘Timeless’, directed by Gaëtan Raza and taken from his fourth album ‘Reversed’, to be released 25th March on N5md, alongside an interview with Franck himself.

KALTBLUT: Could you tell us a little about who you are and your upbringing?
Ocoeur: Hello, my name is Franck Zaragoza. I’m a french composer going by the name Ocoeur and I’ve been based in Bordeaux / France for the last 10 years. Regarding my upbringing, I come from a family who’s taken very good care of me. They gave me the opportunities to pursue most of my dreams, like making music. At Age 8, I learned how to play piano. In addition, I attended a graphic design school, which was my main professional studies here. The school opened my mind towards Art and I now feel able to use the correct tools to, make, analyze or describe any kind of picture or music. It is also very helpful for creating and define the right sound you are searching for.

KALTBLUT: Your sound is very intricate and thoughtful, was music something you studied professionally or are you self taught?
Ocoeur: No, I’ve never classically trained or been in touch with how to make music more professionally either. although I have received some advice as how to get a better quality of sound. To be honest, I just followed my ears and feelings to convey what I had deep in mind. I really believe that people can creates whatever type of Art, whenever they feel like, without having a specific knowledge or skill to interject something thoughtful or meticulous emotions within. As for me, I got really involved in music since I started modeling feelings from an inspirational childhood. I’ve been constantly surrounded by good music, movies and video games.

KALTBLUT: With Reversed being the name of your fourth album, does the name suggest going back to music’s minimal form? Perhaps peeling away the layers to reveal what’s underneath?
Ocoeur: It’s very interesting how people can translate your music and I like your perspective to be honest. By the name « Reversed » I wanted to convey an irrational feeling and something tricky for the mind to picture. The title might have something to do also with a surrealistic moment that you are going through, like a void or a timelessness. Life and death, black and white, men and women, something and its opposite. Apart of having love, fun and memorable moments. Seriously, what about time? What about reversing an ending and a beginning? What about you and another? The before and the after.

KALTBLUT: Did you approach this new project the same way as you did your first?
Ocoeur: As always, I was devoted to express deep feelings. The one of life basically which obsesses and inspires me in terms of how irrational it is. And the sense we try to make of it is very fascinating as well. So, at this time I approached it in a way where I was wanted to include more piano throughout. I decided to turn it as dreamy as I could by shaping cold landscapes and wide opened background spaces. Beginning from a void and ending to a reconstituted sense of peacefulness. As much as I approached it subtly, the most important aspect was to always let the mind of the listener go free. In addition, I tried to include true emotions into and not to focus only on mine, like in the track « Time Over ».

KALTBLUT: You contributed compositions to the documentary Rana Tharu, was this the first time you were involved in something like that? Is it something you would like to continue?
Ocoeur: No It wasn’t the first time. I have composed for various projects before, such as short films, but never really realized in-depth. Regardless that was the first time and I felt there was something accomplished. Esthetically Rana Tharu inspired me a lot. I was more committed to working on and I have to say that I really liked to compose for it. I’m definitely up to go on.

KALTBLUT: The video for Timeless is beautiful! Have you worked with the director before?
Ocoeur: Thank you! I’m really satisfied with what Gaëtan Raza’s achieved for me indeed. After having played back to Transient Festival in 2014, they decided to use the track « A parallel Life » for their new edition 2015. So when I’ve seen the teaser I decided to collaborate with him. He really got what I had in mind. I was really surprised he did as I can be rather confusing sometimes…

KALTBLUT: Who are some of your most influential music producers/composers?
Ocoeur: The most influential pieces producers/composers who inspire me might be the ones who generally compose for movies and video games. I admire artists who are capable to bring special atmosphere into moving images, revealing a side that you didn’t even expect. It’s quite tough to list them as the list is long… Spontaneously, I’d say Max Richter (Waltz with Bachir is a masterpiece), Maurice Jarre or James Horner. As for games I’d say Martin Stig Andersen or Mikko Tarmia.

KALTBLUT: What is next for you?
Ocoeur: The next for me is indubitably to keep composing in that direction. I think I can shape and express more intimate feelings in this way. For now, I’m involved to create pieces alike the latest and to show off more and more my music on stage. The next is also to compose more frequently for video games and/or movies.

Reversed’ will be out on 25th March via N5md on CD, Limited grey and Limited white vinyl