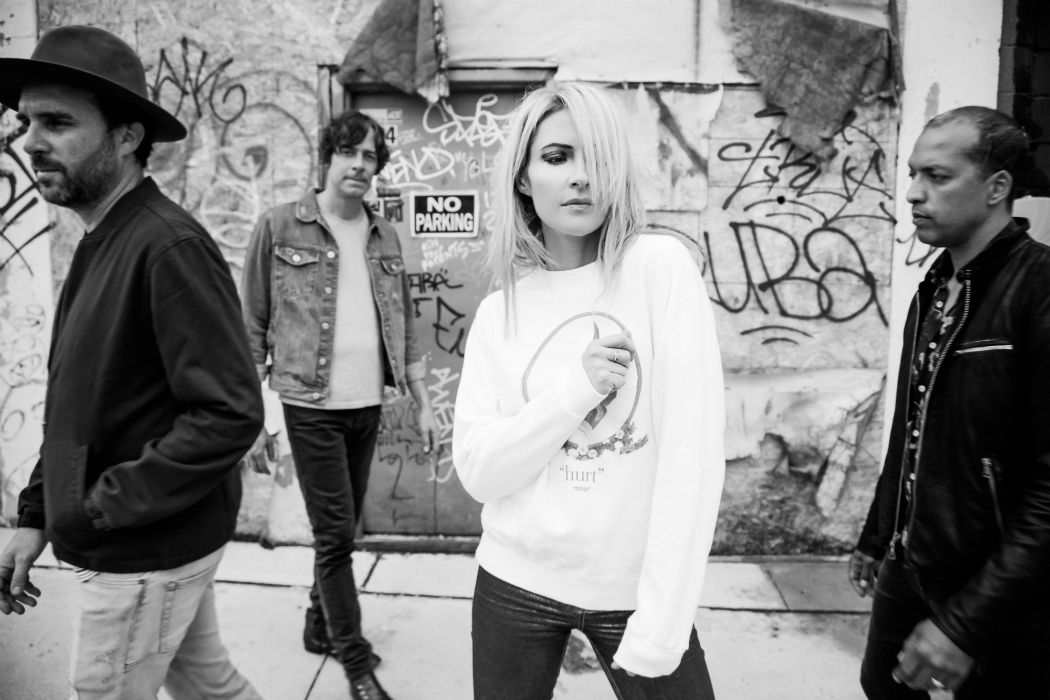 ‘Dressed to Suppress’ is the second release from Metric’s upcoming album due to be released September 21st via MMI/Crystal Math Music. After announcing the new album and debuting ‘Dark Saturday’ just over a week ago, Metric began their 38-day US tour, currently opening for The Smashing Pumpkins until September, and revealed a long list of European dates. ‘Dressed to Suppress’ is delivered alongside the next video instalment from longtime Metric collaborator and award-winning director Justin Broadbent. Closely capturing the bands energy during a live performance, lead singer Emily Haines demonstrates her powerful vocal range amongst the heavy riffs as her silhouette conquers the stage. Offering an intimate look behind the Canadian four-piece’s electric presence, Broadbent’s visuals are a simple but effective interpretation of the ever innovative force that is Metric.

“Lyrically, the song explores the maze of conflicts we encounter in our attempts at finding and holding onto love; the absurd mating rituals we routinely perform; and the vast divide between the desires our appearances can imply and the way we actually feel inside.”, explains lead singer Emily Haines. “Sonically, it’s one of the most intense songs on the album. We’re already playing it live and it’s getting stronger every night. The contrast between the delicate, dreamy opening and the heavy riffs of the verse and chorus match the dramatic emotional shifts we all go through when we allow ourselves to be vulnerable, the push and pull of retaining our own identities in love”.

The new album was produced by Justin Meldal-Johnsen (M83, Beck, Nine Inch Nails) and mixed by Tony Hoffer (Phoenix, Depeche Mode and Air) and recorded at Metrics’ own Giant Studio in Toronto.