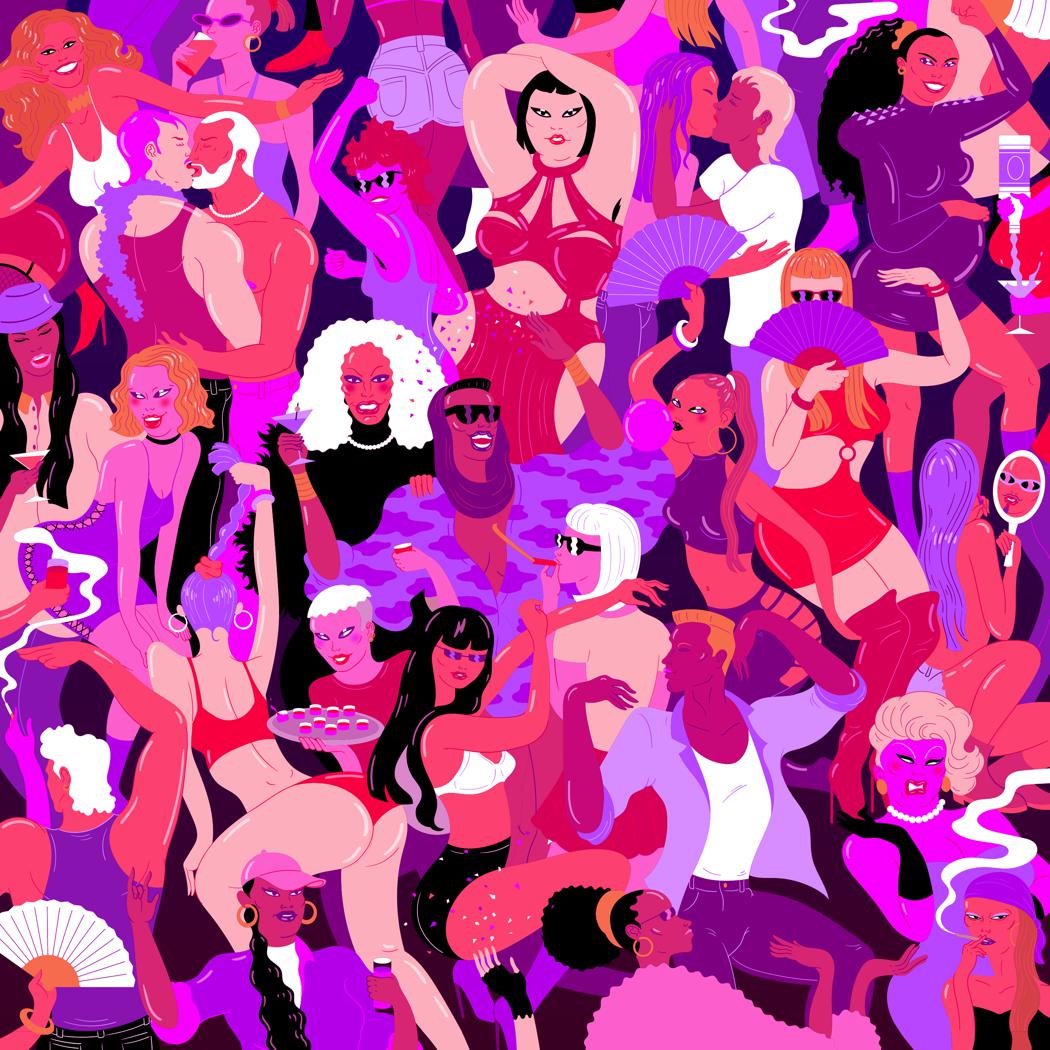 The Italian ballroom scene is vibrant and Milan is under the international spotlight. For his new single “House of Keta”, DJ and producer Populous (aka Andrea Mangia) invited Italian icon, M¥SS KETA, and the pioneer mother of voguing in Italy, Gorgeous Kenjii Gucci, to create a ballroom anthem. Fashion, shady references, and bold runways are the ingredients of this beat that you can’t refuse to dance to.
The day after Milano Pride 2019, the concept of HOK was conceived by DJ and creative director Protopapa, along with Motel Forlanini (M¥SS KETA’s clique) and the producers Riva and Populous. This journey was supported by the help of Gorgeous Kenjii Gucci, an outstanding performer, dancer and choreographer who also acts in the song’s bridge.
Emanuele Kabu, director of the video, says: The main concept behind HOK is a Voguing choreography. This short was made during the Covid-19 lockdown phase in Italy, where shooting professional footage was just impossible. Thankfully, all the artists involved managed to record lo-fi videos on their smartphones, which I’ve used as the starting point for the animation. The quality of the videos was quite poor and most details got lost. This turned into a great opportunity as it forced me to create something from scratch, instead of just tracing the performers’ movements or traits. I wanted to design something wild and beautiful as the people involved in this project. So, when everything around us was getting darker and darker I focused only on all the wild and beautiful things I’ve encountered in my lifetime and I injected some of them into this music video. 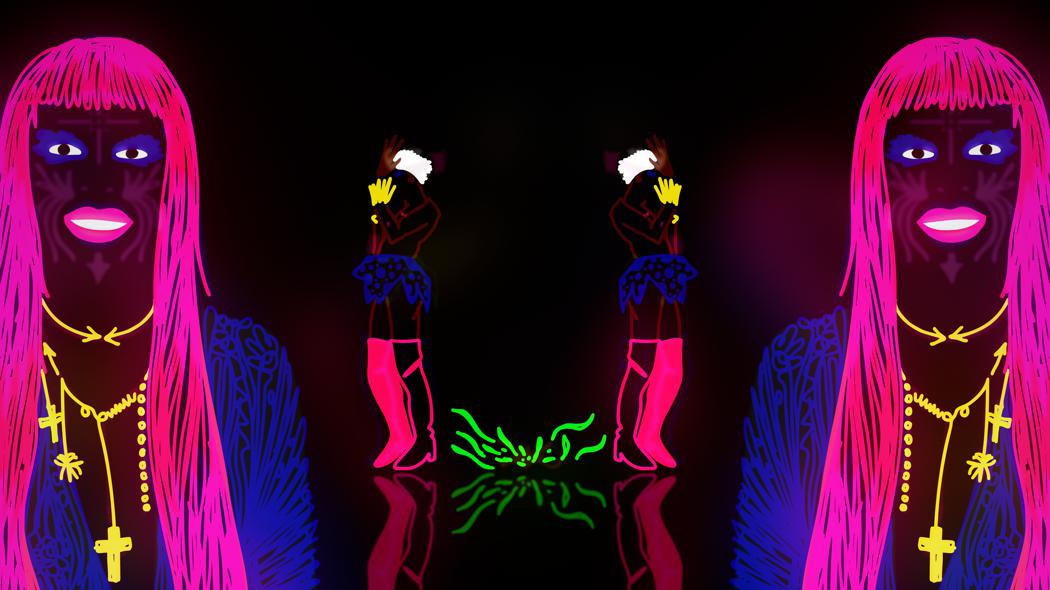 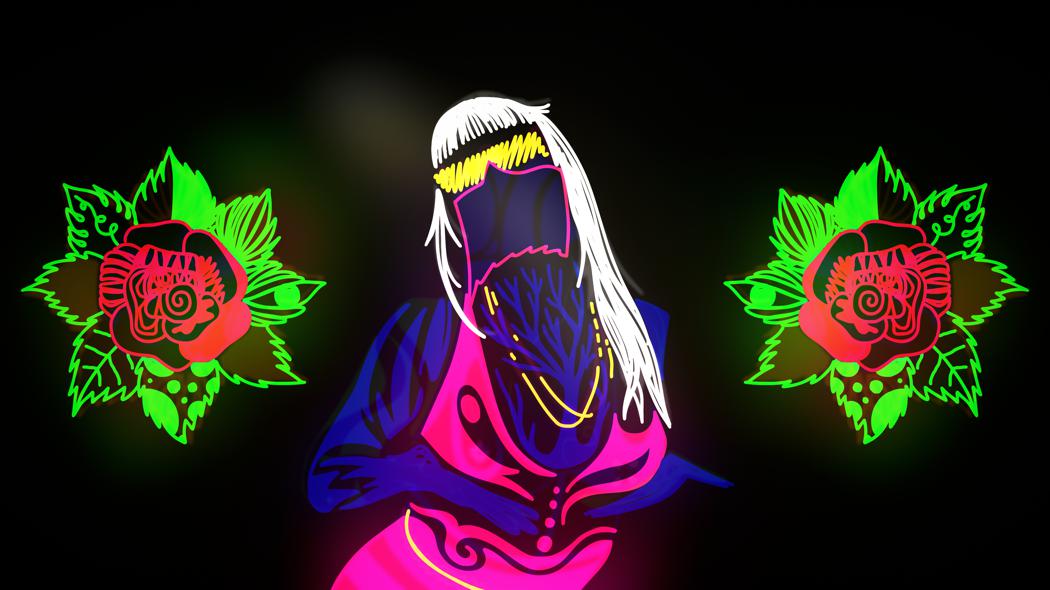 Populous, aka Andrea Mangia, DJ and producer hailing from Lecce, in Southern Italy, is excited to announce his new album “W,” due out May 22nd with tastemaker imprint Wonderwheel Recordings & La Tempesta. The new album “W”, for women, is Populous’ tribute to free and diverse feminine musical imagery. Inspired by women who sing, write, compose and play and for Populous are both icons and friends, hai from Italy, Japan, Argentina, Brazil and Mexico. “W” is also a celebration of femininity beyond stereotypes, less defined by gender rather a common uniqueness that is the perfect response to the uniformity imposed by the machismo still reigning in the music industry. With the new album, Populous has opened up about his queer identity, making his first queer-identifying musical statement. From songs to artwork, he has created a visual manifesto to present feminine musical imagery.
The artwork was conceived together with Nicola Napoli (a digital artist in Berlin’s queer scene) it is, in Populous’ own words, the representation of “a utopian party we would have done anything to be invited to.” An eclectic crossover party, improbable yet coherent, where you’d meet Grace Jones and Missy Elliott, Loredana Bertè and RuPaul, Aaliyha and Amanda Lear, Beth Ditto and Divine while dancing to shamanic house, digital cumbia, vogue beat and glitch electronica. Populous is accompanied on each track by the independent artists he admires most: Sobrenadar, Kaleema, Sotomayor, Emmanuelle, Barda, Weste, Cuushe and the Italian M¥SS KETA, L I M, Matilde Davoli and Lucia Manca. Collaborations born of discovering one’s sexual freedom, from perpetual motion, from constant traveling, physical and musical. With a background in musicology, Populous is known for his global approach to music-making. He has always been interested in disparate genres and styles of music, which is reflected in the output from the Populous project and its focus on Latin American sounds as refracted through a European lens. In 2003, Mangia made his first jaunt into the music world with the album ‘Quipo’ (via Morr Music), followed by ‘Queue For Love’ in 2005. Influenced by his reggae/hip-hop-infused surroundings (Lecce is known as Italy’s Jamaica, as reggae and dancehall are extremely popular there) he released ‘Drawn in Basic’ in 2008, which was well received by international critics, earning him a spot on the global dance music map. The 2010s have seen Mangia refine the Populous sound with albums like ‘Night Safari’ (Bad Panda Records) and ‘Azulejos’ (Wonderwheel Recordings / La Tempesta), while also expanding his role as a sound designer for fashion houses such as Gucci, Vivienne Westwood, Isabel Marant, and Elie Saab, among others. ‘W’ releases May 22nd. 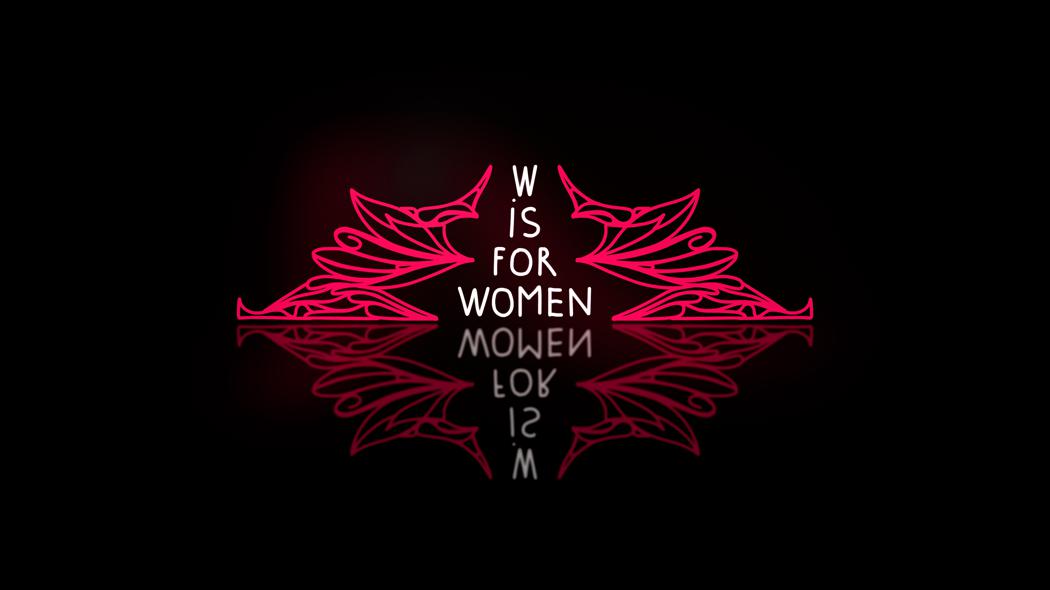