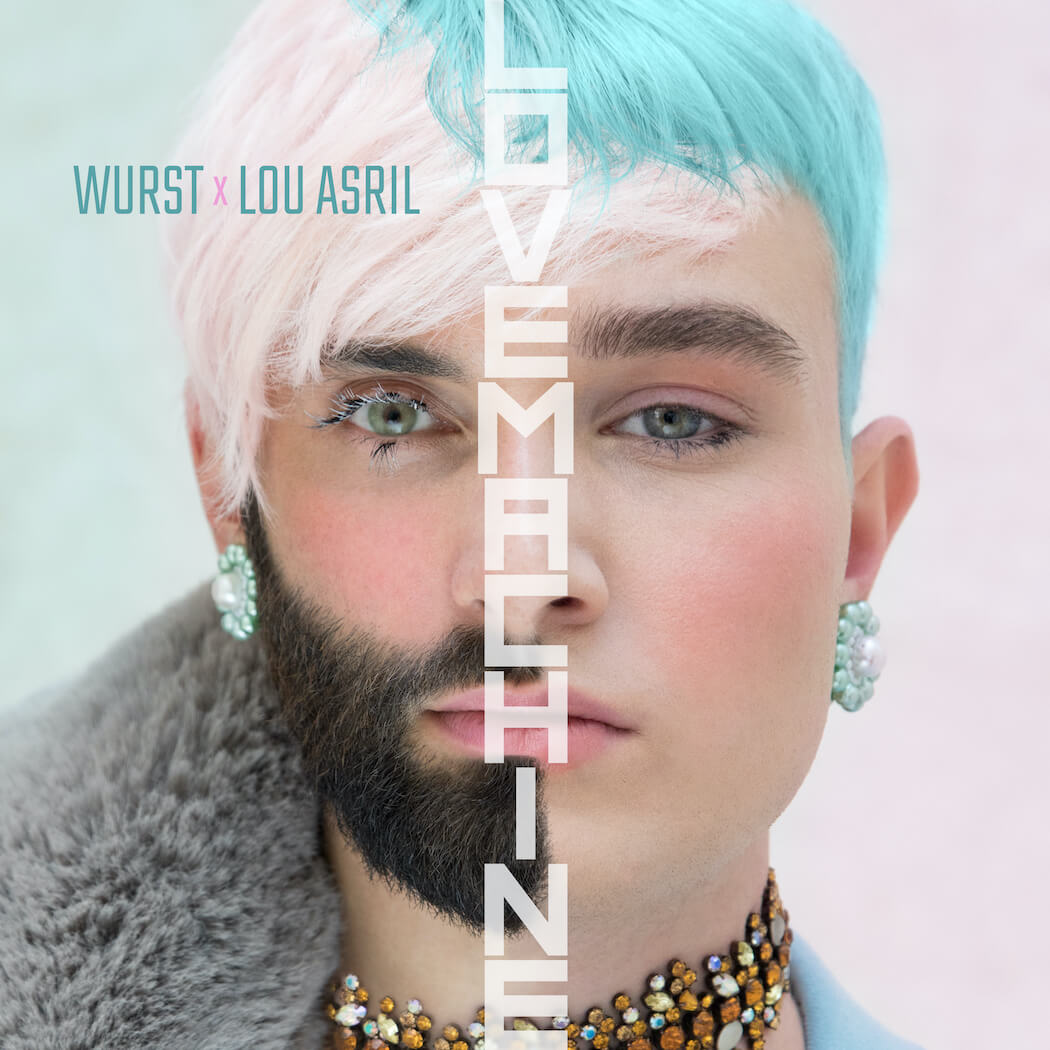 On the occasion of the Amadeus Austrian Music Awards, which celebrated the double anniversary of 20 years of Amadeus and 50 years of Austropop on 10 September, (Conchita) WURST and LOU ASRIL today jointly release a progressive cover of the 1977 Austro hit “Lovemachine” by Supermax. Already in 1977 the musician and producer Kurt Hauenstein published the disco number with his internationally successful project Supermax, which was successful worldwide and even landed in the charts in the USA.

Lovemachine is perhaps the most un-Austrian Austropop number because it is English-speaking and far away from usual Austropop sounds, but neither WURST nor Lou Asril are known for conventional musical taste. The disco number of Austrian producer Kurt Hauenstein, who was already able to show his creative potential with his project Supermax at the end of the seventies in the conflict between success and entry bans for the tour in some countries, has been transferred to the electronic world of WURST’s current work for the new release and enriched with Lou Asril’s velvety soulful vocals.

The result is a progressive electronic cover version of the Austro hit with its unmistakable bassline and the beguiling mix of Tom Neuwirth’s vocal colour and that of Lou Asril, the young man with a penchant for soul and R&B. The fast-paced new edition of the 43-year-old and by no means outdated number was produced by Edo Mjusik in Vienna, who is also touring with WURST as a live DJ, and is released by Sony Music Entertainment Austria.

The music video for Lovemachine was shot in the summer at the Leopold Museum in Vienna. For the Amadeus Austrian Music Awards, the two artists staged a live version, which premiered as the opening of the TV show on ORF. Tickets for the planned live concerts of the “Truth Over Magnitude” tour in Austria, Germany and the Czech Republic in early summer 2021 are already available on the artists’ website.