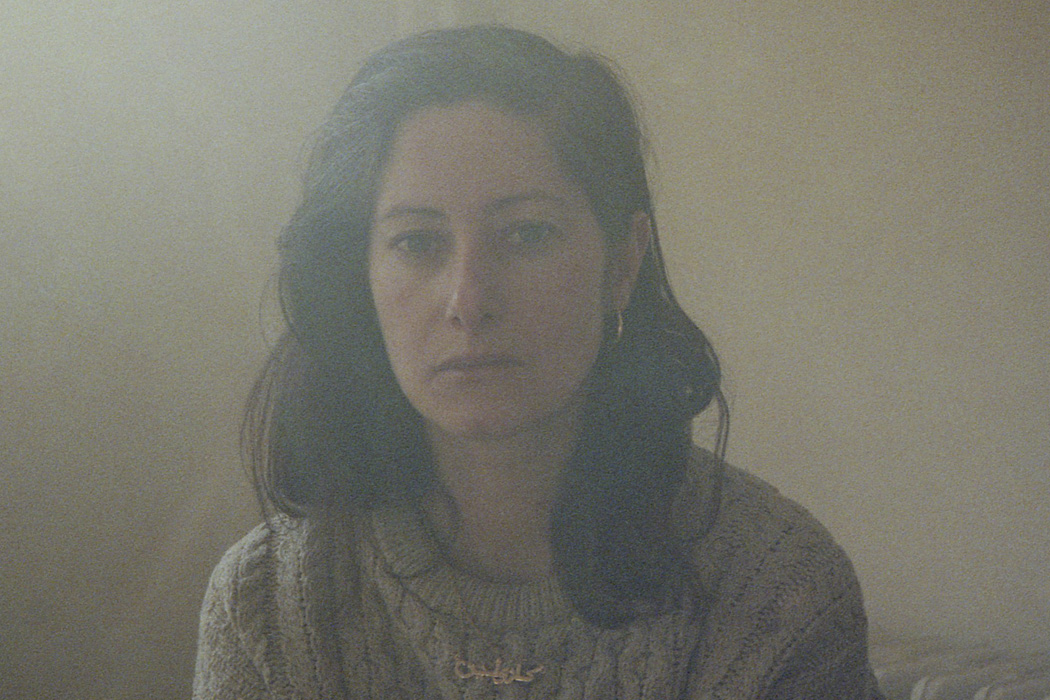 MAUD is a project by Berlin based composer and producer Caroline McCarthy. February 2015 saw the debut release of Broken March, a four track EP co-written and produced by Vika Kirchenbauer, mixed by Daniel Boyle and mastered by Doug Henderson. Written and recorded between Berlin and Ireland, MAUD’s approach to music is stripping it back to the basics of simple, delicate percussion, layered with soft, poignant vocals. Berliners, don’t forget to see MAUD this MAY 20th at ACUD MACHT NEU supporting Gabi from Software Recording Co.!

MAUD: Since 2007 I have been composing sound for film and wanted to try out new things incorporating my voice. As a result MAUD was conceived and after writing the bones of my first EP, artist Vika Kirchenbauer and engineer/musician Daniel Boyle came on board. On February 9th Broken March went online on via SoundCloud.

KALTBLUT: How do you approach producing your own music?

MAUD: I don’t really have one particular approach to production. So far I have quite a minimal set up at home with keys, samplers and a computer. Often I record sessions and then leave it enough space to go back and select what resonates with me. I re work those ideas until they make sense or until I simply can’t listen to it anymore and sometimes there are those golden moments when a song is formed in a matter of minutes. It’s a matter of trial and error. There is always room for improvement.

KALTBLUT: Has there been anyone or anything that has severely influences your sound?

MAUD: I don’t particularly have ‘one’ sound so to say. If you listen to the tracks on Broken March there is an emotional thread in the vocal which binds these tracks together, perhaps because they were written during a certain period of my life which came with it’s own set of experiences and where I was still figuring out how to use my voice. Musically the style is quite varied and the sound is always evolving, mirroring my environment and sense of place.

KALTBLUT: Tell us more about your Broken March EP

MAUD: Broken March took quite a while to see the light of day. I thought I had waited too long with these songs as they were written and recorded in 2012. Initially I envisioned the project as having more members and so after meeting with Daniel and Vika there was a new lease of energy. I wanted to move on and I guess Broken March was my first attempt at letting go and doing so.

KALTBLUT: What was the idea behind the video Convenient, Sacred, Blessed? Is the director a close friend of yours?

MAUD: Yes the director is Berlin artist Vika Kirchenbauer a friend of mine. The idea to the video is very closely connected to the actual track where the the main element of percussion is actually a sample of Vika slapping her stomach and buttocks. For the video Vika and Rita then performed tapping/slapping in its ambiguity as something almost task-based and ritualized, a form of affective labour maybe. Vika says she sometimes perceives tenderness as a place where gestures stand in for emotional depth without demanding it. That again very much relates to the first line of the song “Convenient is the heart that you wear in the morning”. Most of the conversations we had around the time of writing lyrics for Broken March somehow had to do with emotional attachment and the ways we find to avoid it.

KALTBLUT: Were you excited for the video to be part of the Internationale Kurzfilmtage Oberhausen MuVi competition?

MAUD: It’s actually my second time participating in the festival. I composed the sound for Shadows Inside by Berlin artist Moana Vonstadl which was awarded the Jury Special Mention in 2010. It’s an interesting platform to exhibit work and there is a great sense of community there. In 1999 the festival introduced the world’s first festival prize for a music video made in Germany so yes it is exciting for us to be a part of that.

KALTBLUT: Do you have any artists that you’re interested in at the moment?

MAUD: At the moment I am listening a lot to Dome from 1981, a project from Bruce Gilbert and Graham Lewis who went on to form Wire.

KALTBLUT: Would you collaborate with anyone?

MAUD: Yes, always open for new things if the energy is right.

KALTBLUT: Is there anything new that you’re working on at the moment?

MAUD: I recently finished a soundtrack for Berlin based Portuguese artist Rita Macedo. Her new video THIS PARTICULAR NOWHERE – part I – ‘Some of Wigner’s friends’ just premiered at IndieLisboa film festival on April 30th. At the moment I am working on a follow up EP.

KALTBLUT: Can we expect a few gigs soon?

Broken March is out now!