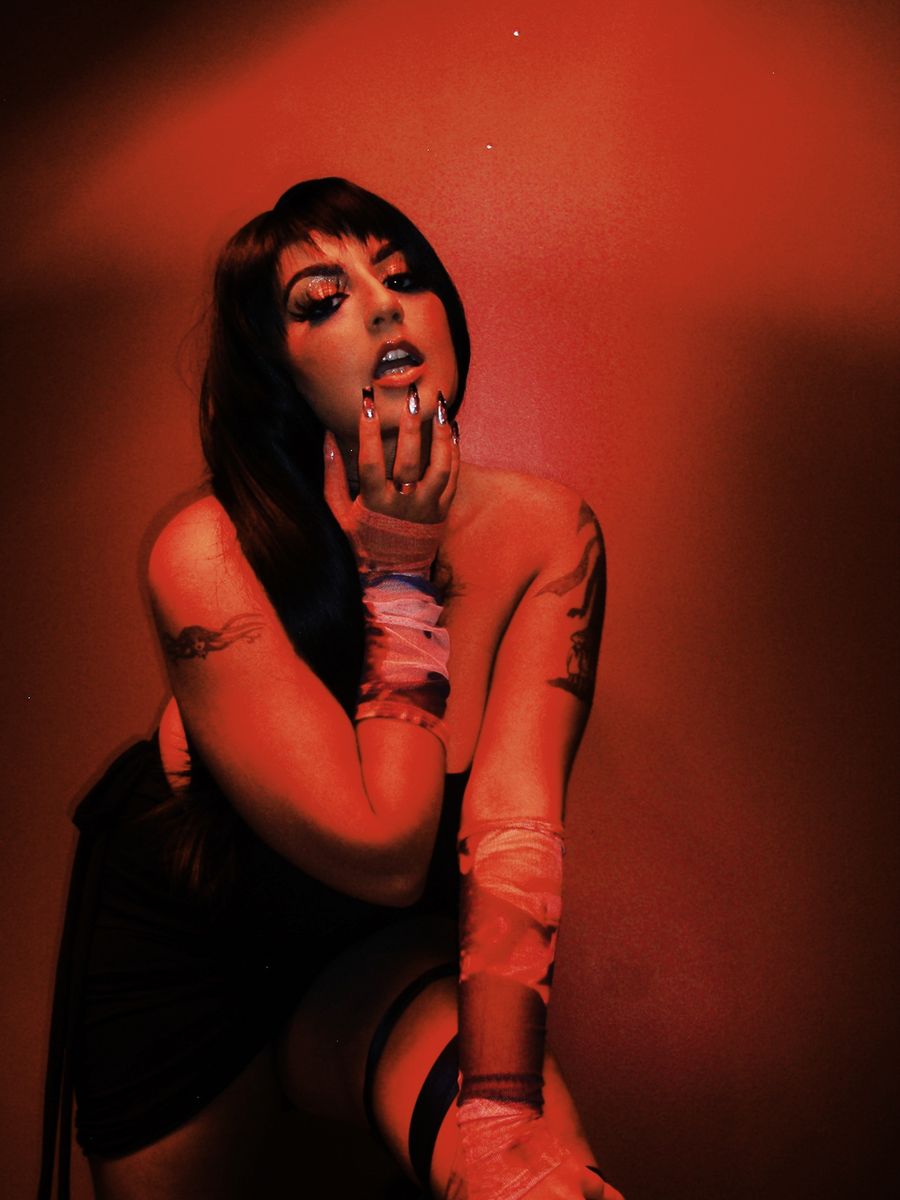 Chippy Nonstop has recorded this weeks exclusive 60 minute mix filled with a diverse range of genres blended together beautifully. The energetic mix is perfect for the hot temperatures and the slow process of reopening, amplifying the excitement for when we’re finally allowed to dance again. The Canadian producer has just released her studio album alongside dj genderfluid, called Chippy Nonstop & dj genderfluid. Listen to Chippy’s vibrant mix and read our Q&A below.

KALTBLUT: Hey Chippy, thank you for recording an exclusive mix for us and very belated congratulations on your album release. Can you tell me a bit about this mix?

Chippy Nonstop: I just had the music video for my song “To Myself” drop, so I really wanted to make music that inspired the feeling and energy behind the song.

KALTBLUT: You’ve recently released your highly-anticipated studio album with dj genderfluid. How did this collaboration come about?

Chippy Nonstop: It just came to us, honestly I just had a bunch of ideas of what I wanted to do and I really wanted a musical pivot and I knew dj genderfluid and I could do it.

KALTBLUT: You’ve released the album into the pandemic with almost all clubs shut globally. How has the response varied compared to previous non-pandemic releases?

Chippy Nonstop: Well I haven’t released a full project in years, that is like this, so I don’t really have anything to compare it to. I obviously wish I could be playing and touring the album right now though, but I’m still excited to be able to focus on the visuals and directing the music videos for it.

Chippy Nonstop: Intersessions was created as a place for women to come together and share their experiences and skills from the music industry. It has now evolved into something for everyone. It is for marginalized groups who don’t feel welcome in the industry and don’t have the financial or social means to break into an industry with an extreme amount of gatekeeping. Before the pandemic we were doing workshops for DJing, club safety, production, event production and so many more.

KALTBLUT: Obviously the music industry has changed massively in the last couple of years, yet I’d say it’s still pretty male-dominated. How was Intersessions perceived when you first started it, and what changes have you seen in the industry?

Chippy Nonstop: When I first started it with a few other friends, I feel like everyone thought it was such a groundbreaking concept, but now I feel like there are many initiatives like this, which I am excited about. In my immediate world the industry has changed because our community takes care of each other, but looking at the bigger picture, there is still a lot of work to be done.

KALTBLUT: And lastly, what’s next for Chippy Nonstop?