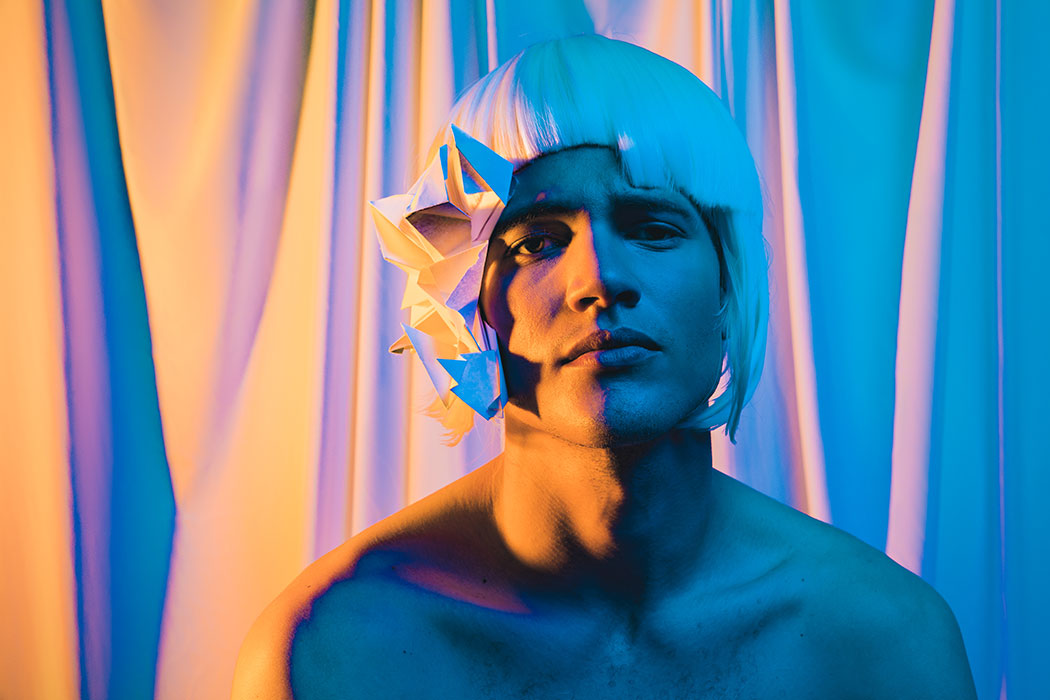 A KALTBLUT exclusive. Creative director and stylist K8 McKay teamed up with photographer Greg Gainor to shoot model Trey Anderson for GAMI. There is something a bit casual about the draped background and table. Slouching silhouettes worn half way down the body, like a traditional greek sculpture. But there’s something hard, lined and graphic about the face. It’s the white paper, reminiscent of origami. Two traditional shapes, hard and soft, meet within the confines of this frame, set in neutrals. Positions are curving, lost and far away. Make up by Kendra Powell. Hair done by Julia Savitskaya.