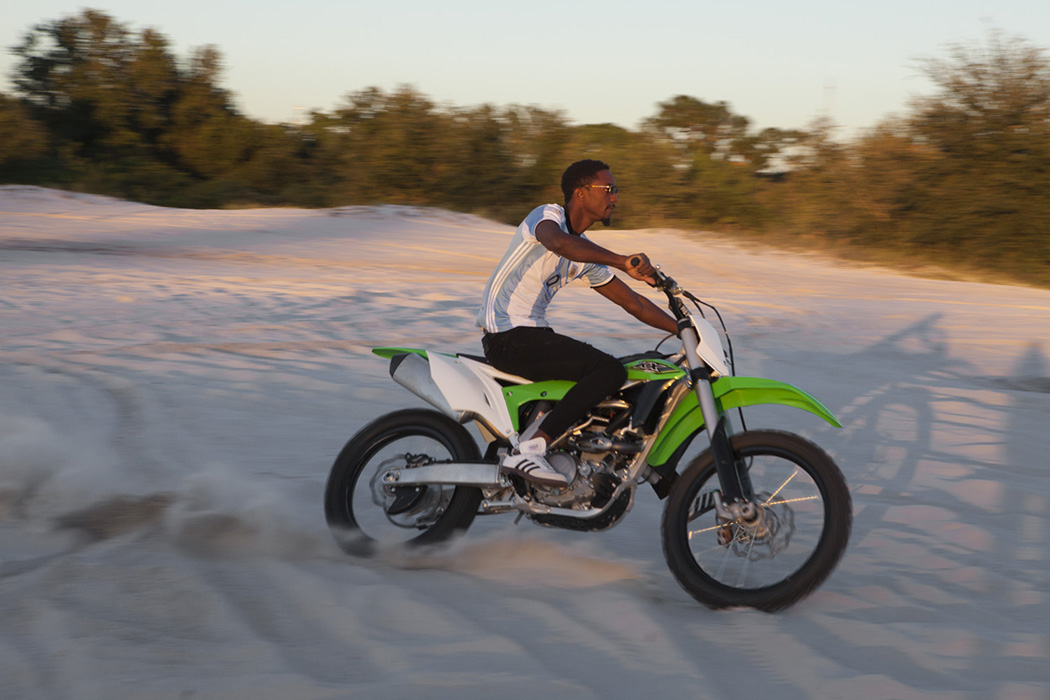 A KALTBLUT exclusive photography series by Elsa Kostic. Born in Paris in 1990, she is based there when she is not going all over the world. After graphic design studies, she chose photography to express herself. Wanderer and nomad, it’s while traveling and discovering new cultures which allow her to tell personal and spontaneous stories, in a raw and poetic style. “After spending 6 weeks in Miami, one thing kept being stuck in my mind; the city is probably going to disappear in a few years! Indeed, the sea level is increasing since 1950 for at least 50 cm. As strange as it sounds, nobody seems to pay attention to it : hotels keep on being built on the coast and the whole city is under construction… @miamiskeet is one of the main members of a motorbike crew based in Miami. Today they represent the Caribbean culture in the US, getting people mad on social media by doing rear wheels on the highway. I decided to decontextualize them, representing the crew in a poetic and melancholic way, showing how the last ride could feel before the evacuation of the city.” says Elsa about her project.