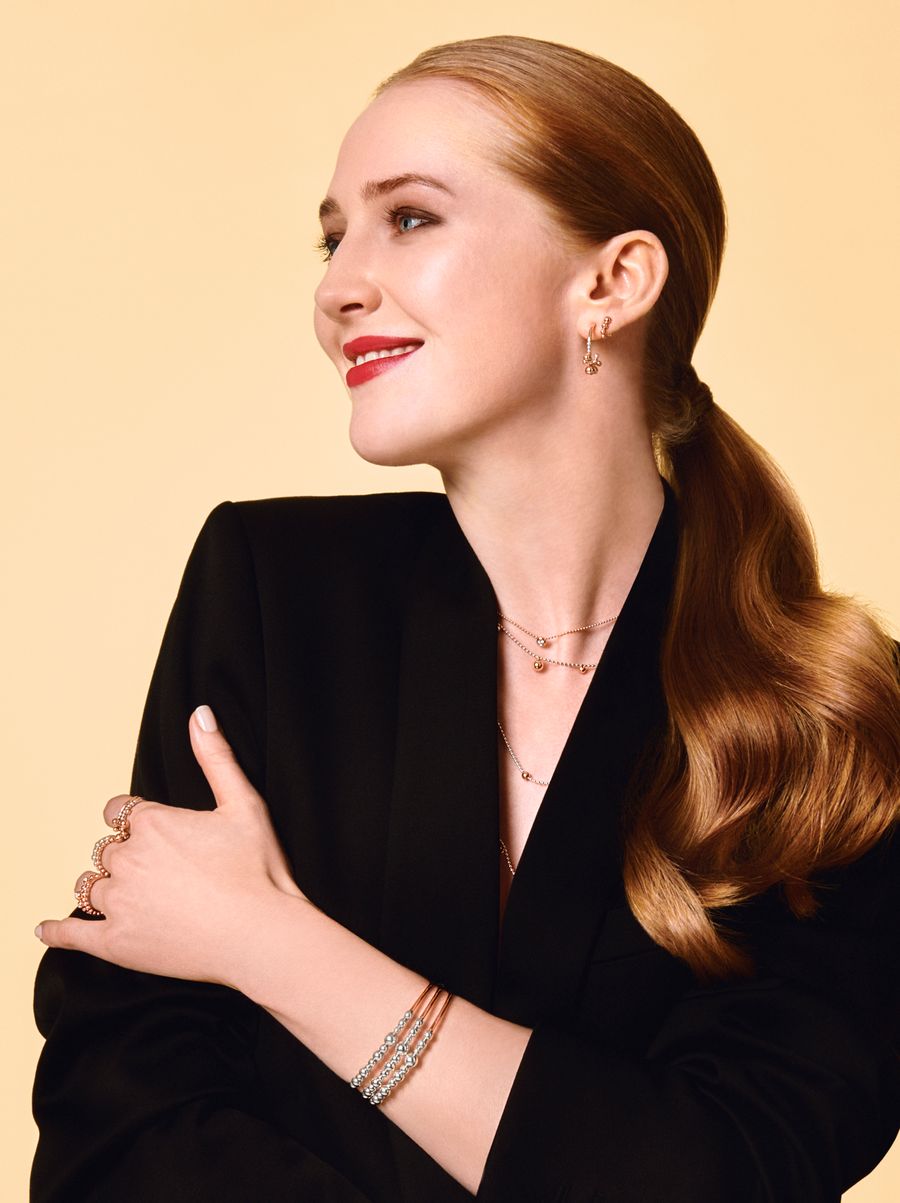 The actress Gina Stiebitz, who became known internationally for her role as Franziska Doppler in the Netflix series “Dark”, is the new face of the jewelry brand and sets it apart from her young, expressive and mysterious side in scene. 2021 will be a crucial year full of expectations for all of us.

DoDo embraces this energy wholeheartedly with plenty of optimism and transforms itself in the course of its new identity. With a new campaign, new boutiques and new jewelry collections, DoDo brings its values ​​- sustainability and inclusivity – to the fore and continues to spread heartfelt messages of love, friendship and freedom through its famous ‘speaking charms’. 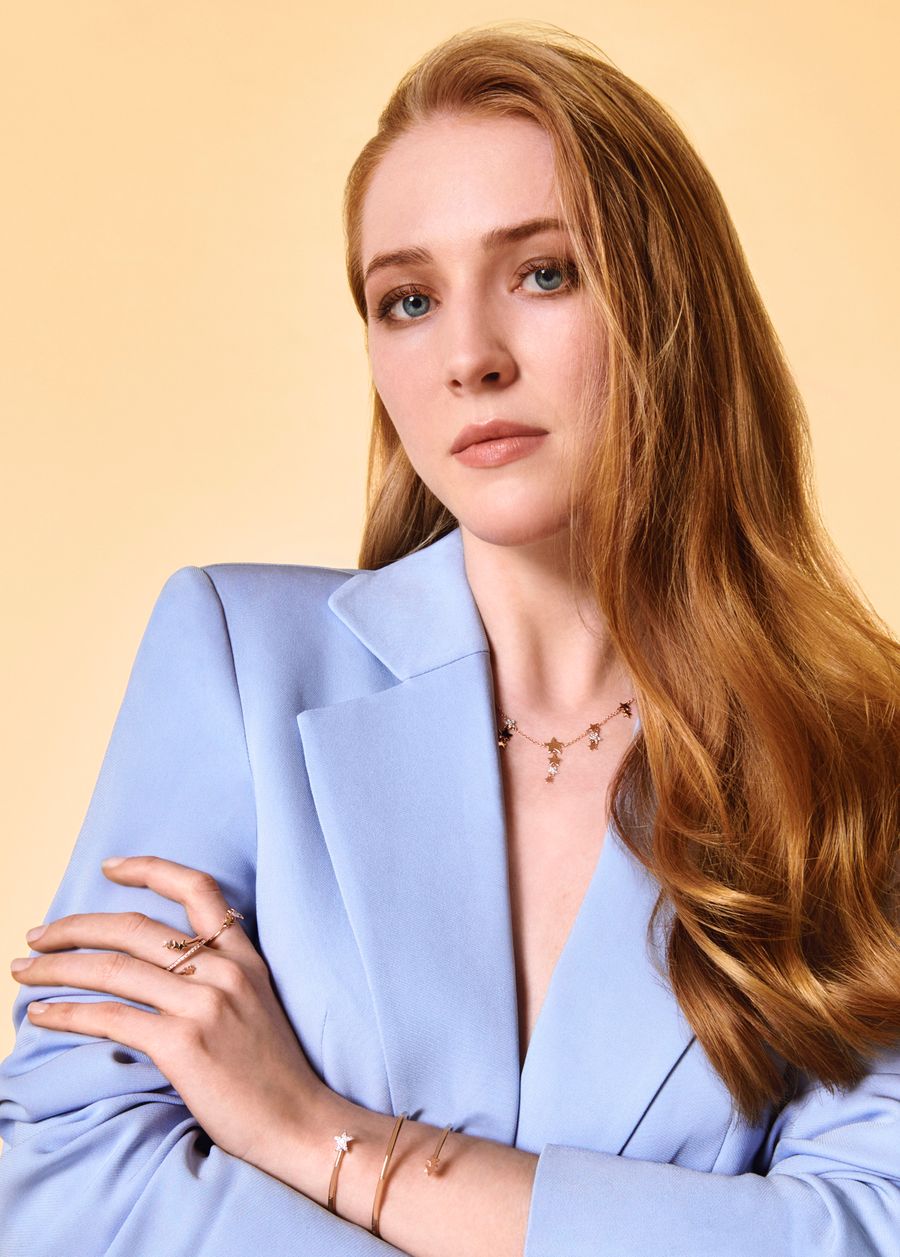 The collaboration between the Berlin actress Gina Stiebitz and the Milanese jeweler DoDo is a ‘Match Made in Heaven’. The young actress is one of the most interesting young talents in German-speaking countries. DoDo chooses talents like Gina Stiebitz’s because they reflect a new generation and the open minds of the brand: Both are almost the same age, Gina Stiebitz was born in 1997, DoDo was founded in 1994 by the Italian jewelry brand Pomellato.

Both love it expressively: In addition to her work as a film actress, Gina Stiebitz was also active in the theater and loves large and small gestures to give character to a role. Like in the series Dark, where the atmosphere of David Lynch’s “Twin Peaks” condenses with the most mysterious novels by Stephen King. Gina has a strong stage personality who is very early on in the Expressed desire to perform in front of people: a kind of enfant prodigé who could sing, act and dance with nonchalance in front of an improvised audience. Dodo is known for its expressive charms and jewelry, which fans of the brand put together as they please to express their personality. 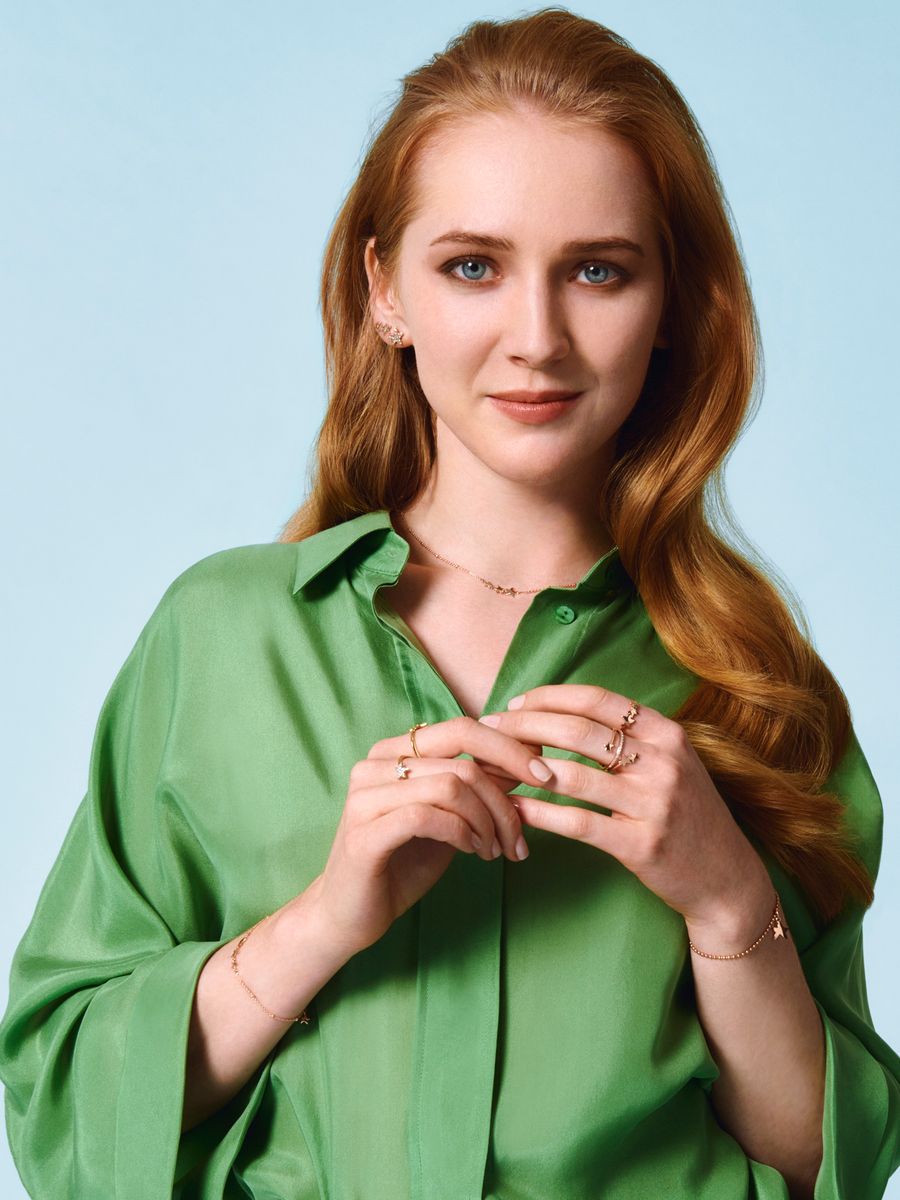 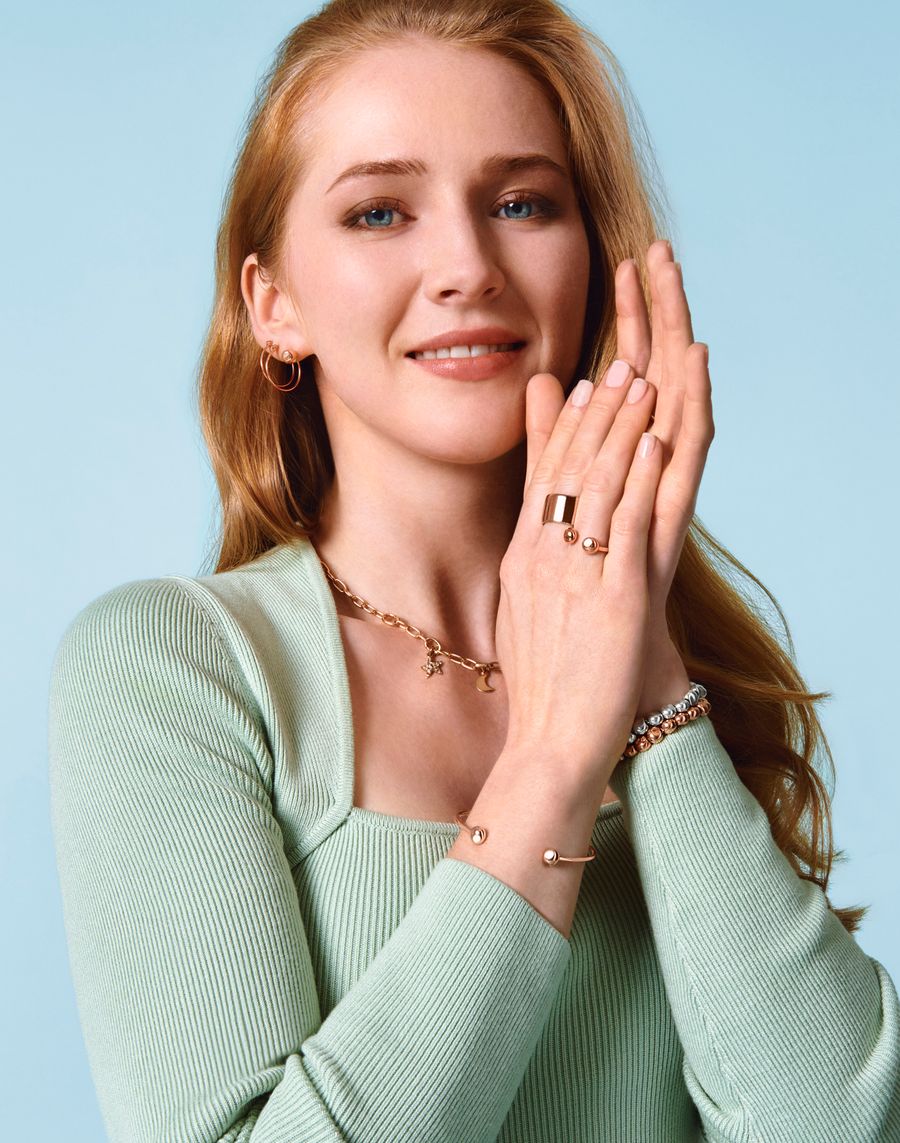 Inclusiveness, empathy, unity, acceptance, saving the planet and empowerment are essential values ​​for DoDo as well as for brand ambassador Gina Stiebitz.

“It is an honor for me to have been selected by Dodo as ambassador for Germany. I love the aesthetics of the jewelry lines and very much support the brand’s core values ​​such as sustainability and inclusivity. Traveling to Milan and working on set with Dodo and the team on the campaign was an absolute pleasure. Everyone was incredibly friendly and welcoming and made me feel part of the whole Dodo family, ” said Gina Stiebitz.

A total of three collections are planned for the year – Bollicine, Stellina, Holiday – in which Gina Stiebitz plays a leading role. The first, “Bollicine”, unfolds around the iconic DoDo line “Bollicine”.

The noble Bollicine creations are the new must-have, thanks to their versatility, their uncomplicated portability and their characteristic DoDo-chic. Designed for layering, stacking and skilful mix & match, the line embodies joy and movement with elegant, feminine balls and shimmering metal combinations and a touch of everyday elegance.

The second, “Stellina”, is truly the star collection from DoDo and a favorite among DoDo fans and is now becoming its own jewelry line. Their organic star shape shines with precious gemstones and Diamonds on fine and elegant chains, evoking a young and modern style with their contemporary design. 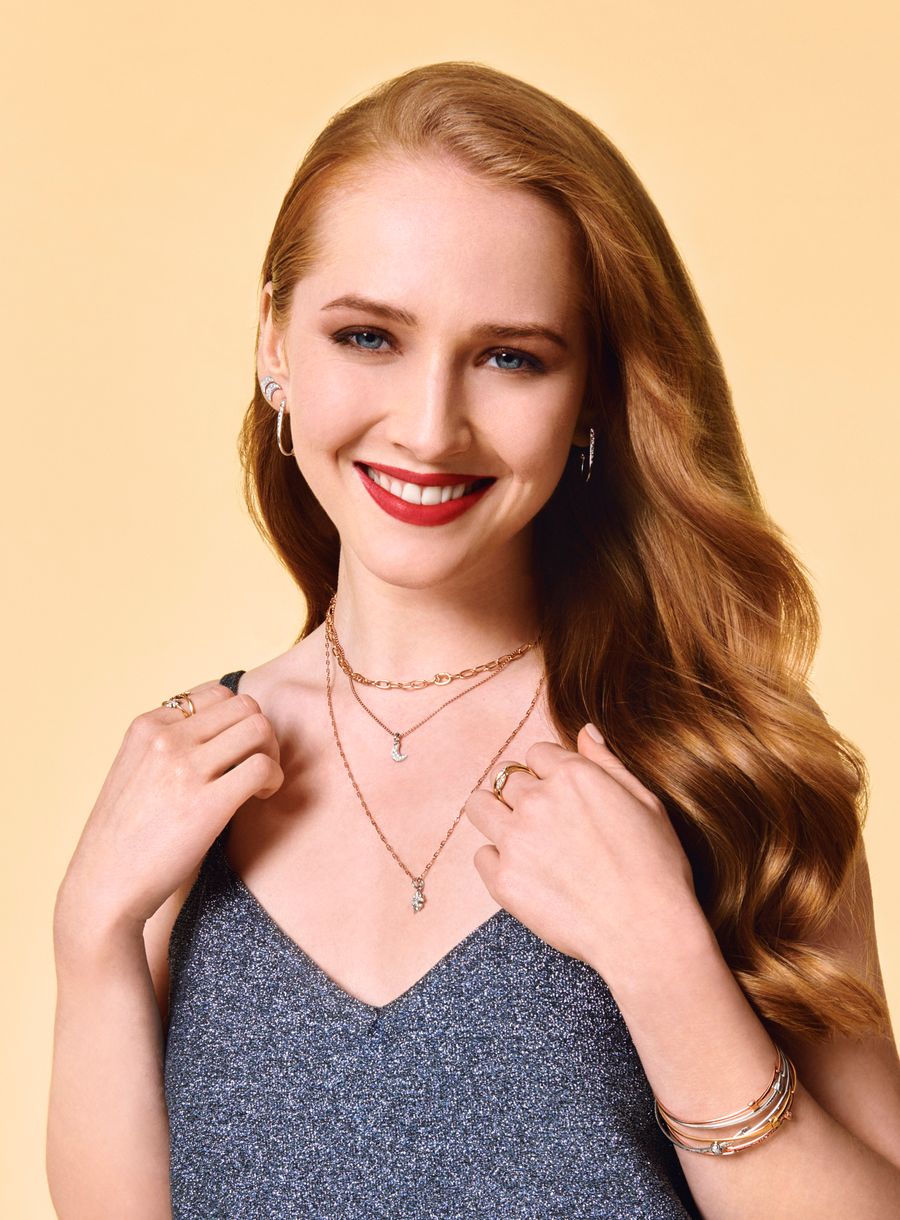 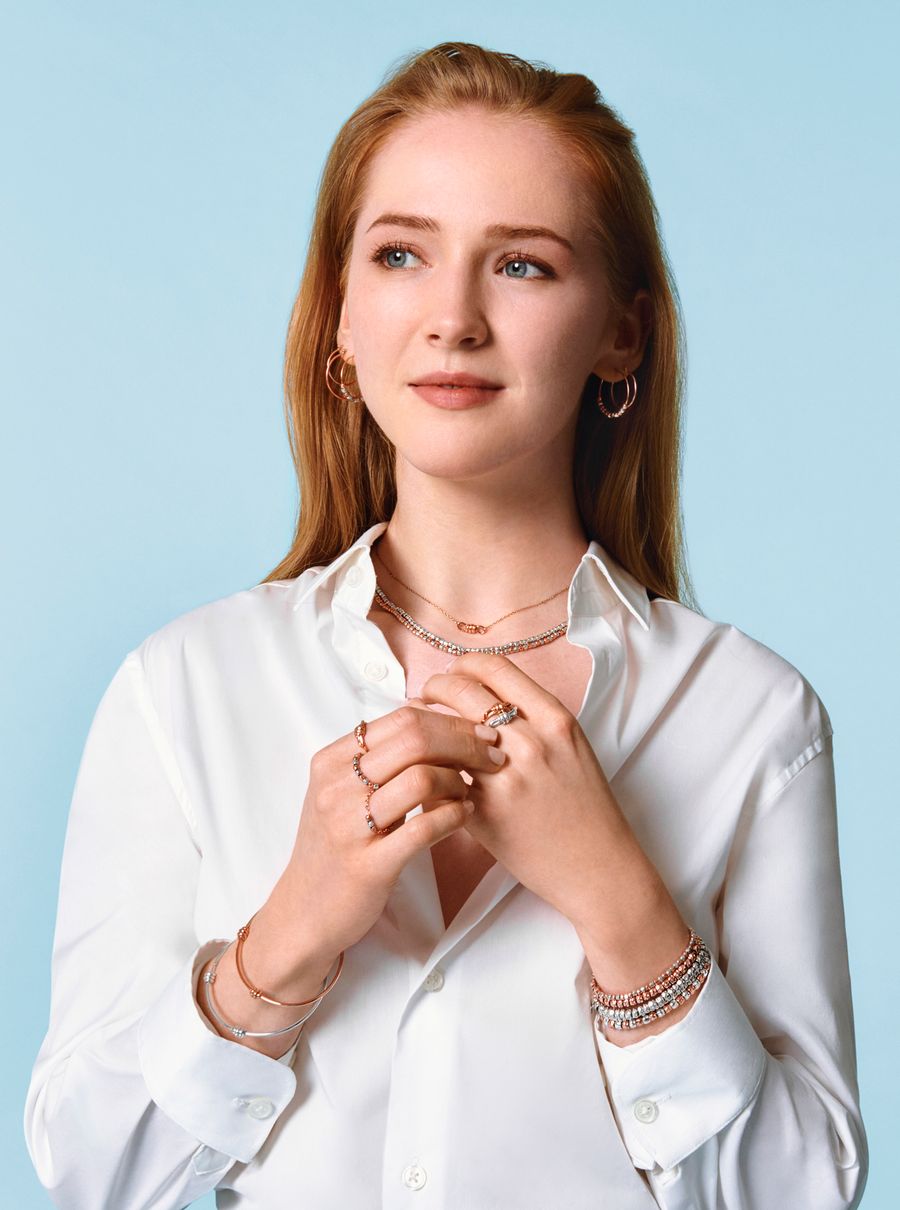 The “Holiday” jewelery will follow last in December. DoDo introduces the precious diamond versions of its iconic Charms Heart, Moon, Clover and Star. A sleek look is achieved with geometric Forms counteracted. In addition, the personality of the wearer can sparkle and shine!