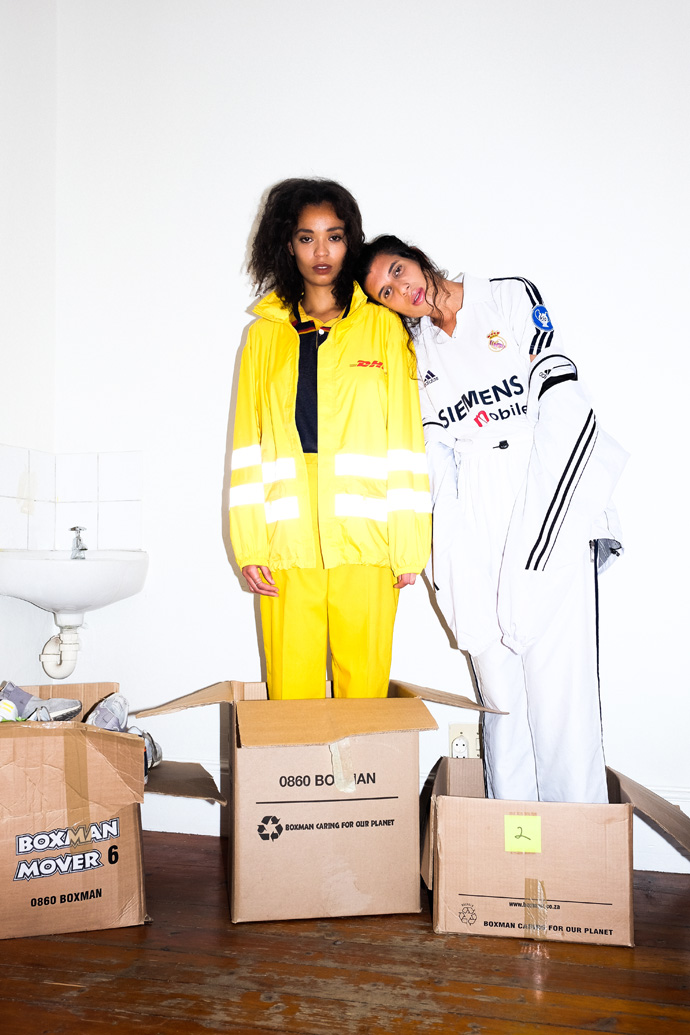 A KALTBLUT exclusive editorial. Photography by Hana Sho. Models are Buck Whaley signed at My Friend Ned and Qiniso Van Damme at My Friend Ned. Make-up by Qiniso Van Damme. All garments were sourced from Vintage and The City. “This editorial, with garments sourced from Cape Town-based vintage store, Vintage and the City, was inspired by the concept of movement. The editorial was captured by local photographer, Hana Jayne Sho, with styling and creative direction by myself, Buck Whaley. When conceptualising this shoot, I drew inspiration from the boxes in my bedroom, of which were there due to the fact that I was moving house. In order to extend this idea of transition, active progression and change, I chose to style the shoot with sports luxe garments.” 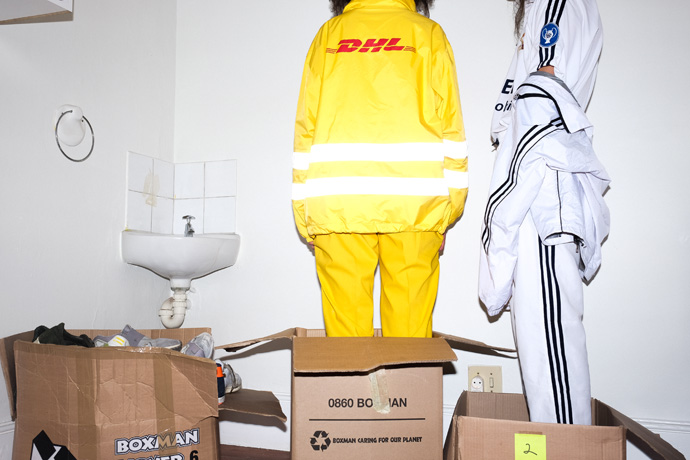 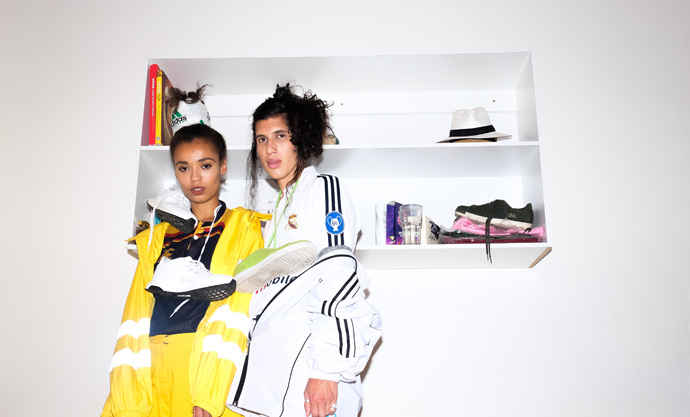 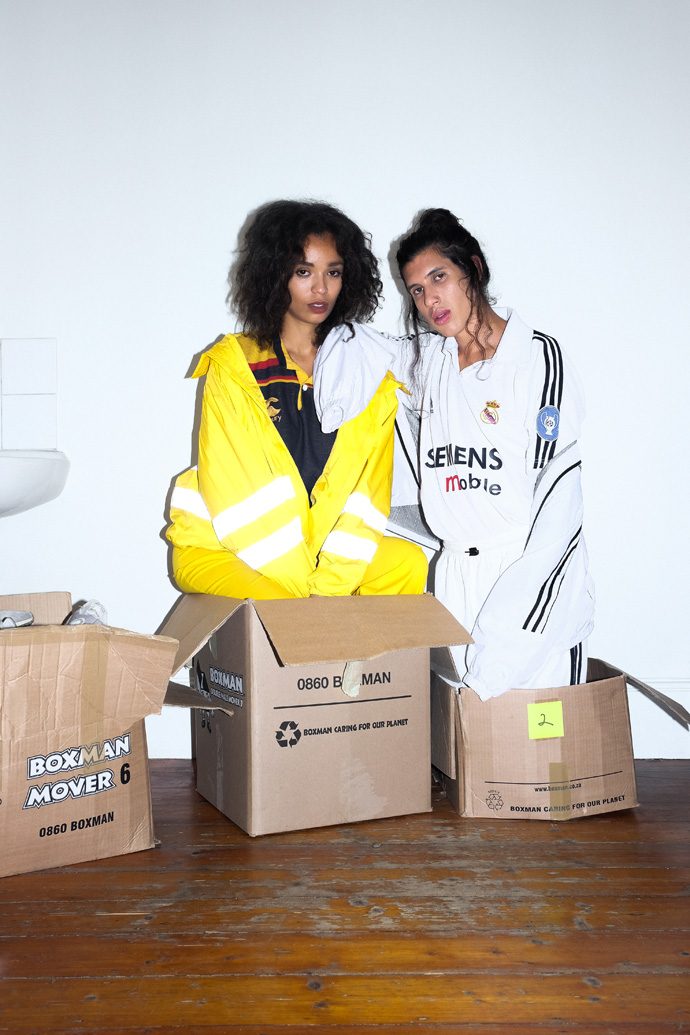 “Sports luxe garments conventionally allow for the wearer of these garments the ability to move freely and actively whilst simultaneously embodying a clean and edgy style. In choosing to style the shoot with these garments and place the boxes from my bedroom within the frames, my aim was to not only comment on the intersection between sportswear and style, but to entice the viewers of the images to think about the multiple ways in which we move, be this the shifting of our personal spaces or the fluidity of our bodies. The Vetements-inspired DHL jacket, complimented by the all-white Adidas tracksuit, further highlighted the concept of movement. 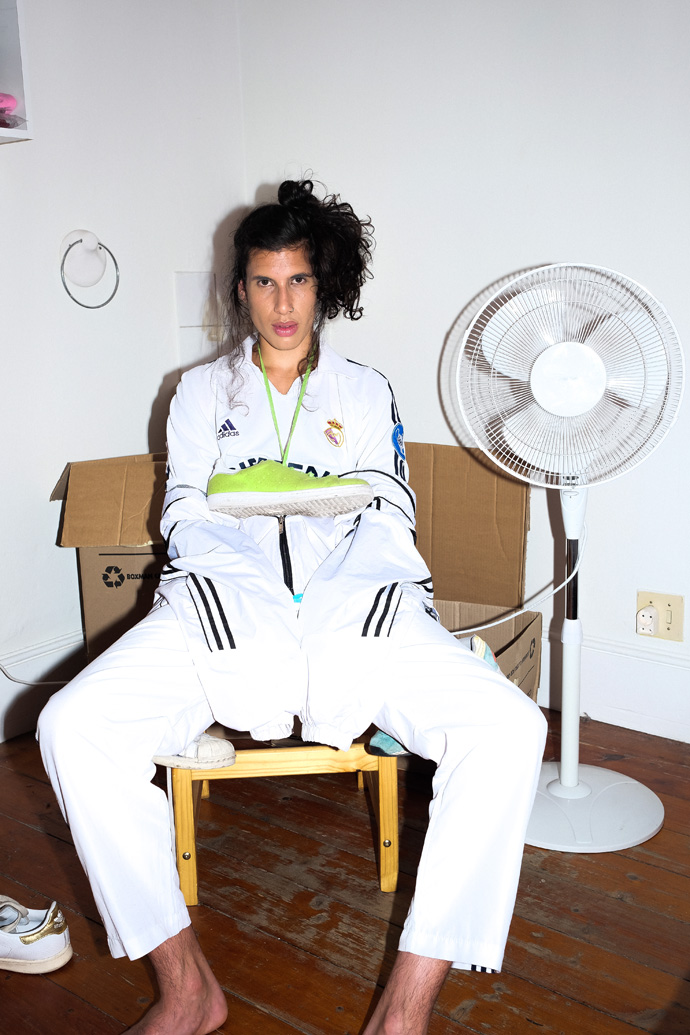 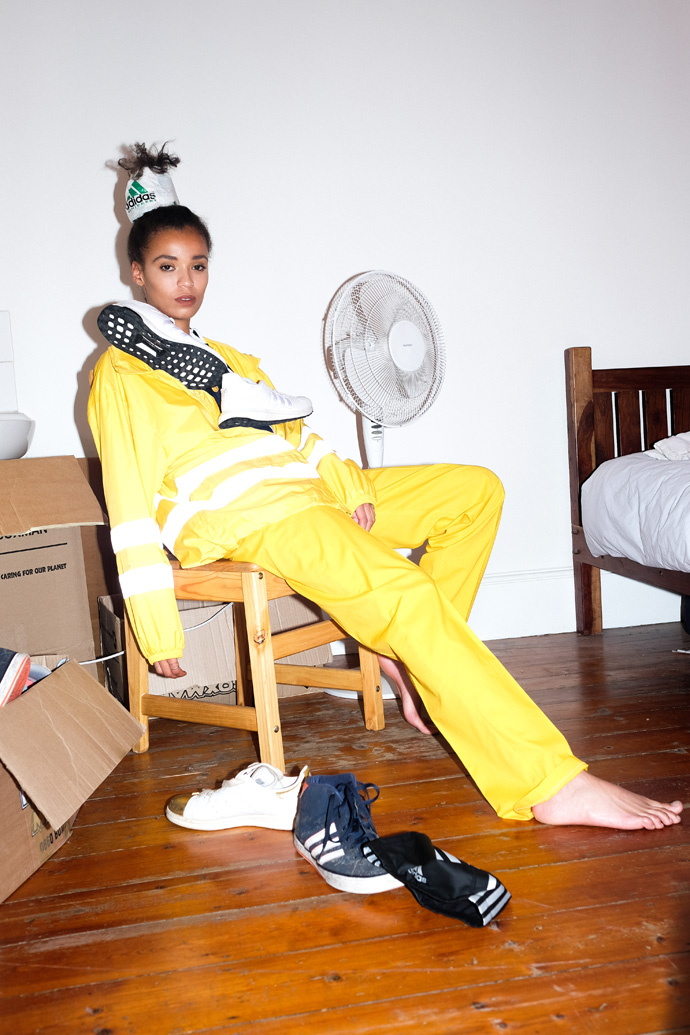 During the shoot itself, the concept not only held strong through the subject matter provided but there was a constant flow of ideas being thrown into the air by all who were involved – one could say that our ideas were fluid throughout, constantly illuminating the concept of the shoot.  The mood conveyed in the shots is one of ambivalence and near sadness. This mood plays off the notion that movement, where it is from one place to another, or from one state to the next, is always an uncertain, uncomfortable feeling. This feeling, partnered with the models’ messy hair and sad boy aesthetic compliment the unwillingness one often feels with regard to change and movement of body and self.” says Buck Whaley 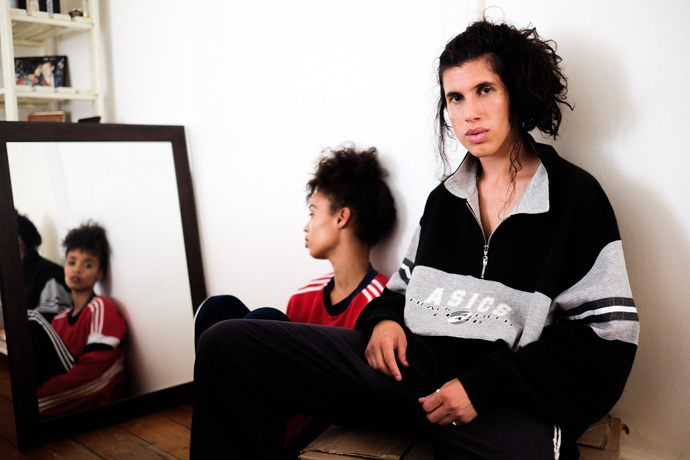 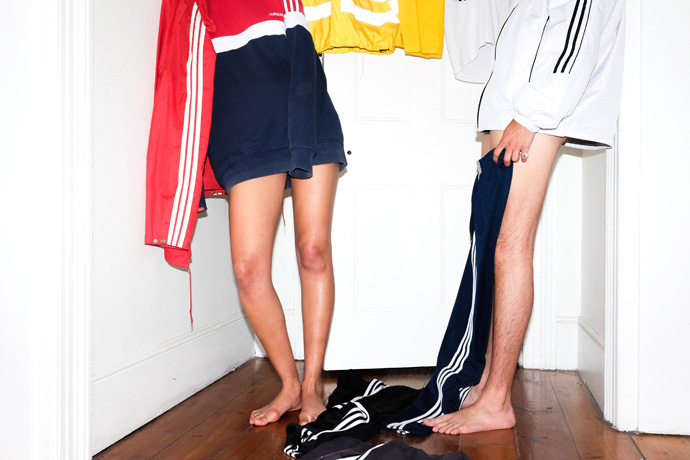 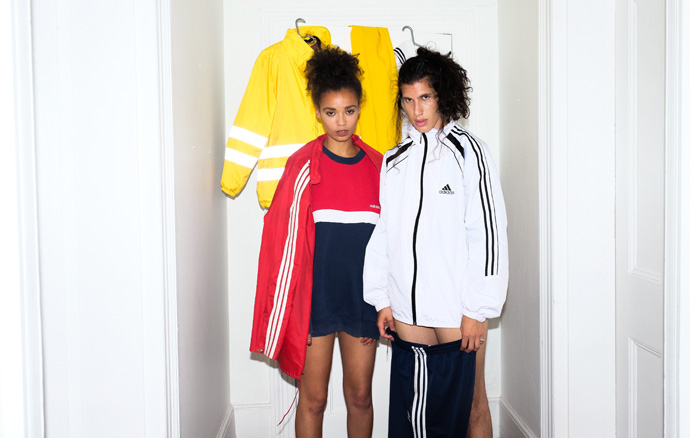 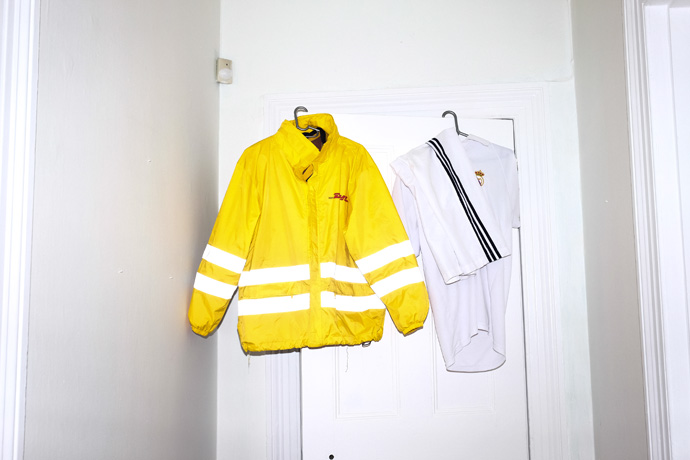 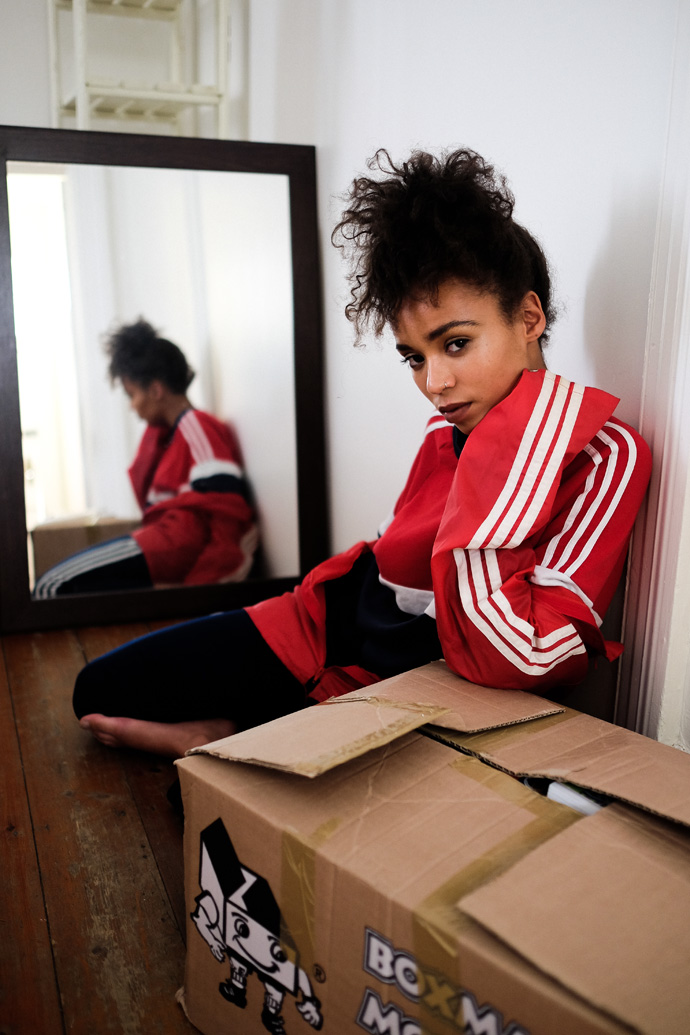 All Eyes On: Iasonas Laios. Photography by Doh Lee

All garments were sourced from Vintage and The City / Instagram: @vintage.andthe.city