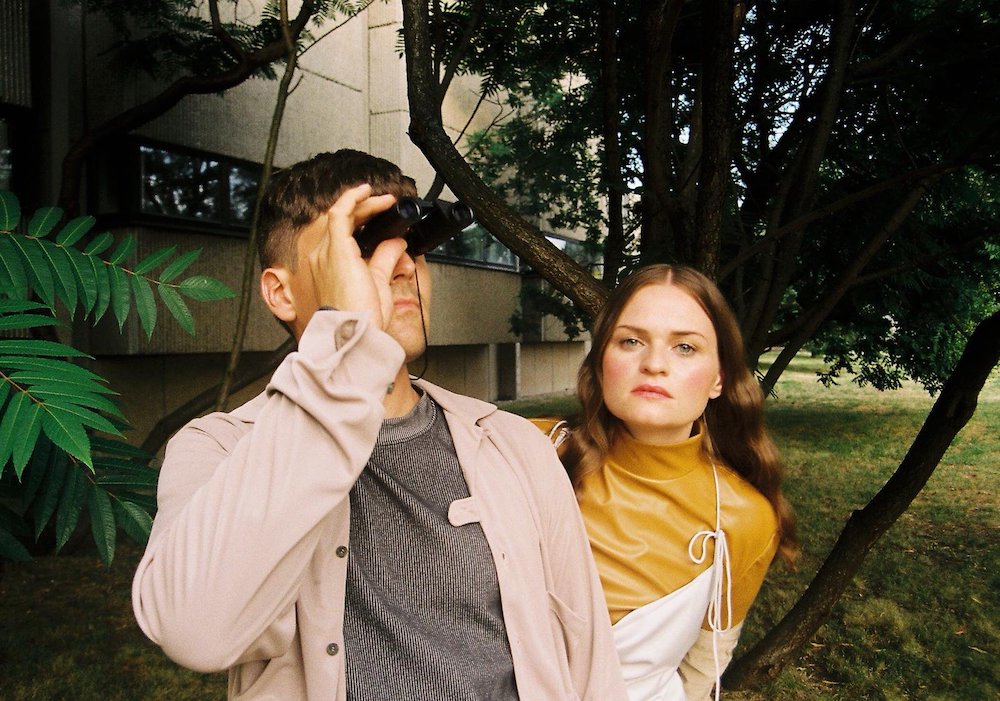 Shot by the talented folks over at Nous Film, the video for ÄTNA‘s ‘Ruining My Brain’ exudes a sense of freedom and liberation as the camera pans over vast, open spaces found amongst the duo’s homebase of Dresden. Inéz (vocals, synth, fx) and Demian Kappenstein (drums, fx) break free of their concrete surroundings, emerging from the depths of an open-cast mine – flag and all – straight into a gabber dance-off. ÄTNA describe the video as “A reflection of our present – overwhelming influences all around and our brains struggle to deal with it.” A story that unfolds a little more after each round, ‘Ruining My Brain’ is a triumph both cinematically and aurally.

No matter how hard people might argue about it these days, in the end unity seems to be the only solution. Everything’s connected – individual and society, music and aesthetics, composition and deconstruction. It’s impossible to ignore the bigger picture and ÄTNA are a band that include this understanding deep into their artistic DNA. Apparently opposing forces are united as the duo explore the boundaries between accessibility and abstraction. It turns out that strong emotional notion and a certain sense for eclecticism can work together pretty well.

ÄTNA are singer and multi instumentalist Inéz and drummer Demian and if you listen to their music it’s hard to believe that this mighty sound was crafted by only two musicians. But the most jaw-dropping aspect remains the distinctive music itself. ÄTNA unfold an energetic , highly percussive , dark and twisted version of pop that isn’t afraid to take risks. Their music is an adventure, to say the least, riding between powerful extremes whether sensual tenderness or raw furiosity. From dream state to outburst – the abstract beats, playful piano and determined vocal work of Inéz make switching between multiple moods sound effortless. Somewhere between James Blake, Fever Ray and White Stripes the two artists have created their own microcosm.

And this place feels like a total work of art, defined by the bigger picture these two are painting. They lost interest in genre limitations and boundaries long ago. “For us aesthetics is a form of expression just like music”, Inéz and Demian state about their ambitious audiovisual art and if you take a closer look at their thoughtful videos you can only agree. Their live shows are dominated by presence, intensity and contrasts, resulting in a hypnotic and playful joint venture. You are highly welcome to celebrate both – euphoria and honest sadness right here, maybe even simultaneously. If you want to you might label that “art pop” but that would only exclude other possibilities. And if ÄTNA is about inclusion. In a time when people call for strict borders and clear definitions this band delivers an alternative – one that is meant to unite and not separate. In the end it’s the raw emotion that triumphs.

ÄTNA create an artistic stream of ideas, and welcome you to get carried away by it.