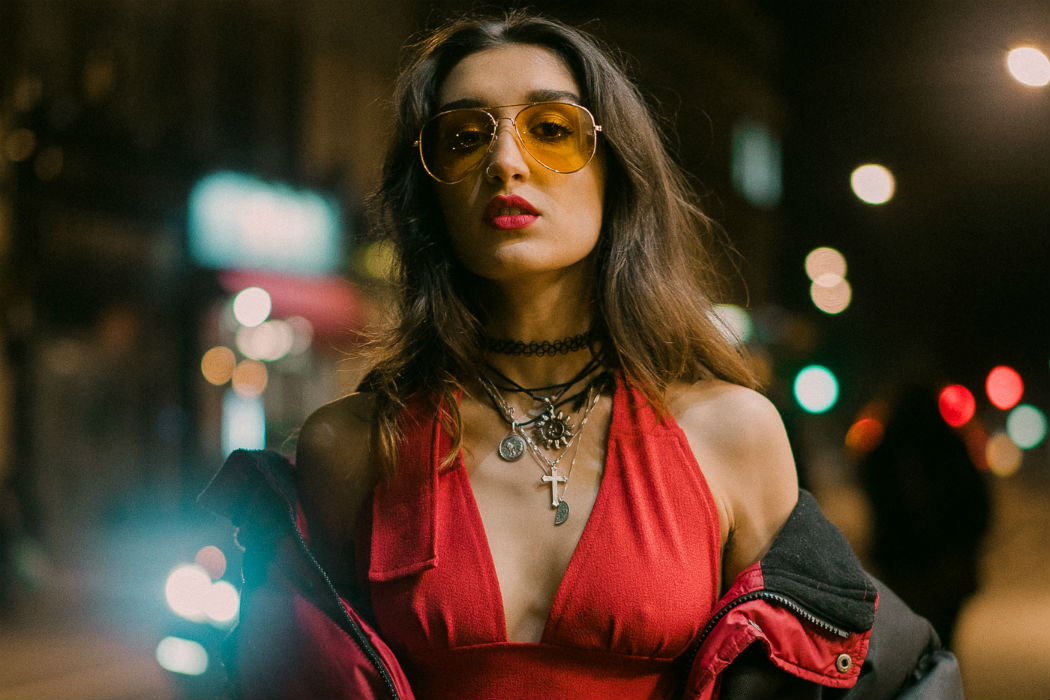 As she works in the studio on her much anticipated EP ‘Red Tape, Vol. 2’, alt-RnB Londonder Caitlyn Scarlett announces brand new track ‘Ornaments’ produced by Raf Riley (Diplo, Emile Sandé, Major Lazer). ‘Ornaments’ follows previous track ‘Happy When’ and is accompanied by visuals that portray an emotionally exposed Scarlett as she depicts rocky relationships and anxiety in today’s world, “People are like ornaments in shops I can’t afford, expresses difficulties I’ve faced with approaching, trusting and understanding others… I feel like this song shows a lot of the real me, like reading out my diary. A vulnerable banger…”

I thought the video for ‘Ornaments’ should be simple but striking, with undertones of isolation. I also wanted to shoot on real film because I love instant nostalgia and hazy romantic visuals, so we used 35mm and had colour themes for each location which we coordinated the styling with. From my own experiences with social anxiety I think that one common symptom of a deep underlying need for human connection, is to constantly reject others and pull away from society, as a self defence. I wanted the video to carry that theme metaphorically whilst also being aesthetically pleasing to watch reinterpret as desired.

‘Ornaments’ is a continuation of a career full of promise. Born and raised in a small village called Bray, Caitlyn started writing her own songs at the age of nine. A self-taught guitarist and pianist raised in a musical household, she left home at seventeen for the bright lights of London, a move that looks to have paid off in spades as Caitlyn becomes one of the UK’s hotly anticipated acts for 2018.