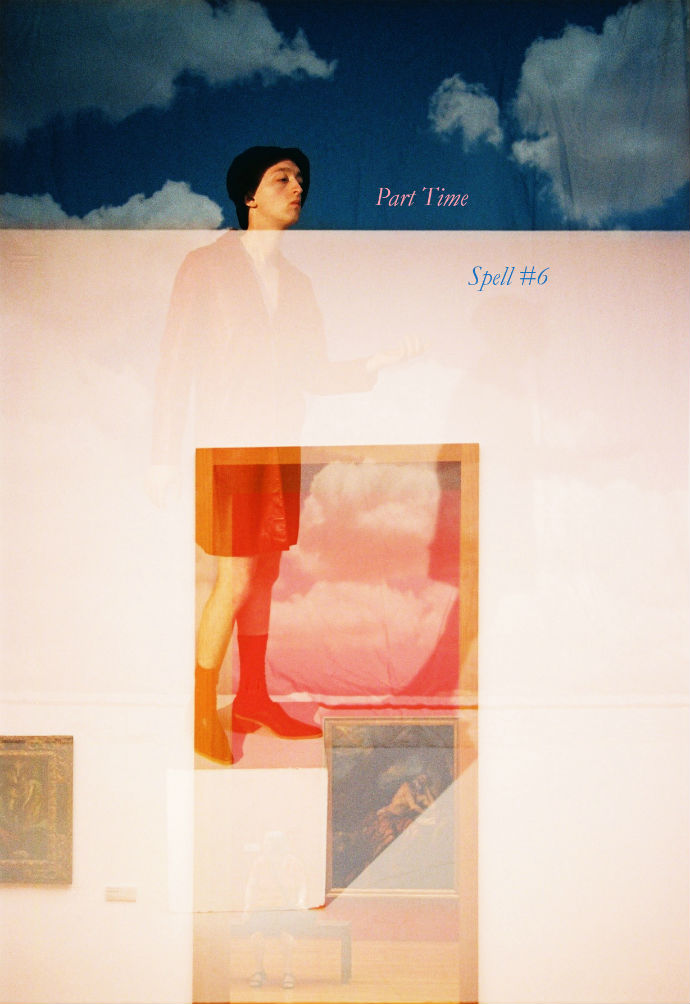 L.A-based musician Part Time, the moniker of David Loca, unveils enchanting visuals for ‘Spell #6’ starring London-based model/photographer Arthur Comely. ‘Spell #6’, the aptly named lead single and title track from the frequent Ariel Pink collaborator’s sixth album, is a melancholic ode to falling in love. Directed by Conor Rollins, the video takes a look at the moral dilemmas a model has to face when unexpected distractions take hold of a fashion shoot. Comely begrudgingly takes centre stage as his mood slowly, but surely, turns sour. He packs up to leave but finds solace in the most surprising of places.

Nearing a decade old and with a discography reaching deep into double figures across several different labels (Mexican Summer, Burger, Plastic Response Records) David Loca’s work under the Part Time moniker really shouldn’t require any introduction. Nonetheless, the release of what is officially his sixth album, fittingly titled Spell #6, does signal something of a re-birth and provides a compelling entry point for anyone new to Loca’s prolific output.

Whereas previous albums were notable for a charming lo-fi production, Spell #6 takes Part Time uptown. “I describe this album as ‘my studio album’, because it was entirely re-recorded at my drummer Walter Byer’s studio, unlike most of my past releases being bedroom experimental pop recordings.” Loca produced the record himself, impressively appropriating a classic 80s pop sound that recalls some of the more grand productions of that era – think Stephen Street’s expressive production on ‘Last Night I Dreamt Somebody Loved Me’, Crowded House and The Church’s widescreen interpolation of Paisley Underground jangle, and there’s even traces Gerard McMann’s grandiose ‘Cry Little Sister’. In that sense, the record stands as an outlier in Loca’s catalogue, and in doing so sheds the sometimes limiting trappings of bedroom recording

Though it is Loca’s project, Spell #6 sees him joined by a consistent supporting cast of fellow writers and performers who add a poise and deftness to his vision, most notably Ariel Pink, who makes a guest appearance on lead single, ‘I Can Treat You Better’. A lead single for its obvious earworm qualities, it also functions as an ideal snapshot of the lyrical themes that run through the entire record: romantic gestures and unrequited love, bad decisions on hot nights/hot decisions on bad nights, and unpinning it all, LA. For this is evidently a West Coast record, like a 2018 take on To Live and Die in LA: expansive, grand, and not a little crazy (in love) from the heat.

Sunday 05 May 2019
Part Time
Constellation Room at the Observatory, Santa Ana, CA, US