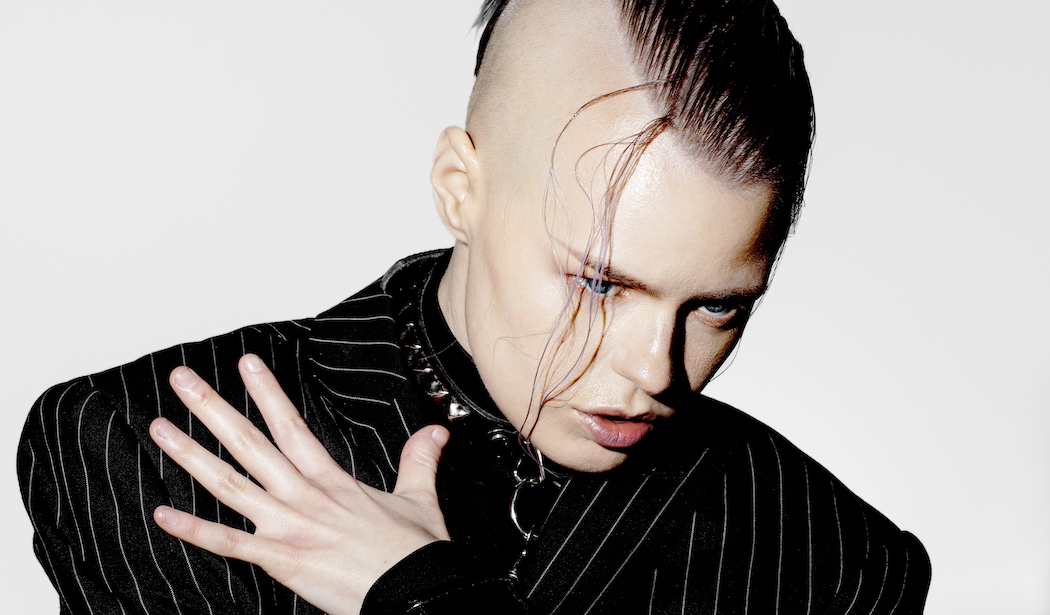 Set in a post-apocalyptic, dystopian world, REIN is on a high-energy mission in her short movie directed by Gia Panfichi for her album REINCARNATED. The clip goes hand-in-hand with the re-release of the synth-laden single ‘Dystopia’ and is guaranteed to please any hardcore Blade Runner fan. “I want the people to interpret the song themselves,” REIN explains on the release. “I always wanted to write the perfect song about a Dystopian future. I’m very proud of it.”

The Stockholm-based artist, producer, and label owner REIN kicked off her career in 2016 with her self-titled EP and following through with the “FREEDOOM” EP in 2017 where she collaborated with the death electro founder (Owl Vision).

REIN has since amassed positive critical reception in her home country. Her unique sound and style led to two P3 Guld nominations (Swedish National Radio P3) in the categories “Newcomer of the Year” and “Dance of the Year” in 2017. Her hard-edged, explicitly anti-authoritarian, woman empowerment music has drawn influences from various styles from electronic music.

With cult hits such as, “Missfit,” “C.A.P.I.T.A.L.I.S.M.,” and “I Don’t Get Anything but Shit from You” she has appeared on Sziget Festival, Electrowerkz, Vega, Reeperbahn and Eurosonic.

In 2019 she did a collaboration with Tony Senghore and Joakim Åhlund (Teddybears) covering the famous 90’s hit “Electric” by Leila K. The song was added to the Volkswagen ad for their new electric cars. Later that year she started her own label REIN RECORDINGS and released her first single “Off the grid” from her debut album. 2020 was the year she released her critically acclaimed full-length debut album, “REINCARNATED” where she collaborated with co-producer Carli Löf from (Off the meds). With “REINCARNATED” she offers a more polished, futuristic take on influences that nevertheless makes no compromises. She also won the prize from SKAP (Sweden’s music creators & composers organization) for best electro.